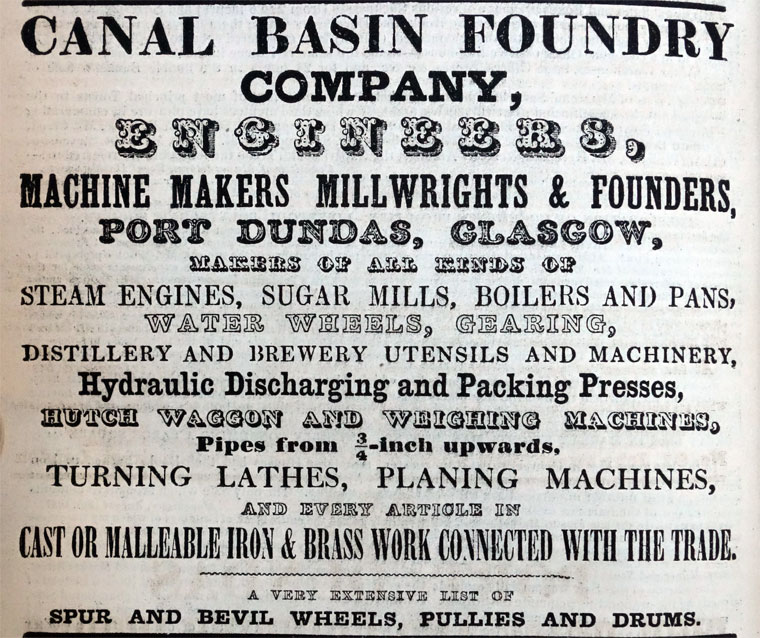 c.1857 John Turnbull Junior became an apprentice under his father at the Canal Basin Foundry.

1857 In respect of the sequestration of The Canal Basin Foundry Co, Engineers, Millwrights, and Founders, Port-Dundas, Glasgow, and Adam Malcolm, Engineer, Millwright, and Founder, Glasgow, and John Turnbull, Engineer, Glasgow, the Sole Partners of said Company, as Partners thereof, and as Individuals, John Turnbull made an offer of composition and security thereof. A meeting of creditors was held to decide on acceptance of the offer[2]

Later Turnbull, Grant and Jack were in business at the Canal Basin Foundry