This bottle is at Melinsey Mill 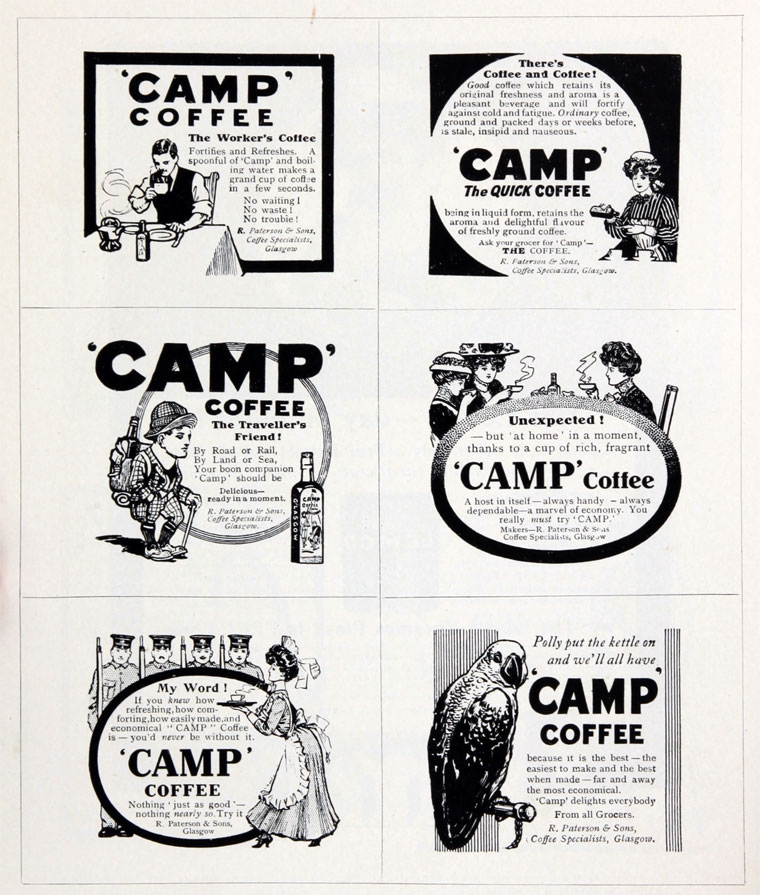 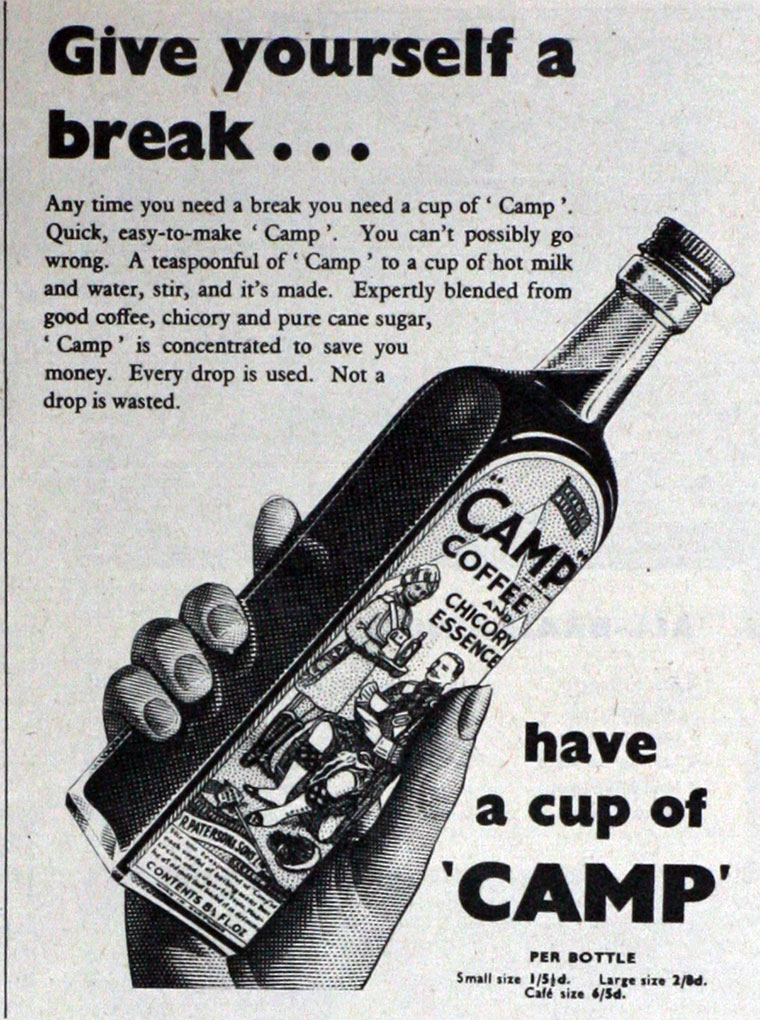 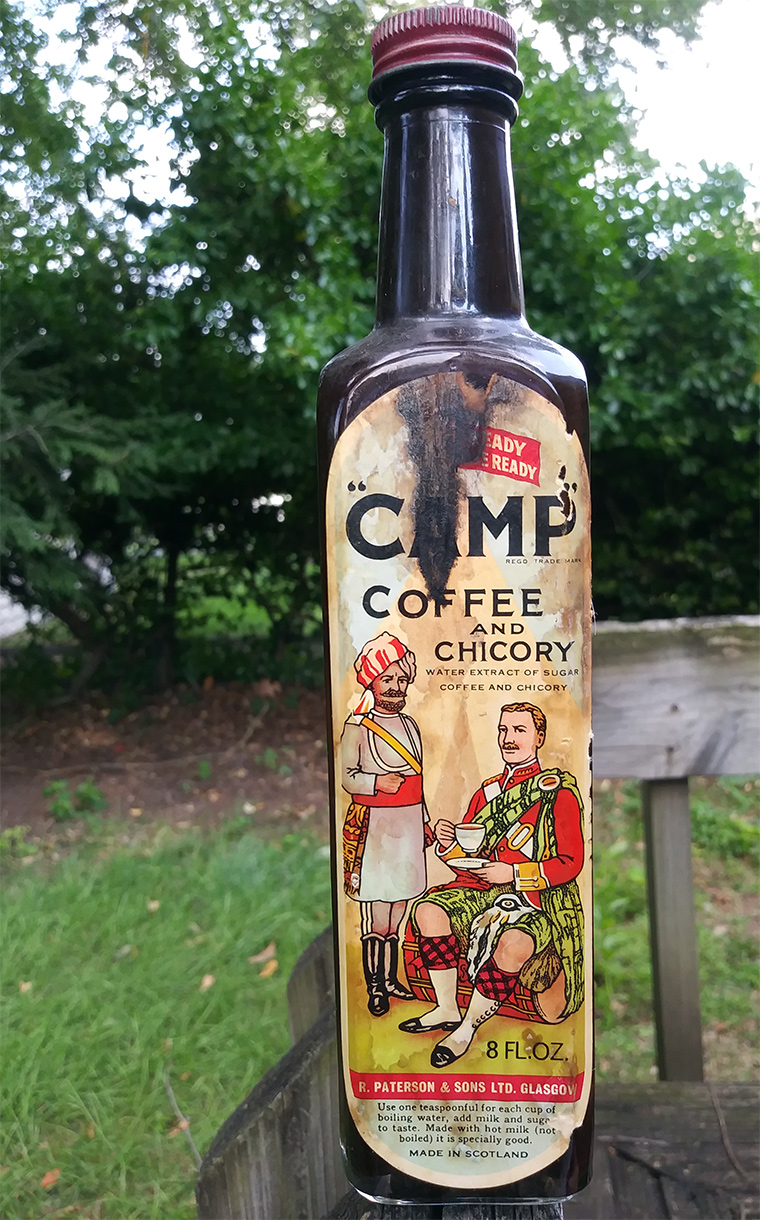 Camp Coffee is a Scottish food product, which began production by R. Paterson and Sons at a plant on Charlotte St, Glasgow.

Camp Coffee is a glutinous brown substance which consists of water, sugar, 4% coffee essence, and 26% chicory essence. This is generally used as a substitute for coffee, by mixing with warm milk in much the same way as cocoa, but it is commonly found on baking aisles in supermarkets as it is also used as an ingredient in coffee cake and other confections.

1906 The word Camp was registered.

The label originally showed the Indian holding a tray with the drinks. This was changed sometime after 1955 by removing the tray from the image so that it appeared less like 'servant and master'. In 2006 it was changed again so that both persons were seated together in response to accusations of racism..