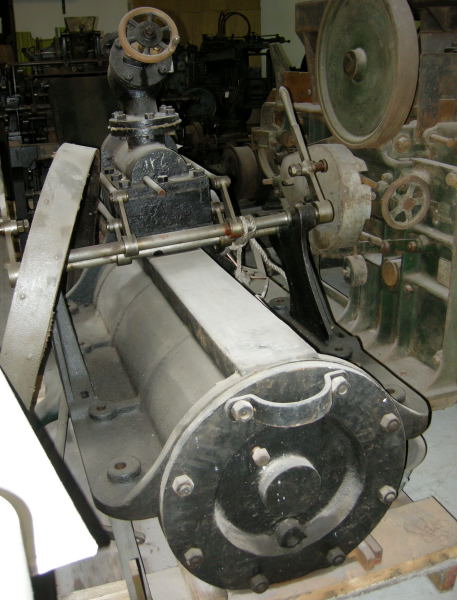 Bush and Beddoe plate punching machine, formerly on display at Bristol Industrial Museum, and now in the reserve collection at in Bristol's 'M Shed' 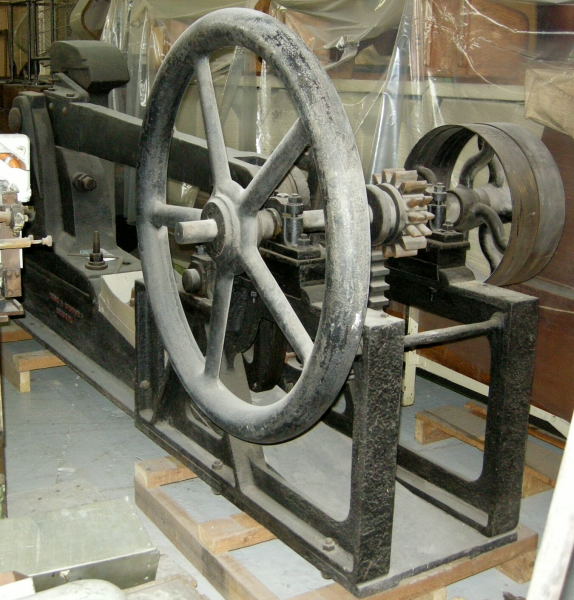 The punching machine in the 'M shed' reserve collection 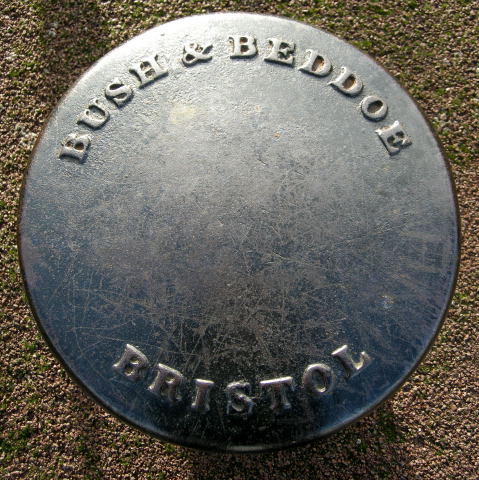 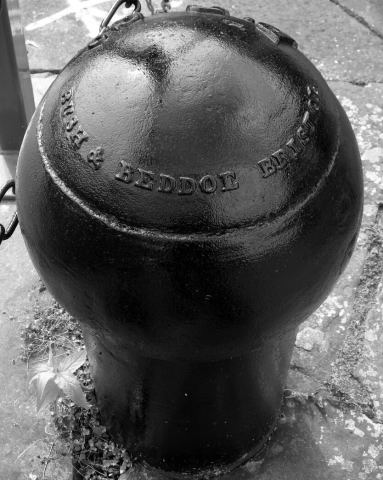 The remains of Cheese Lane in 2012. Here, skilled men and hot metal have been replaced by 'service' 'industries' 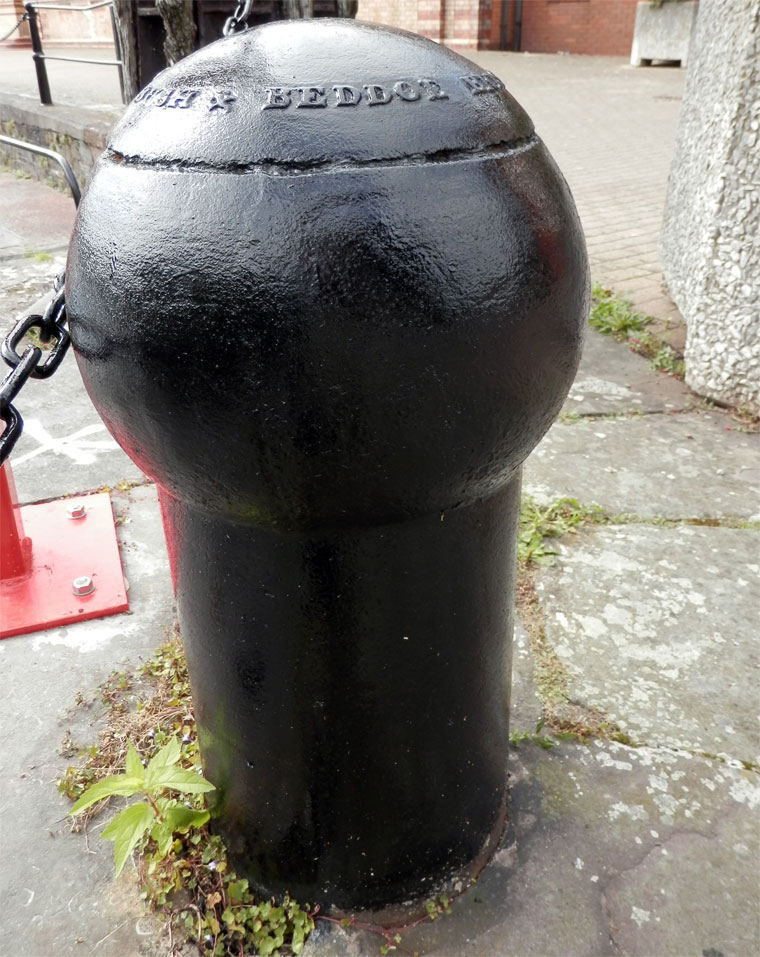 The foundry was previously occupied by John Winwood (founded in 1764 according to advertisements).

1839 'Great Western Company's Iron Steam Ship.- We were much gratified on Wednesday last in witnessing, at Messrs. Bush and Beddoe's (late Winwood's) iron-foundry, the open casting of a beautiful oblong plate, 17 ft. 6 ins. long, by 7 ft. 6 ins. wide, and 3 ins. thick, for the above Company, for the purpose of bending the iron plates to be used in building the new iron steam-ship. The plate, which is estimated to weigh between five and six tons, contains 2,236 cores or holes, and 48 counter sink cores. By the kindness of the proprietors the wives and friends of the workmen were admitted to a view of the process of the casting, and the energy and precision manifested by those employed in the work reflected much credit on the establishment. [1]

1840 Bush and Beddoe had a brief shipbuilding interlude from 1840, launching the iron paddle steamer Shamrock in 1841, which went to Sydney for the Hunter River Steam Navigation Co. It was reported that the ship was launched from the New Cut Yard by the Cattle Market Toll Bridge. [2]. A source refers to 'Josiah Gettens of Bristol, who was an engineer employed by Bush and Beddoe who were building three paddle steamers for coastal service in New South Wales and to be named Rose, Thistle and Shamrock. As engineer for the voyage and with his wife and infant, he left Bristol on Shamrock in June 1841 and arrived in Sydney on October 15, 1841. He continued to serve as engineer when the vessel was placed in service mostly between Sydney, Launceston and Melbourne'. [3]. However, according to another source, Rose and Thistle were built in London by William Fairbairn [4]. It was reported at the time that the Shamrock was designed by a Mr Patterson[5]

1843 Built a drag boat for use at Bristol Harbour, designed by Isambard Kingdom Brunel for Bristol's Cumberland Basin[6]. This was 'Dredger' BD6 for the Port of Bristol Authority, and worked until 1961. It was photographed by George Watkins in 1947, who recorded that it had an inclined single cylinder, 16" dia and 3 ft stroke, driving a chain drum via large single reduction gears. The chain was attached to the the quayside, and the boat's flat 'scoop' was applied to drag the mud to where it could be dredged or sluiced away into the River Avon (see Underfall Yard). The vessel's return voyage towards the other side of the quay was done using its winch, a cable being attached to a quayside bollard. [7] [8]. Very fortunately, the machinery was saved, and is safely in store at Bristol's 'M Shed' (see photo)

1846 Thomas Albert Beddoe leaves the partnership and and replaced by Edward Bush. Carrying on the business as engineers and ironfounders in Bristol. [9]

A Bush & Beddoe punching machine is stored in the reserve collection at Bristol's 'M Shed' (see photos). This is a rare early example of this type of machine, used by shipyards and boiler makers to punch holes in plates for rivets, and also the shape plates by 'nibbling' (long before the days of oxy-acetylene cutting equipment). The upper part of the machine probably also incorporated provision for shearing iron bars. The machine would have been belt-driven from the works' lineshafts, the prime mover being a steam engine. Note that three teeth had sheared off the driving pinion, and a repair carried out by screwing in and filing to shape six steel 'dentures'.

Foundry: Cheese Lane was close to and ran parallel with the Floating Harbour, on the north side of the waterway, between St Philip's Bridge and (later) the railway bridge serving the north end of Temple Meads Station. The precise location of the foundry has yet to be identified, but little remains which would have been recognisable to Bush & Beddoe's employees, other than a short length of the cobbled street which has, for the moment, escaped the attention of the developers. In fact the area is now a combination of bland modern office buildings, roads, and wasteland (see photo).

Shipyard: A source[10] says that it is likely to have been the yard from which Acramans launched the first Gosport ferry. However, the precise location has not been identified. Nevertheless it can be concluded, based on the available information, that the yard was on the River Avon (New Cut) about 1/3 mile south of the foundry.