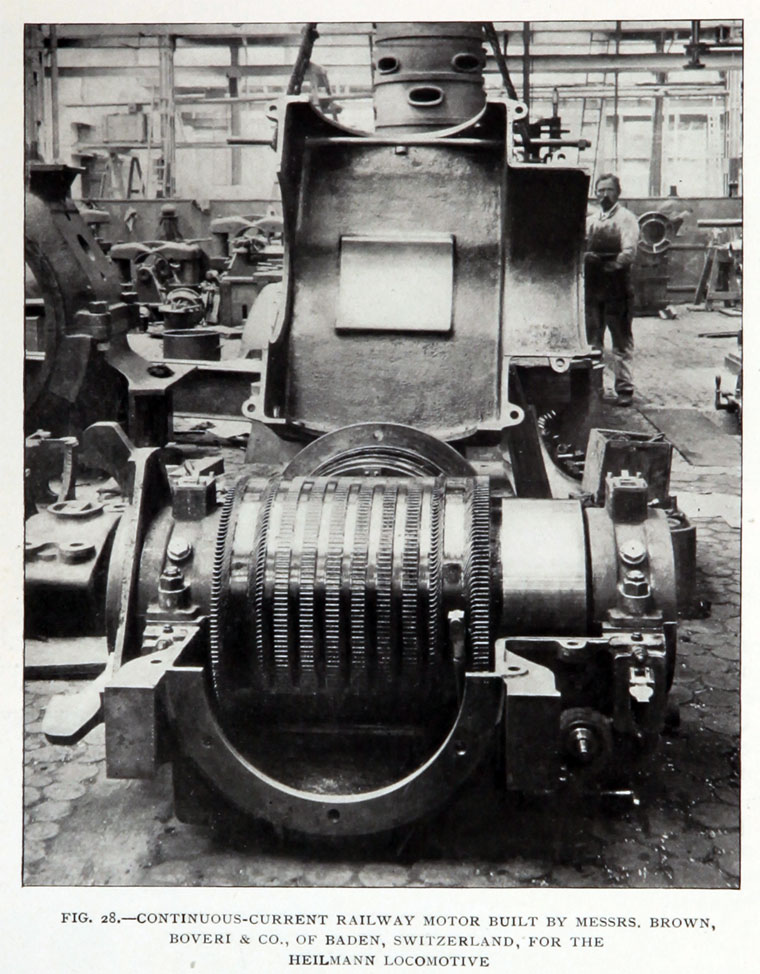 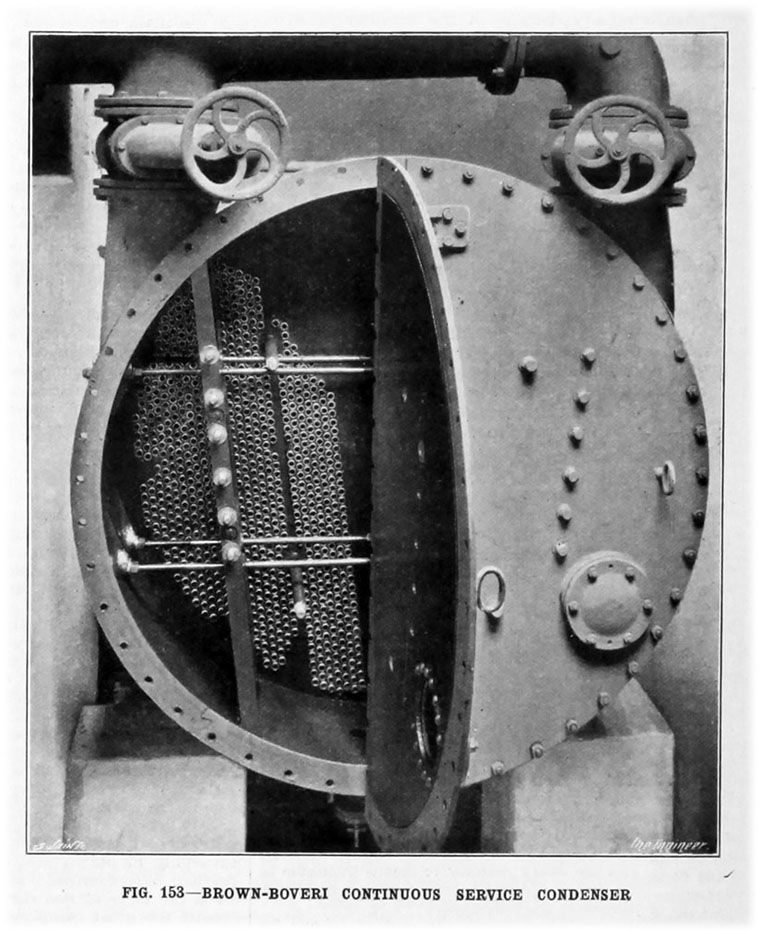 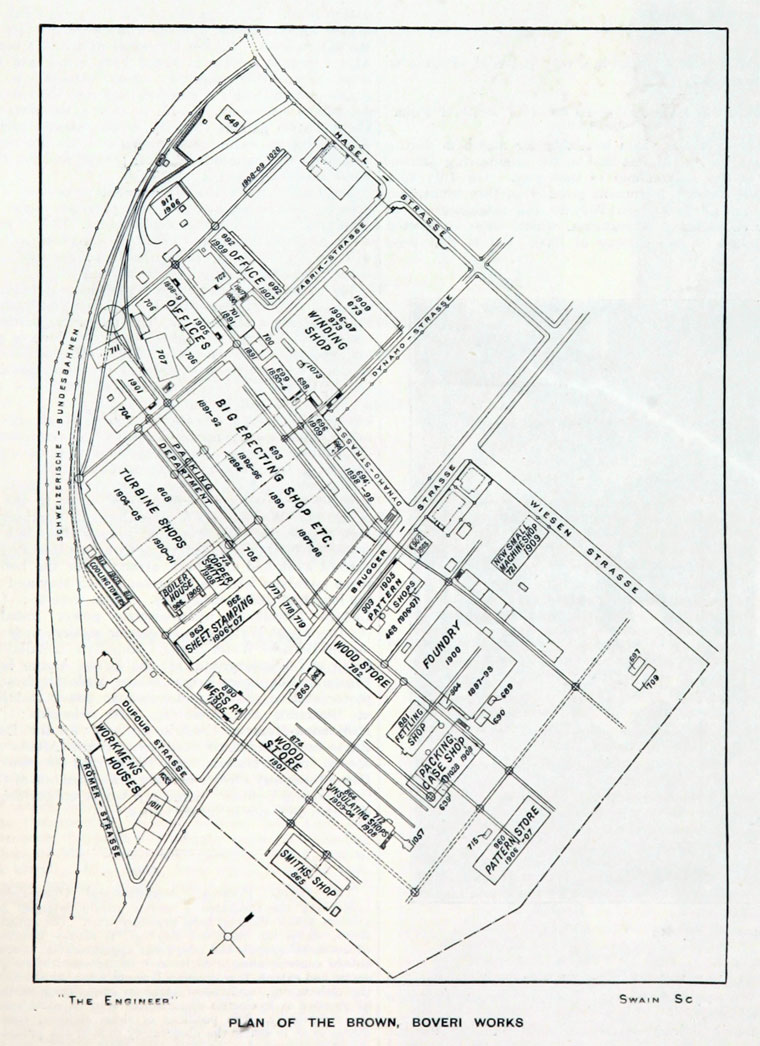 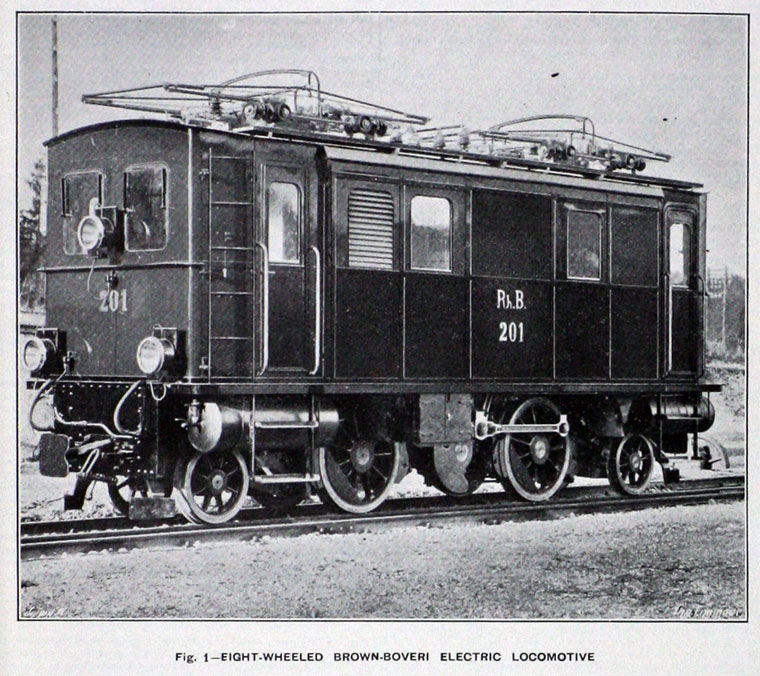 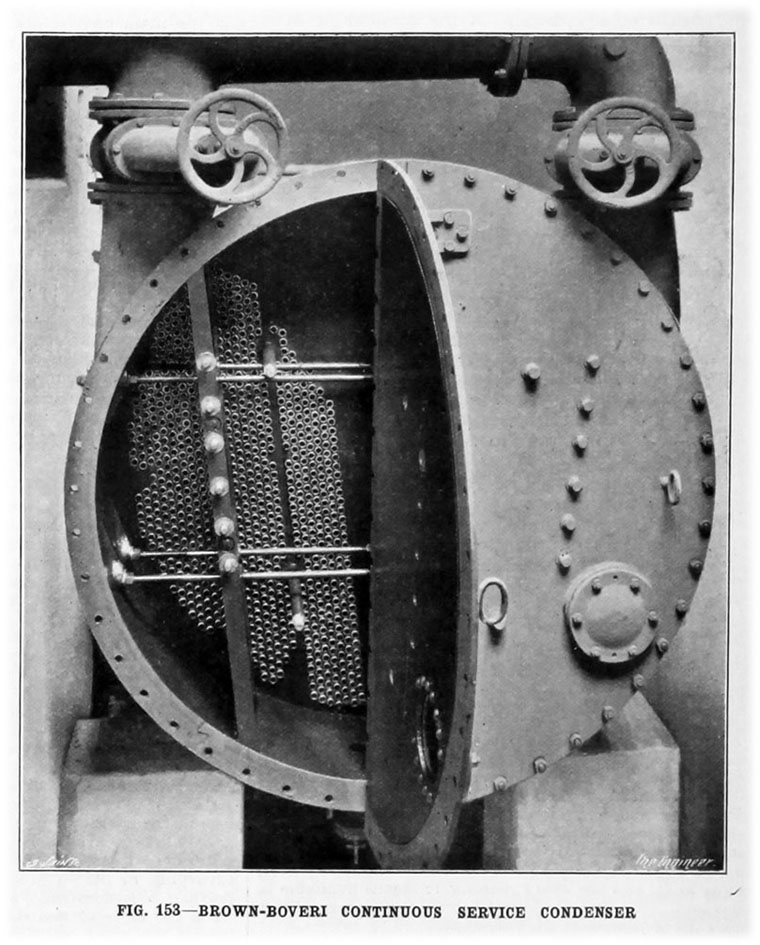 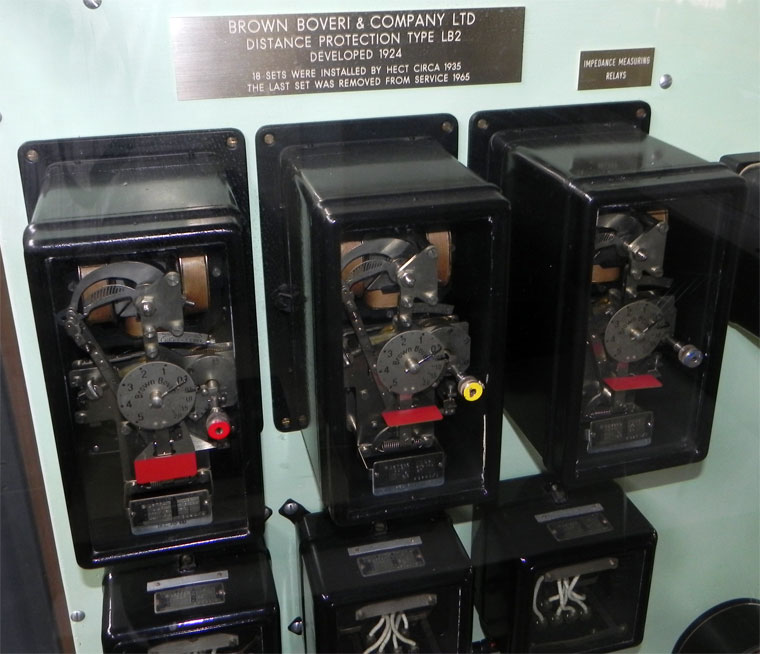 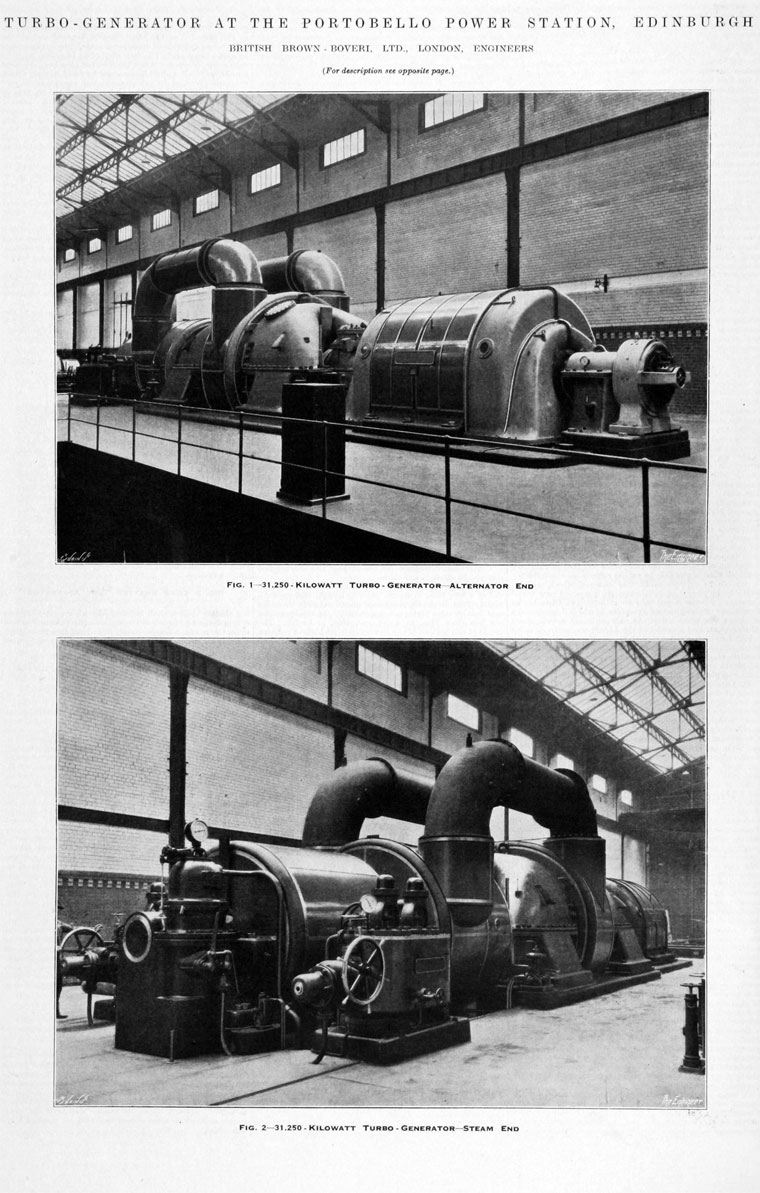 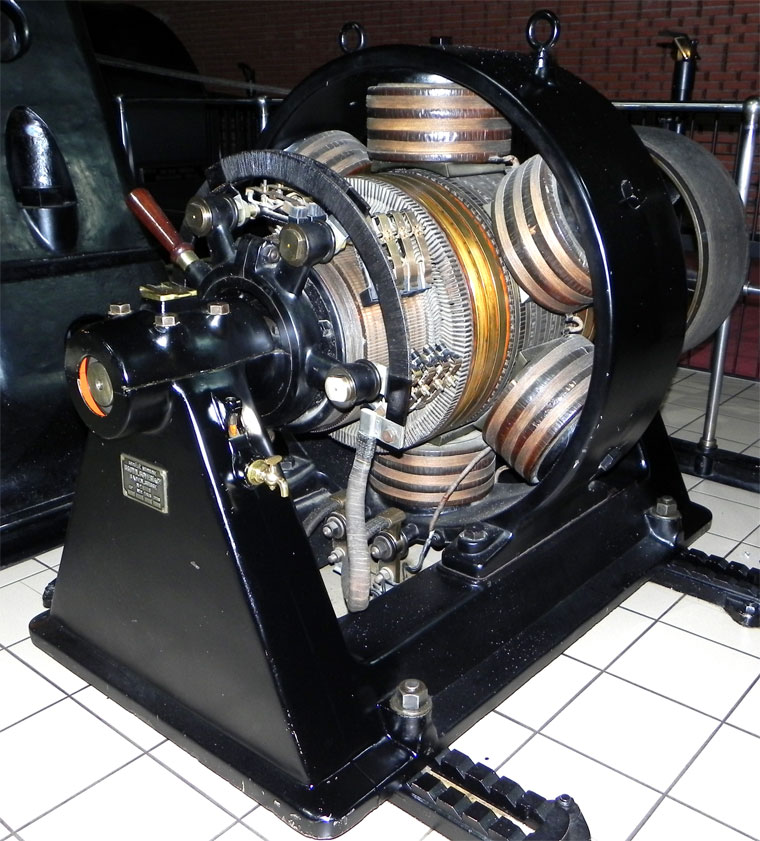 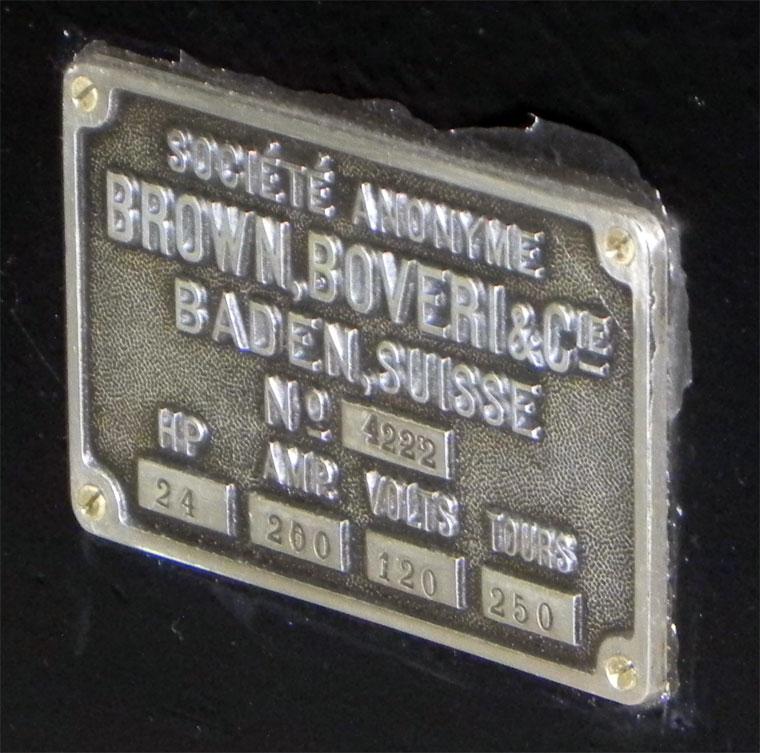 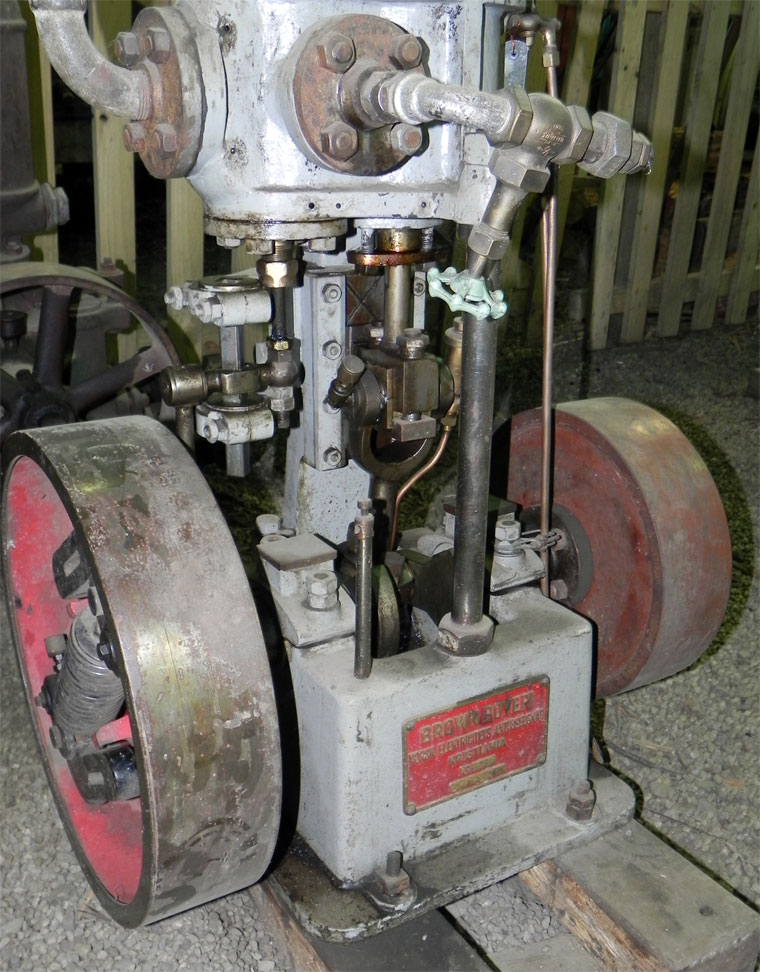 No 96. Exhibit at Pearns Steam World.

1900 Was the first European company to license Parsons' turbine patents[1].

1900s Brown Boveri took the lead in electrification of Europe’s railway network by electrifying, at its own risk, a 20-km line on behalf of the Swiss Federal Railways using 3-phase electification.

c.1914 Brown Boveri supplied the world’s largest steam turbine (40,000 h.p.). Steam turbines became the company's largest and most important product. Set up subsidiaries all over the world but with the main operations in Switzerland and Germany.

By the 1920s, the European Westinghouse Companies had been sold to Brown, Boveri and Co.

1988 Merger between Asea AB of Sweden and BBC Brown Boveri Ltd forming ABB (ASEA-Brown Boveri) with 850 subsidiary companies and 180,000 employees operating in 140 countries. The merged entity became the world’s leading supplier in the electric power industry. At that time ABB controlled as much as a third of Europe’s business and more than 20 percent of the world market. The two parent companies retained their separate names, boards and stock listings.

BREL was later bought out by ABB to form ABB Transportation Ltd.

Later ADtranz was bought by the Canadian conglomerate, Bombardier.