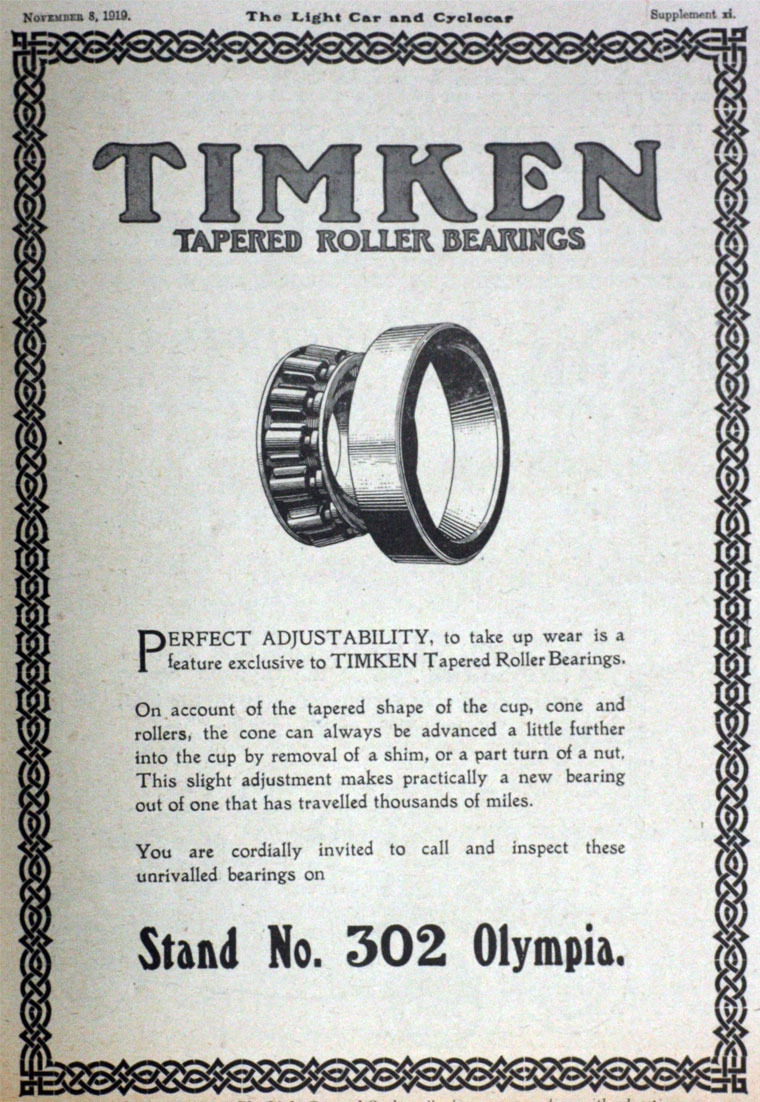 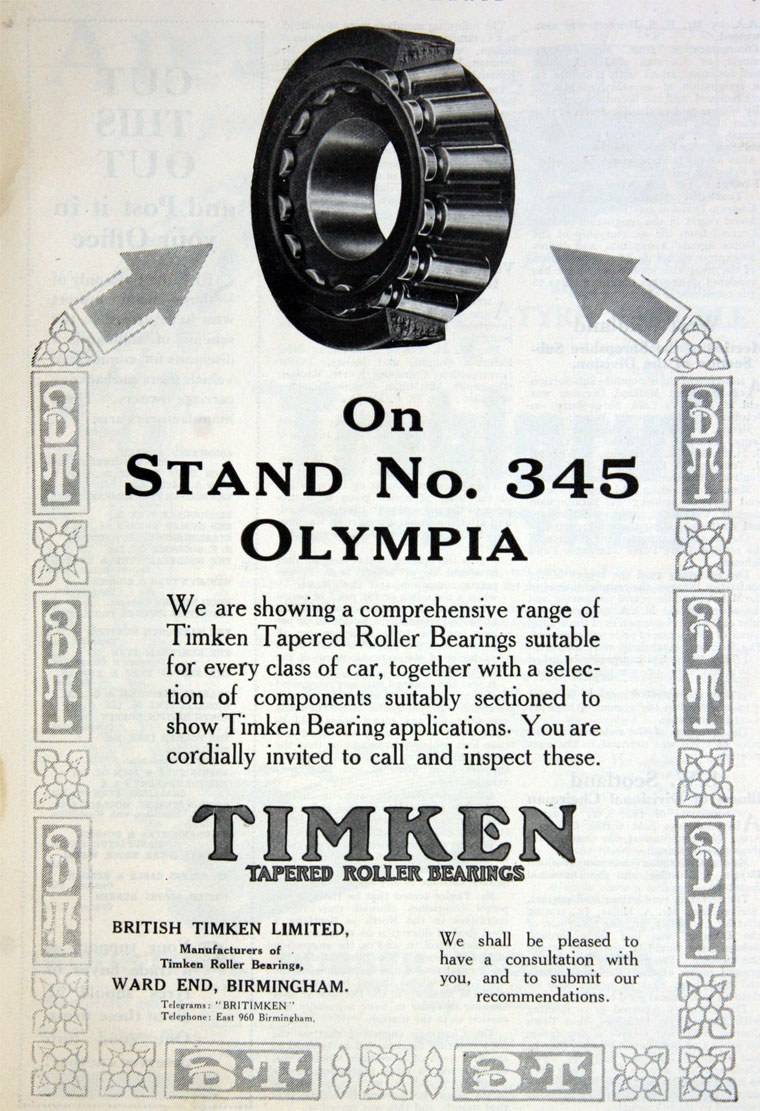 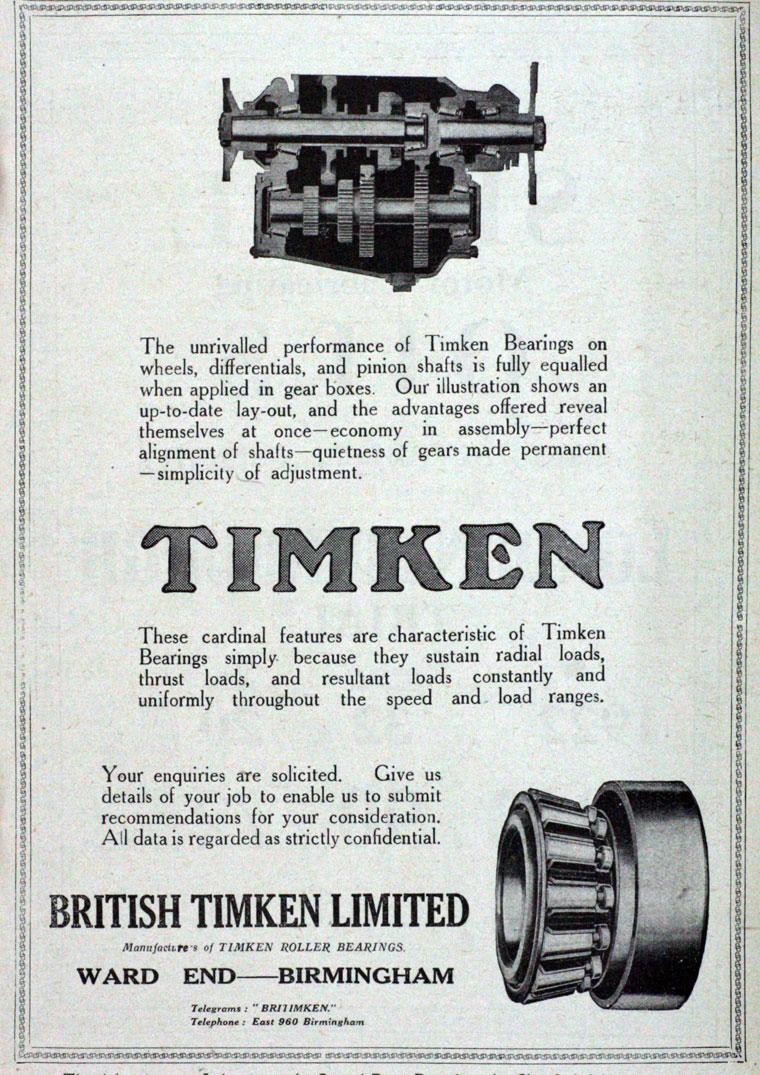 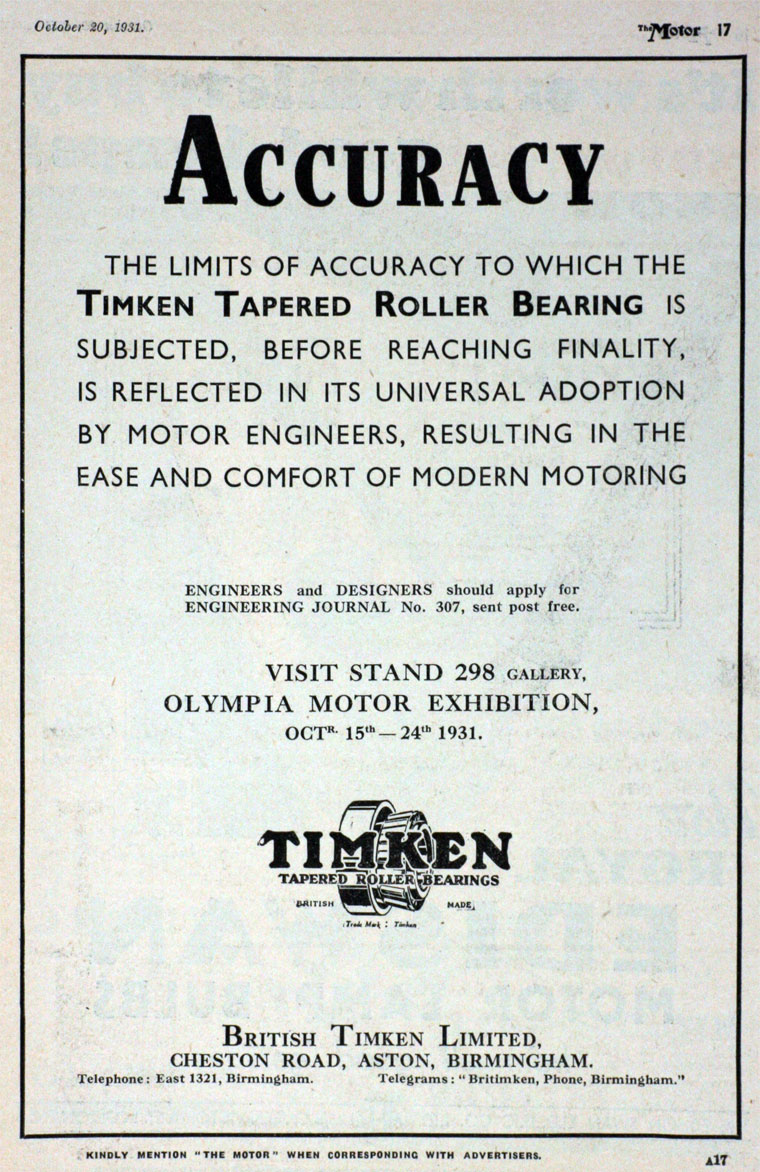 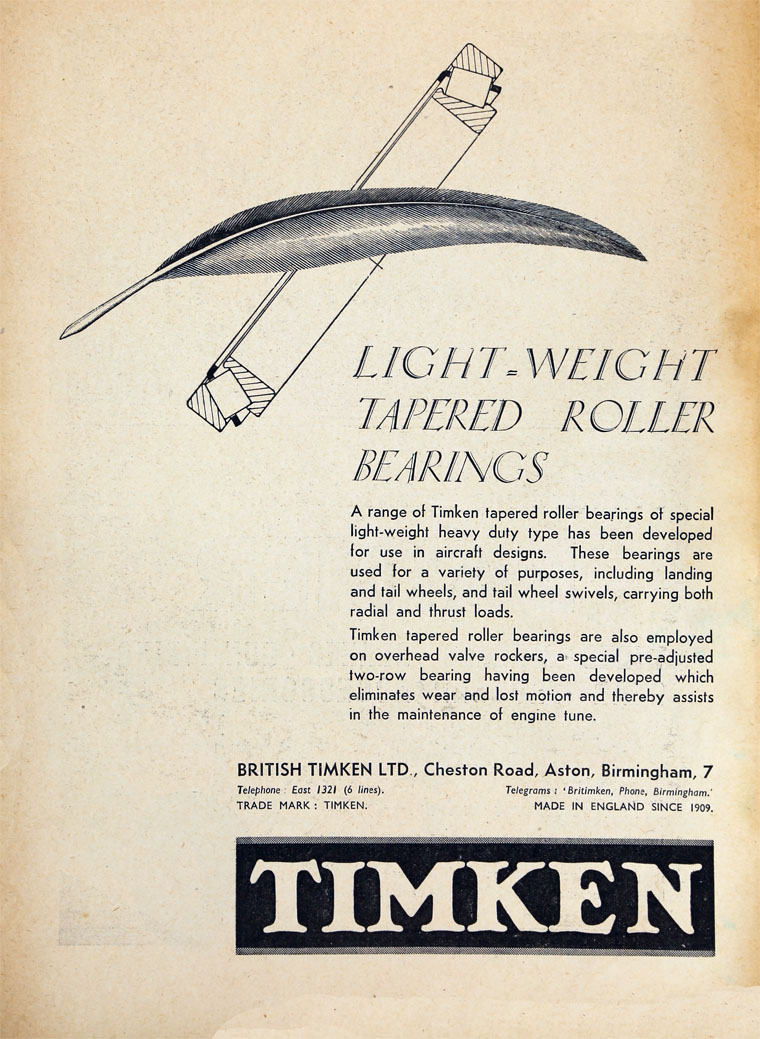 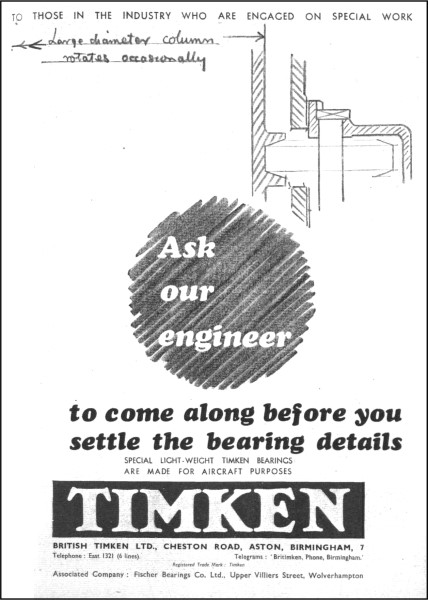 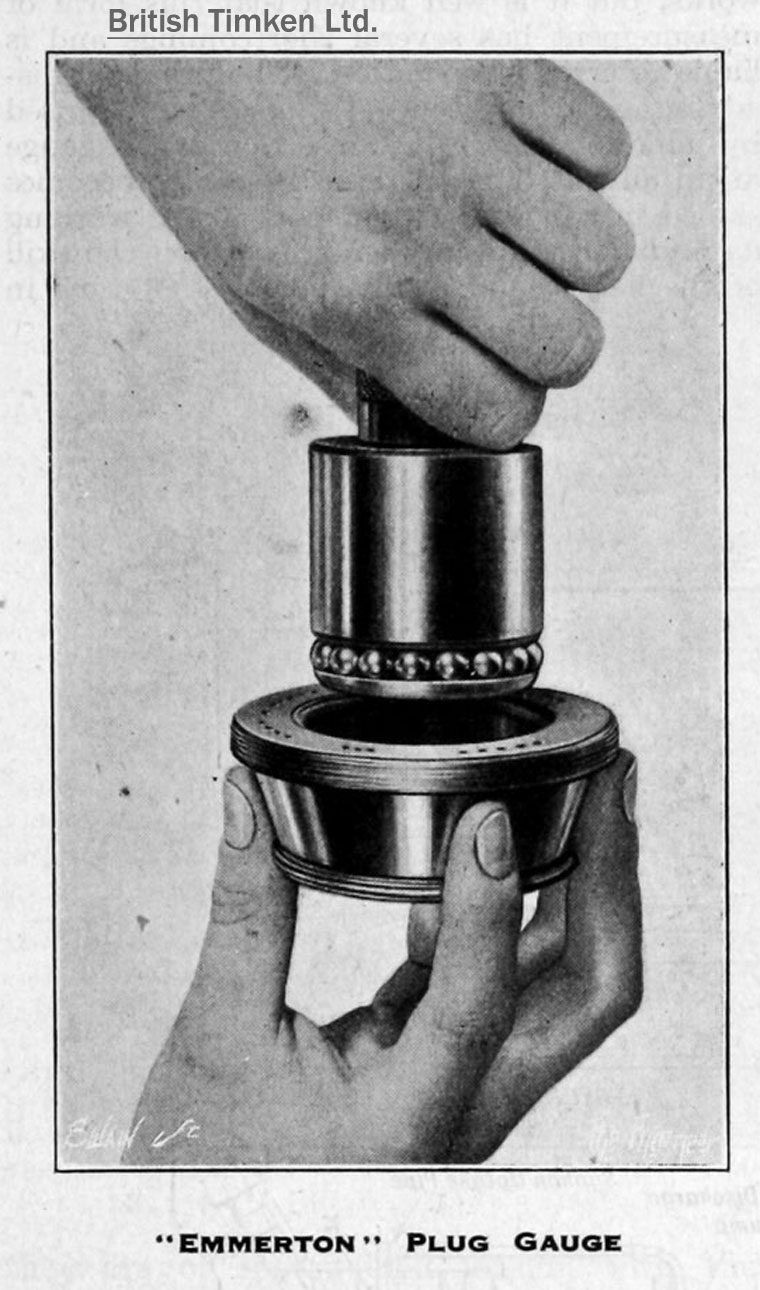 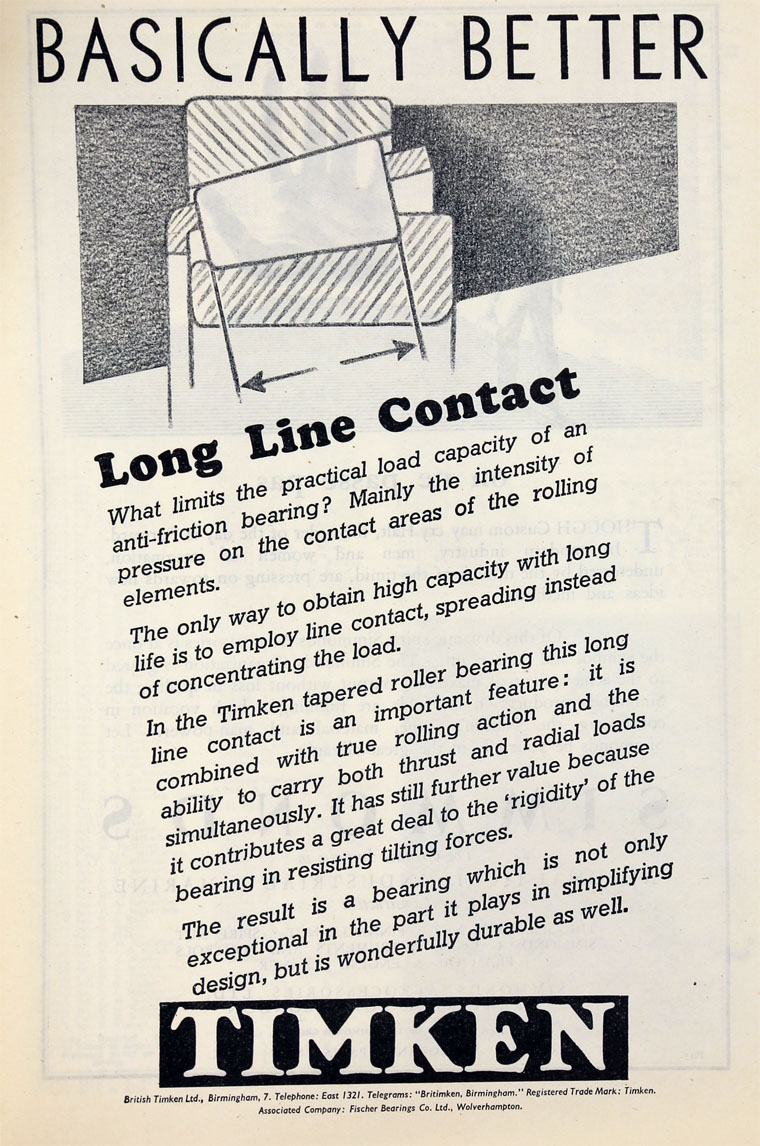 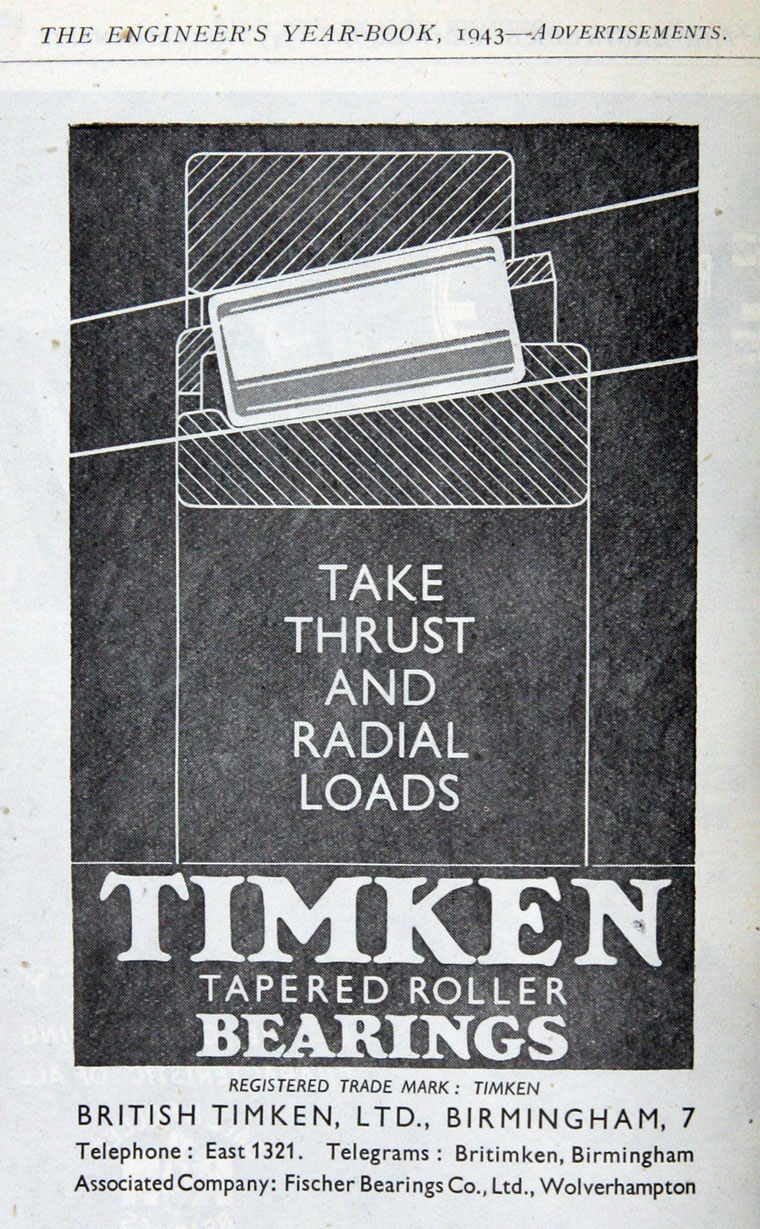 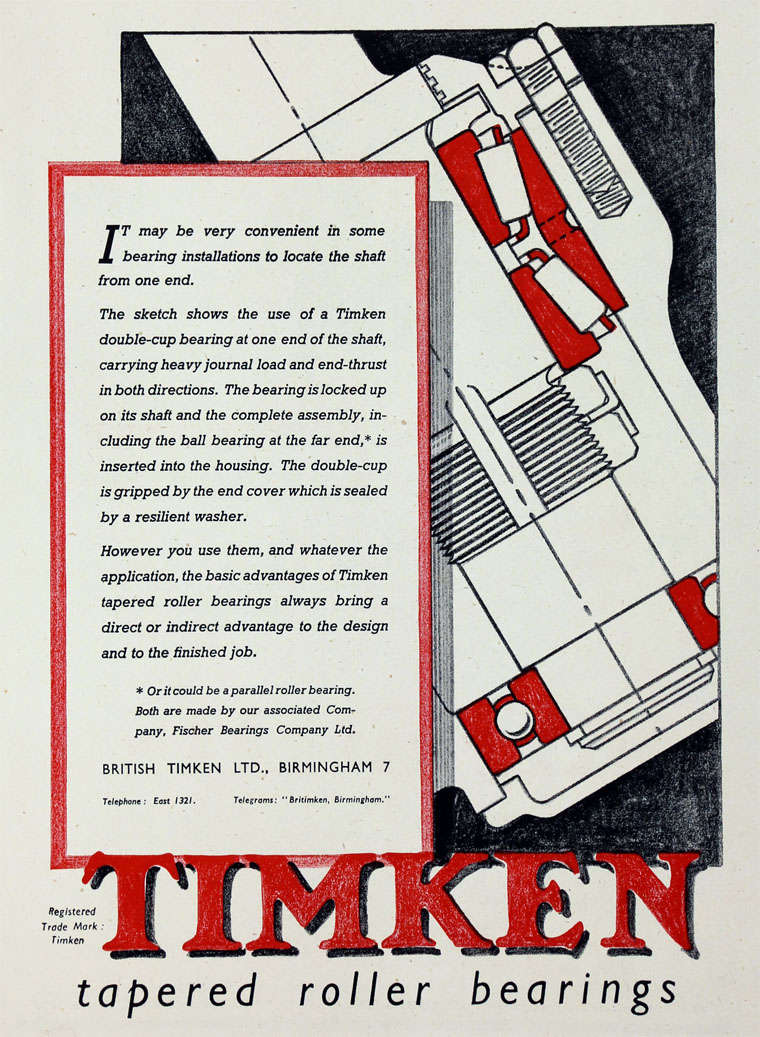 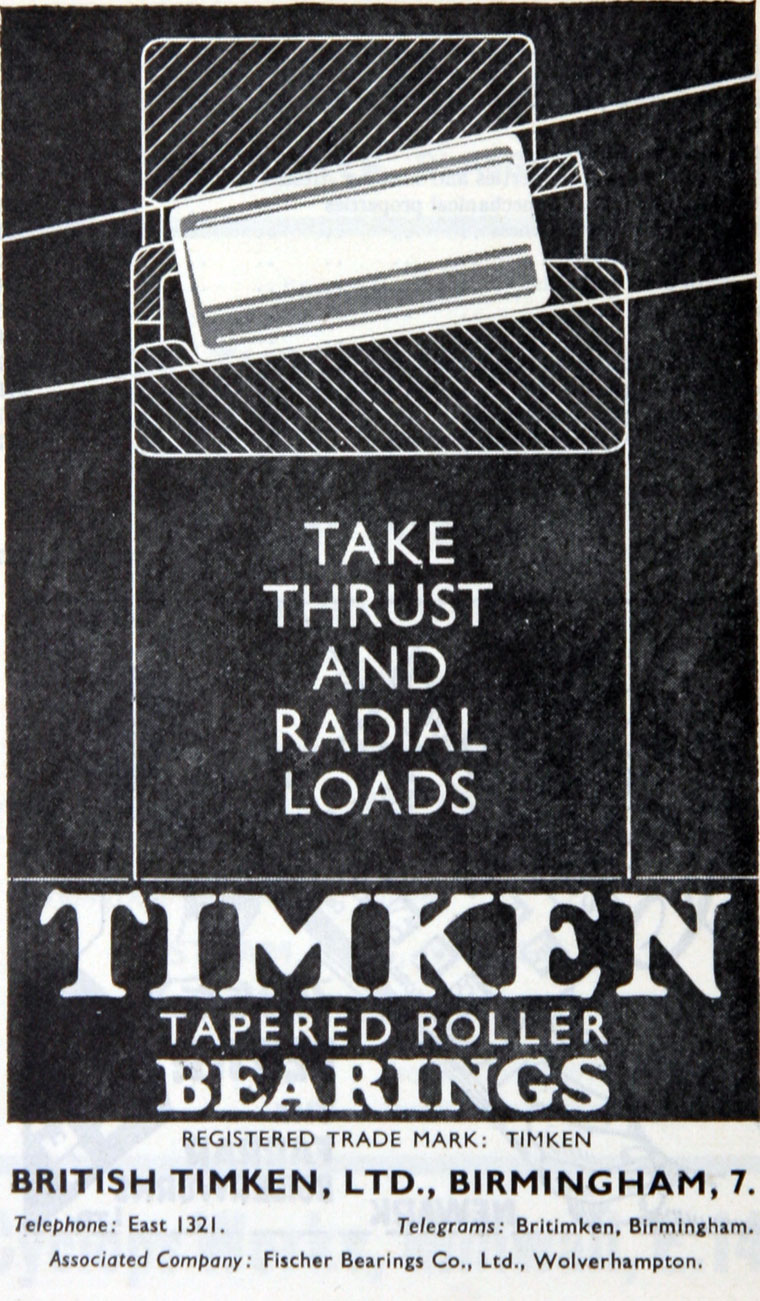 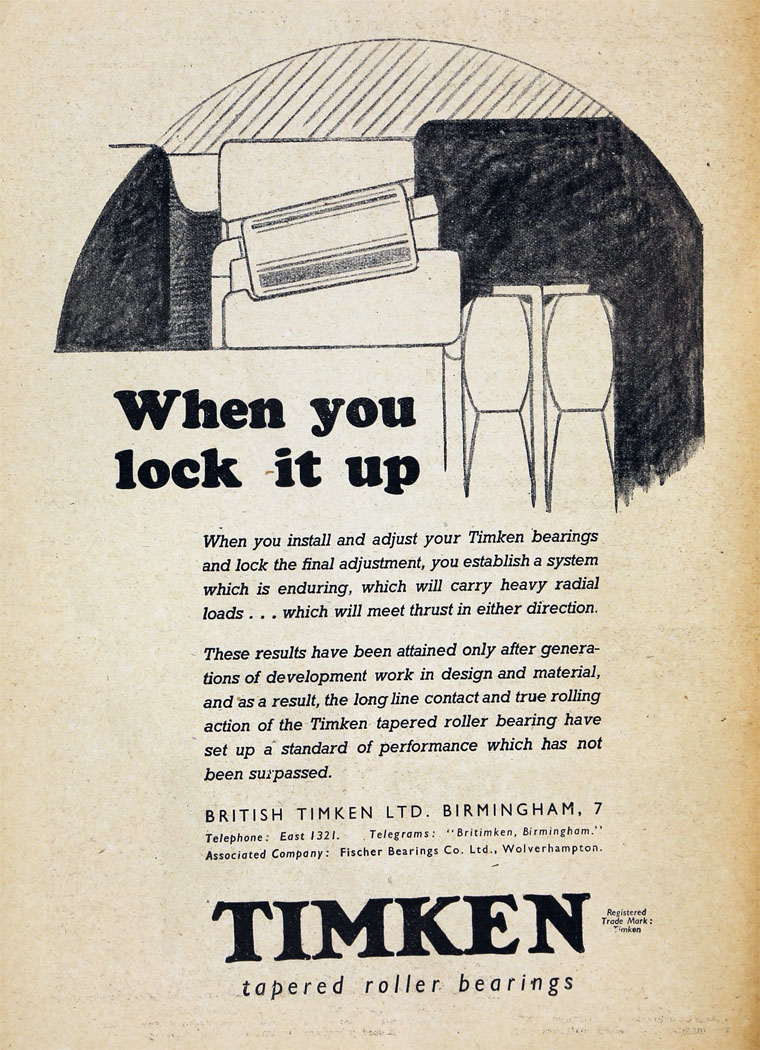 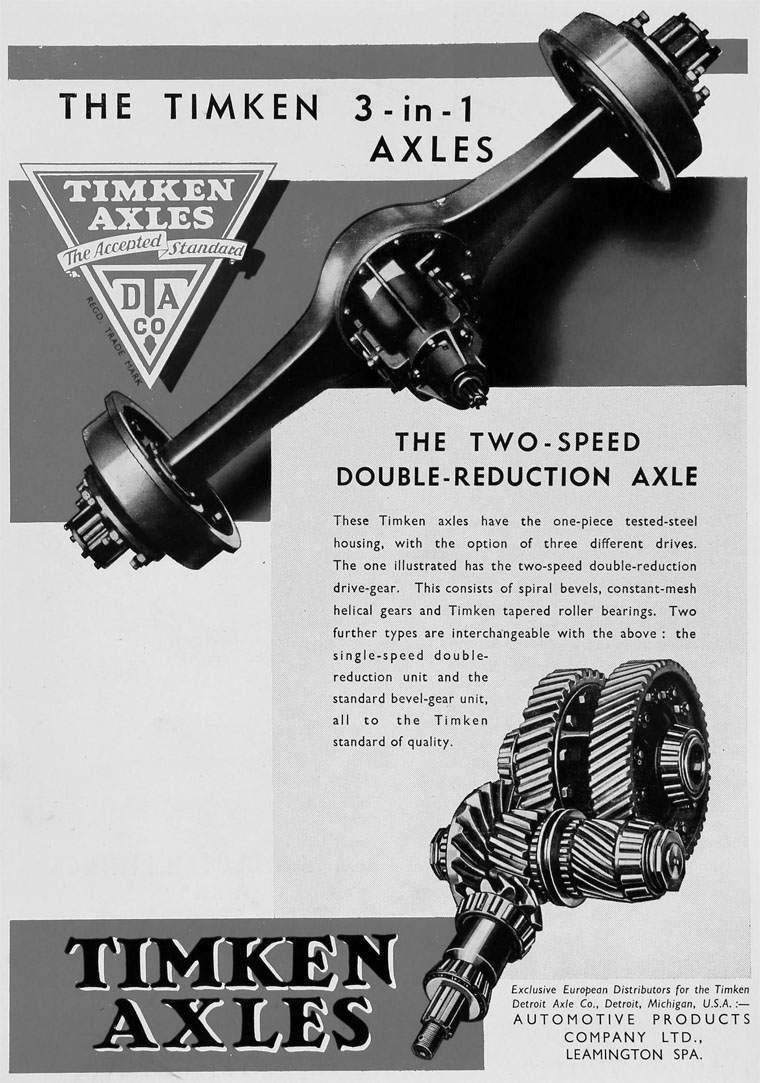 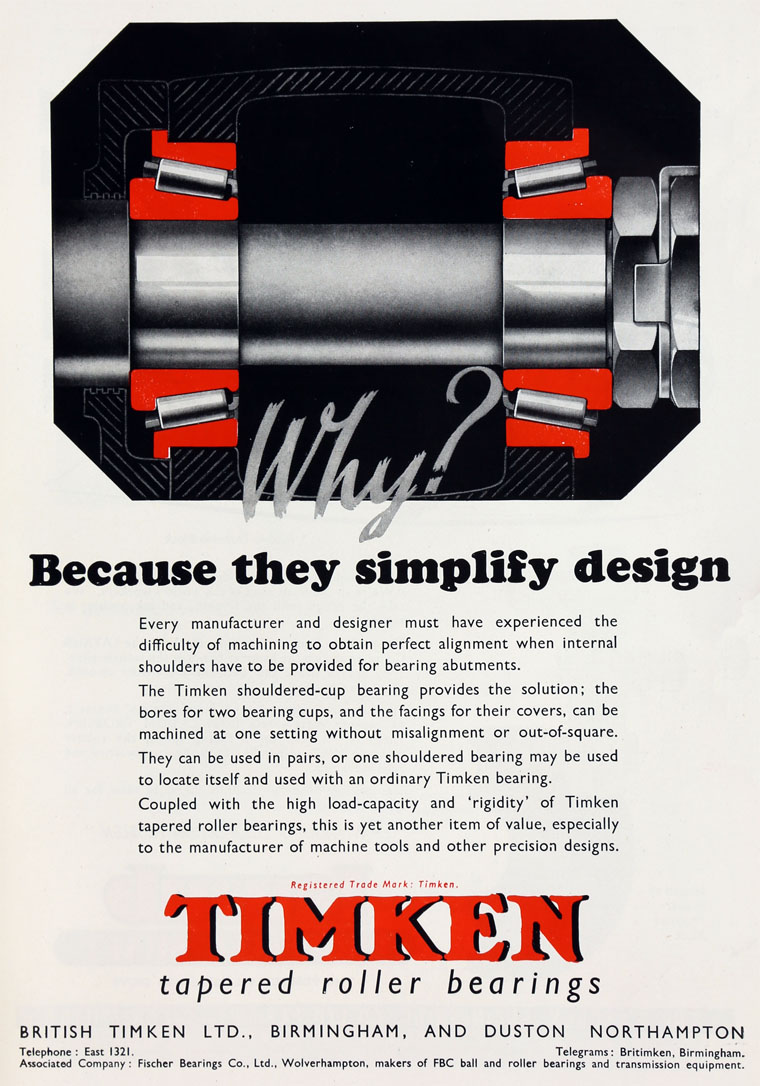 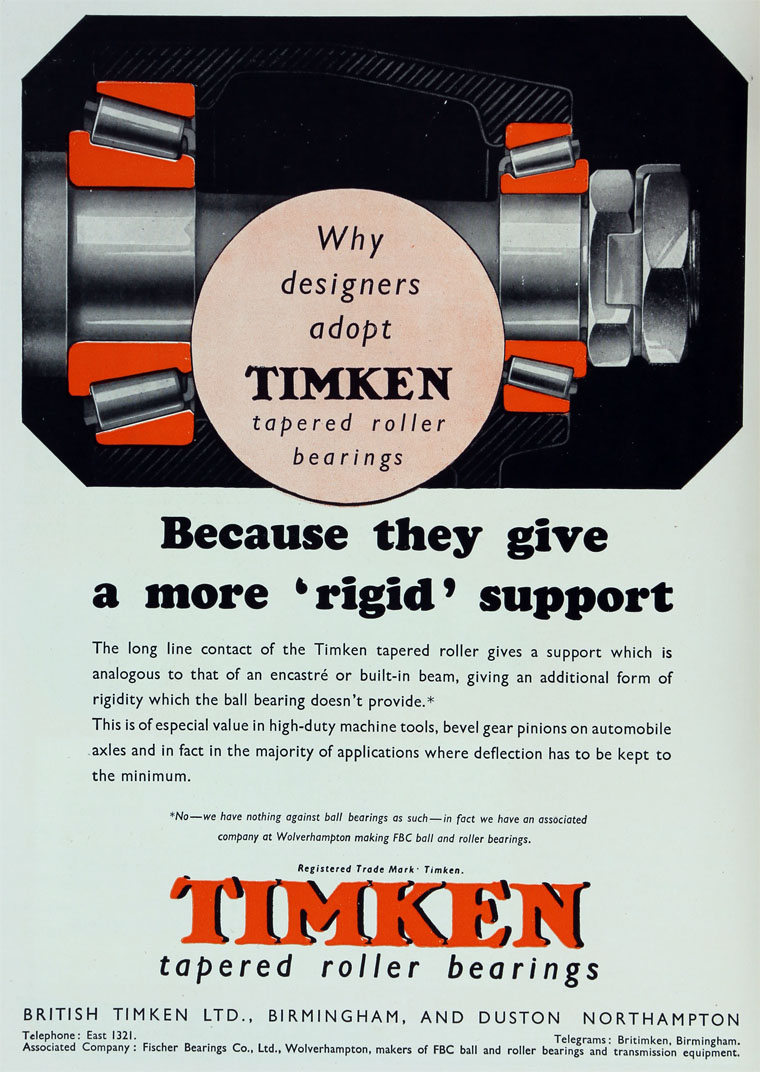 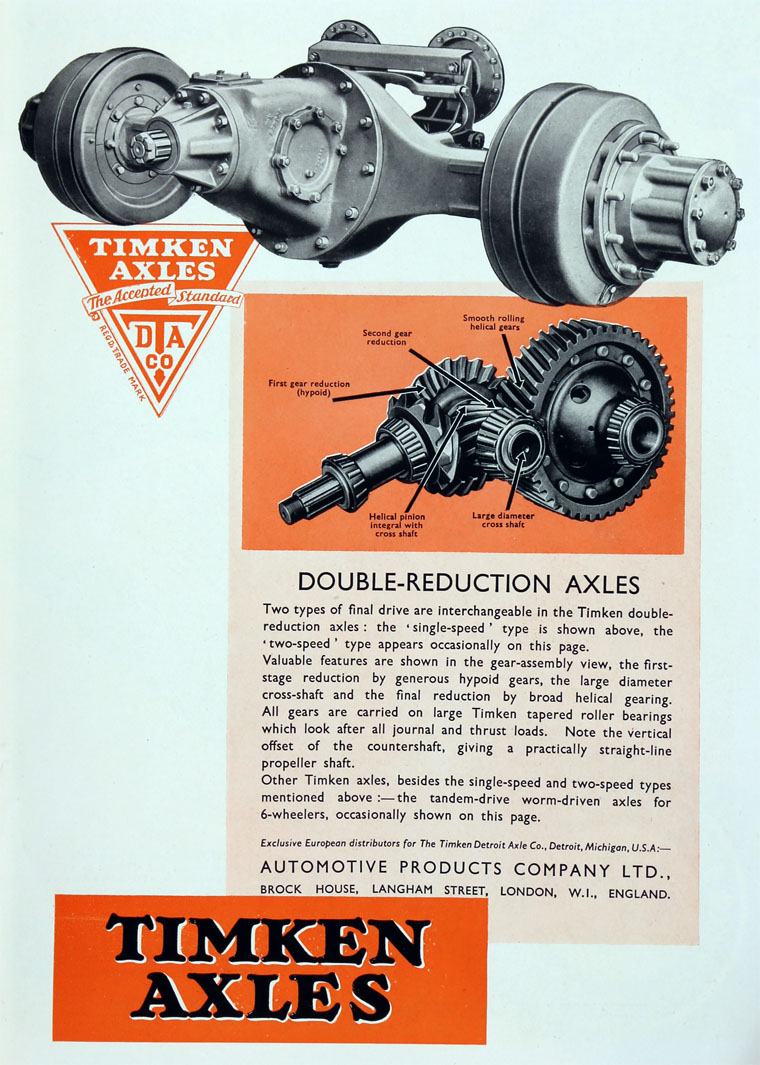 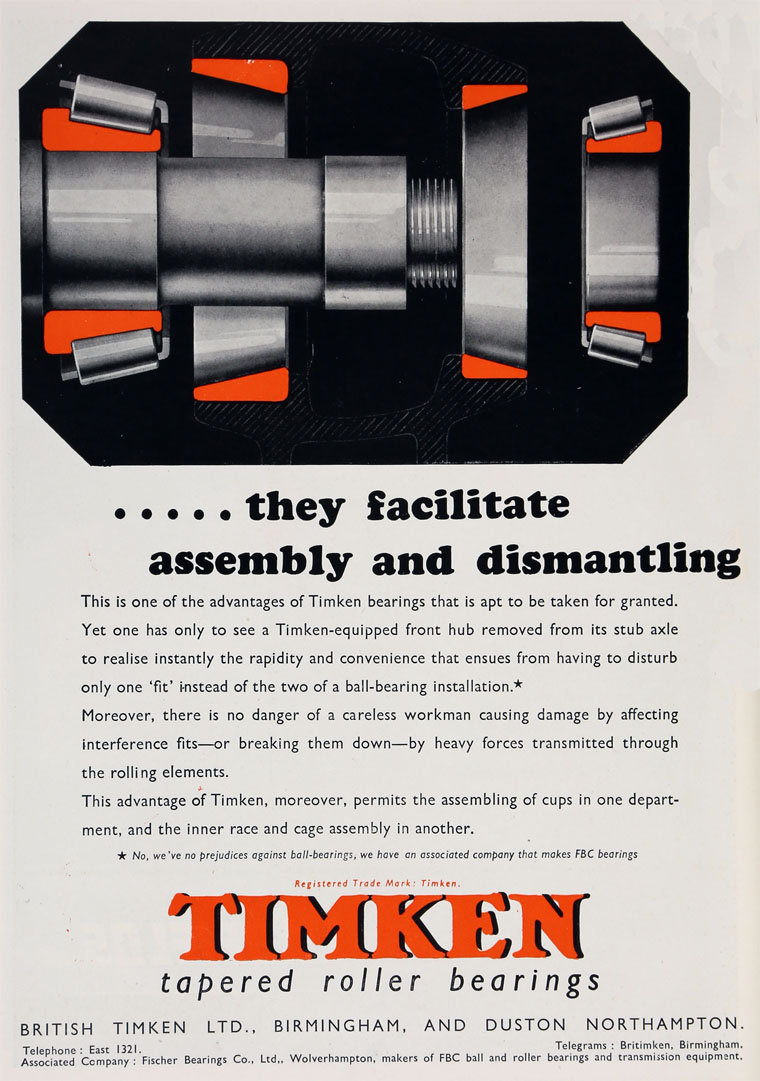 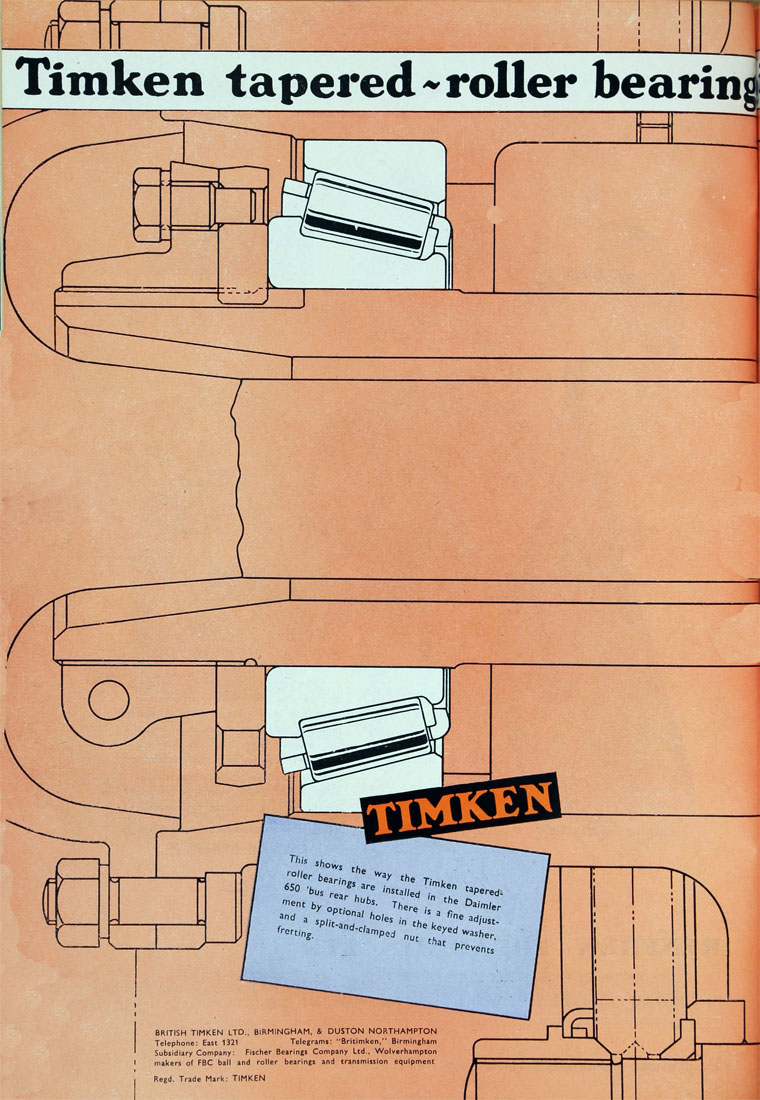 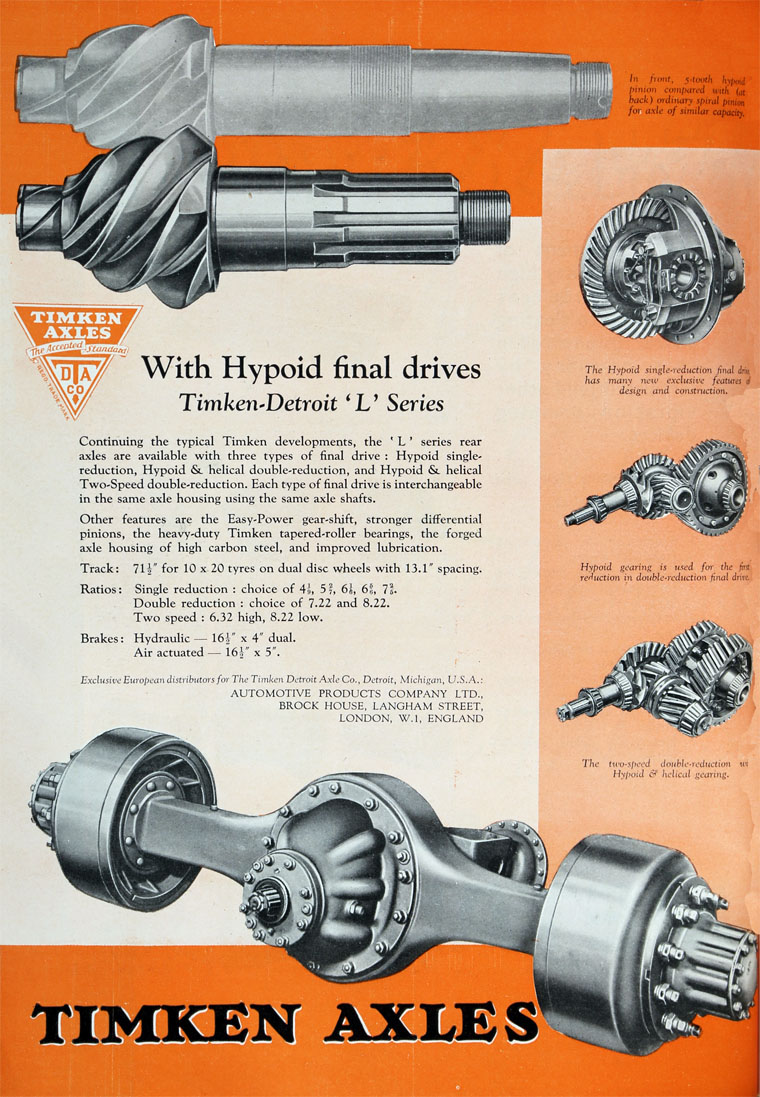 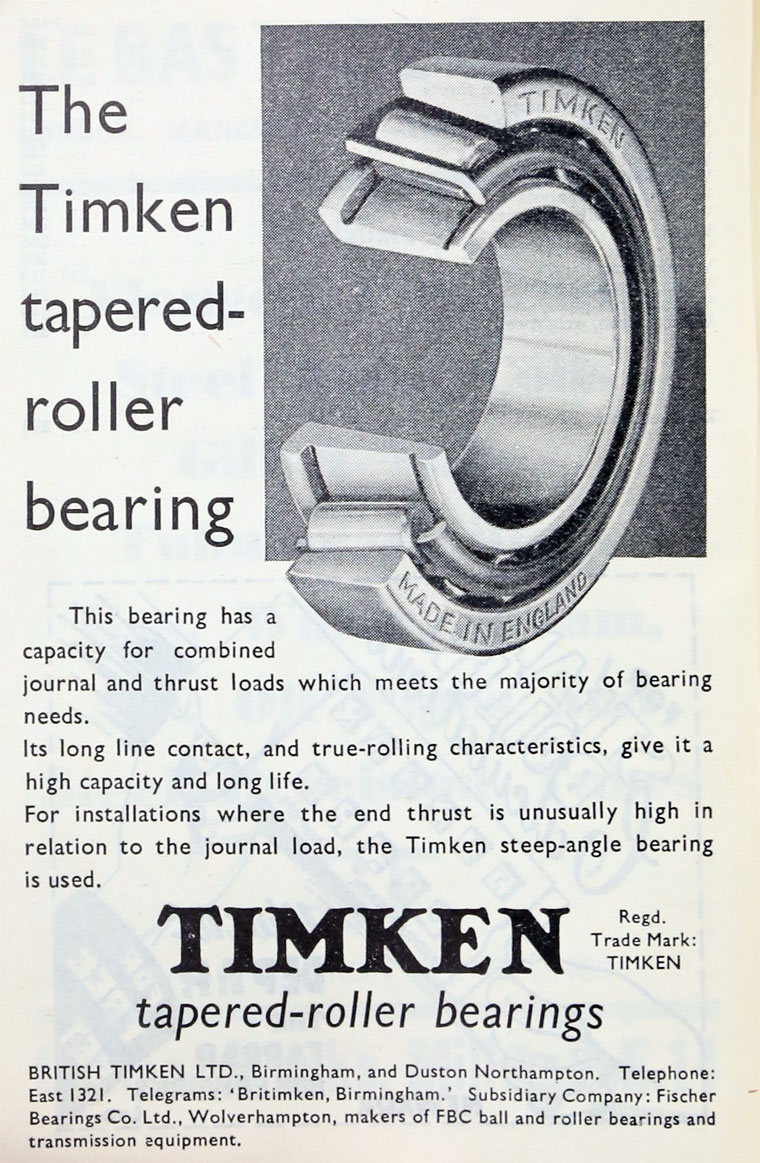 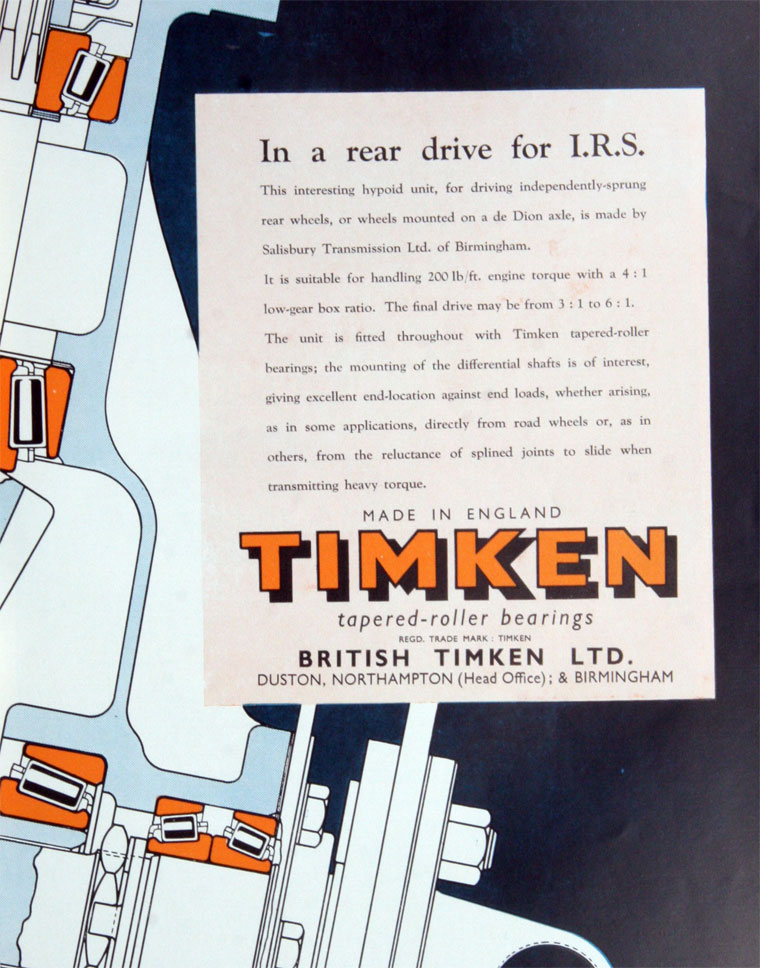 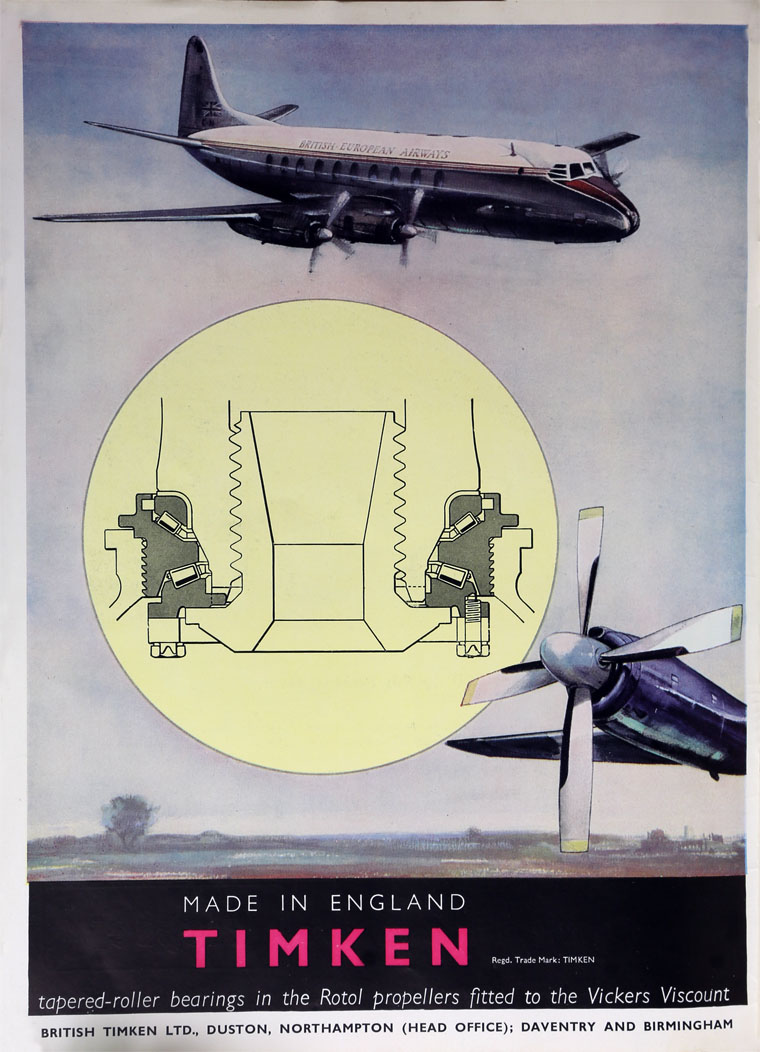 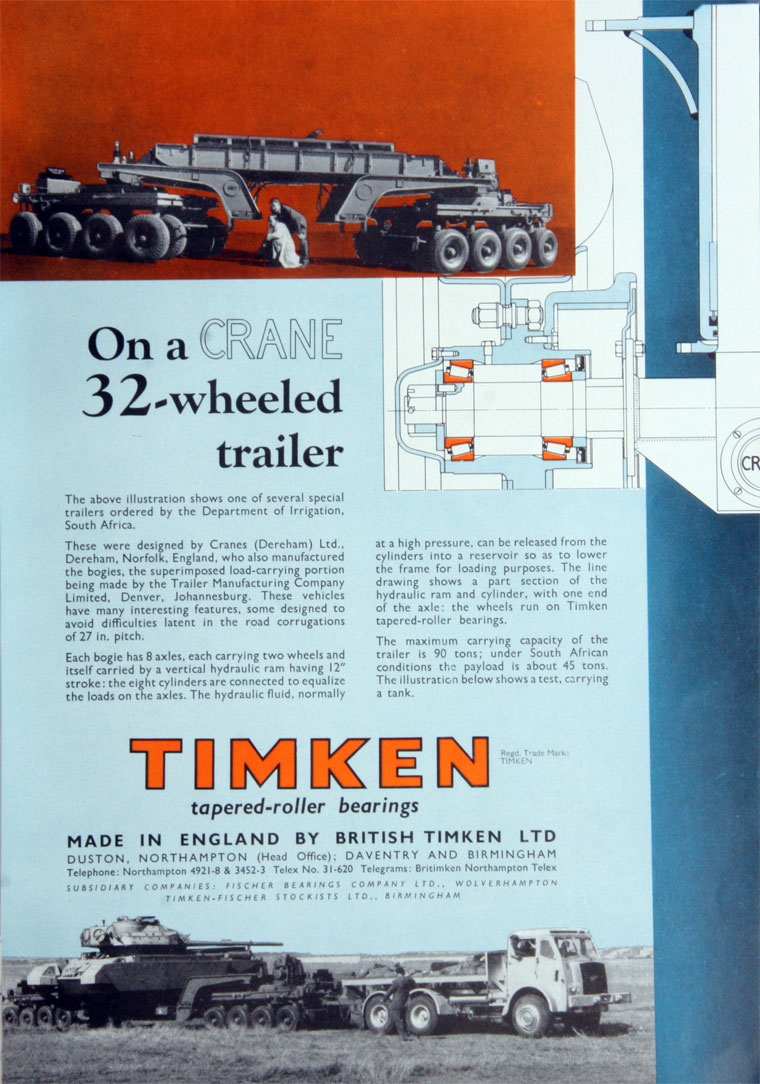 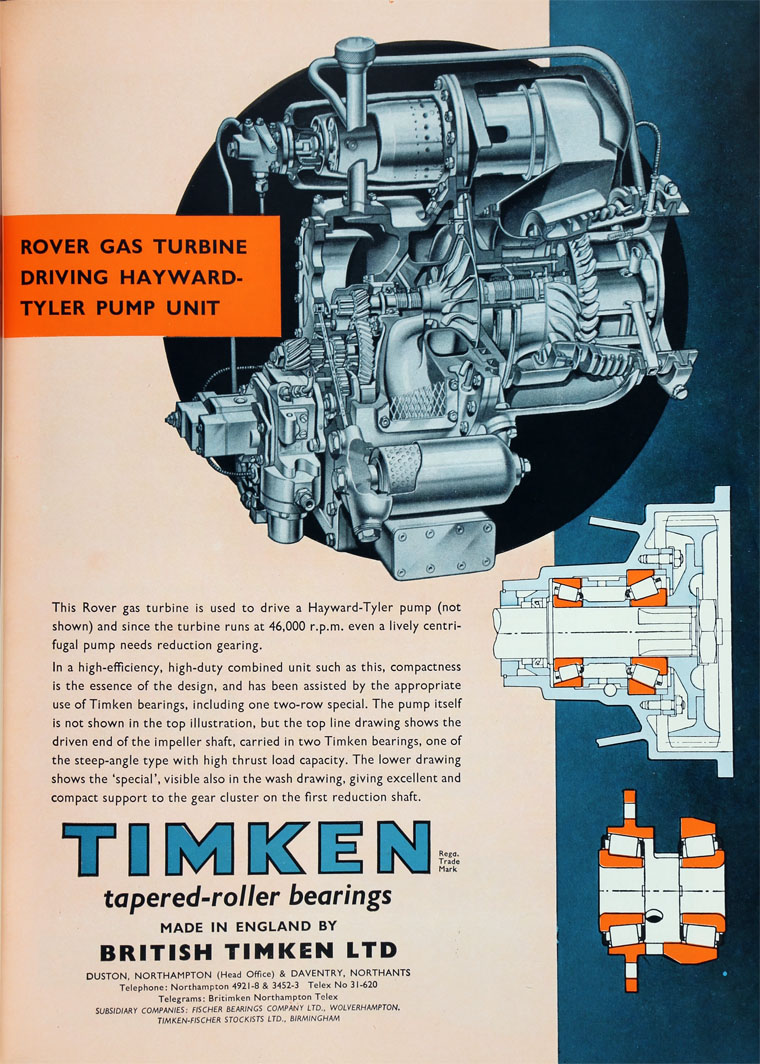 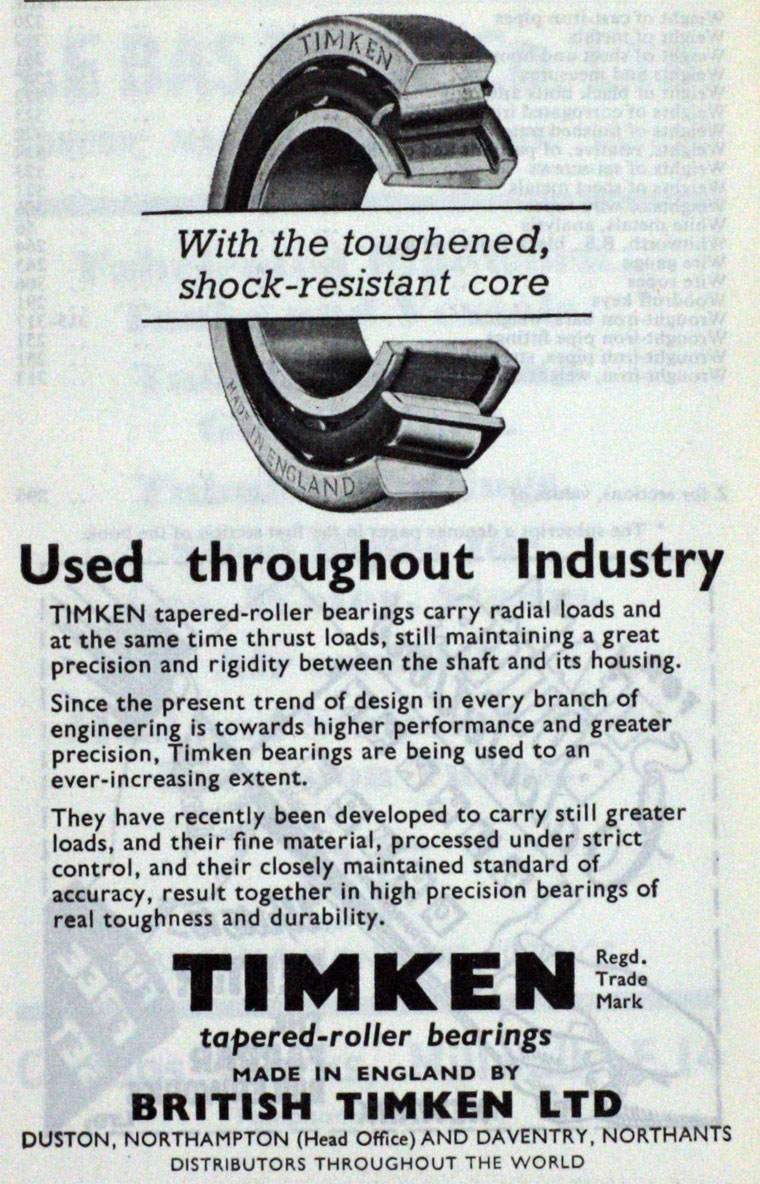 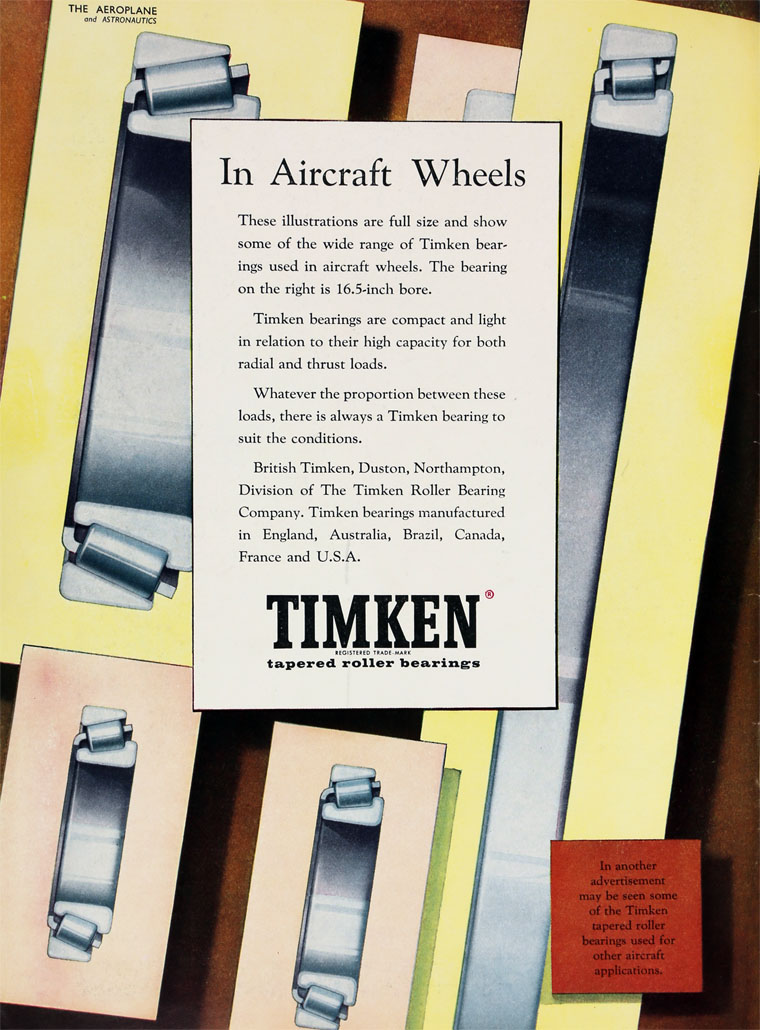 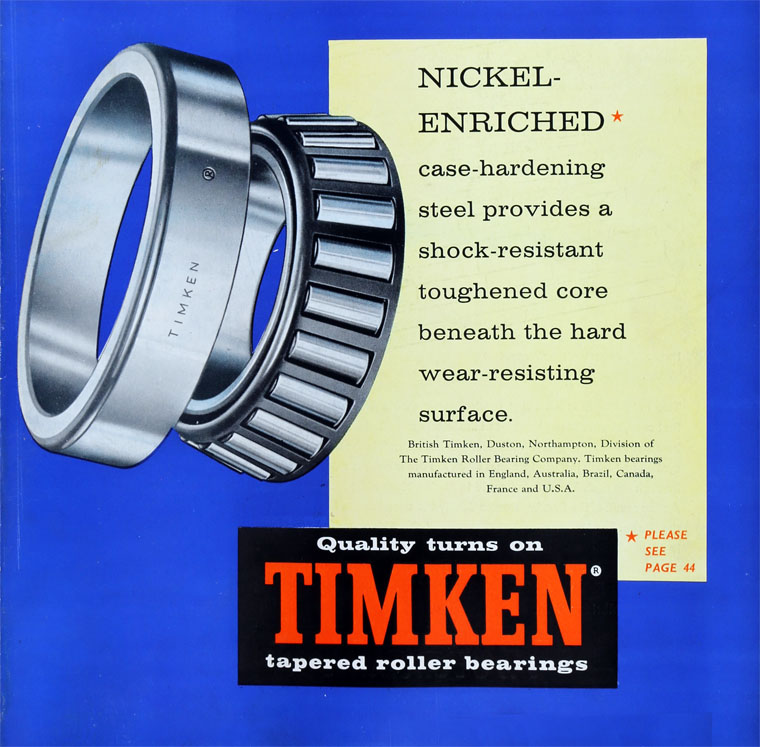 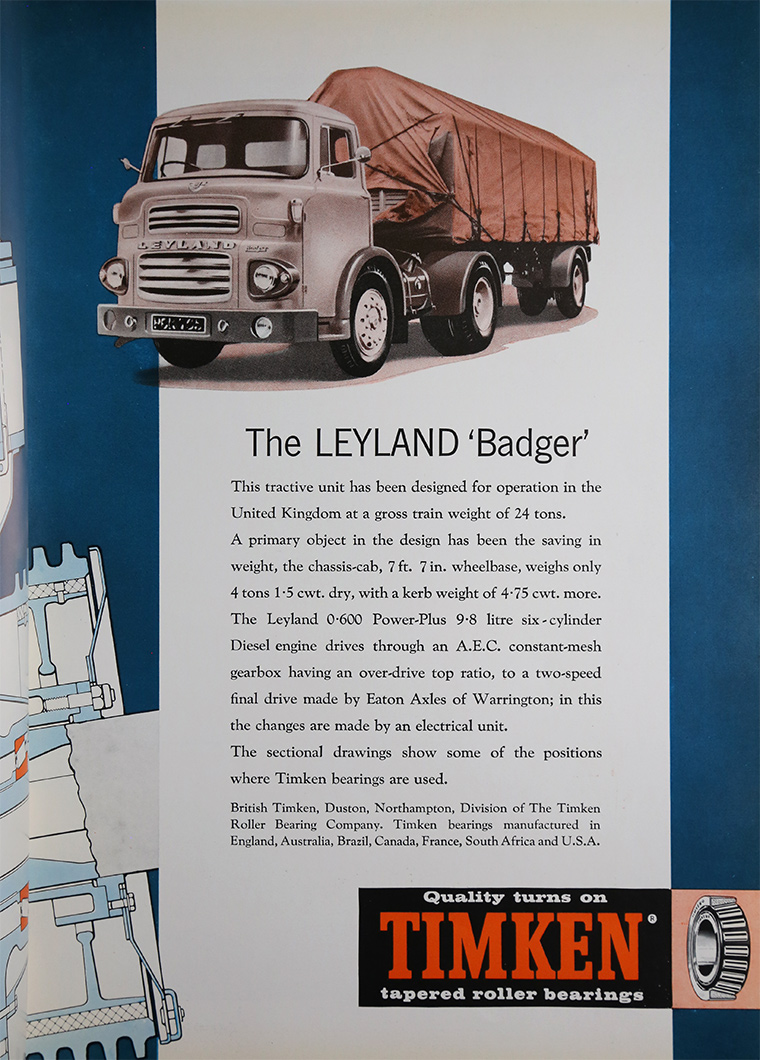 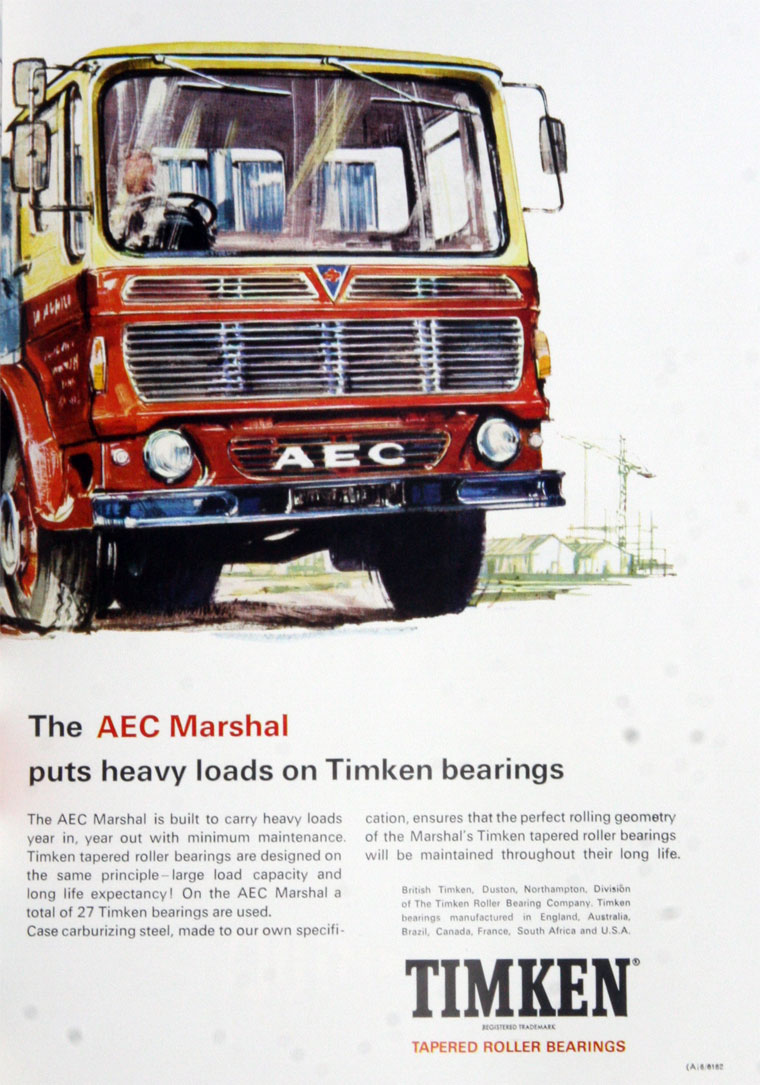 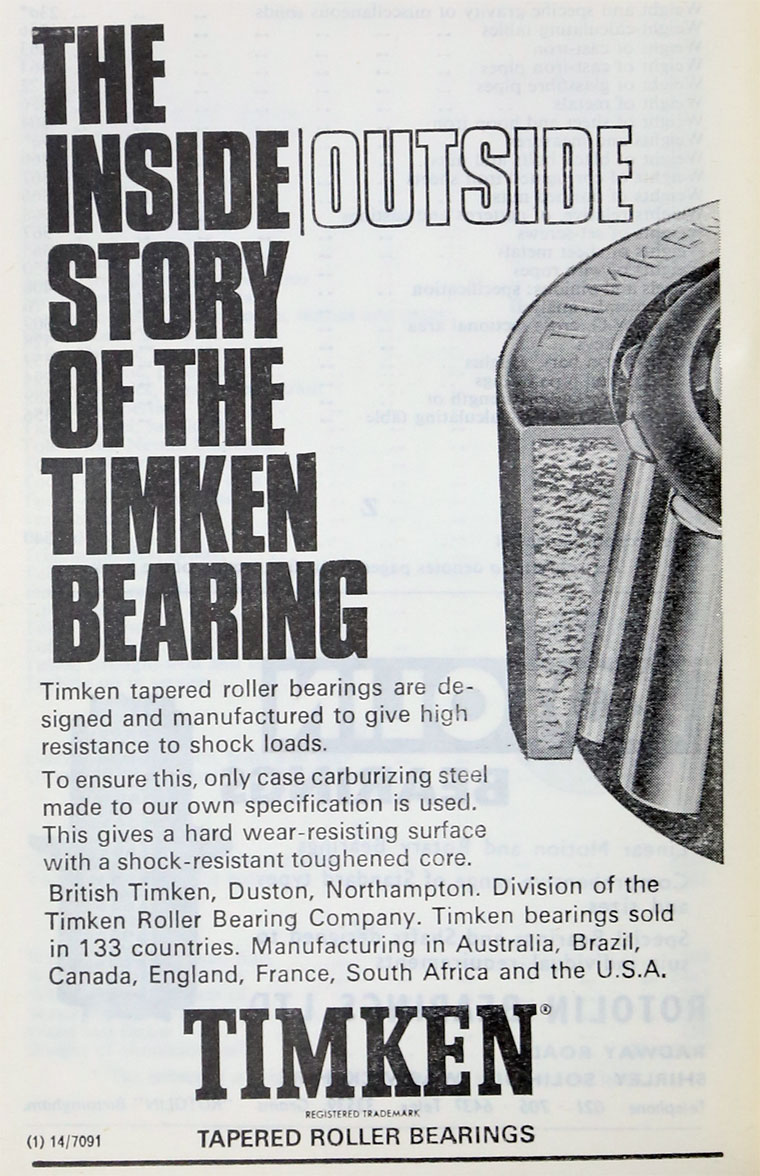 1920 Company formed. 'Under the style and title of British Timken, Ltd., a new, all-British company has just been formed to take over the manufacture of the wellknown Timken roller bearings in this country, formerly carried on by the Electric and Ordnance Accessories Co., Ltd. The capital is fixed at and the head office and works are at Ward End, Birmingham, where a fully equipped modern factory is already in existence, manufacturing these bearings on extensive scale.'[1]

1928 Agreement between the Timken Roller Bearing Co of the USA with the new chairman, Michael Dewar, that the company had an option to purchase his shares in the event of his death. [2]

1935 Incorporated as a public company. The company was paying royalties to Timken Roller Bearing Co of Canton, Ohio[3]

1941 Works built on a green-field site at Duston, Northants, to produce roller bearings. At its peak over 4,000 people were employed in the factory[5].

1951 Following the death of the long standing chairman, Michael Dewar, the Timken Roller Bearing Co of Canton, Ohio exercised its option to purchase his shares in the company, with the result that the American company owned 54 percent of the equity but did not intend to change the British company's management[6]

1959 British Timken Ltd was voluntarily liquidated for the purposes of reconstruction; all of the assets were transferred to the Timken Roller Bearing Co[8], which had acquired the remaining shares it did not already own[9]. British Timken continued as an operating company.

1959 Sold Fischer Bearings Co to Fafnir Bearing Co (U.K.), division of the US company, in order to concentrate on its tapered roller bearing products[10]

1960 Advert for slicer-loader from their operation at Dunston, Northampton.

2002 Production ceased at Duston; the works were demolished over the next 4 years.