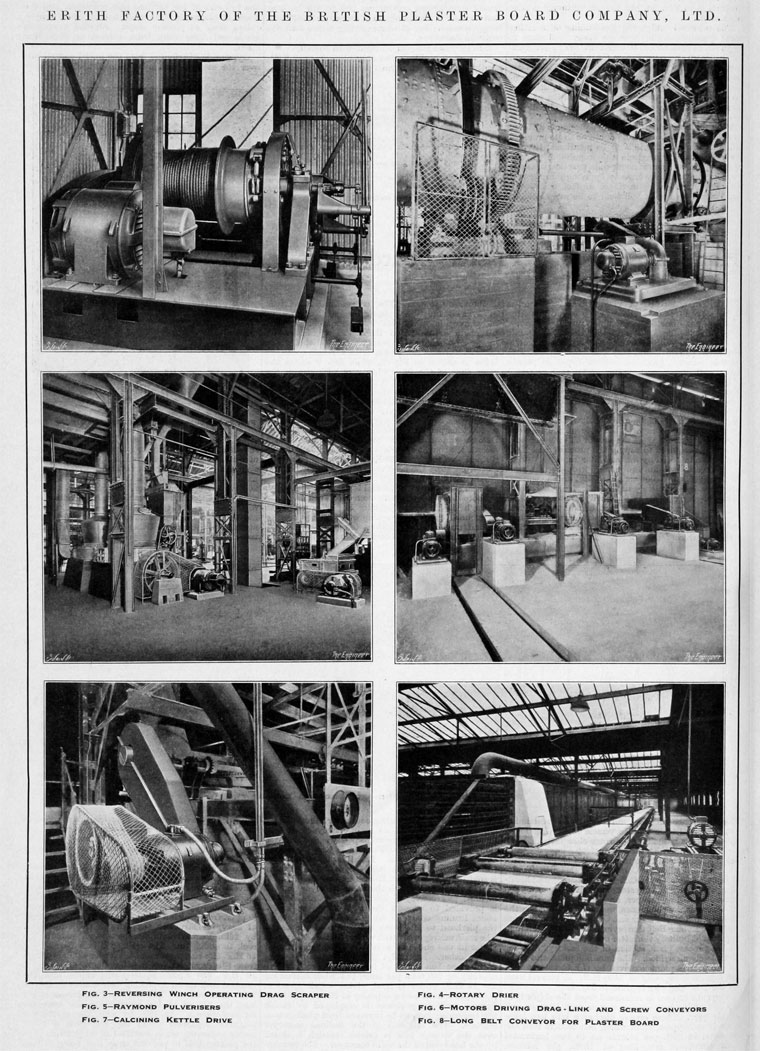 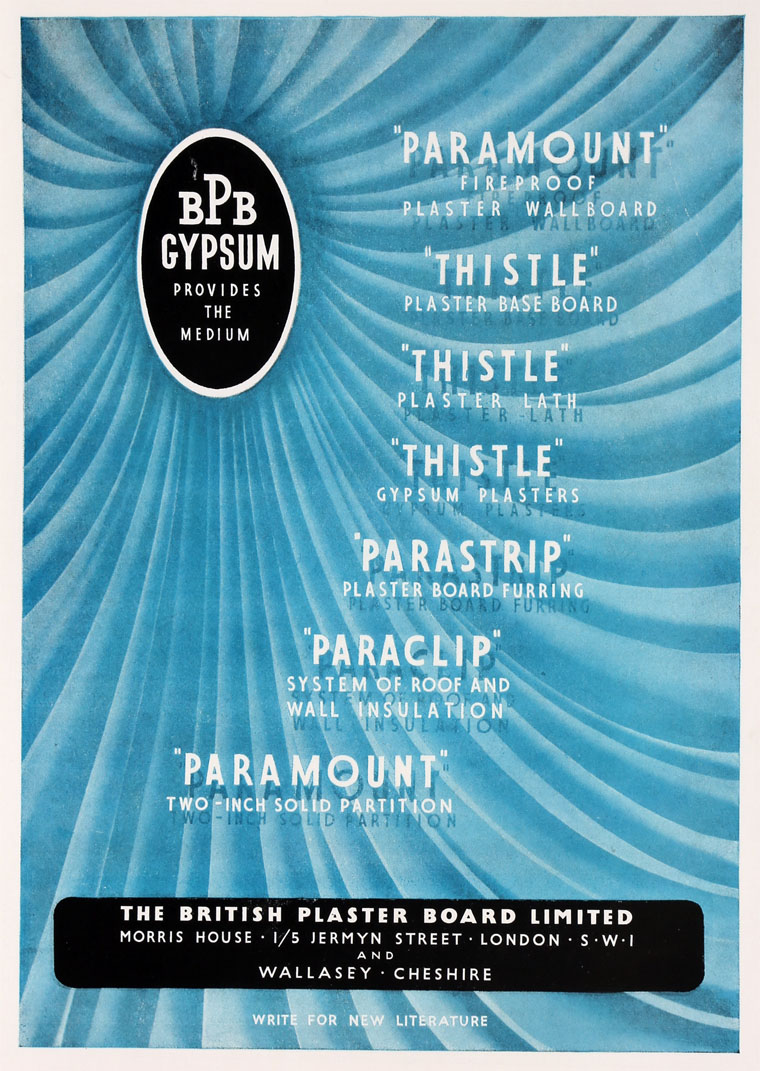 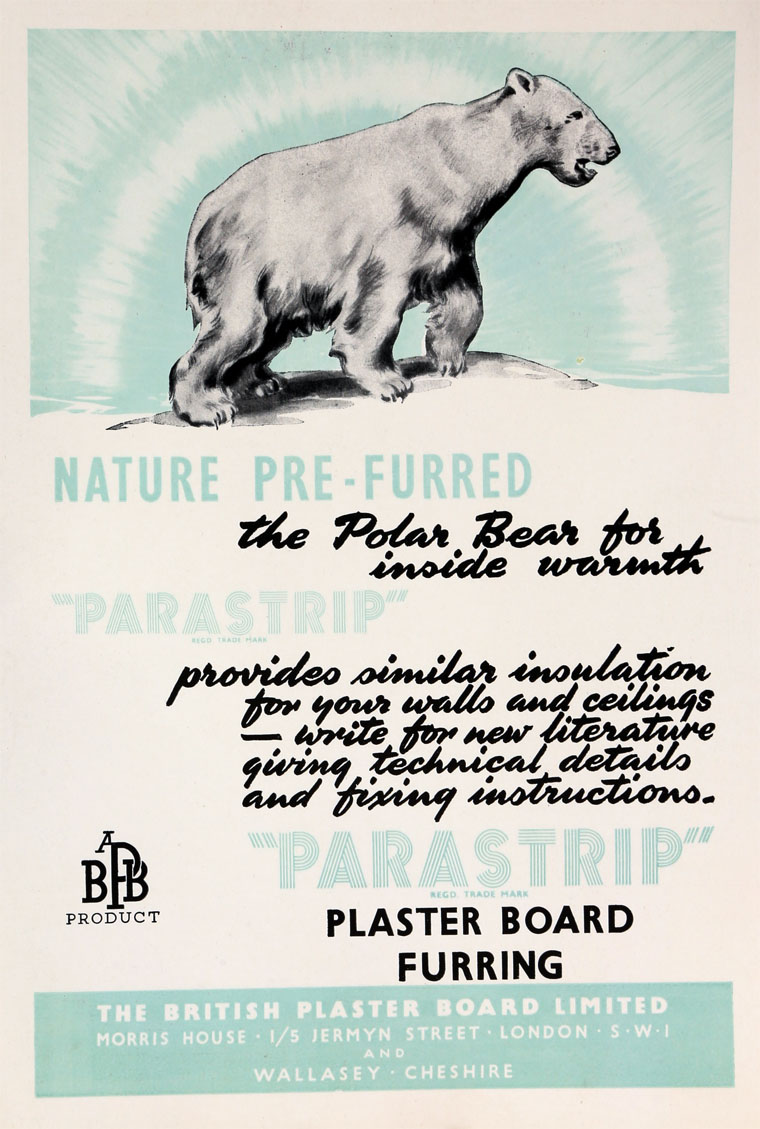 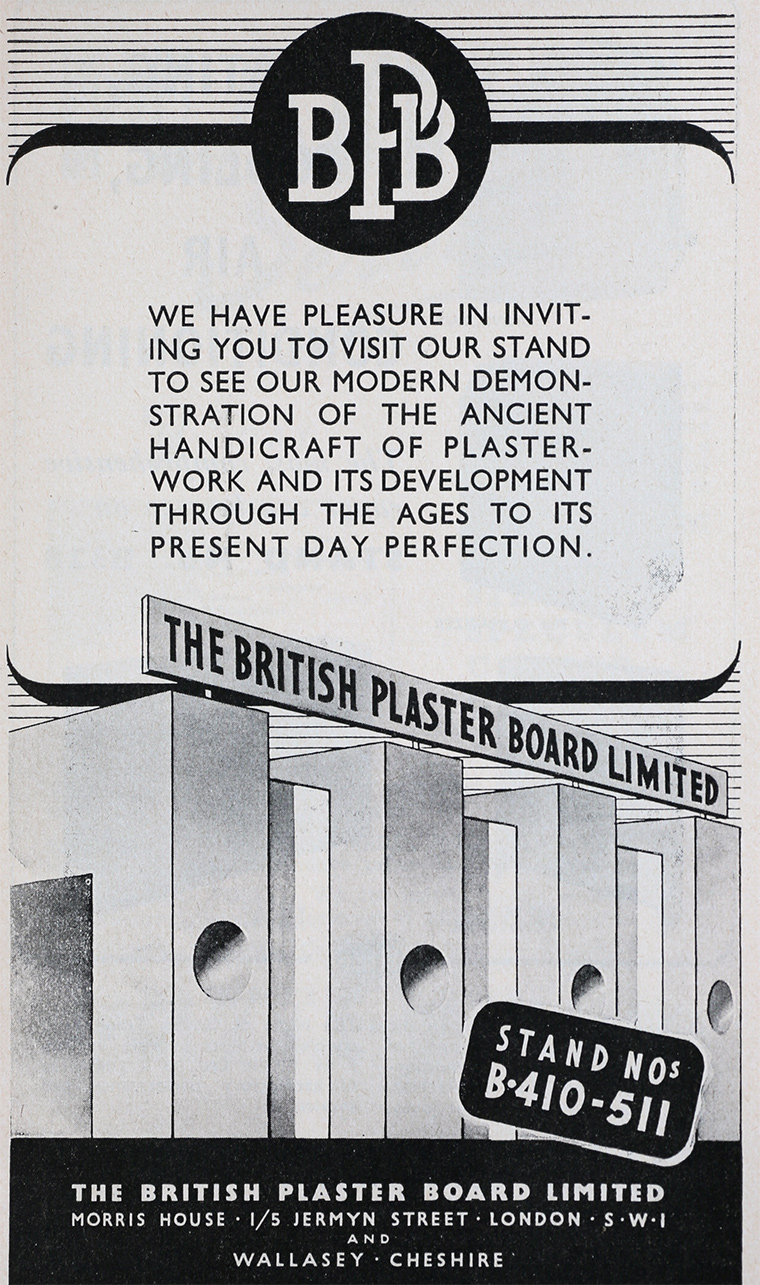 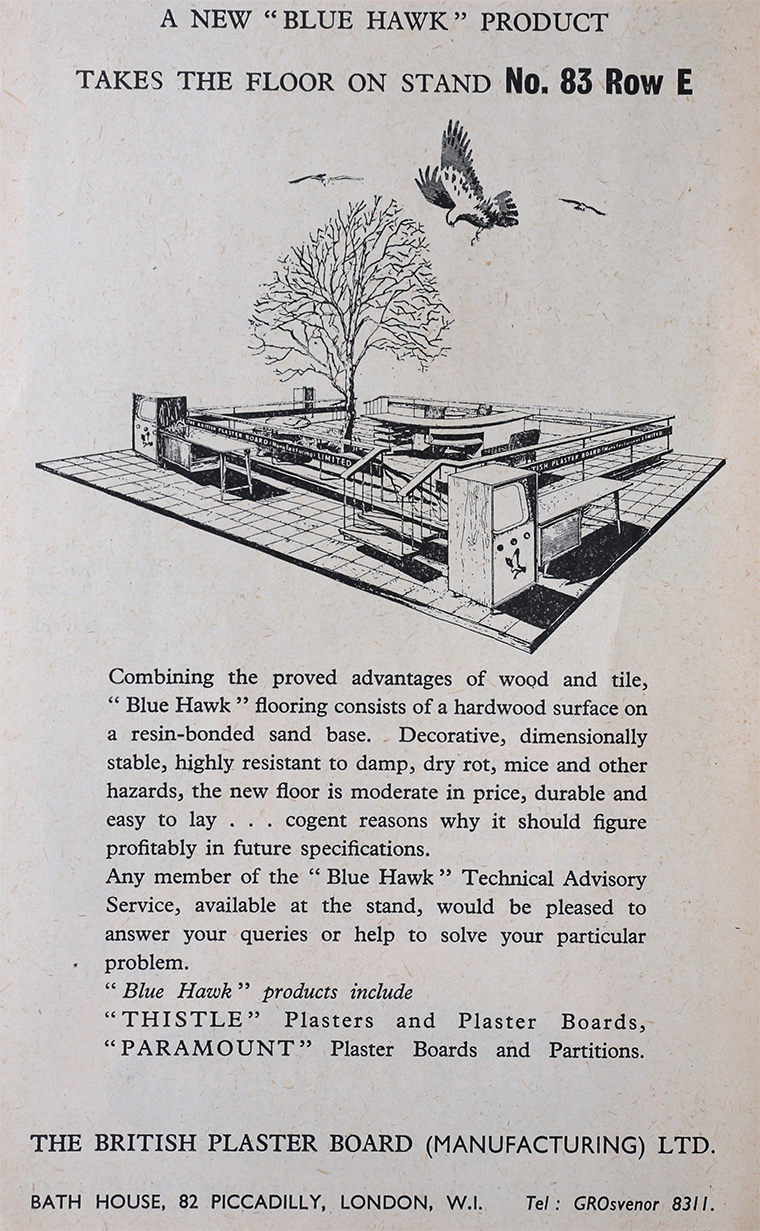 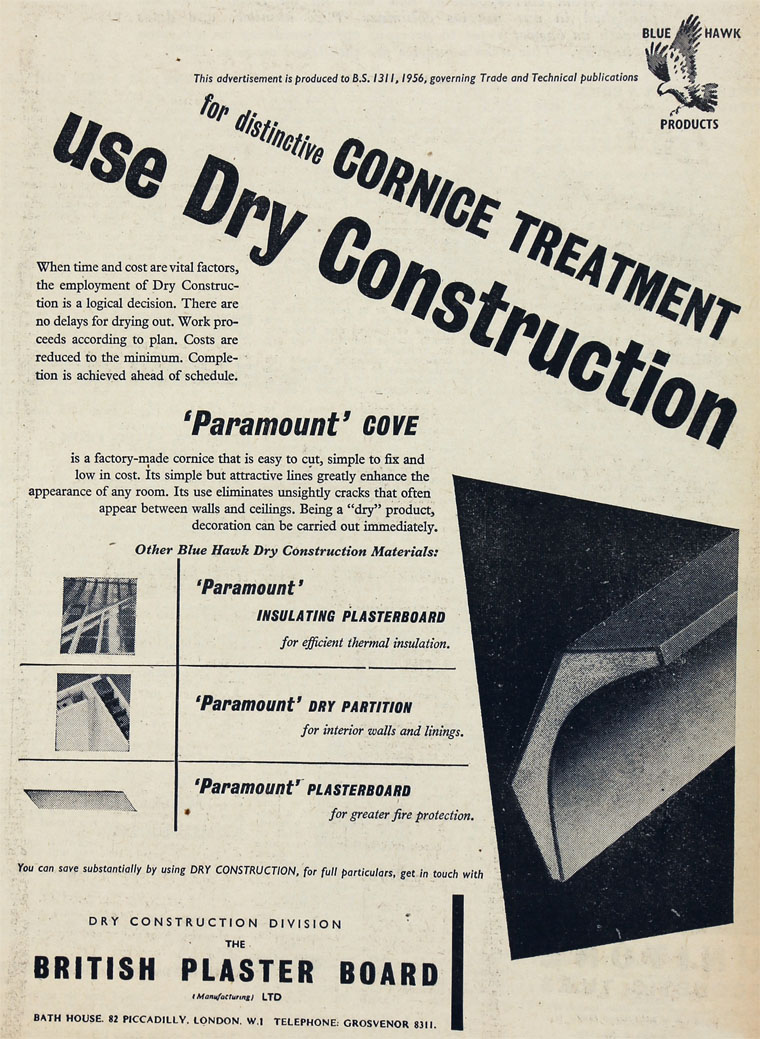 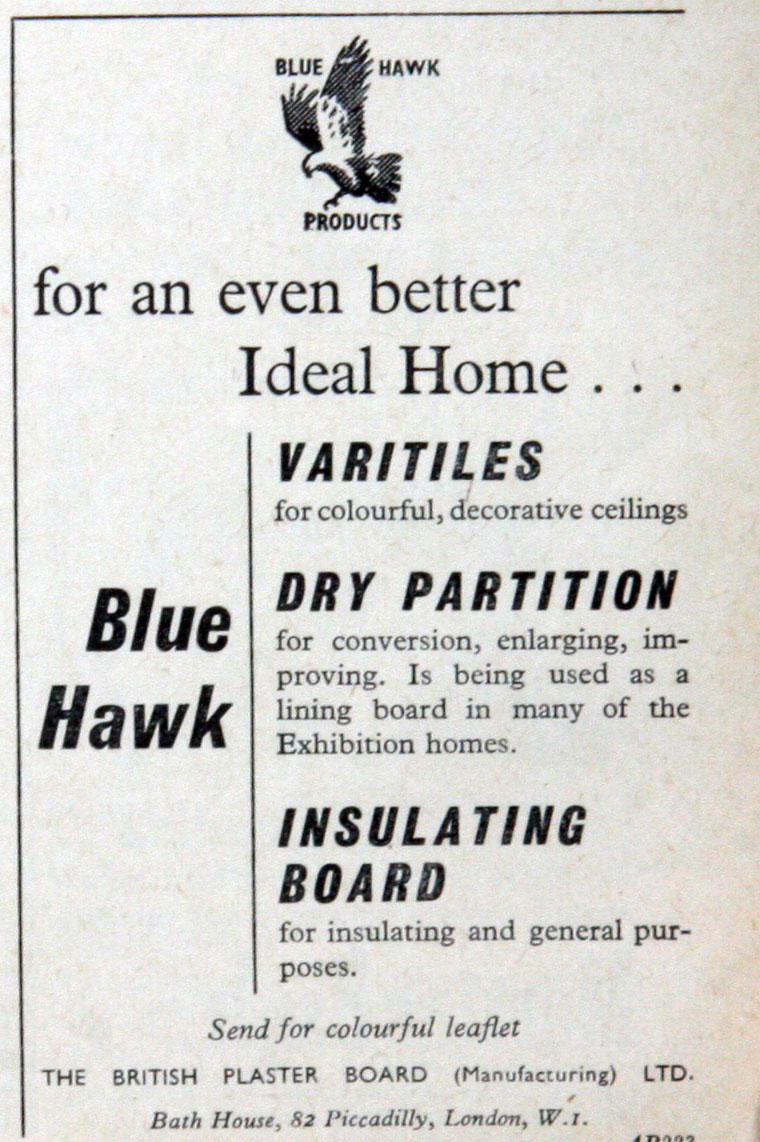 1917 Production of gypsum plasterboard, which started in USA, was introduced to UK in 1917 when British Plaster Board Ltd was formed as a private company with a capital of £20,000. A plant was erected at Wallasey.

1930s The speculative house building boom led to a considerable growth of demand for plasterboard, particularly for ceiling construction.

1944 British Plaster Board acquired Gyproc Products from Distillers Co in exchange for shares in the company[1].

By 1954 had acquired the Gotham Co Ltd, Thomas McGhie and Sons Ltd, the Long Meg Plaster and Mineral Co Ltd[5]

1960 Acquired Britannia Folding Box Co Ltd; the subsidiary Drycon Ltd had developed a new system of building to take advantage of the dry-lining possible using plasterboard; Gypsum Mines Ltd opened a new anhydrite mine; the Davidson group of paper and paper board companies made an improving contribution to profits; D. Anderson and Son had better prospects, supplying roofing felt to the building trade[6]

By 1963 Plaster Products (Greenhithe) was a subsidiary

By 1963 other subsidiaries in the paper and paperboard products group were: [7]

as well as various Davidson companies.

1964 Production activities were taken over by a newly formed subsidiary, British Gypsum