Grace's Guide is the leading source of historical information on industry and manufacturing in Britain. This web publication contains 149,257 pages of information and 234,233 images on early companies, their products and the people who designed and built them. 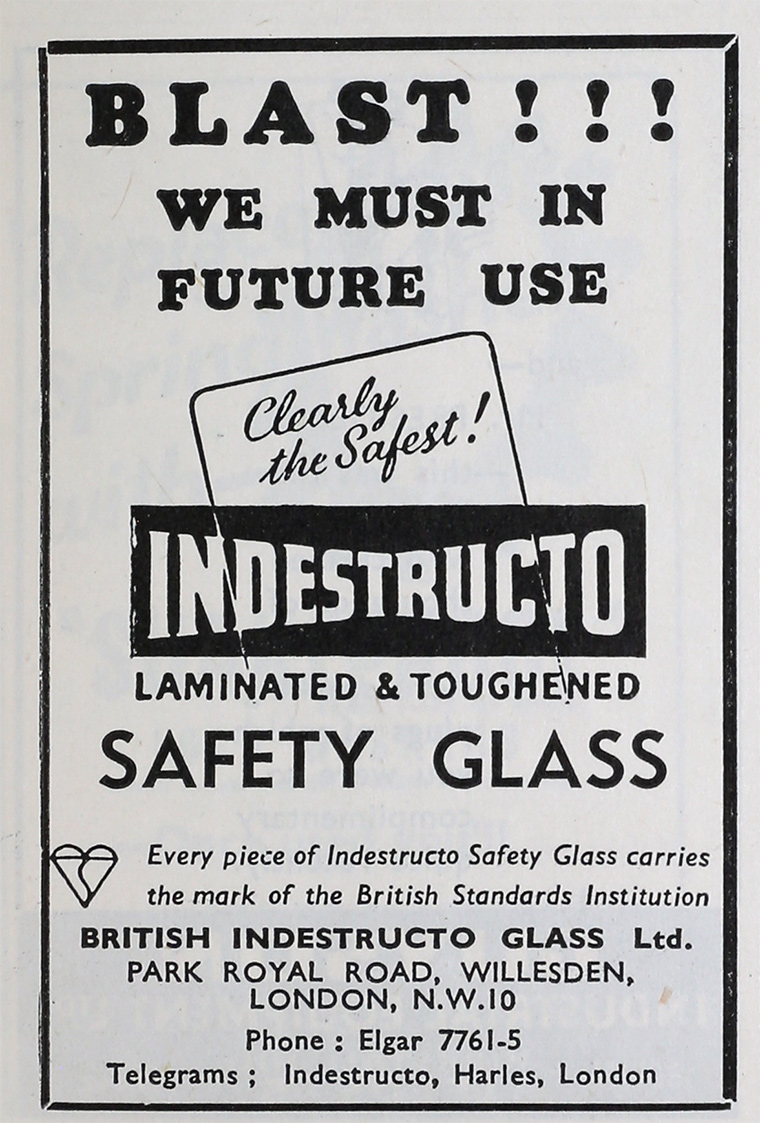 1929 incorporated as a public company to manufacture safety or laminated glass.

1949 Extended its production of toughened glass to curved glasses; Pilkington claimed that the automatic furnace infringed patents held by St. Gobain and itself. Settlement involved taking a sub-licence from Pilkington (as St Gobain's United Kingdom licensee) under one patent and a licence under the other.

1951 After a period of losses, the Austin Motor Co., Briggs Motor Bodies, Ford and Pressed Steel Co provided additional capital by taking up an issue of debentures which gave them voting control.

By 1965 was importing half of its glass needs from Belgium

By 1966 the company supplied about 11.5 per cent, by value, of the UK demand for safety glass.

1966 discontinued the production of laminated glass