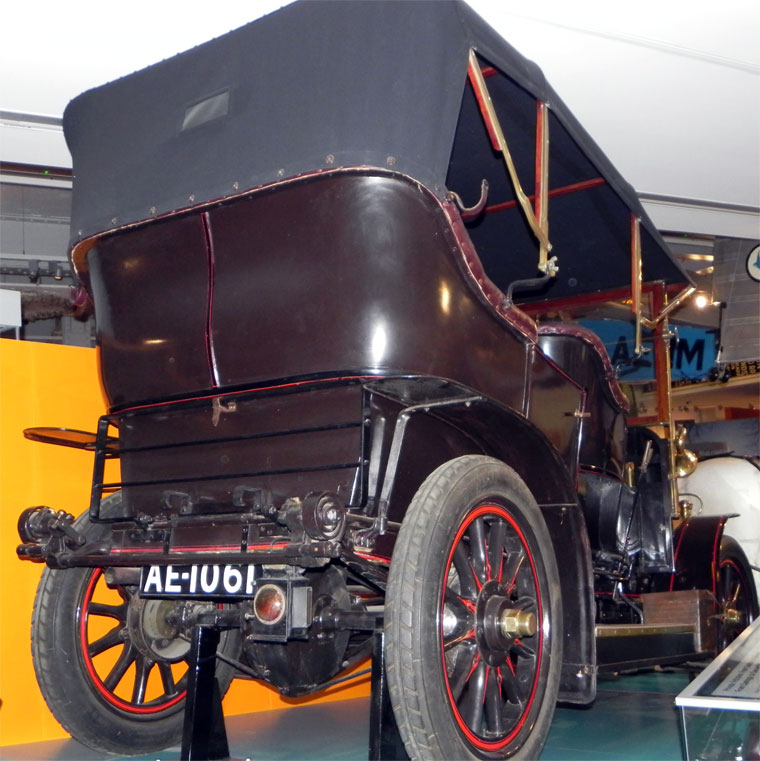 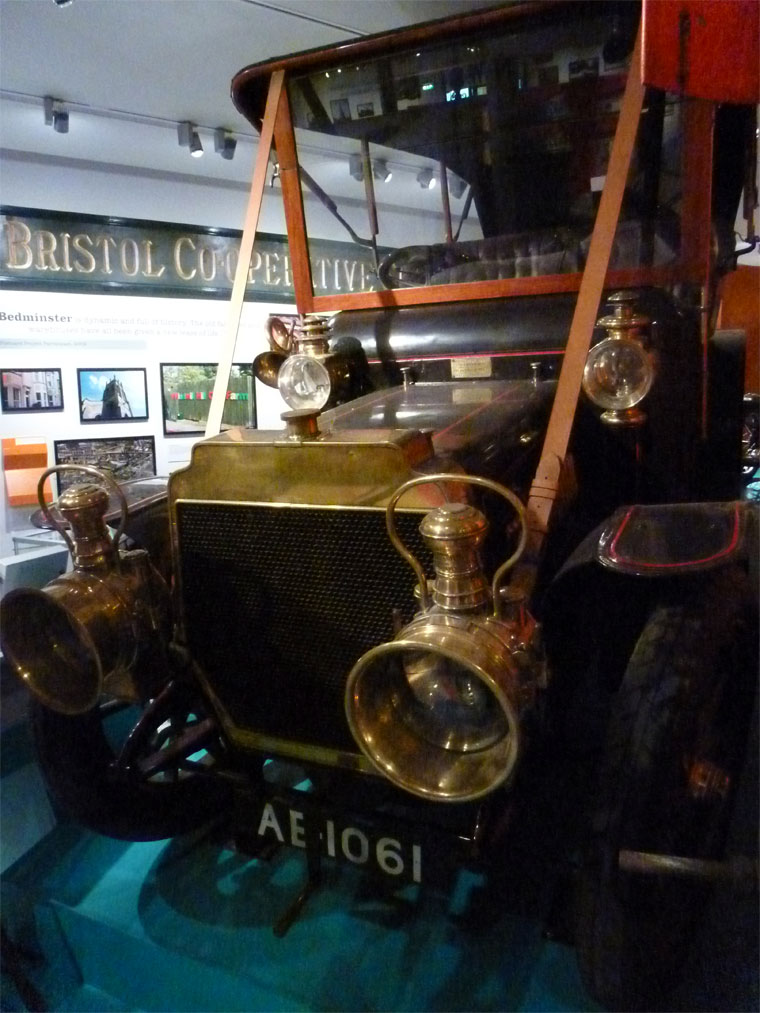 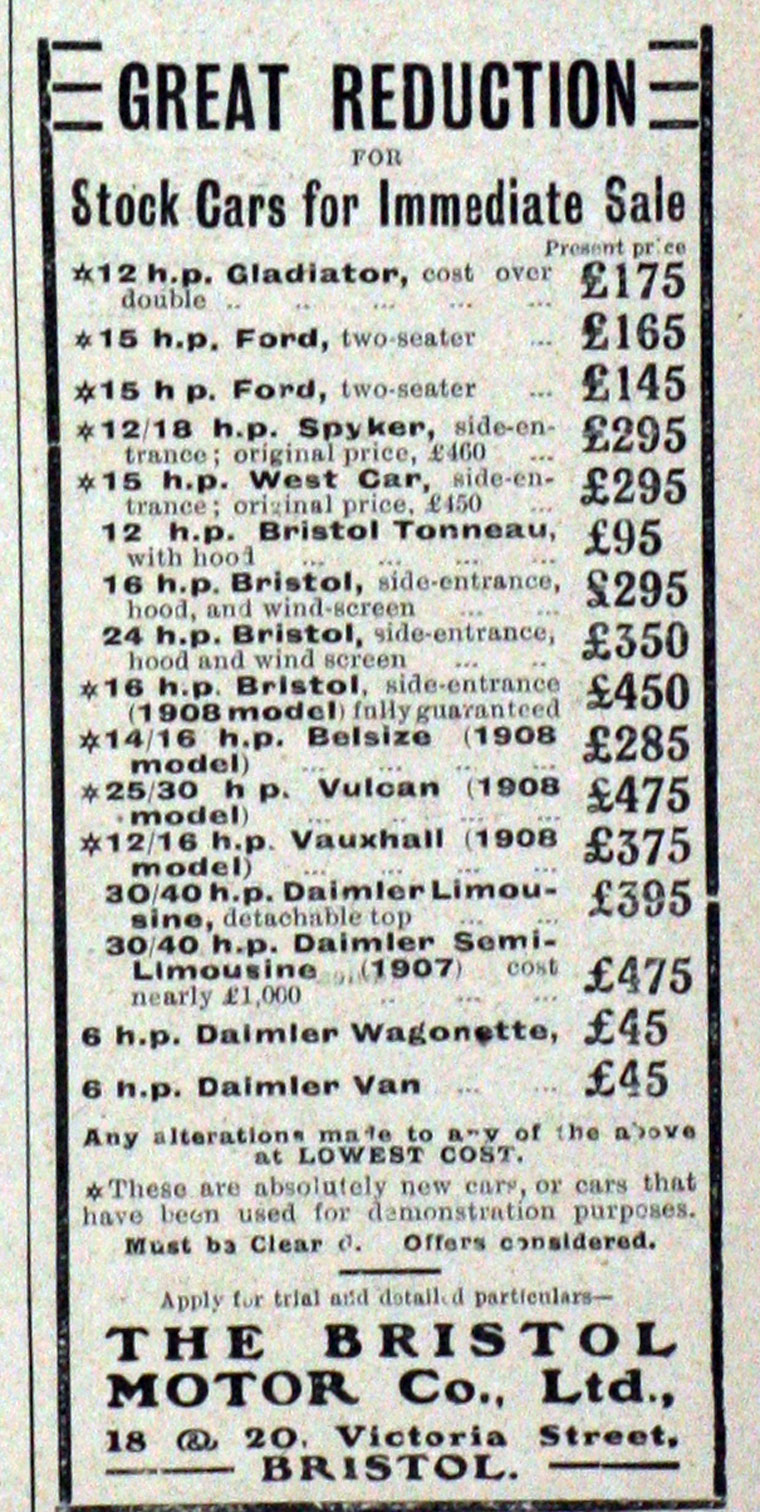 1902 Built first car, based on the design on the contemporary two-cylinder Daimler.

1904 A further six or so cars were produced.

1906. 16/20 Type T Tourer. Only 18 made. Chassis produced at Redcross Street, Bristol and the bodywork at Perry and Sons at Stokecroft

1921 News item. 'BRISTOL MOTOR COMPANY, LIMITED. This company are the successors to the motor department of the Bristol Wagon and Carriage Works Co., Ltd., but with change in the management, the late manager, A. E. Johnson, being the managing director of the new company, the staff and engineers, all being retained. The only alteration is the number of the telephone, which the motoring public will no doubt welcome as now being self-contained private branch exchange for the motor department only, thus saving any annoyance and delay which has been experienced in the past. The telephone number now 4612 (two lines). The company was unable to exhibit it at the Bath and West of England show, but have fine display of the latest productions of the automobile at the old address near the station at 133, Victoria Street, adjoining the agricultural department showrooms of the old company. The motor body patents of the "Condick" and "Clifton" all-weather bodies have been taken over by Bristol Motor Co., Ltd., with which the managing director was associated for the past eleven years. The motor agencies, some of which the manager has controlled for upwards of 19 years, are held by Bristol Motor Co., Ltd., viz., Vauxhall, Talbot, Vulcan. Belsize. Morris - Oxford and Cowley, Ruston-Hornsby, Thornycroft, and Sentinel steam wagons. Fleets of the two latter being strong evidence daily doing consistent work possibly unparalleled the history of the automobile.'[3]