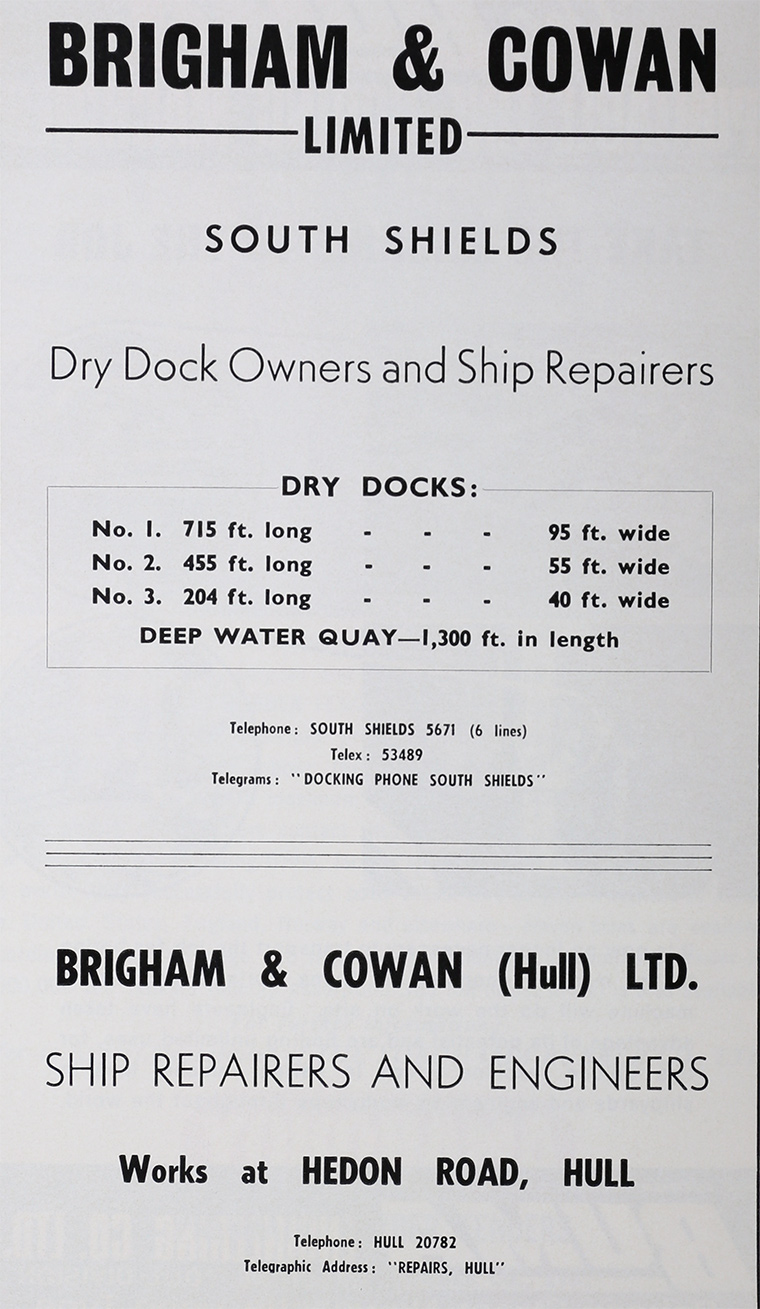 1900 Incorporated as a public company. The company was registered on 22 December to acquire the business of dry dock owners, engine, boiler and ship repairers of the firm of the same name[2] from R. F. Brigham, M. C. Brigham, W. Swinney, R. Cowan.

1911 Brigham and Cowan formed the British Arc Welding Company (N.E. Coast) Ltd. at South Shields, to exploit electric arc welding, a process that they had introduced on the North-East Coast.

1941 A bomb fell in a newly constructed power house at Brigham and Cowan's dock near Long Row. It demolished the building plus the generators and dynamos therein, much damage was also done to a partly completed structure at the end of a new dock.

1953 Reconverted to a public company.