Difference between revisions of "Box Tunnel" 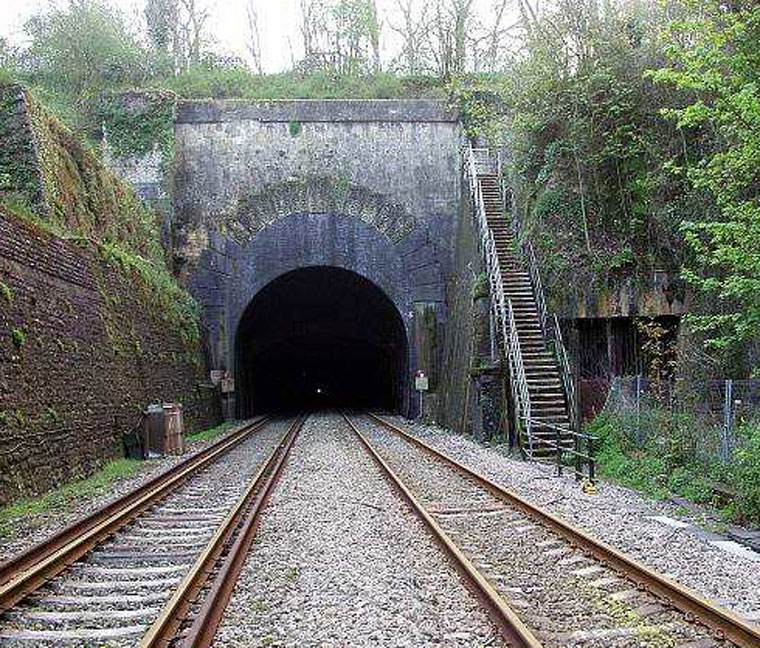 East end of the Box Tunnel. 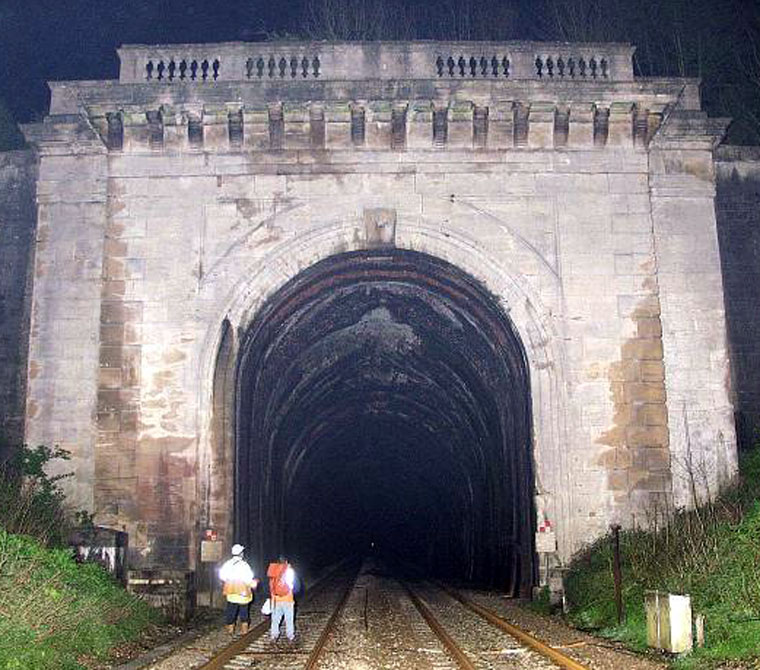 West end of the Box Tunnel.

Box Tunnel is a railway tunnel in western England, between Bath and Chippenham, dug through the Box Hill. It was built for the original route of the Great Western Railway under the direction of the GWR's engineer Isambard Kingdom Brunel with his engineer William Glennie

Construction started in 1836, and the tunnel opened in 1841. The lives of about 100 navvies (railway construction workers) were lost during construction. At the time of opening it was the longest railway tunnel in the world, though the Standedge Tunnel and several other canal tunnels were longer.

The western portal, near Box, is designed in the classical style. The eastern portal, at Corsham, has a plain brick face. When the two ends of the tunnel were joined underground there was found to be less than 2 inches error in their alignment.