Grace's Guide is the leading source of historical information on industry and manufacturing in Britain. This web publication contains 146,101 pages of information and 231,598 images on early companies, their products and the people who designed and built them. 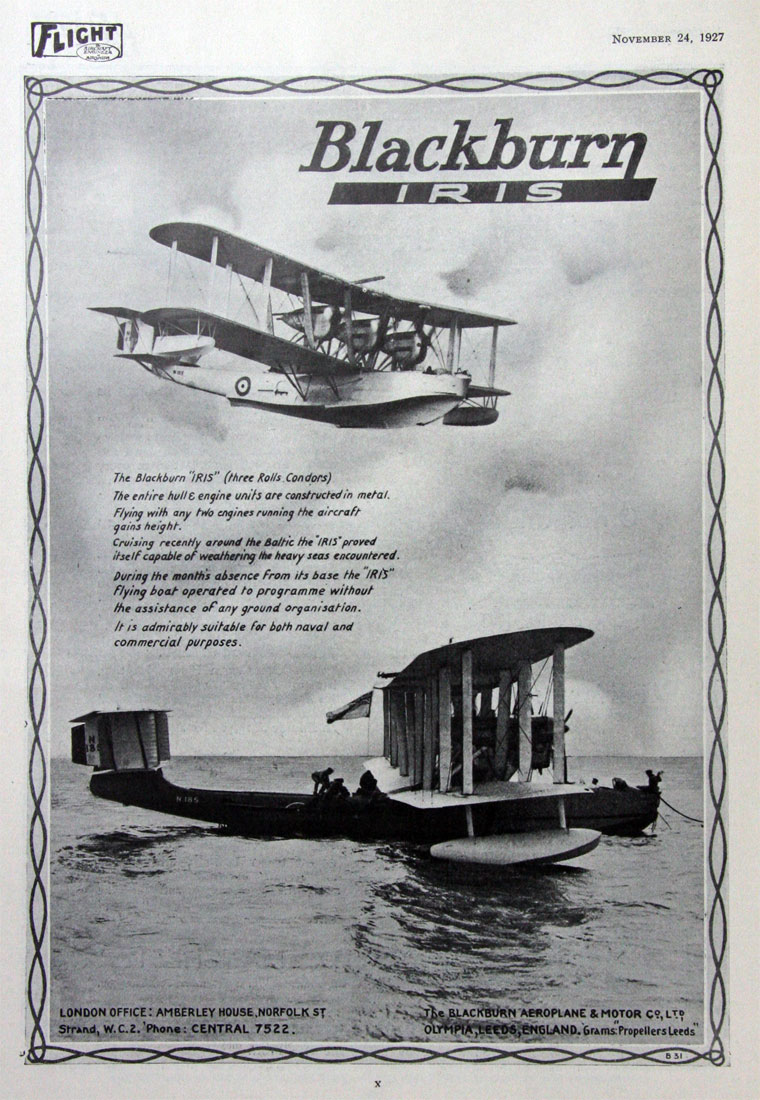 Note: This is a sub-section of Blackburn Aircraft.

1926 Considerable interest was given to the Iris in October 1926, the latest seaplane acquired by the Royal Air Force. The Iris, a Rolls-Royce engined Blackburn seaplane, was the largest and fastest of its type in the world in 1926. It was fitted with three Condor engines of 650 Hp each, carried a crew of five composed of first and second pilot, wireless operator, and two gunner engineers. With a full load she could fly at over 100mph, and, if needs be, she could stay in the air for a full day.

The Iris was designed for long range renaissance work with the Fleet, for submarine patrols, and the escorting of merchant ships through submarine zones. Some idea of her size may've been gained from the fact that she could not be fully assembled in the erecting shop, but had to be completed in an adjacent hangar at the works. [1]