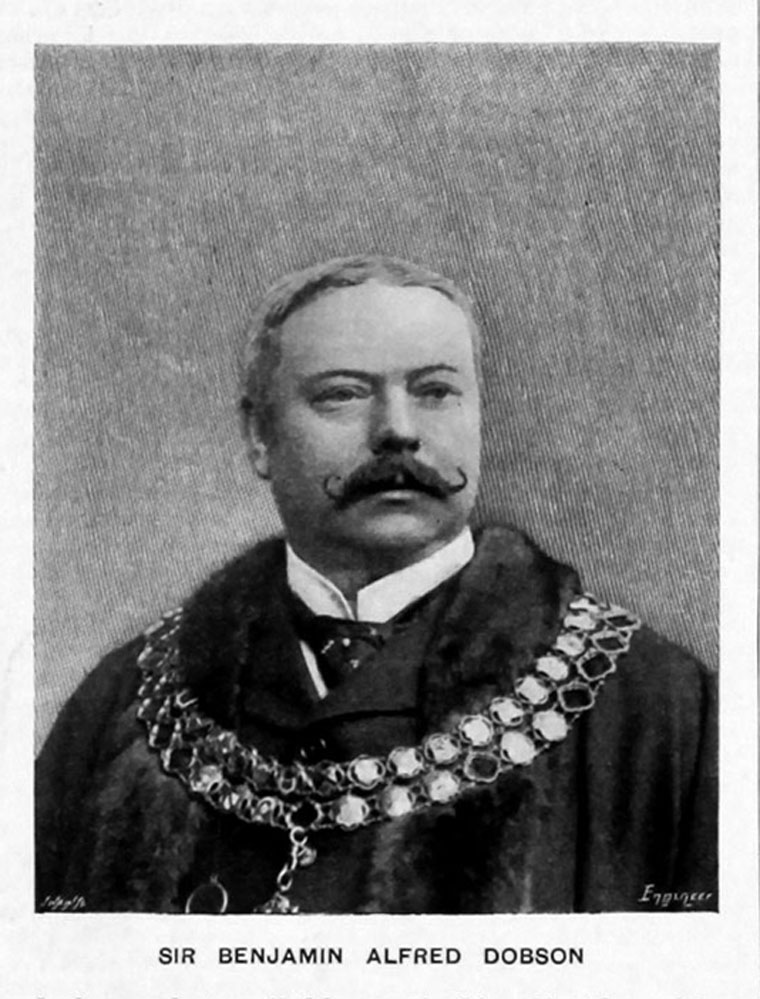 Became the Mayor of Bolton.

After being educated at the Grammar School, Carlisle, and the Collegiate Institute, Belfast, he studied as a mechanical engineer, and eventually entered the Kay Street Works of Messrs. Dobson and Barlow in Bolton, then conducted by his uncle, Mr. Benjamin Dobson.

On the retirement of the latter in 1871, he became a partner in the business with Mr. T. H. Rushton. He went through the several departments of the establishment, and thus acquired a practical knowledge of machine-making, both in the preparatory stages and in finishing.

In 1890 he went to Constantinople, in order to superintend personally the work at the Yedi Koule Cotton Spinning Mills, for which the machinery had been supplied by his firm. In connection with his business he also travelled on the Continent, in the United States and Canada, Egypt, India, and Japan. was the author of works on "cotton carding and card clothing," on "humidity in cotton spinning," and on "some difficulties in cotton spinning"; and of "a visit to cotton land," in which he recorded his observations during his travels in the Southern States of America.

In 1893 he read a paper to this Institution upon the artificial lighting of workshops, and in 1894 another upon electric welding; in both of these he described what had been carried out at his own works, and gave the frankest information as to the nature of the many difficulties encountered and the practical means whereby the successful results realised had been arrived at. Without professing to be an electrician, both papers showed that he had come conspicuously to the front among mechanical engineers in the way of utilising electrical science to the utmost.

In this year he was Mayor of Bolton for the fourth time, having been knighted in the previous year on the occasion of the diamond jubilee celebration of the Queen's reign. As chairman of the Bolton engineering employers' association, he was selected by the federation of engineering employers to represent them at the conferences which resulted in the termination of the long strike in the engineering works throughout the country. Under his guidance as chairman of the technical instruction committee, the old Mechanics' Institute in Bolton was transformed into a well equipped Technical School. He was also President of the Bolton Chamber of Commerce. In 1878 the order of Chevalier of the Legion of Honour was conferred upon him by the French government, in recognition of his groat services to French industry.