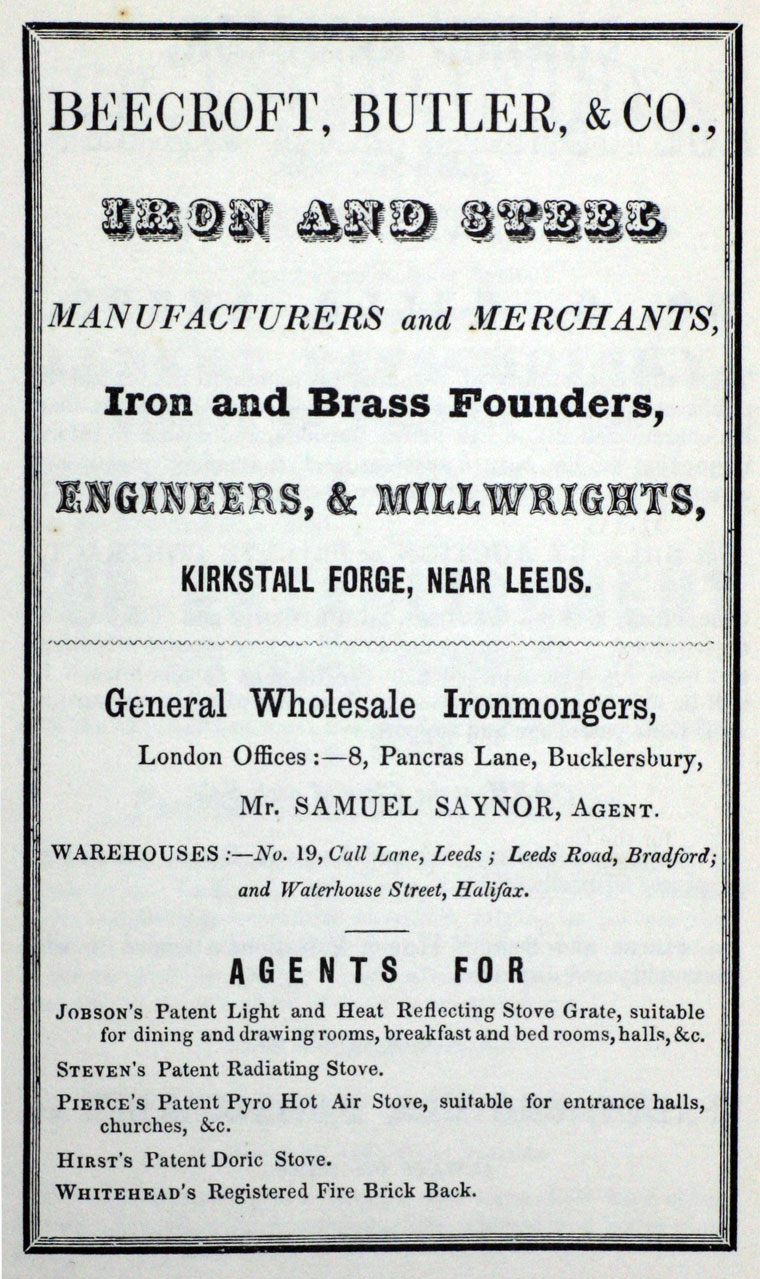 of Kirkstall Forge, near Leeds

Founded in 1779 by the Butler and Beecroft families.

Presumably connected with Beecroft and Heath of same address

1824 They established a branch warehouse in Bradford which later became Cordingley, Armstrong and Co.

1841 "NOTICE is hereby given, that the Partnership between the executors of George Beecroft, deceased, and Ann Butler, Thomas Butler, George Skirrow Beecroft, John Octavius Butler, and Ambrose Edmund Butler, all of Kirkstall-forge, in the parish of Leeds, in the county of York, in the business of Ironmasters, was dissolved, so far as regards the said Ann Butler, on the 1st day of October last past"[1]

1841 The Butler brothers John Octavius, Thomas and Ambrose entered into a partnership with their cousin George Skirrow Beecroft, late J.P. for Leeds, at the old ironworks at Kirkstall Forge.

1853 'Dock Committee.— The weekly meeting of the Dock Committee was held on Thursday, Mr. Turner presiding. On the recommendation the sub-conmittee of works, the committee accepted the tender of Messrs. Beecroft, Butler, and Co of the Kirkstall iron works, near Leeds, to supply and fit up five iron swing bridges over the entrance and communications of the intended new docks at Wapping.' (Liverpool)[4]