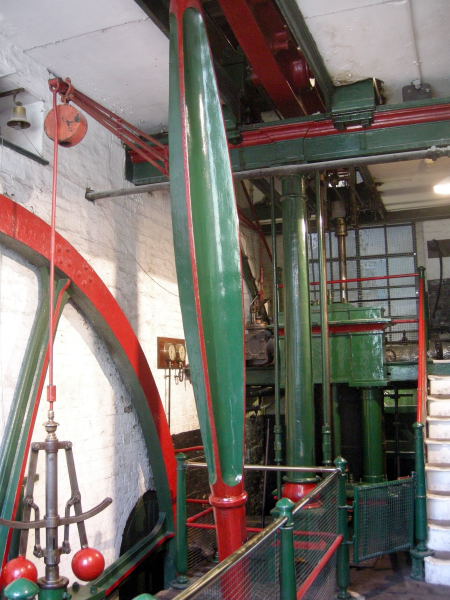 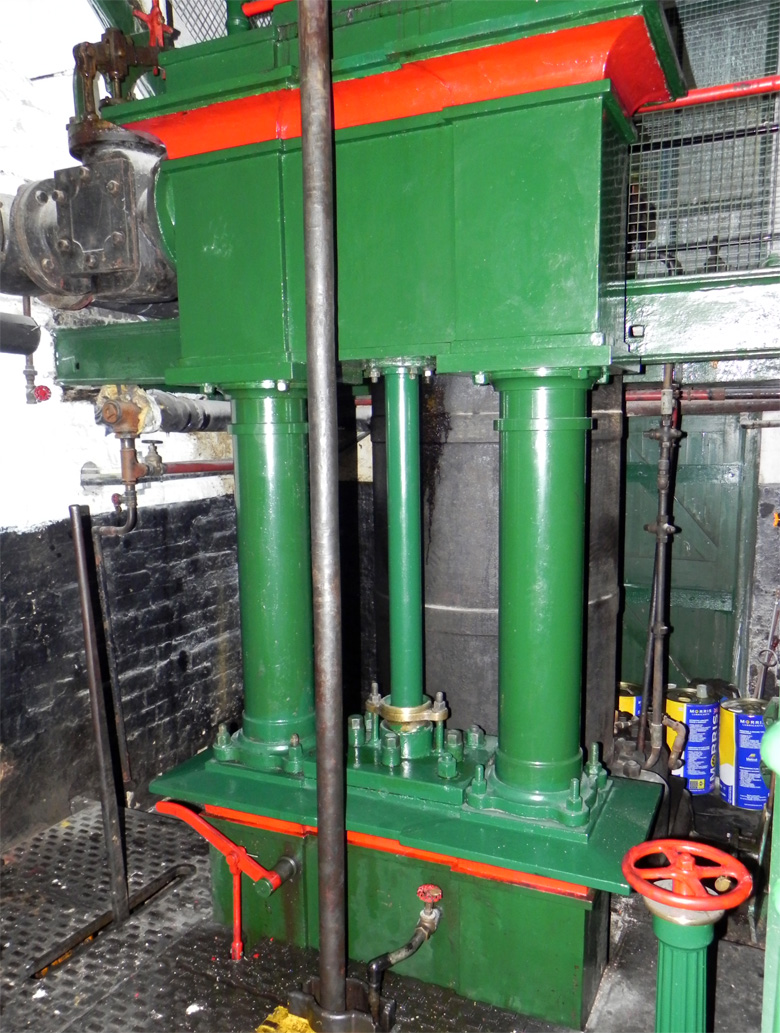 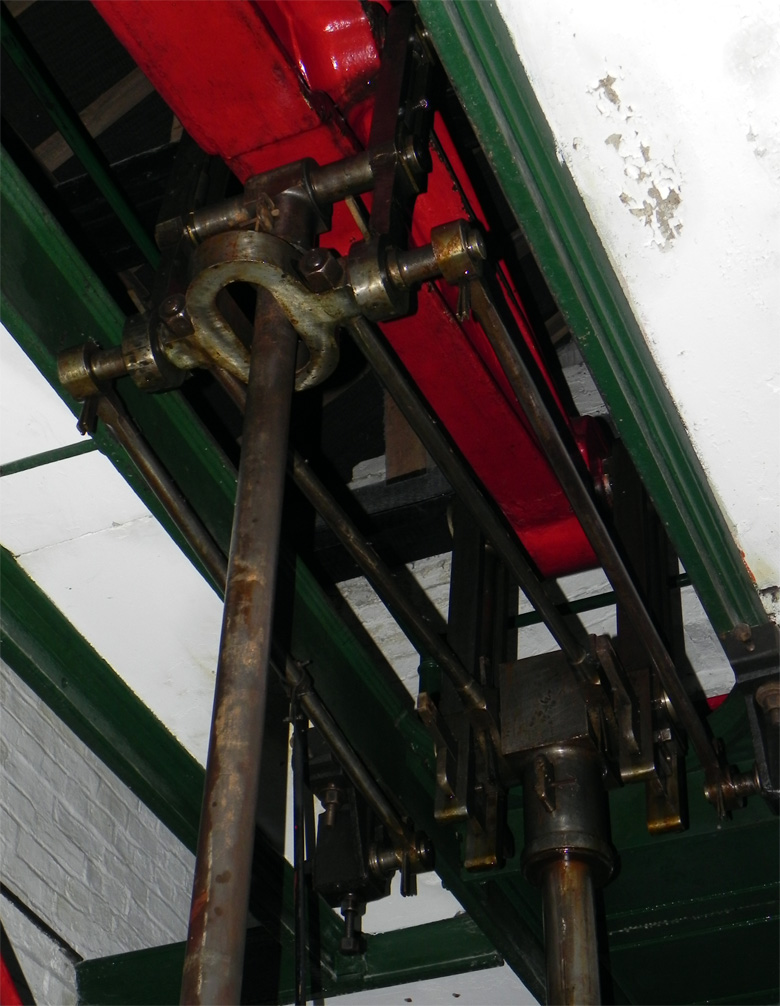 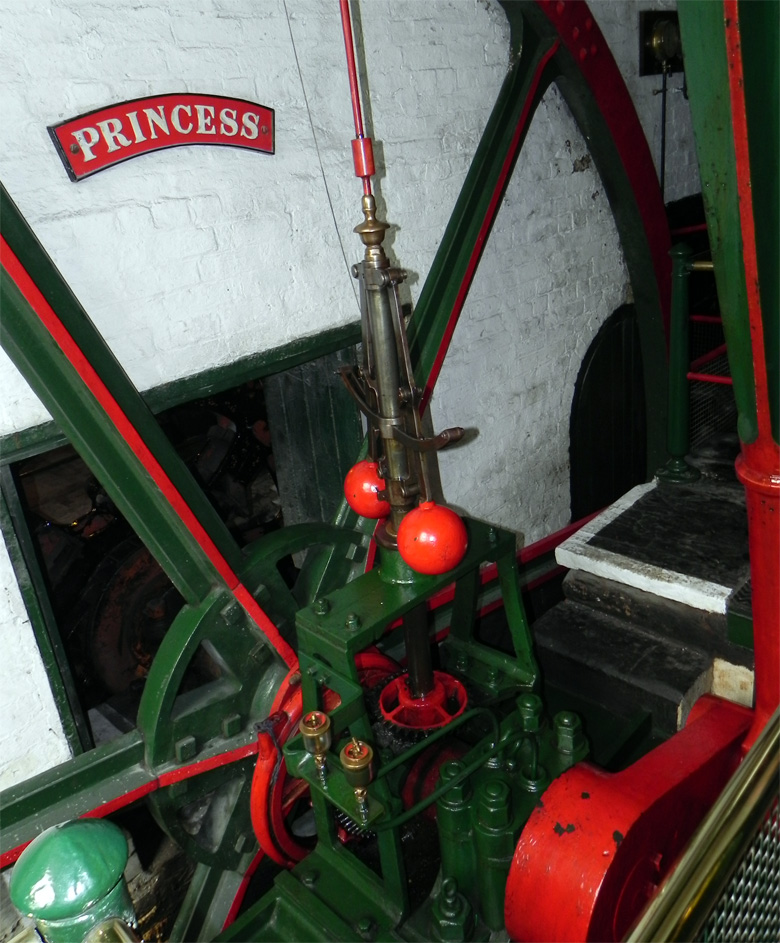 1802 Advertisement. 'TO STEAM ENGINE TENTERS &c. WANTED, TWO experienced hands to manage and Work a complete and powerful STEAM ENGINE, with close top Cylinder, for raising water at a colliery. Also a person who has been accustomed to, and capable of testing a common Atmospheric Pumping Engine. Three sober men (and none else need apply) of the above description, may meet with constant employ and wages according to merit by application to Messr. Bateman and Sherratt, Salford Iron Works. March 22, 1802.'[2]

Bateman & Sherratt made many stationary steam engines, and for a period were producing 'pirated' engines using features patented by Boulton and Watt. Injunctions were brought against them by Boulton and Watt in 1796, and Bateman and Sherratt suffered severe financial penalties. In spite of this they survived and prospered, especially after 1800 when Watt's patent expired. There are records of 46 engines built by B&S (not all 'pirated'), and there are thought to have been many more unrecorded examples [5]

1789 'A curious compleat circular iron weir, near 90 feet span, cast by Messrs Bateman & Sherratt at Duckenfield Furnace, near Manchester, was fixed there for John Andrew, Esq. This is the first of its kind in the Kingdom, and, we are told, it will be found more durable and cheaper than either wood or stone [6]

1794 Advert: 'To be Let or Sold, Together or separately, and may be entered immediately. TWO very desirable SPINNING FACTORIES, situated at the top of Fleet-street; one of which has a powerful steam engine, erected by Messrs. Bateman and Sherrat, which has never been used. ..... For further particulars apply at the premises, or Mr. Pickance, No. 58, King-street.'[7]

1795 Advertisement: 'To be LET, for a Term of Years, A NEW and complete FIRE ENGINE, equal to twenty Horses Power, supplied with Coal; made by Messrs. Bateman and Sherratt, situated at Fold's Colliery, in Little Bolton. For further Particulars apply to Mr. Cradock, Little Bolton Colliery. The above Engine is suitable for a Cotton Mill, Iron Foundery, or any other Work requiring great Power. Any Quantity of Land may purchased on reasonable Terms.'[8]

1797 A 'most capital Steam Engine, made by Messrs. Bateman and Sharrat, of Manchester' was included in the sale of equipment at the cotton mill of Miles and Thomas Edwards in Southwark, London[9]

1808 Advertisement for sale by auction, 'By J. Pilling, At the Coal Works, Royley and Chadderton, near Oldham, in the county of Lancaster, on Thursday, the 17th day of March, 1808, at ten o'clock in the forenoon, on the some day A FIRE ENGINE, made Messrs Sherratt and Bateman, now in very excellent condition. The Cylinder whereof is 44 inches diameter, with every article belonging the same, beam excepted. The Boiler is nearly new, and 17 feet diameter ; also a very good metal cistern, a brass working barrel, 16 inches diameter, two brass injection cocks, with clack shells of the same metal, and saddle, and all sorts of iron bolts and screws belonging the beam.'[11]

1827 Advertisement for sale of property of John and William Wood, bankrupts, selling at their cotton mill a 16 HP engine, with new boiler, by Bateman and Sherratt, with extra boiler.... [12]

1822 'STEAM-ENGINE AT THE BOTTOM OF A COALPIT. The following very extraordinary application of the most wonderful of modern inventions, the steam-engine, occurs in our immediate neighbourhood, and is, we believe, unparalleled in the United Kingdom. An engine pit of 147½ yards deep, has been sunk upon the Black Mine, in Newton, near Stockport, by Messrs. Bateman and Sherrat, upon the estate of F. D. Astley, Esq. and finding it practicable to win coal from below the deep level, little or no water interfering to prevent it, they have erected an engine at the bottom of the pit of the following description:- Power 28 horses— Length of stroke five feet - Length of beam 16 feet— Diameter of the fly-wheel, 16 feet — Boiler 25 feet long by 6½ feet wide— Boiler-house 33 feet long, 13½ high, 17 feet 2 inches wide. Inside measure - Engine house, 10 feet wide, 30 feet long, and 30 feet high to the top of the arch— the brick-work three feet thick— the quantity of bricks consumed upwards of 300,000. This engine winds the coal up an inclined plain of 233 yards, driven in the mine, by an endless chain about 5 tons in weight, the average angle of inclination is 37 degrees, equal to 76 yards at 100 yards. The engine was made by Messrs. J. and T. Sherratt, and set up under the immediate inspection of Messrs. Bateman and Sherratt's agent, Mr. J. Wilde, of Dukinfield ; and, from the success with which it works, and the difficulties connected with such an undertaking, reflects great credit on Mr. Wilde — (Stockport Adver.)' [13]

1836 Advertisement for sale of dye works equipment at Messrs Rothwell & Dearman's works at Water Street, Manchester. Items included an 'Atmospheric engine in good condition, made by Bateman & Sherratt. 36" diameter cylinder, 5 ft 6" stroke.' Worked by hand geers and tappets.... The motion is conveyed from the engine by means of a crank wheel working into a nut wheel upon the flywheel shaft, doubling the velocity of the flywheel to 36 revolutions per minute. The flywheel is 16 ft diameter; the engine beam is cast iron, 20 ft long, consisting of two beams screwed together [14]

1838. Advertisement. 'THE SALE at the Salford Iron Works, by T. M. FISHER, be CONTINUED on Monday the 9th July, 1838, the late Messrs. Sherratt's Foundry, Hardman-street. Salford; when will be SOLD, the very Valuable COUNTING-HOUSE FURNITURE and FIXTURES, comprising several capital mahogany desks, secretaire, and bookcase, mahogany chairs, with hair seating, drawing boards, mahogany tables, several models: a large quantity of maps and plans; plans and sections of machinery; A BEAUTIFUL WORKING MODEL OF A PNEUMATIC ENGINE; TWELVE POWERFUL IRON AND WOOD CRANES, with rope and chain falls, pullies, and blocks; three air furnaces; Vaughan's patent blowing apparatus; EXCELLENT LEVER WEIGHING MACHINE for 85Cwt.; ladders, wheelbarrows; FOUR CAPITAL BROAD-WHEELED CARTS, and TWO STRONG FOUR-WHEELED LORRIES, all with iron arms. Sale to commence precisely at eleven o'clock in the forenoon. The whole may be viewed and catalogues had on the premises, or from the AUCTIONEER, 5, Newall's Buildings, Market-street, Manchester.' [15]