1862. Model of Traction Engine at the IMechE. 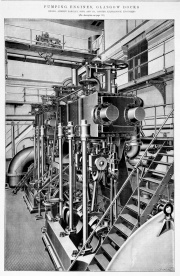 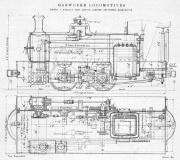 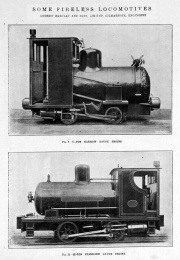 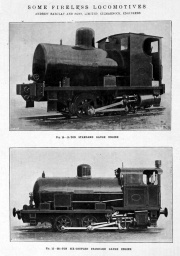 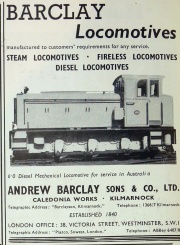 1956. Fireless Steam Locomotive No. 2373. Exhibit at the Shildon Locomotion Museum.

1956. Exhibit at the Shildon Locomotion Museum. 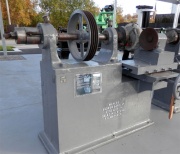 Curling stone lathe, ex-Andrew Kay and Co, on display at the Summerlee Museum of Industrial Life. 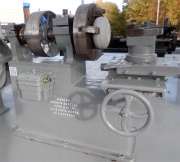 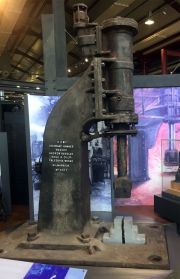 Steam hammer at the Summerlee Museum of Industrial Life.

A. Barclay, Sons and Co of Caledonia Engine Works, Kilmarnock was a steam and later diesel locomotive builder.

Born in 1814 Andrew Barclay was 25 years old when he set up a partnership with Thomas McCulloch in the manufacturer of mill shafts in Kilmarnock, East Ayrshire, Scotland. A couple of years later that he branched out on his own in the manufacture of his patented gas lamps.

1840 He set up workshops specializing in the manufacture of winding engines for the local coal mining industry, however the money from the gas lamp patent sale was never paid and the company and sequestration came the following year.

1859 Barclay recovered from this set back and his newly formed company produced its first locomotive the beginning of a long series four coupled saddle tanks.

Sometime around 1871 Andrew Barclay set up a second locomotive building business which was known as Barclays and Co for his younger brother, John, and his four sons, this business remaining closely associated with that of Andrew Barclay. Again not all went well and the companies were declared bankrupt in 1874 and 1882 respectively (??).

1888 Merged Barclays and Co in to the parent company.

Four years after this last collapse Andrew Barclay’s business was relaunched as Andrew Barclay, Sons and Co. Barclays and Co was being revived.

1892 Problems were not over, however, but the firm took on limited liability as Andrew Barclay, Sons and Co.

1894 Just two years later Andrew was removed from control of the company which bore his name by its shareholders. Barclay sued the company for unpaid wages, a matter which was settled out of court 5 years later.

1905 Andrew Barclay winding engine at Morlais Colliery, South Wales. It ran from 1905 to 1981 without breakdown. Now at Kidwelly Industrial Museum

1925 The Company severed ties with Barclays and Co, in liquidation.[3]

In 1930 the company bought the business of John Cochrane engine makers.

In 1963 it acquired the goodwill of the North British Locomotive Co in Glasgow.

In 1972 it was acquired by the Hunslet Group of companies.

1989 Its name was changed to Hunslet-Barclay

The company was noted for constructing simple robust locomotives and many of its products survive in use on heritage railways. It was the largest builder of fireless locomotives in Britain, building 114 of them between 1913 and 1961.

The estimated number of steam locomotives built is 2,052.