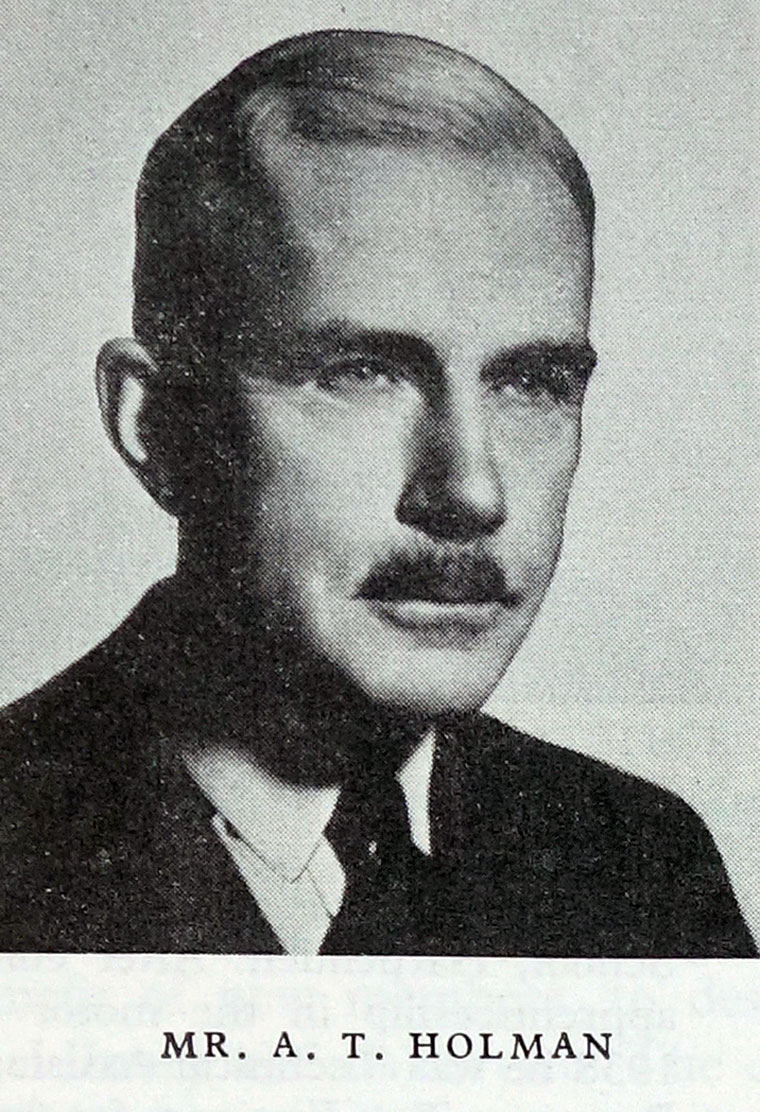 Mr. Holman, served an apprenticeship in Camborne with Holman Brothers, Ltd., and also in Coventry with Alfred Herbert, Ltd. He then spent two years at Birmingham University, and returned to Camborne in 1913 as Director of the Rock Drill Works.

In the 1914-18 war he served in the Honourable Artillery Company, the Royal Field Artillery, and the Royal Air Force, and was demobilized in 1919. In 1921 he paid a visit to the South African gold mines, and in 1933 a second visit was made to Johannesburg to build and equip a branch works. He also visited Canada and the United States of America for the purpose of investigating rock drill practice.

Among other interesting products for which Mr. Holman has been responsible are a bomb projector for small craft designed for the Admiralty and a rock drill through which dust is dry-ducted, so assisting in the alleviation of the silicosis danger. In 1950 Mr. Holman became Chairman of Holman Brothers, Ltd., in addition to being Joint Managing Director.