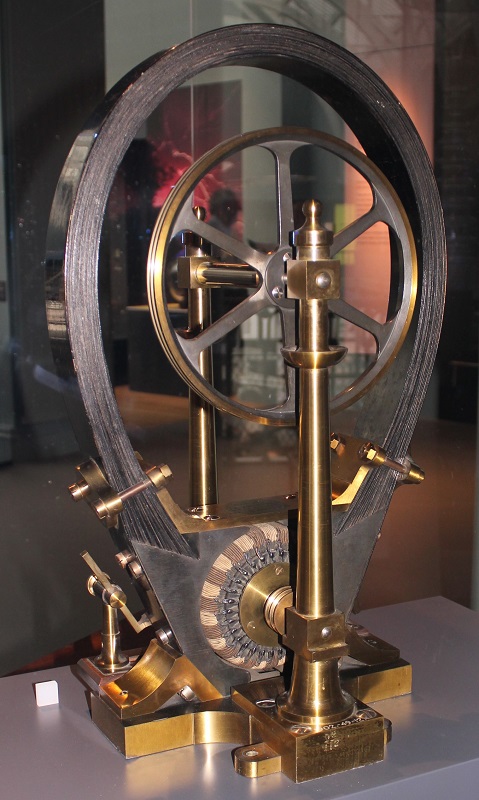 1870s Gramme dynamo, laboratory type, on display at the National Museum of Scotland 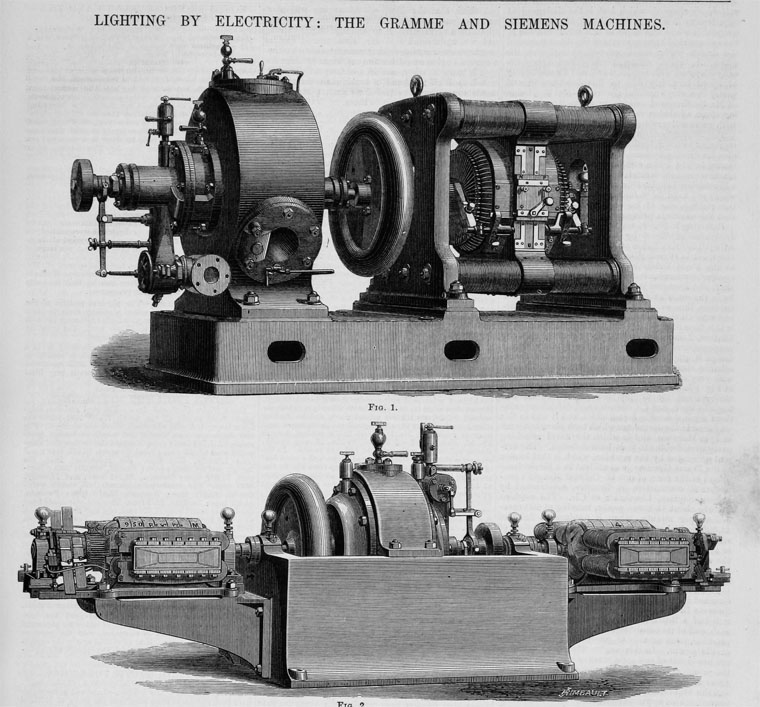 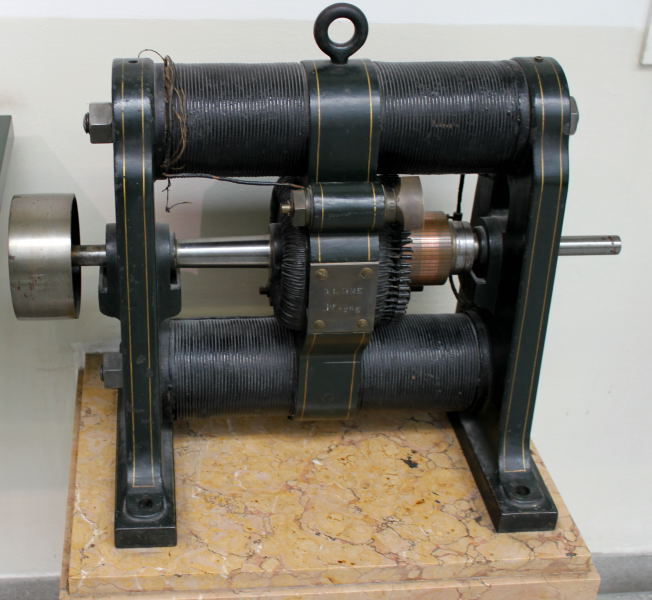 c.1880 machine at the Deutsches Museum

Zénobe Théophile Gramme (1826-1901) was a Belgian engineer and inventor, responsible for developments that accelerated the development of the electrical industry.

1826 Born 4 April near Huy in the province of Liege

1856 Moved to Paris where he worked as a patternmaker at the works of the Societe d'Alliance, where an electrical machine, designed by Nollet, was being made. He recognised a flaw in the theory behind the machine and proposed alterations which were confirmed in practice. Not finding much support from his employers he left and moved to other establishments more interested in improving electrical machines.

c.1857 Conceived the idea of a direct current dynamo capable of generating smoother and much higher voltages than the dynamos known to that point.

1869 With support from Hippolyte Fontaine, Gramme applied for a patent

1873 Accidentally discovered that the device was reversible and would spin when connected to any DC power supply. The Gramme machine was the first electrical motor capable of delivering useful power that was successful industrially.

1877 Rookes Evelyn Bell Crompton imported generators and arc lamps that were being used to great effect by Zenobe Gramme in Paris.

1884 Gramme's patent on the dynamo expired.

Gramme opened a factory in association with Hippolyte Fontaine. The business, called the Société des Machines Magnéto-Électriques Gramme, manufactured the Gramme dynamo, Gramme ring, Gramme armature and other devices. In 1873 a Gramme dynamo was exhibited at the Vienna exhibition.

"...death is announced of M. Gramme, the Belgian electrician, at the age of seventy-four, at Bois de Colombes. Though the inventor of other things, M. Gramme's name will be always most usually connected with his dynamo. His memory will be perpetuated by the large firm for the manufacture of the machines which hear his name. In his early years, M. Gramme was brought up as a carpenter, and while attending scientific lectures at Liege, he showed a talent for machinery..."More.