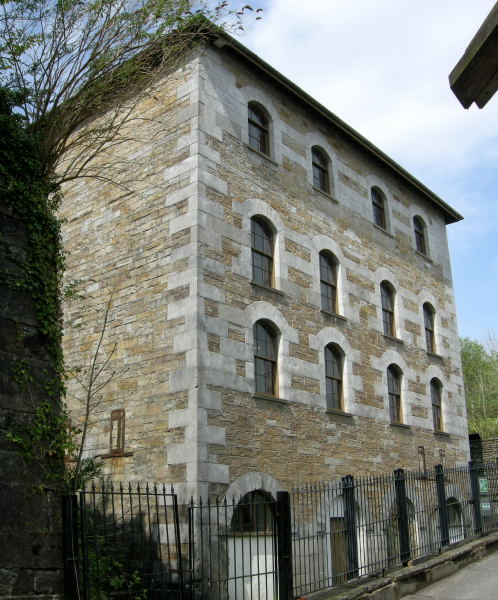 Housed in one of the two former blowing engine houses at Ynysfach Ironworks.

Although there were few artefacts on display, the emphasis was on records of the local industries, and knowledgable volunteers were on hand, keen to supply information.

The engine house itself is impressive, and remains of some of the massive internal cast iron structures could be seen.

Outside, in the grounds of the adjacent college, are the remains of the large masonry blast furnaces.