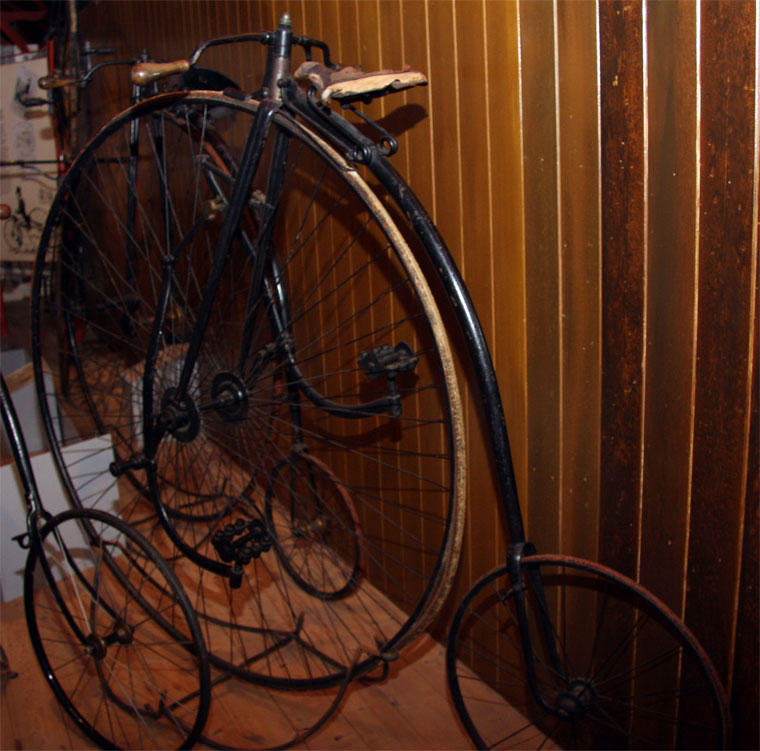 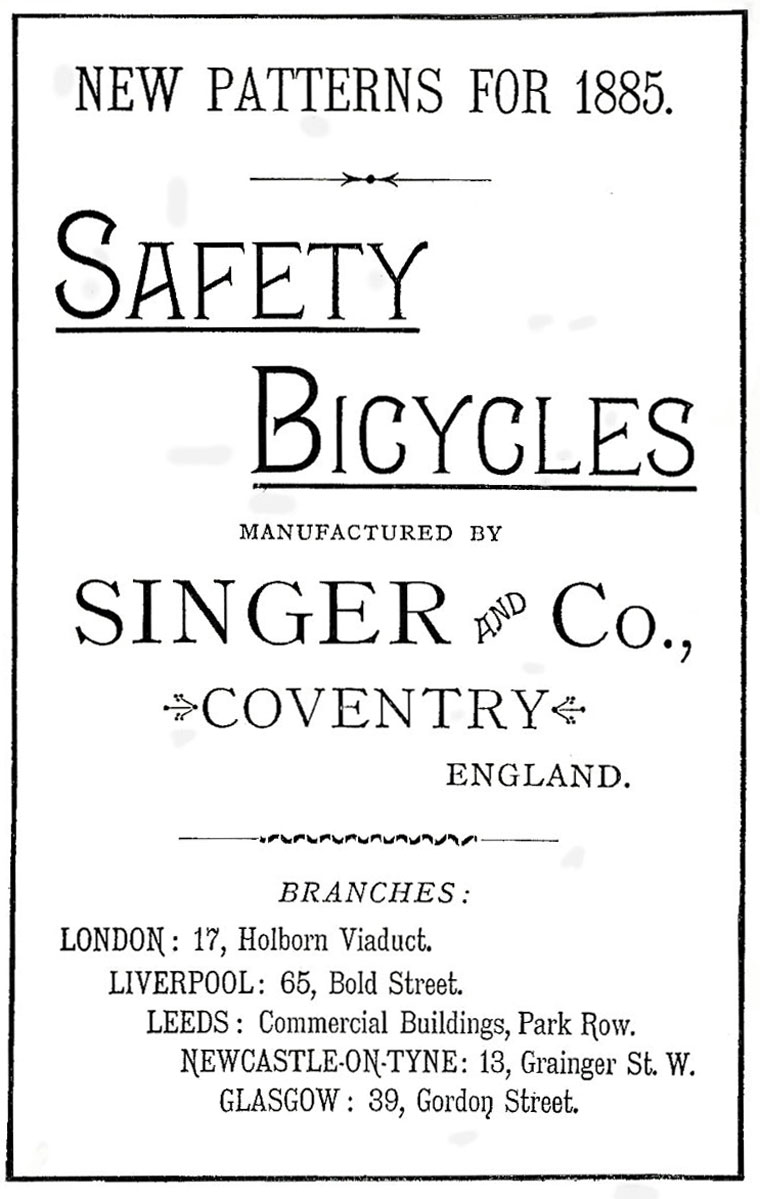 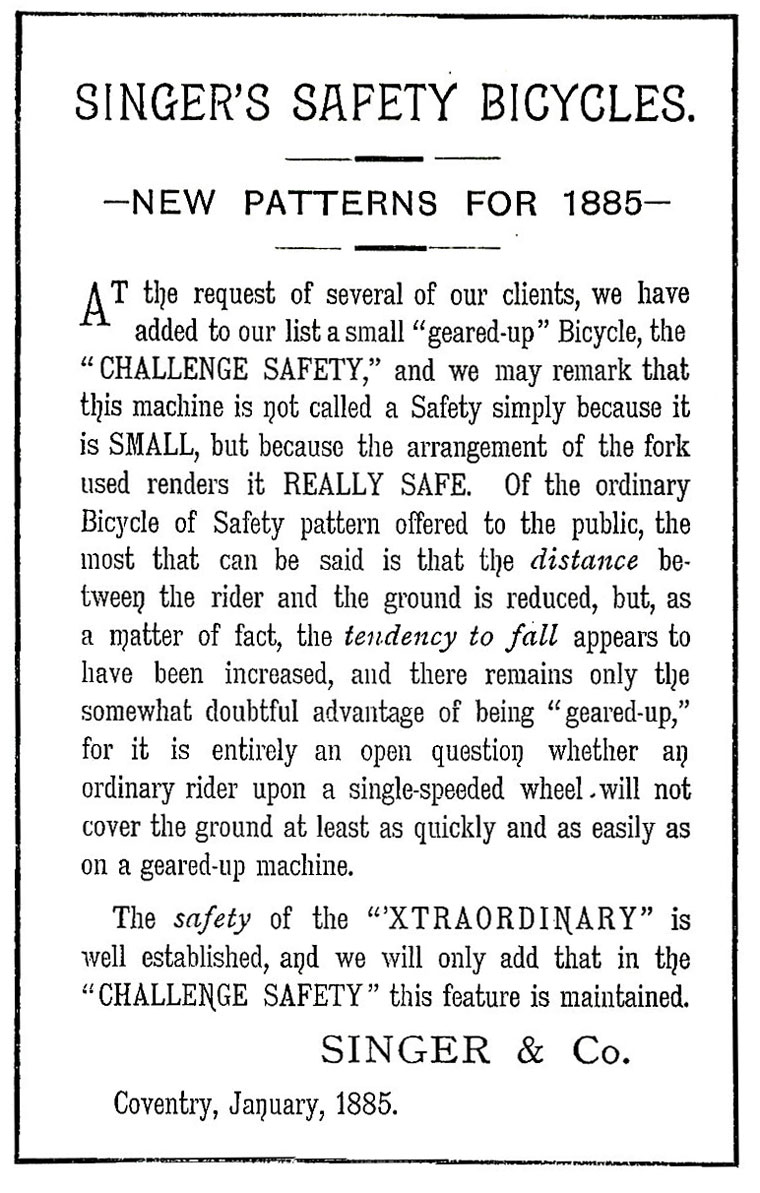 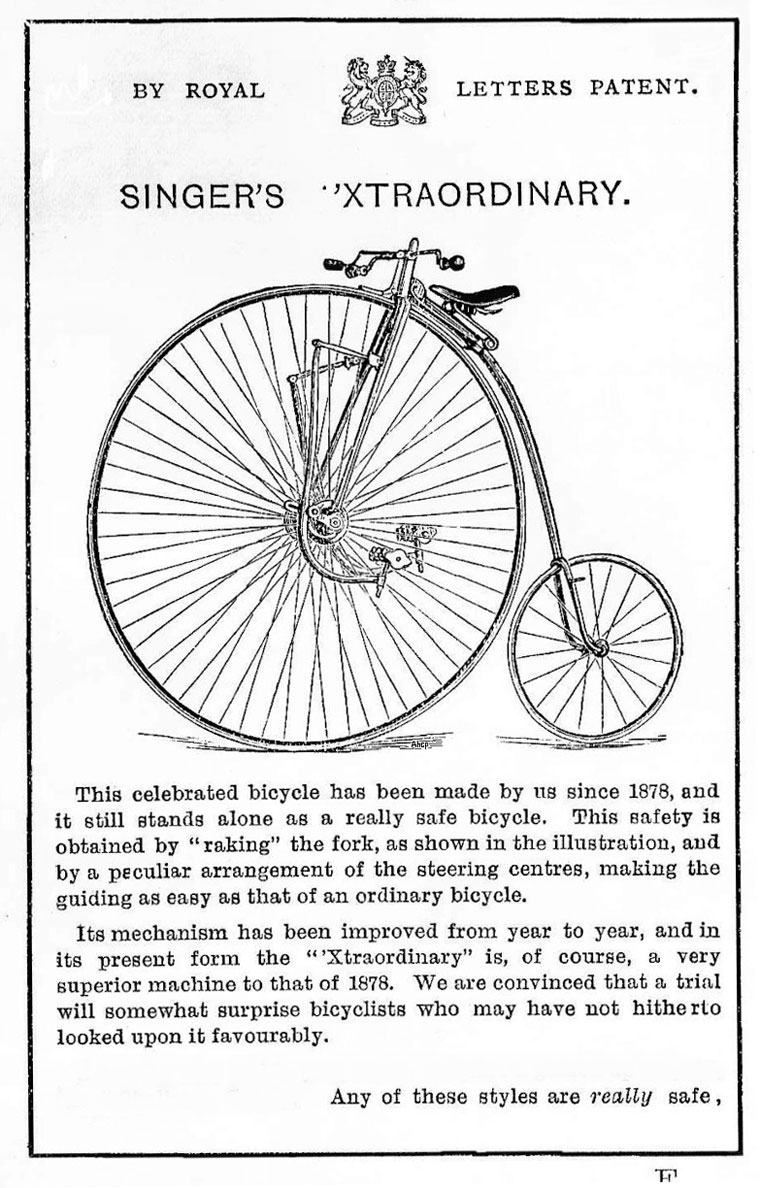 1878 'Xtra Ordinary' cycle patented by George Singer on 24th October 1878. Weight 53 lbs. Made by Singer and Co Ltd., Coventry, at the suggestion of George Dominy, an amateur cyclist of Weymouth[1].

1878 One of the first safety "ordinary" cycles, so was called the Xtraordinary. [2].

This very early bicycle listed as a ‘SAFETY’ bicycle in an attempt to eliminate the dreaded ‘Header’ also known as ‘coming a cropper’ commonly experienced when riding an Ordinary (Penny Farthing). Around this time the ‘bicycle’ commonly known in the UK as a penny farthing, became the ‘ORDINARY’ Bicycle and the machines of today and others such as the Xtraordinary were known as the ‘SAFETY’ Bicycle.

The action of the rider when driving the machine can be compared to and is similar to that of a walking action, as the cranks and arms swing to and fro.

The 1885 model with a wheel size between 48 inch – 54 inch, sold for the princely sum of £21 a smaller 44 inch wheel machine offered at £19. All came with several ‘extra’s ranging from plated levers to detachable foot-rests.

Several Singer Xtraordinary machines survive today, many in Museum’s but one or two can be seen ridden at Rallies and events. [3]