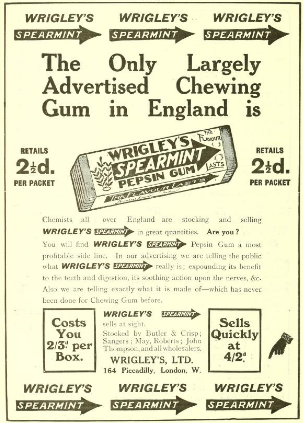 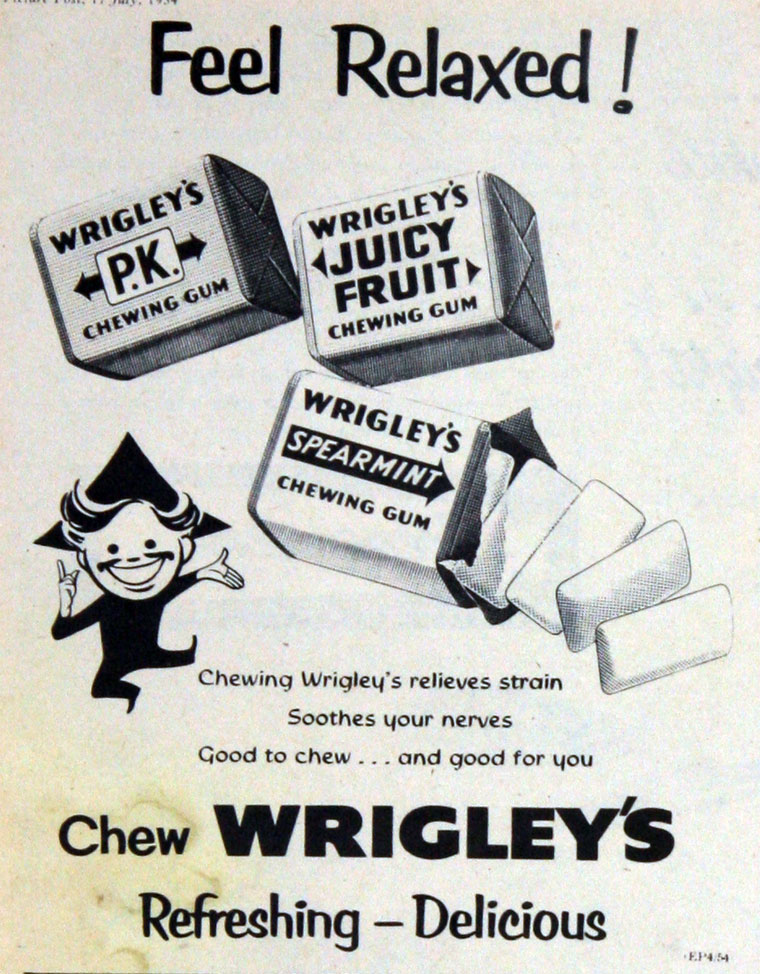 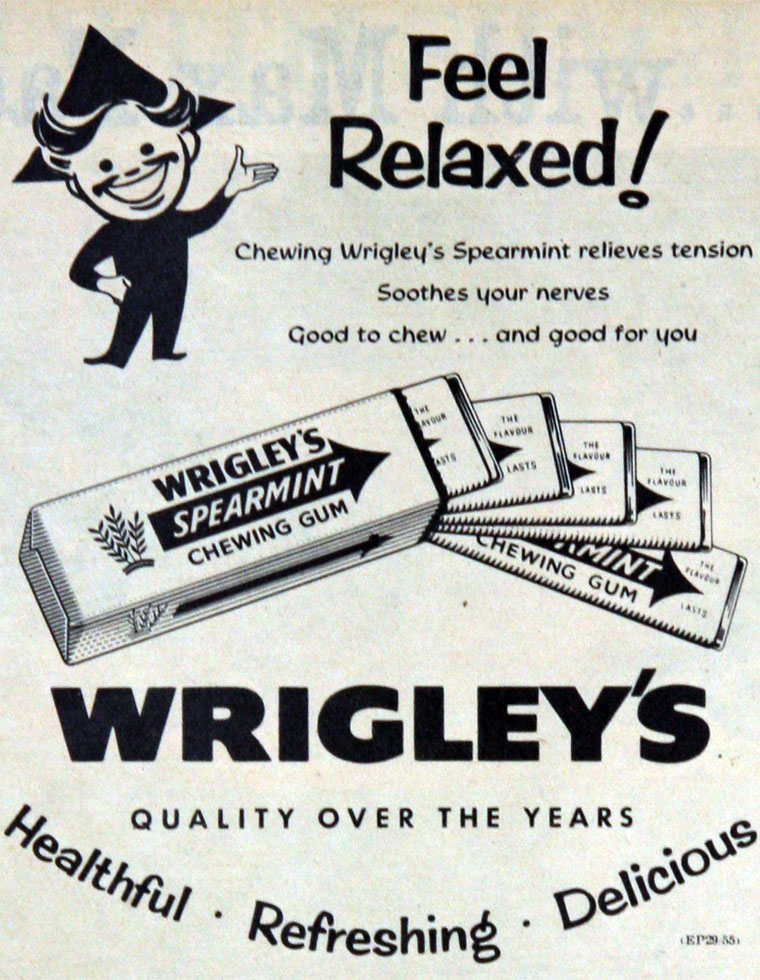 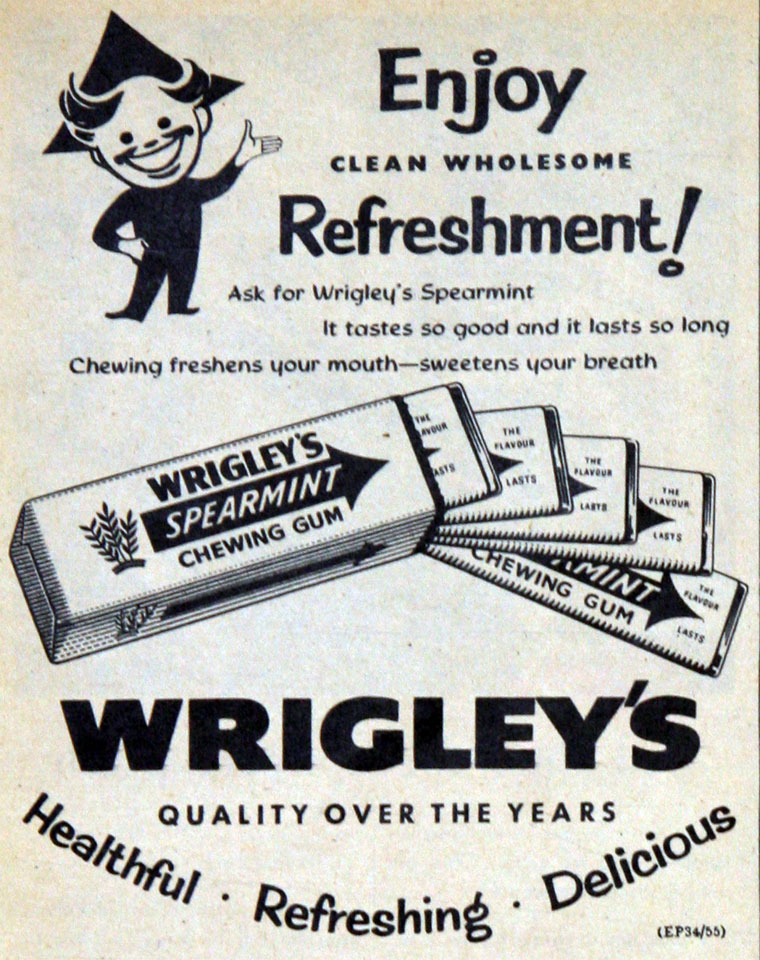 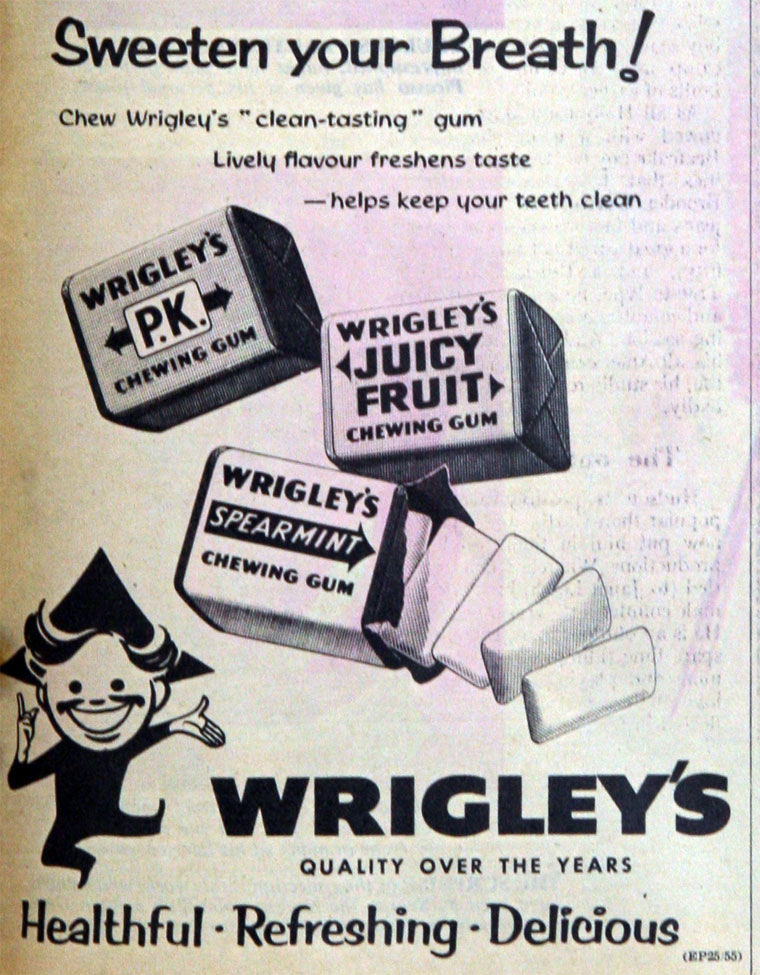 1927 Opened a factory at Wembley

2008 Wrigley's was acquired by the Mars Group, forming the world's largest confectionery business; Wrigley's could continue to operate as an independent business[2]