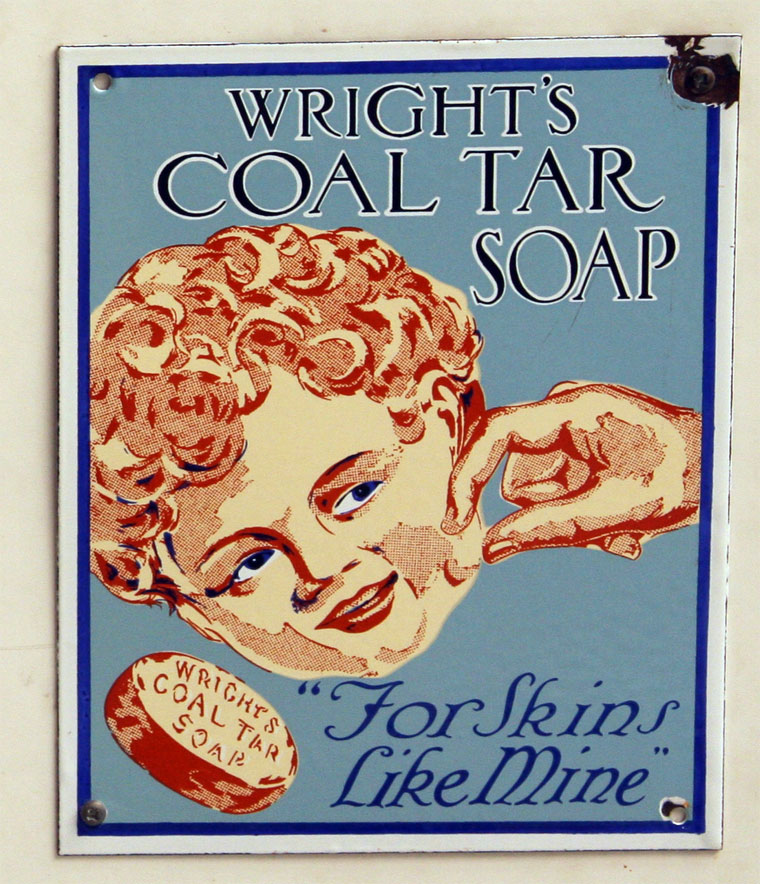 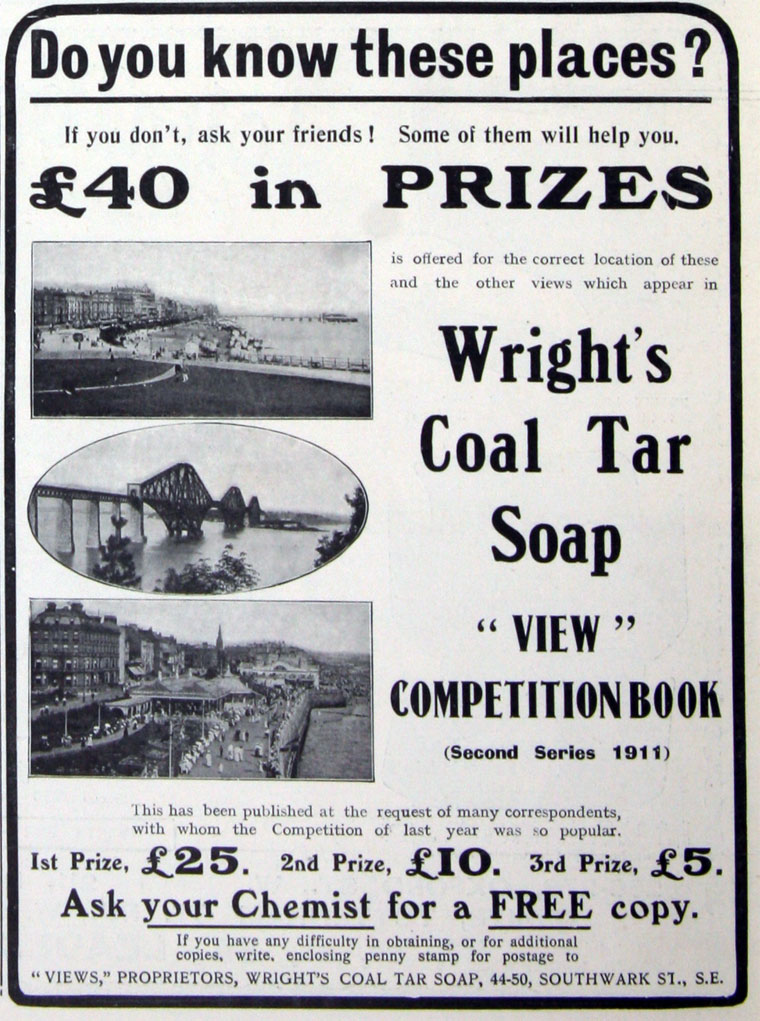 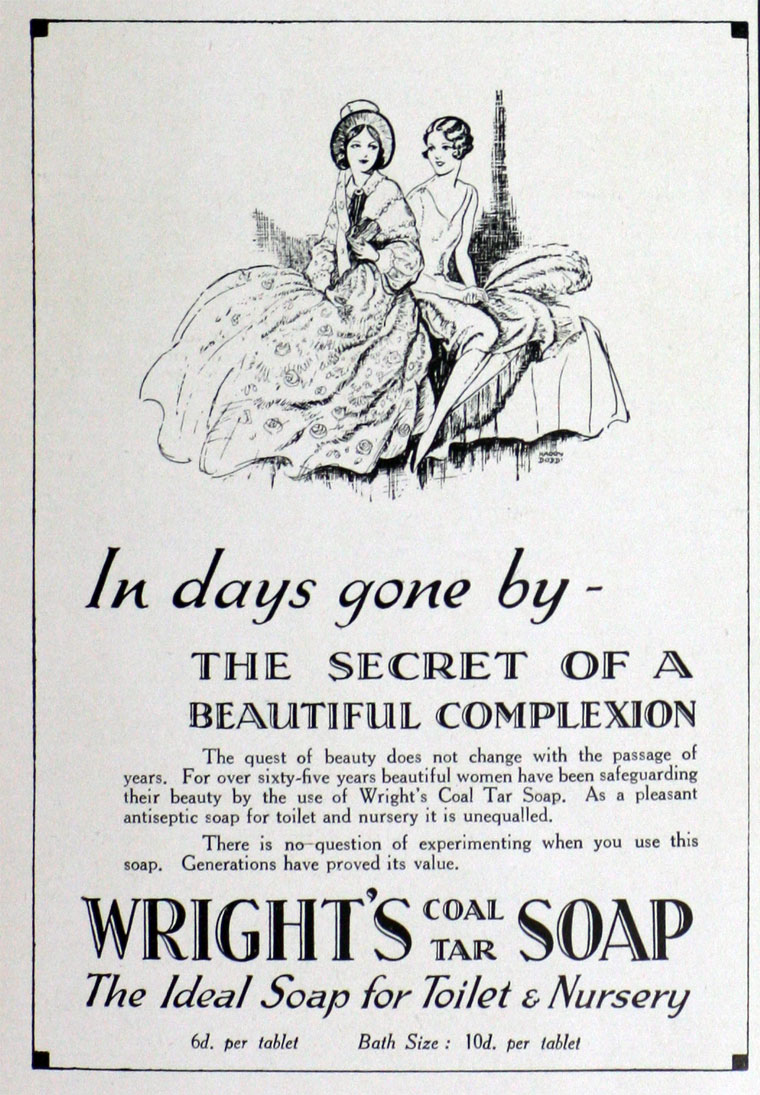 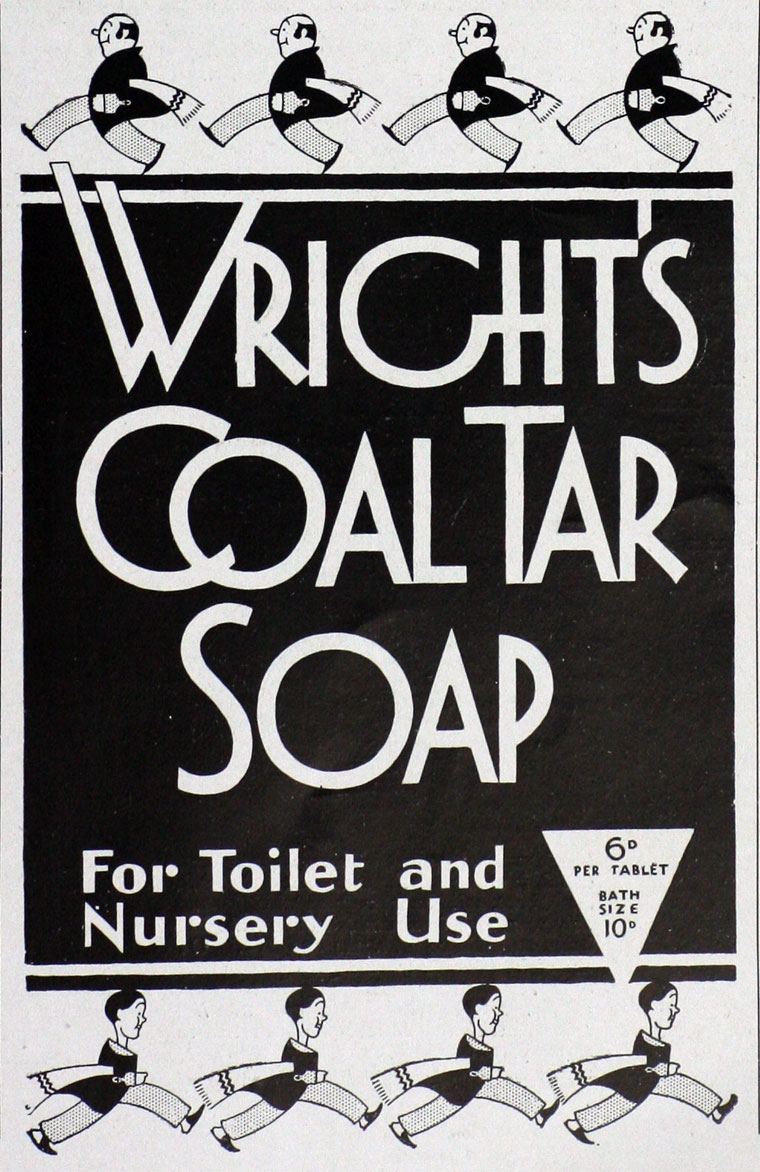 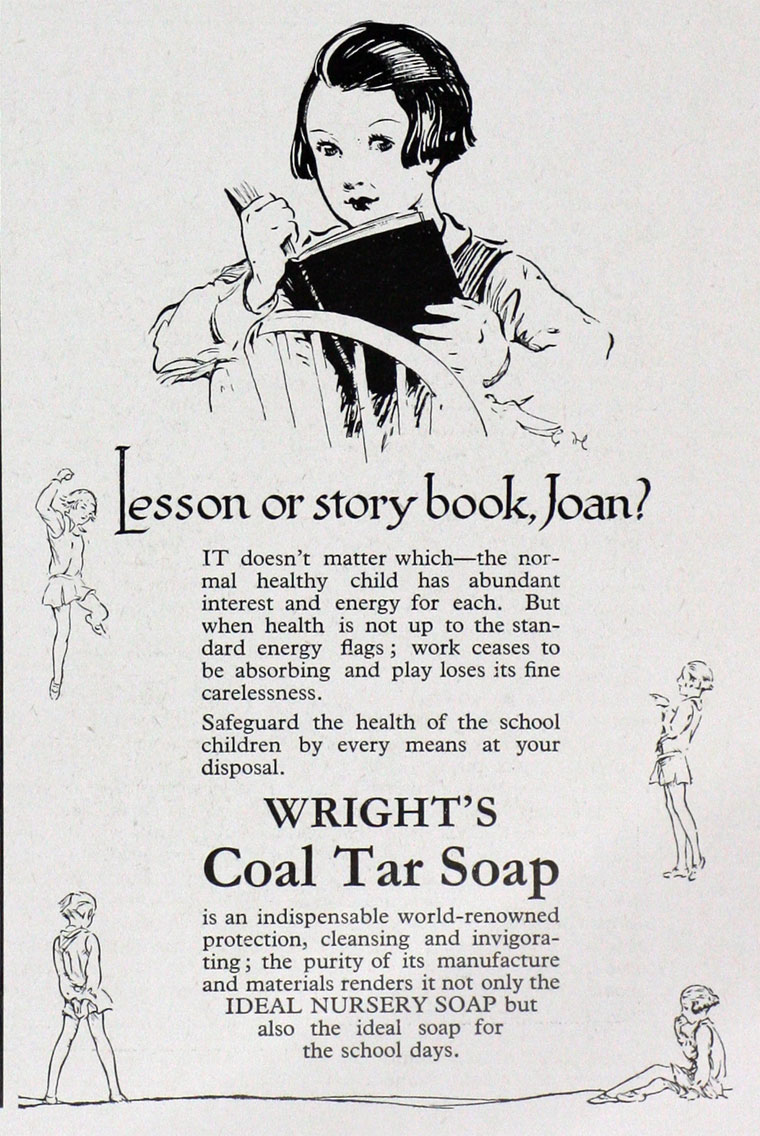 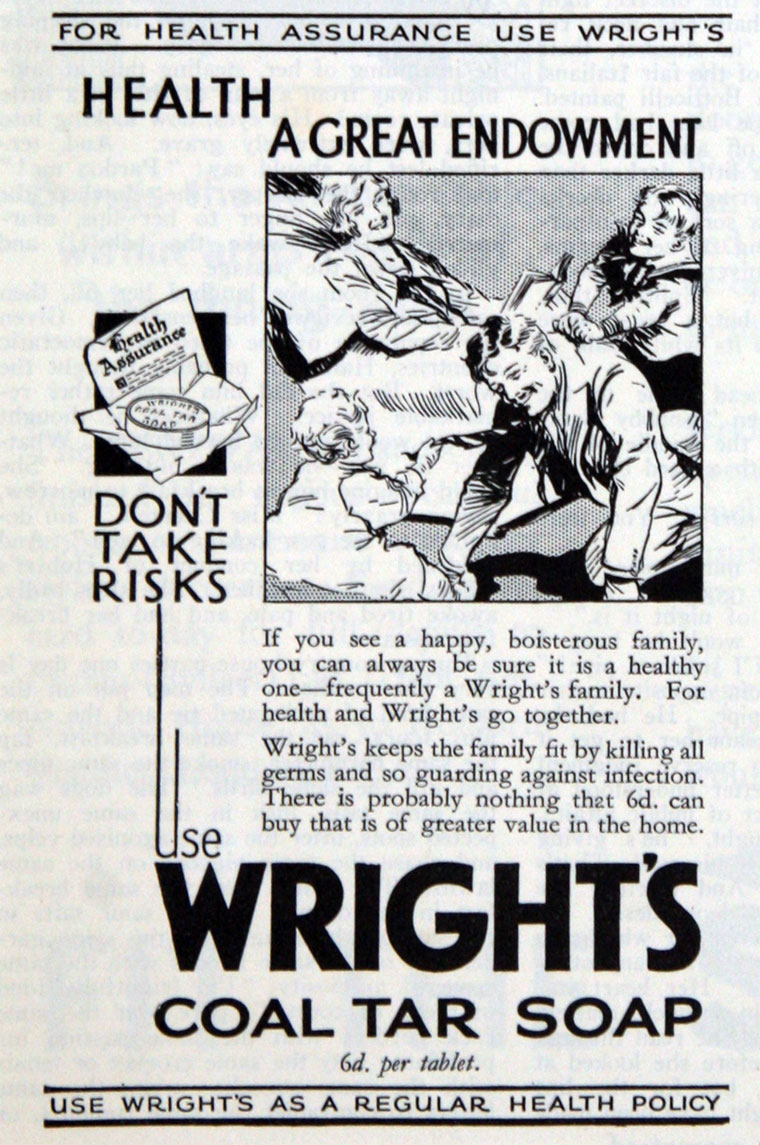 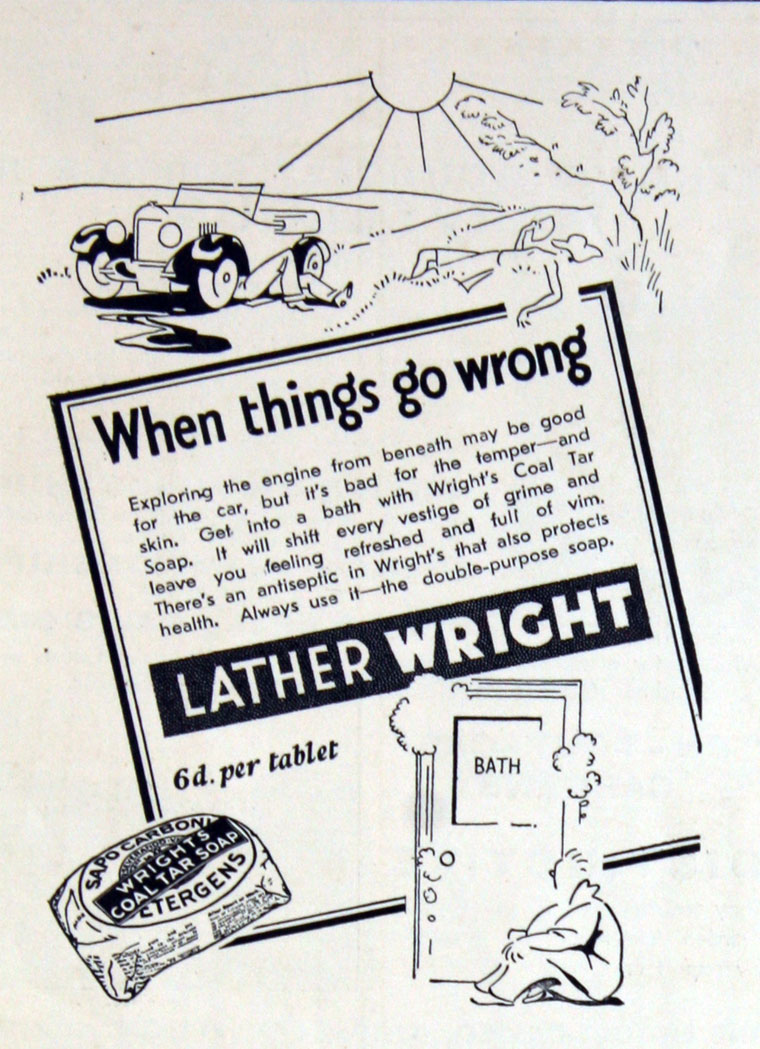 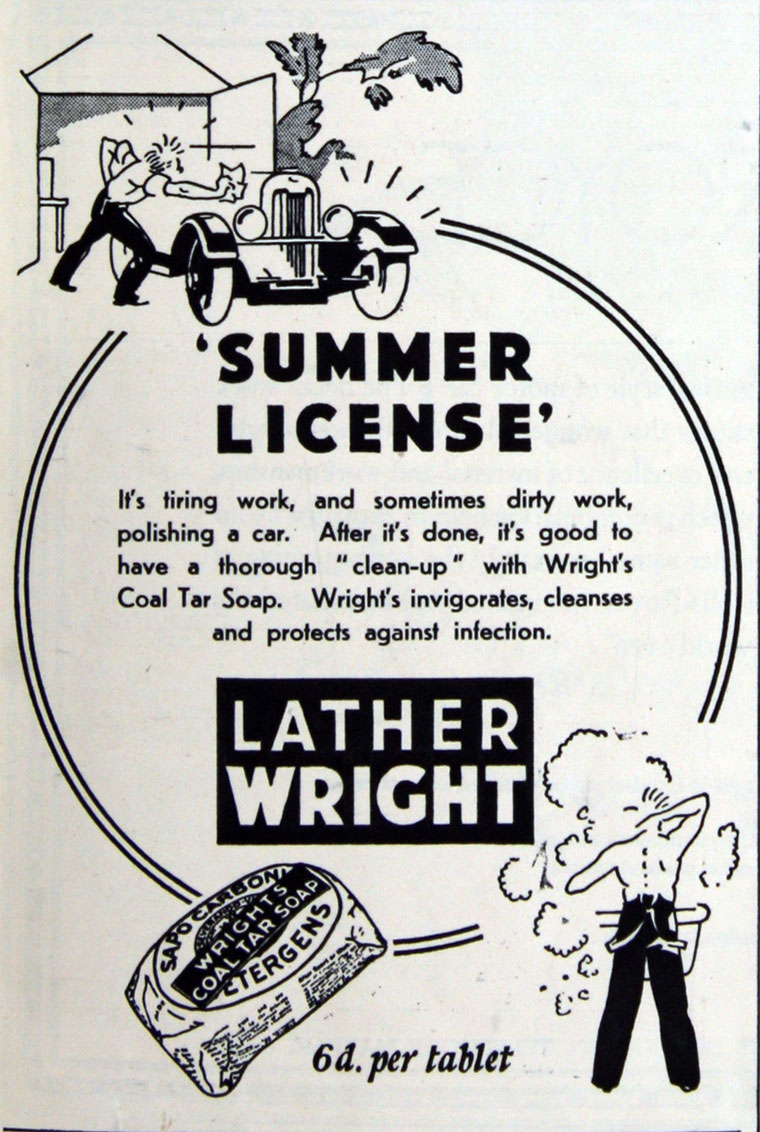 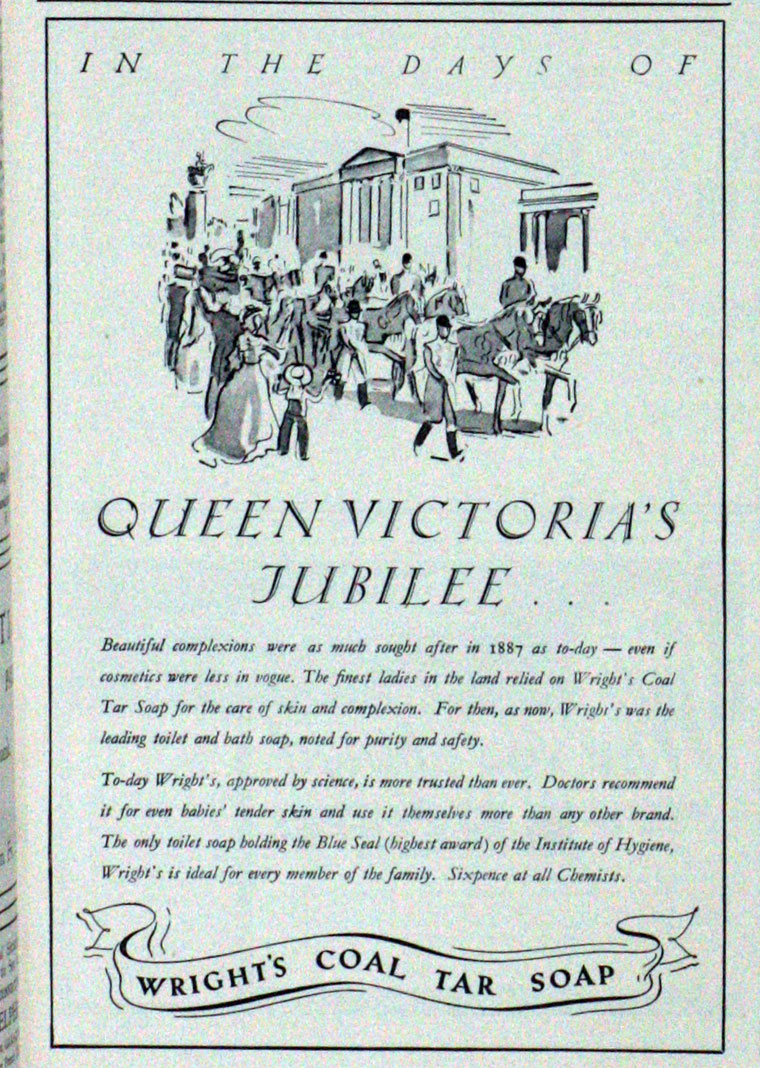 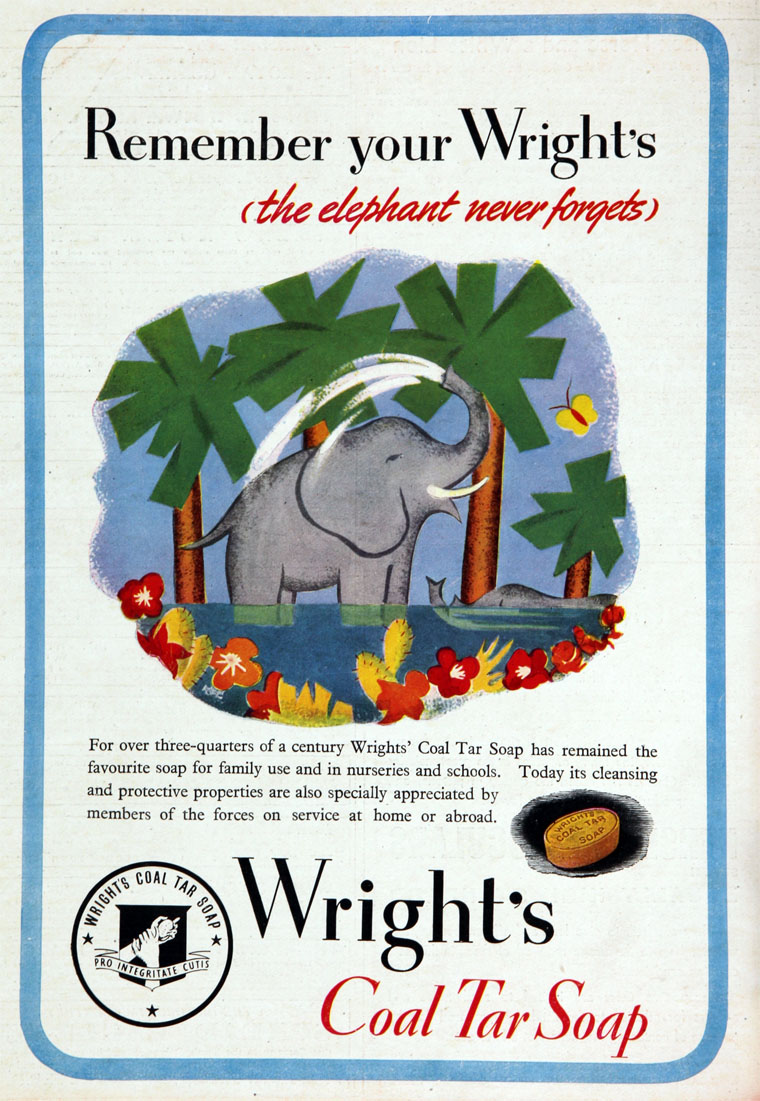 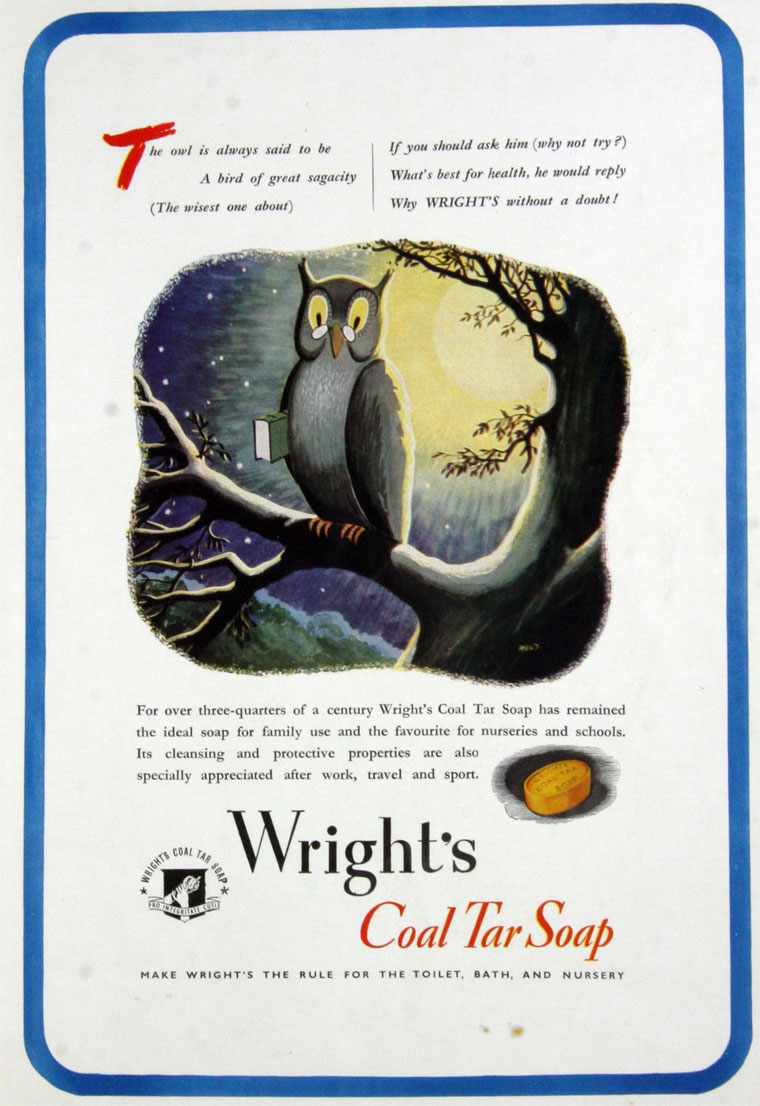 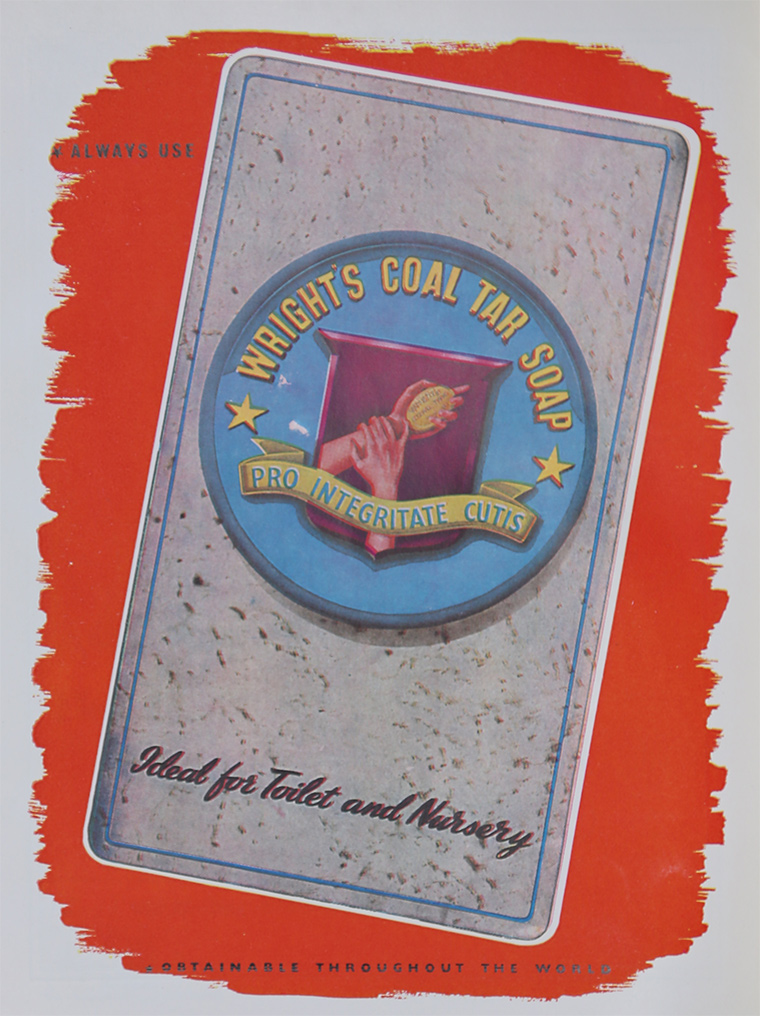 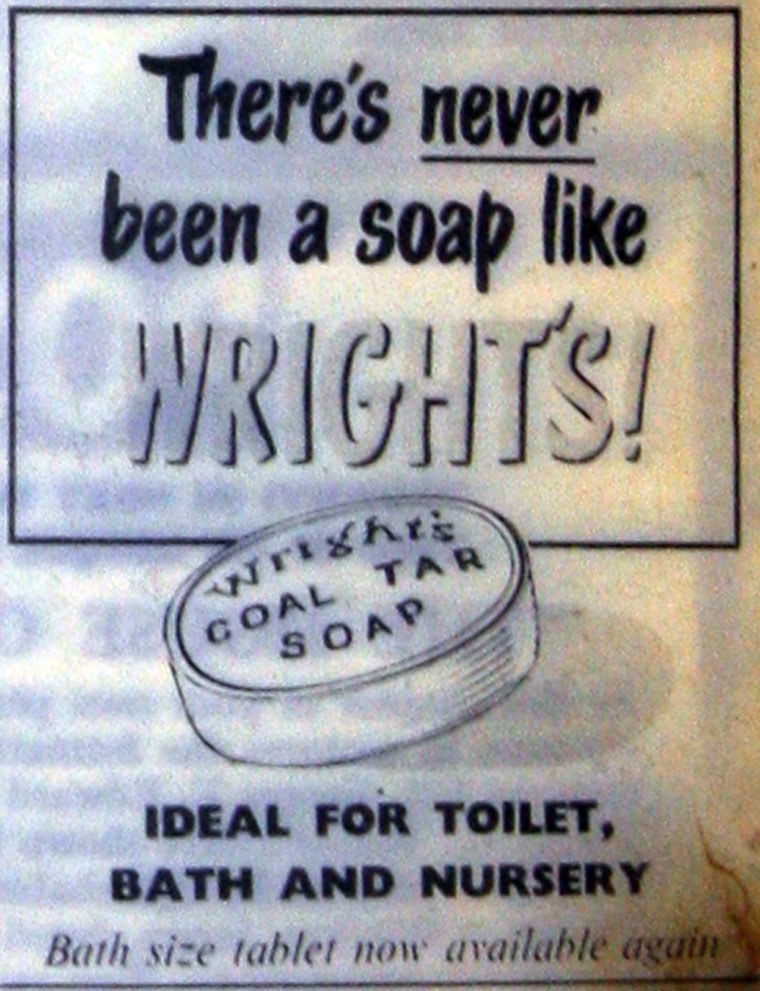 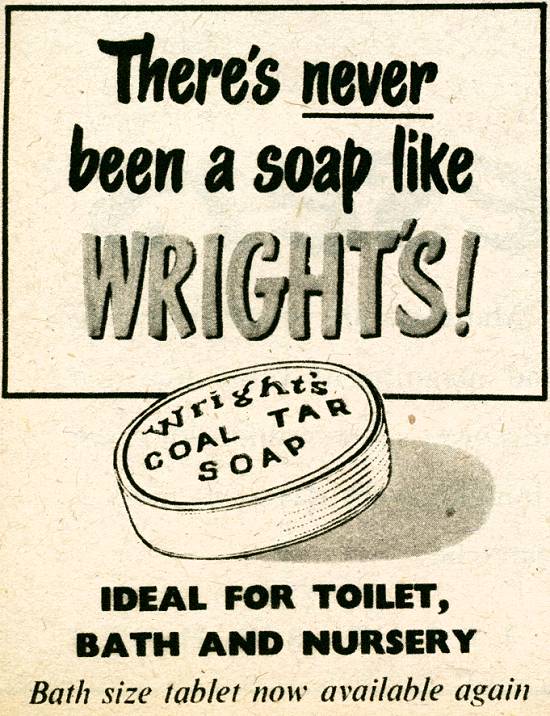 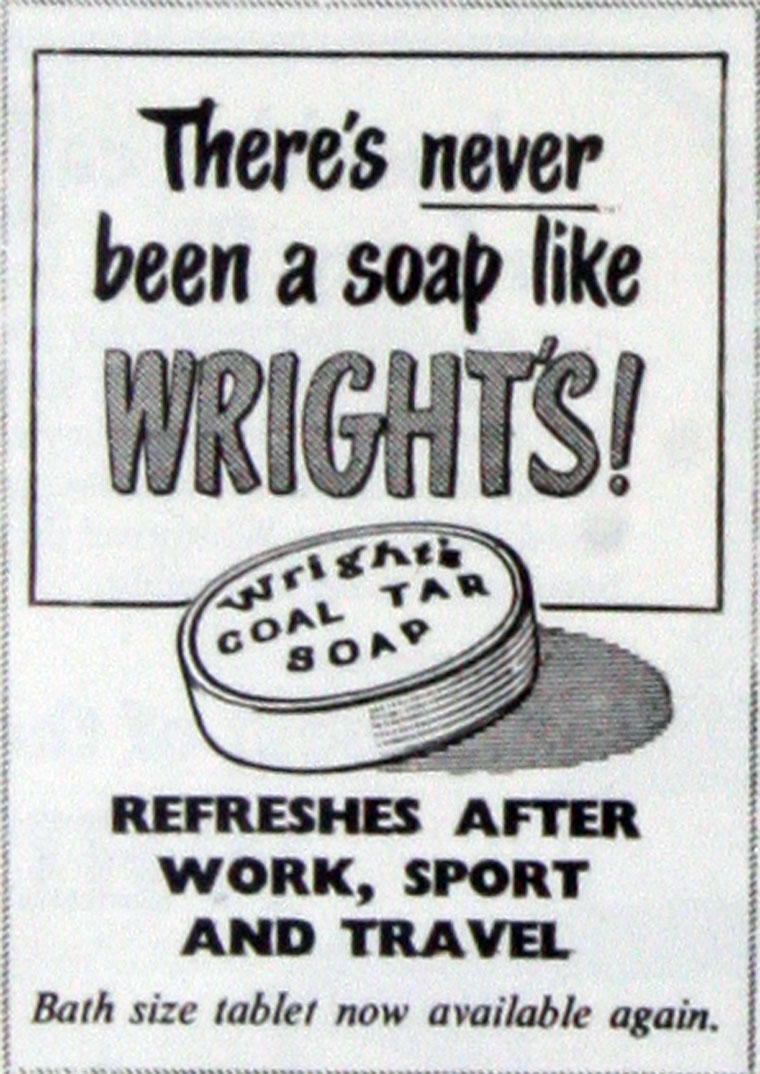 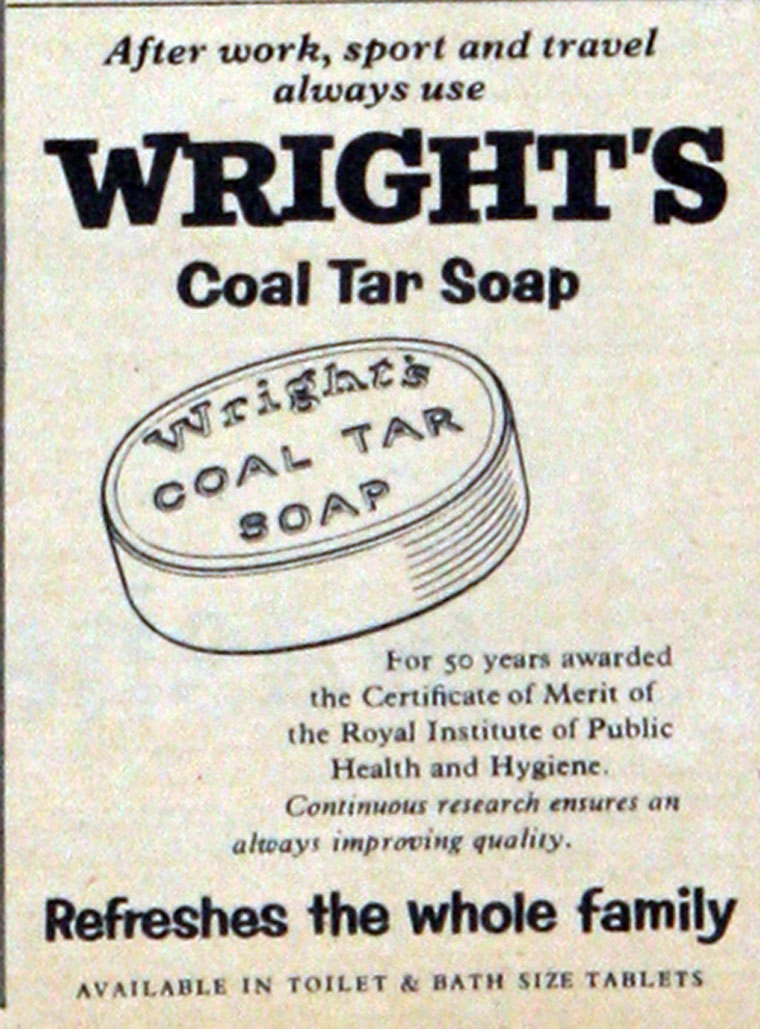 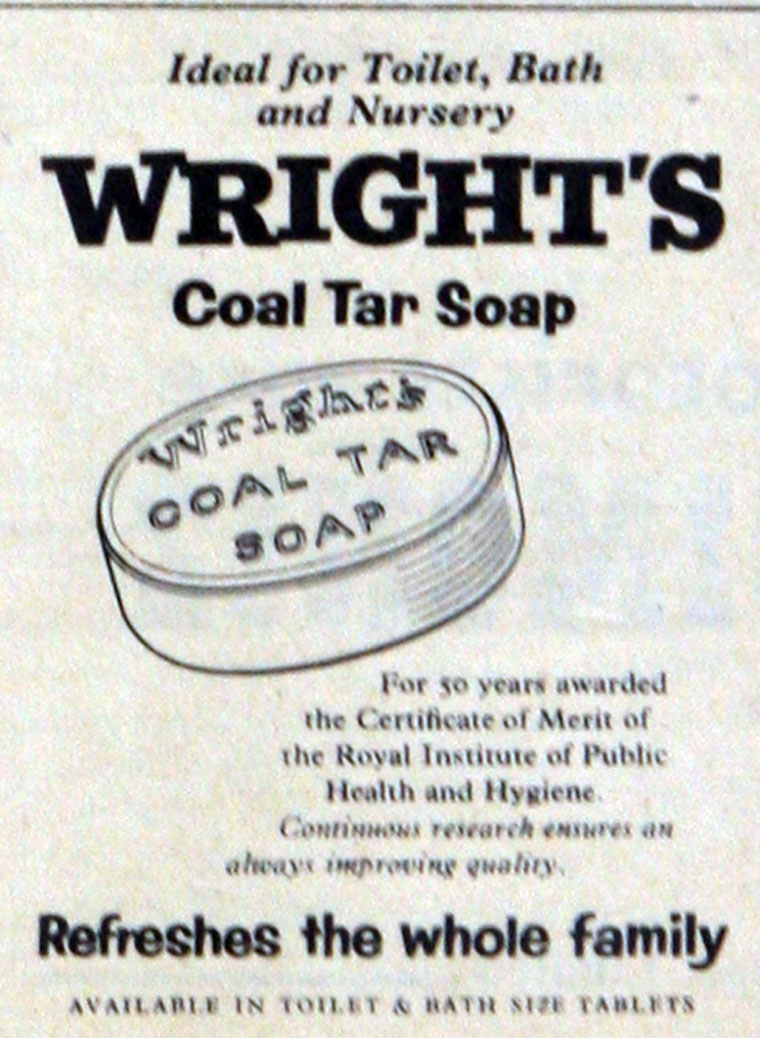 Created by William Valentine Wright, Senior Wright's Traditional Soap, or Wright's Coal Tar Soap, is a popular brand of antiseptic soap that is an orange colour.

The soap was developed from “liquor carbonis detergens”, the liquid by-product of the distillation of coal to make coke; the liquid was made into an antiseptic soap for the treatment of skin diseases.

Produced by W. V. Wright and Co, then Wright, Sellers and Layman. and Wright, Layman and Umney.

In the late 1960s the Wright's Coal Tar Soap business was taken over by LRC Products (London International Group) who sold it to Smith and Nephew in the 1990s.

The soap is now made by Accantia and is called Wright’s Traditional Soap. As European Union directives on cosmetics have banned the use of coal-tar in non-prescription products, the coal tar derivates have been removed from the formula, replacing them with tea tree oil as main anti-bacterial ingredient. Despite this major variance from the original recipe, the new soap has been made to look and smell like the original product, despite differing substantially in composition.