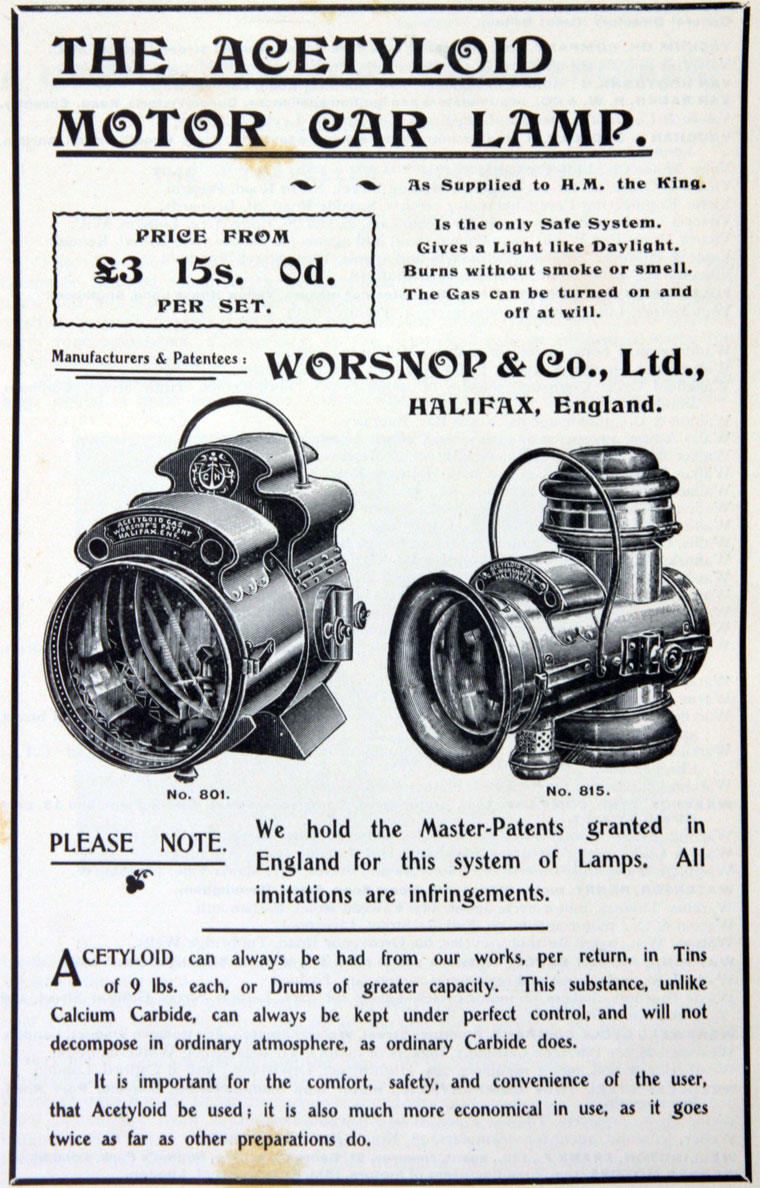 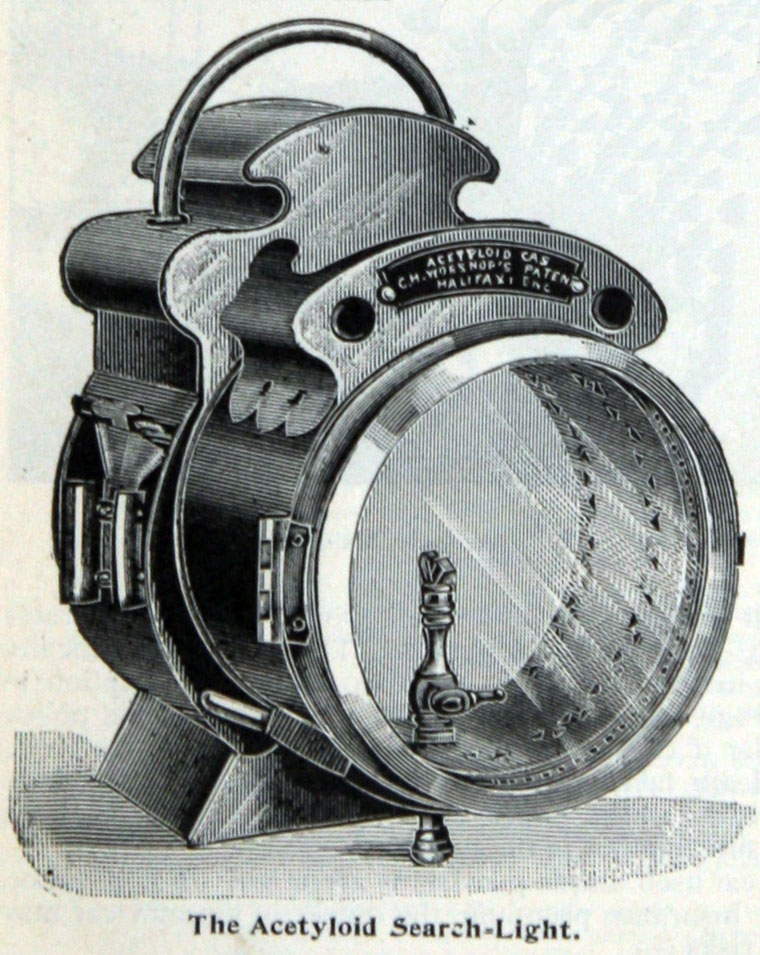 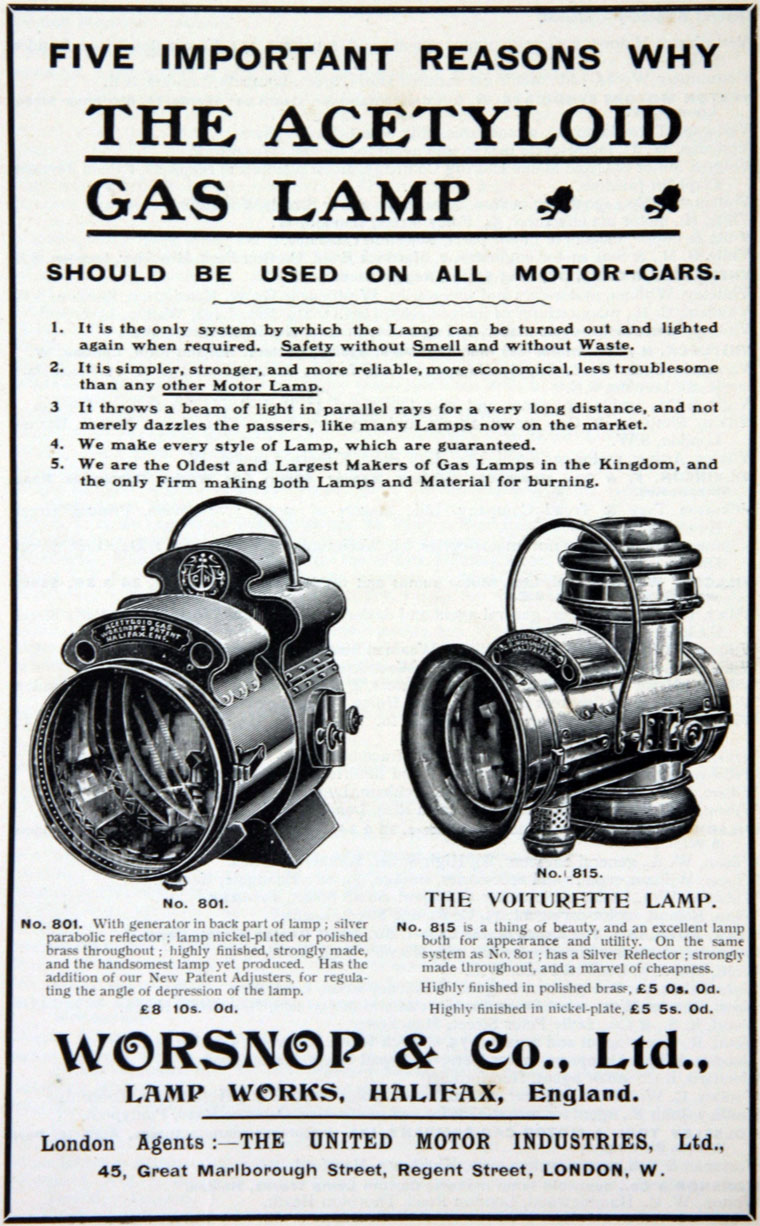 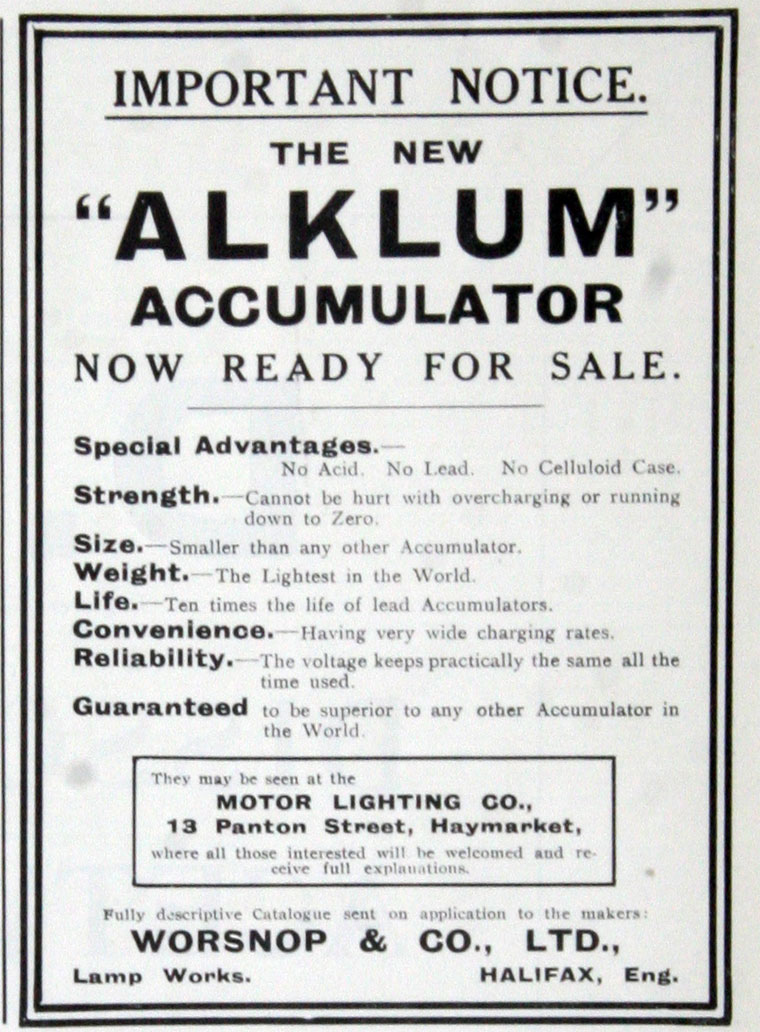 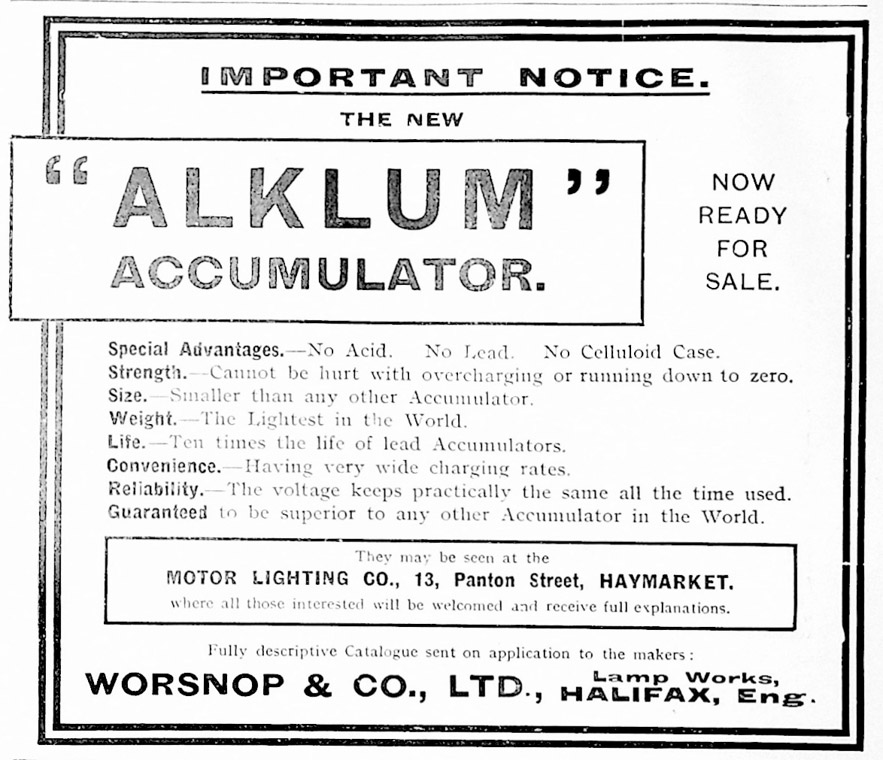 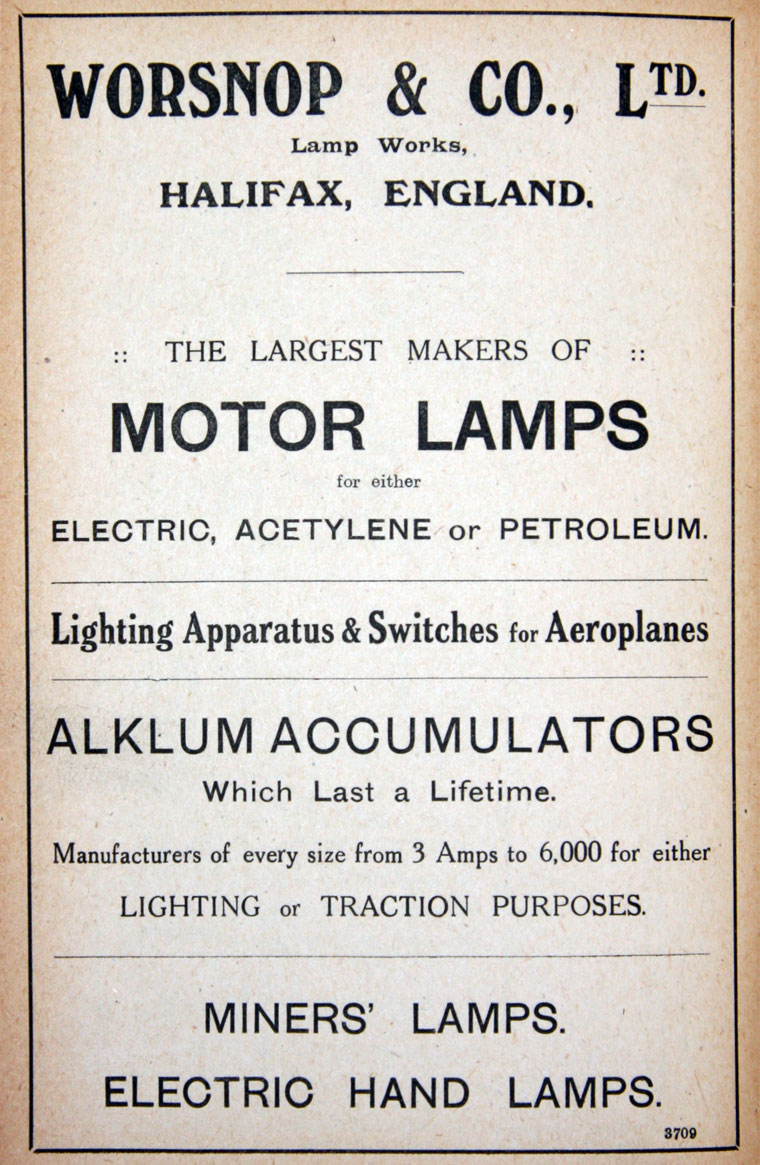 of The Carlton Lamp Works, Halifax.

1903 Exhibited several new lamps including a headlamp, which could be used as a headlight as previously and at the same time sends light onto the numbers at the front of the car. Also showed special lamps both for acetyloid and petroleum for lighting up the number at the back of the car.

WWI. Manufacture of alkaline batteries began in the United Kingdom some time before the end of the war; one of the first manufacturers was Worsnop and Co, which later set up Alklum Electrics[1].

1922 Pritchetts and Gold acquired some shares in Worsnop and Co and Alklum Electrics, and considered buying its alkaline battery business but decided that the Jungner (of Sweden) battery was superior.

1925 Alklum Electrics was wound up.

1932 Worsnop set up another company — Alklum Storage Batteries — and in the following year went into liquidation.