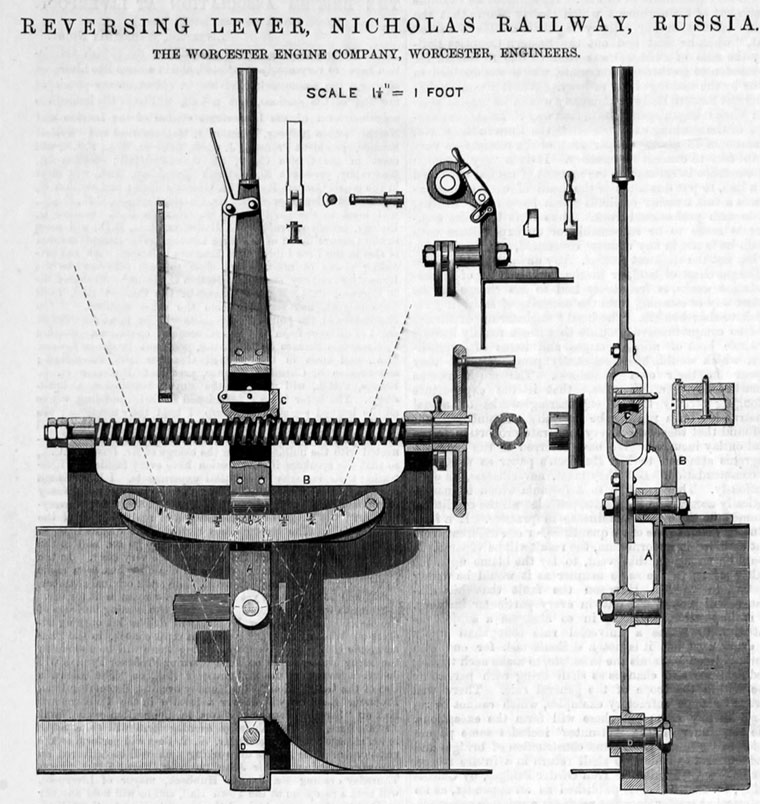 1865 The Worcester Engine Works were established by local capitalists for purposes of constructing locomotives, railway bridges and other railway work. Unfortunately too much money was spent on elaborate buildings and tools from the best makers[1]

1866 Supplied the ironwork for Kensington Station [2]

1868 Received an order for 2-4-0 tank engines for the passenger service on the St John's Wood section of the Metropolitan Railway to the design of R. H. Burnett.[3]

1869 Received an orders for a hundred velocipedes: 'leg-action locomotives'.[4]

1872 the company closed. The West Central Wagon Co was formed and acquired the property in Worcester.

1872 There was a great Sale of Machinery and Tools from the Works which included tools from the following companies amongst others[5]: