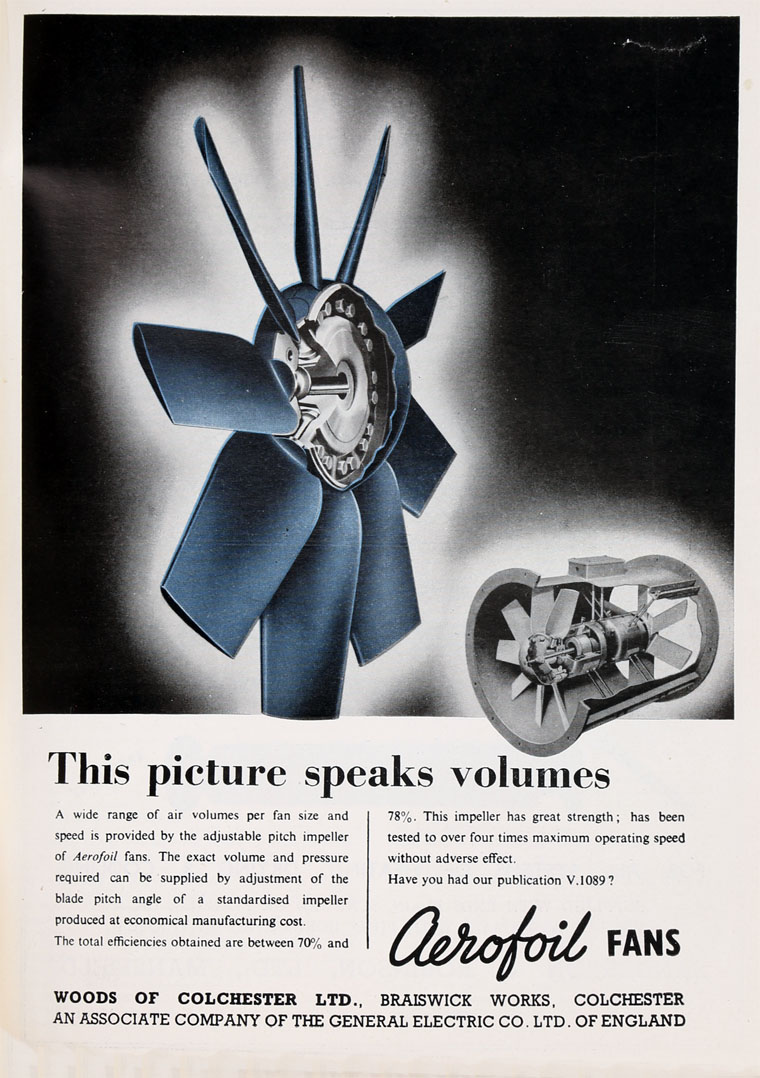 1935 Geoffrey Wood, son of the founder, became MD. Production of propellor fans and electric motors to drive them.

1942 Name changed to Woods of Colchester

1945 GEC acquired 50% of the ordinary shares and a majority of the preference shares but the company continued as an independent associate. GEC became responsible for sales.

Postwar: introduced axial flow fans; Xpelair fans for use in kitchens and bathrooms.

1954 Built up home sales organisation so reducing use of GEC for sales.

1957 All UK sales were handled by the company.

1962 Converted to public company to acquire business of electrical and general engineers of the same name.[4] At this time, the company purchased heat exchangers from a separate company, Air Exchangers Ltd, owned by Geoffrey Woods and located in factories in Colchester leased from the company.