Grace's Guide is the leading source of historical information on industry and manufacturing in Britain. This web publication contains 145,004 pages of information and 230,624 images on early companies, their products and the people who designed and built them. 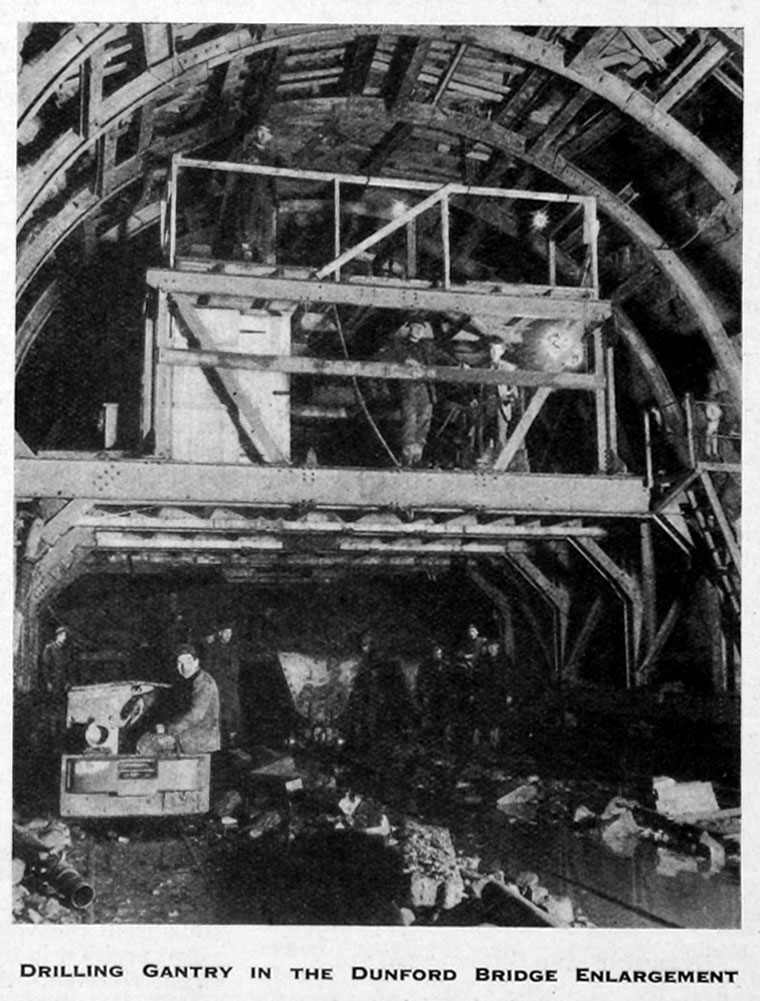 Note: This is a sub-section of Woodhead Tunnels

1953 The first two Woodhead Tunnels were replaced by Woodhead 3 which was bored purposely for the electrification of the route and was completed in 1953. The tunnel was opened by the then transport minister Alan Lennox-Boyd on 3 June 1954. It was designed by Sir William Halcrow and Partners.

The railway line through this tunnel was electrified at 1,500V DC in a project known as the Manchester-Sheffield-Wath electrification.