Grace's Guide is the leading source of historical information on industry and manufacturing in Britain. This web publication contains 140,369 pages of information and 227,382 images on early companies, their products and the people who designed and built them. 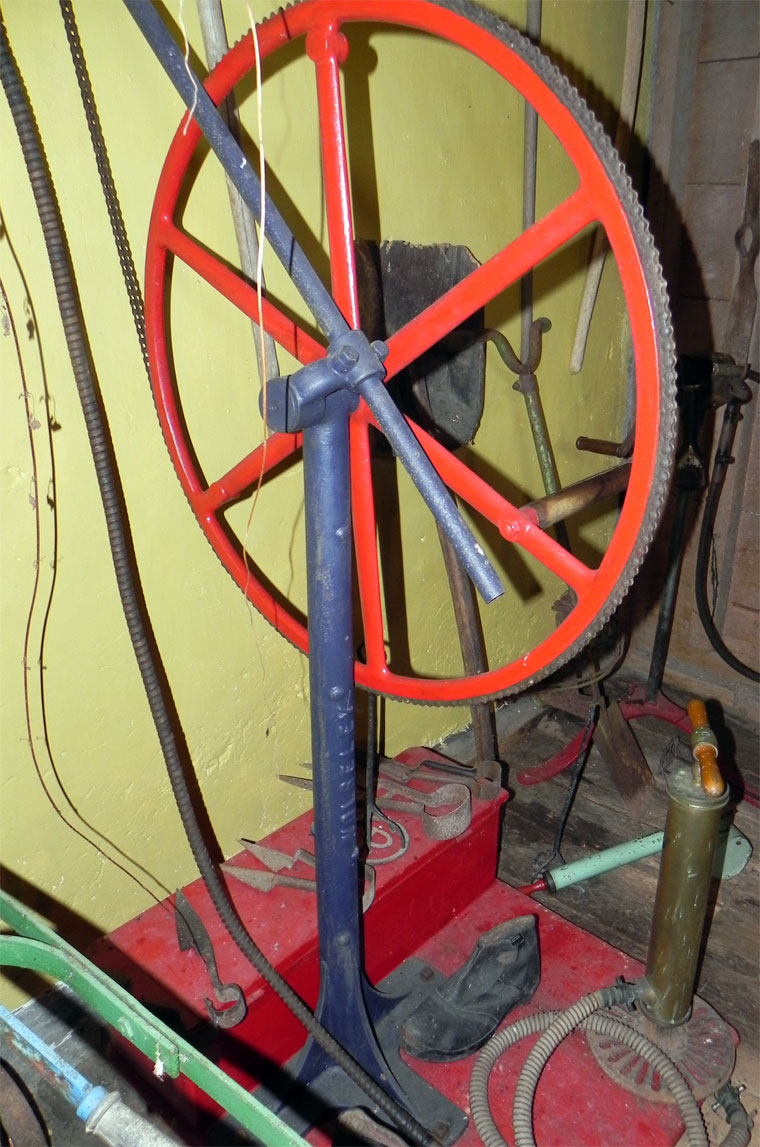 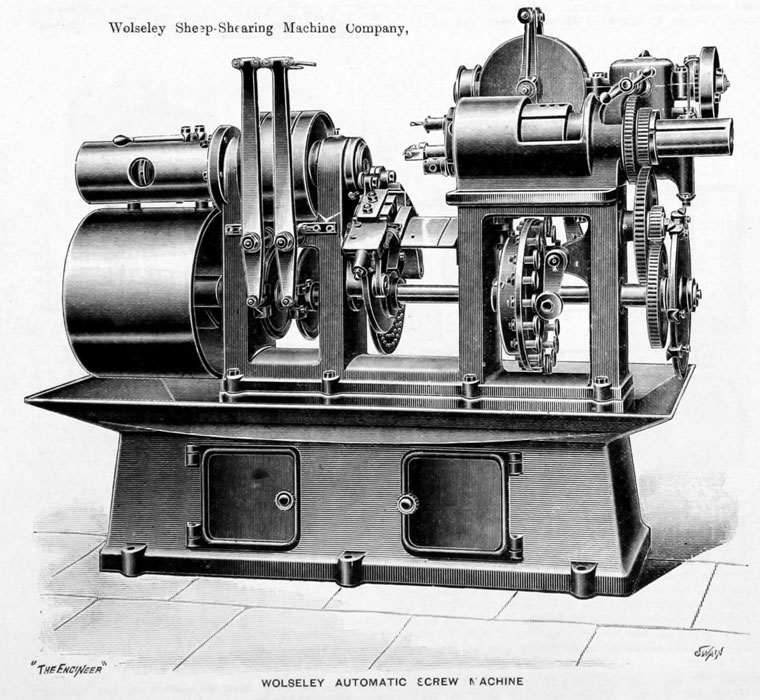 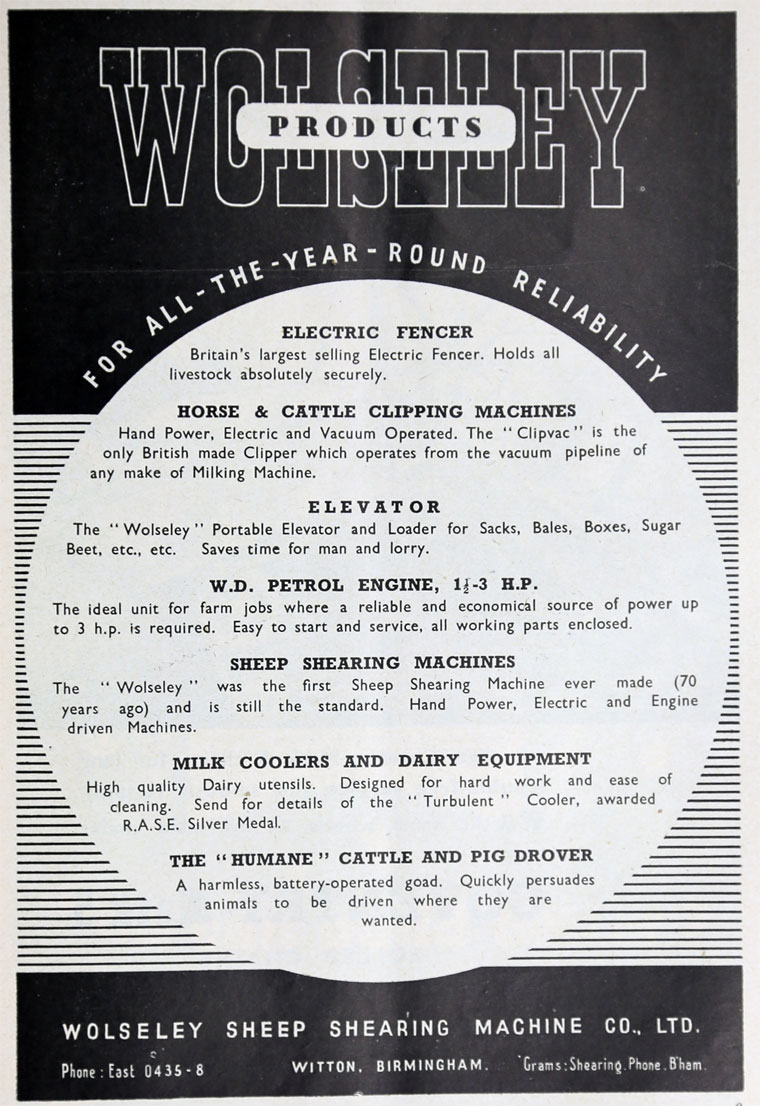 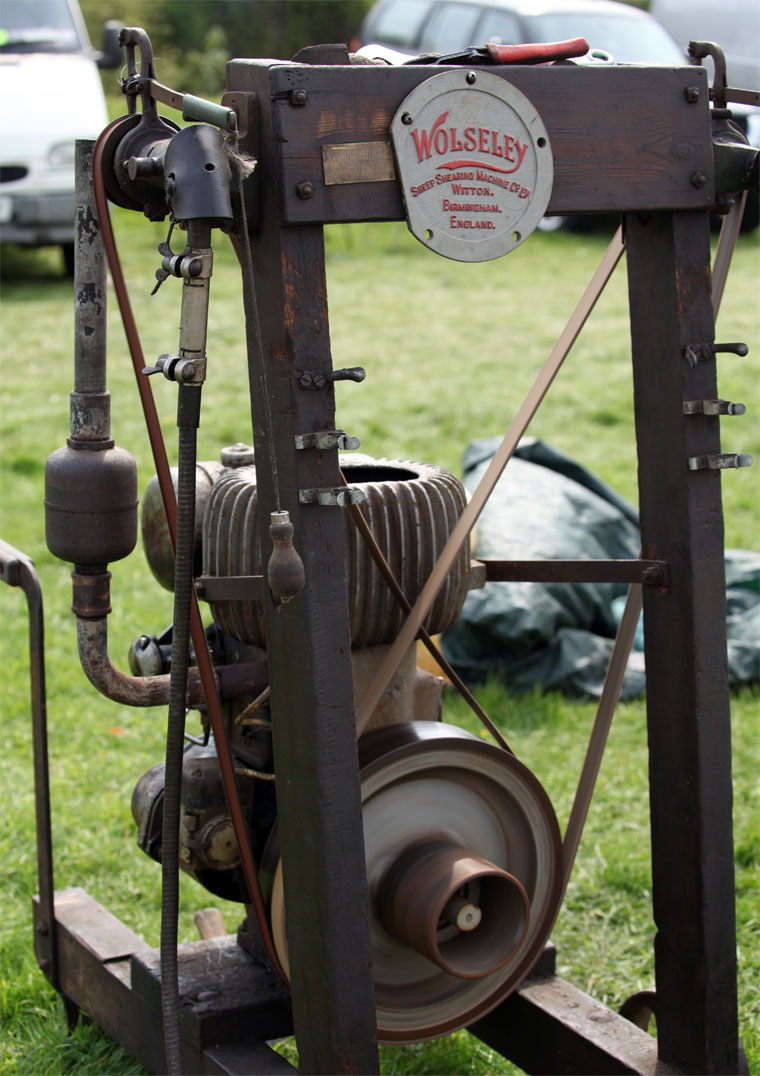 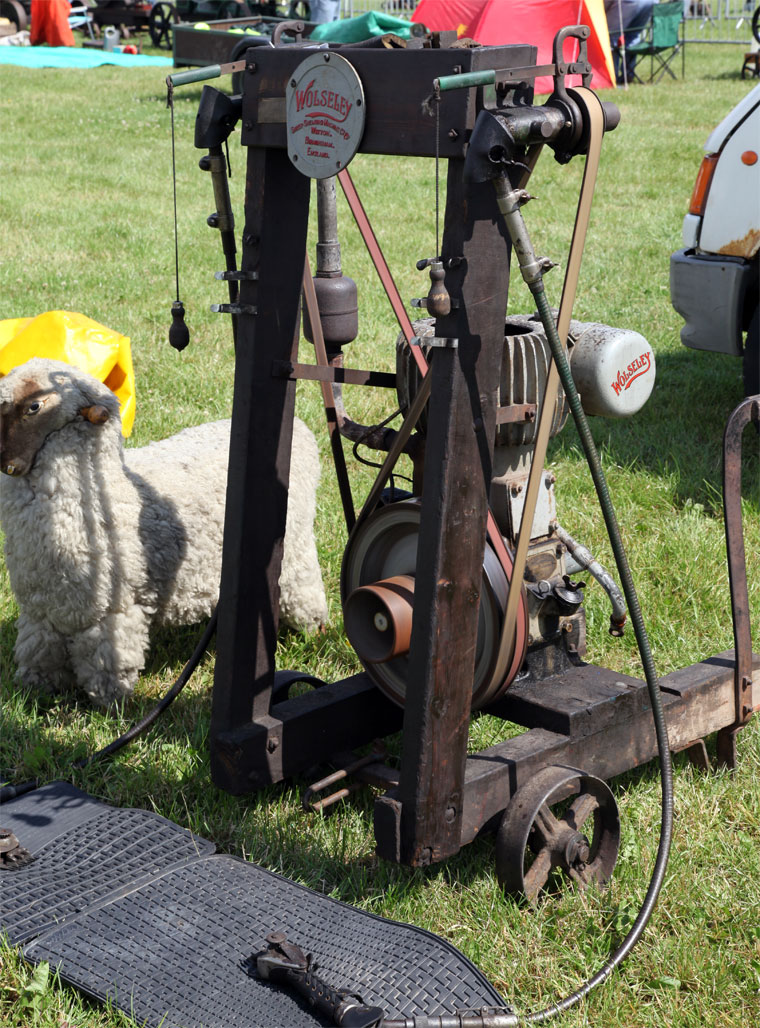 1854 He went to live in Australia and reached Melbourne in July, when he was in his early teens. He went to Thule sheep station on the Murray River. Here he worked for his brother-in-law, Ralston Caldwell, for five years before acquiring an interest in Thule and Cobram stations.

1868 Financed by his elder brother Garnet (who became Field Marshal Viscount Wolseley), he began experiments on a machine for shearing sheep.

1869 The company was registered on 9 October, to acquire the patent rights for Great Britain and various other countries for a sheep-shearing machine invented by Frederick York Wolesley. [3]

By 1872 he had evolved a working model which removed at least part of a fleece.

1874 He then visited England, Ireland, and possibly the United States of America, and on his return in 1874 resumed experiments in Melbourne, with R. P. Park.

1877 He continued testing his machine at Euroka and on 28 March, he and R. Savage were granted a patent for a shearing device driven by horse power. A second patent was granted in December, but there were serious problems with the drive mechanism and physical limitations on the shearer's movements.

1884 On 13 December, he and Park patented an 'Improved Shearing Apparatus' which included a cog-gear universal joint.

1885 Wolseley bought the rights of John Howard's horse-clipper and engaged him as a mechanic at Euroka at £3 per week. Howard made several improved machines which worked so well during that season that Wolseley went to Melbourne to form a manufacturing company and to arrange for public demonstrations, pitting the machine against the blades.

1887/8 It proved superior and after suggestions for improving the hand-piece were adopted, the Wolseley machine was widely demonstrated in eastern Australia and New Zealand.

1888 (Sir) Samuel McCaughey's shed at Dunlop, Louth, New South Wales, was the first to complete a shearing with machines. That year eighteen other woolsheds were fitted with the invention.

1889 Wolseley went to England and set up the Wolseley Sheep Shearing Machine Co in Birmingham. He engaged Herbert Austin (later Baron Austin) as foreman in his workshops at Goldsbrough, Mort and Co in Melbourne.

1893 Austin improved the overhead gear and in 1893 went to Birmingham as production manager.

1894 Wolseley resigned the managing-directorship for health reasons in, and next year Austin designed and made the first Wolseley motor car.

Handsome, likeable and well built, Wolseley lacked practical mechanical experience and had to rely on others, but he was inventive and, above all, persevering; he has the honour of inventing the shearing machine which revolutionized the wool industry in Australia.

1895 The first Wolseley experimental tricar was designed and built by Herbert Austin - this was a 3-wheeled 'miniature dog-cart' where two passengers sat back-to-back. It was driven by a two-cylinder motor. [4]

1900 Austin became interested in motor cars and he built two different types in his own time. A version of one of these was taken up by the Wolseley Sheep Shearing Machine Co and listed for sale.

1952 Issue of Ordinary shares was heavily oversubscribed. Presumably this was the point when the name was changed to Wolseley Engineering? [6].