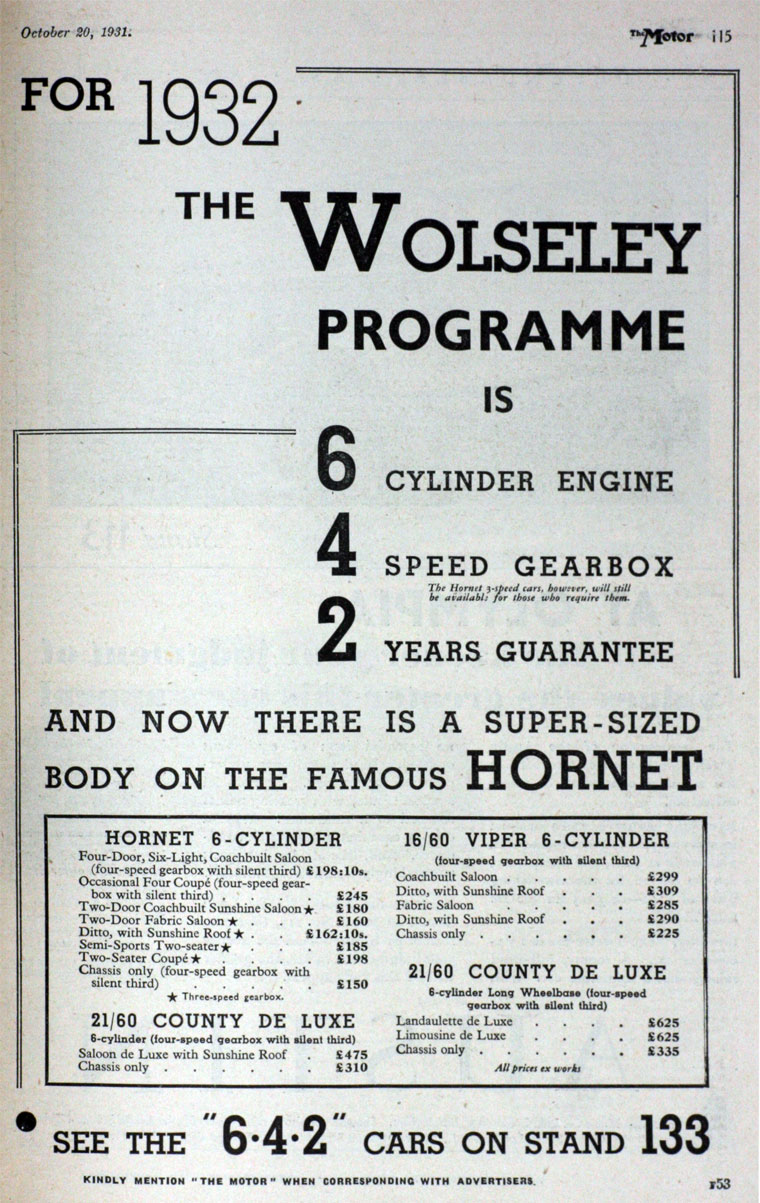 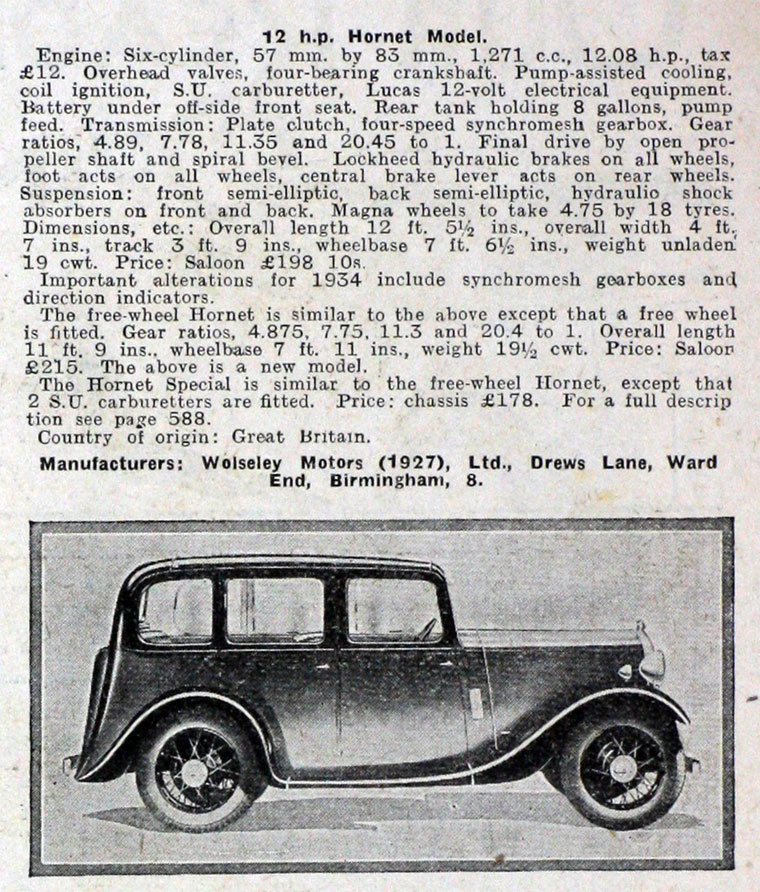 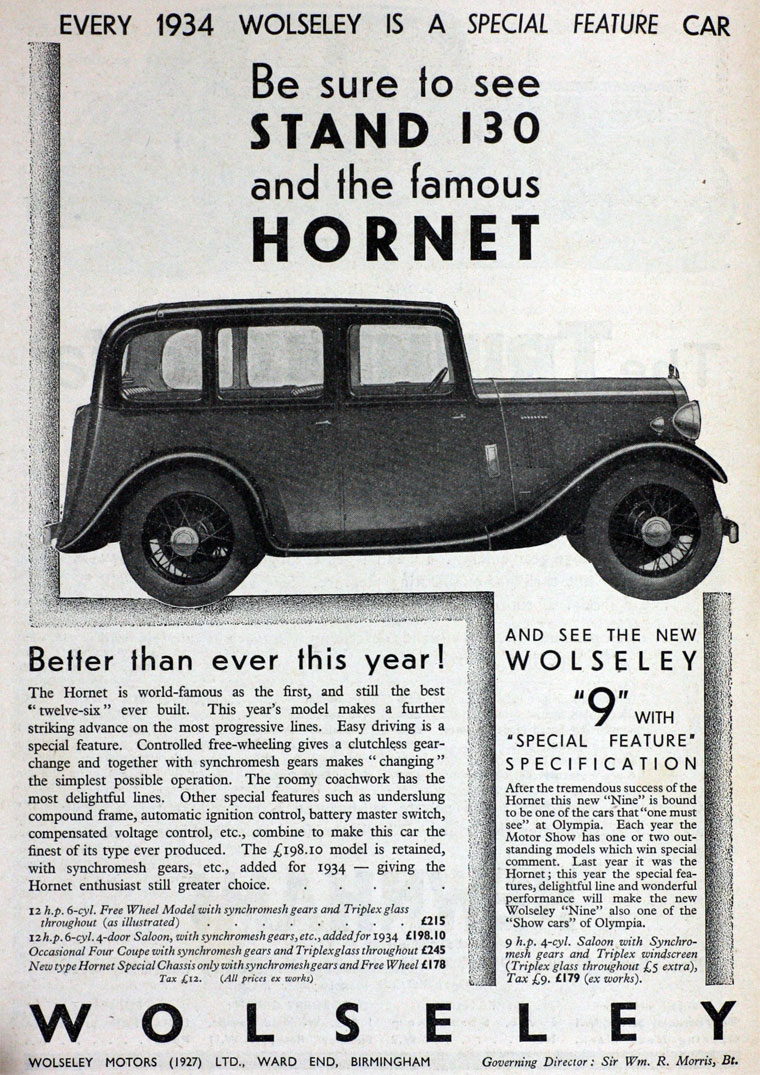 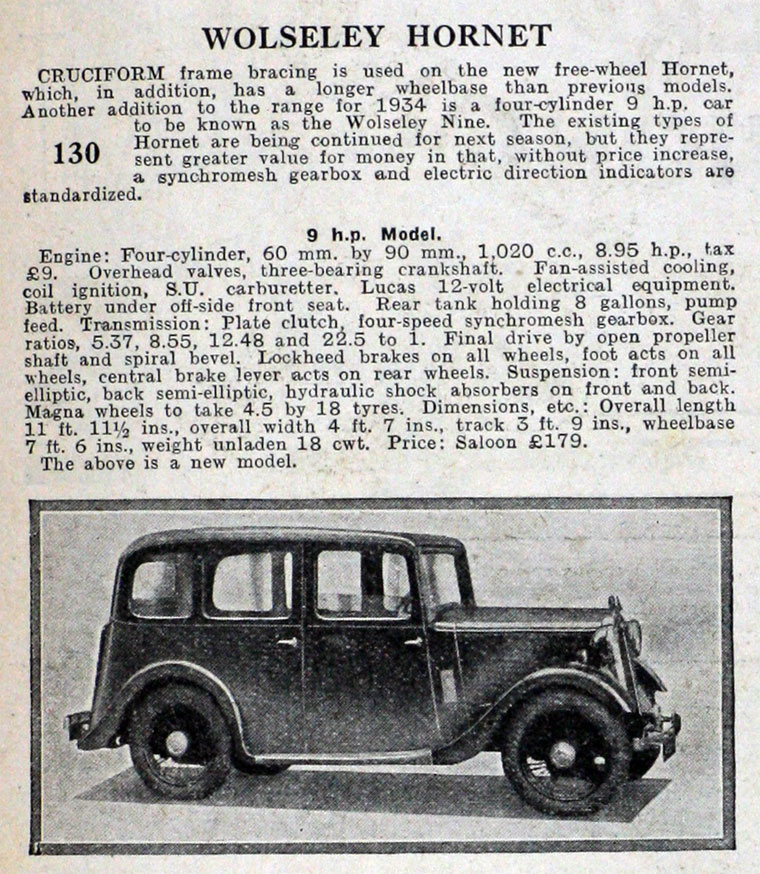 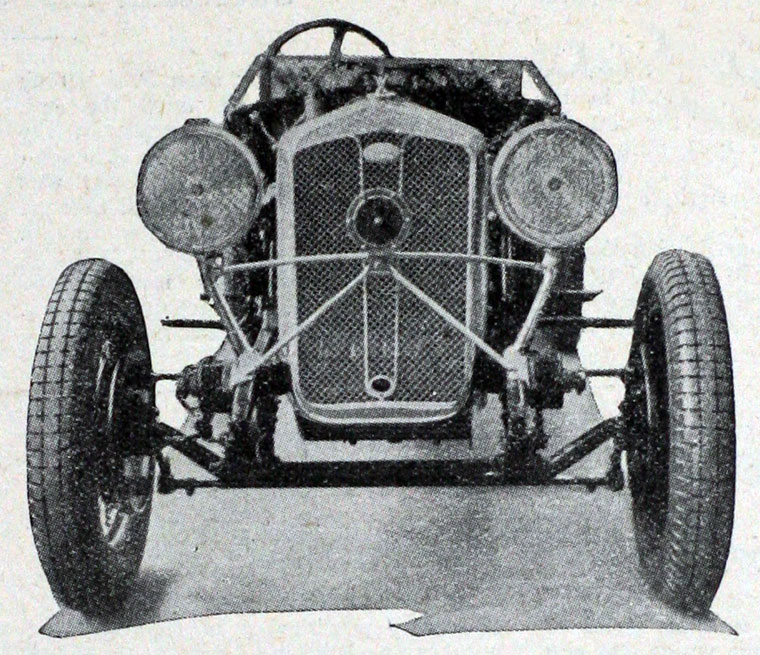 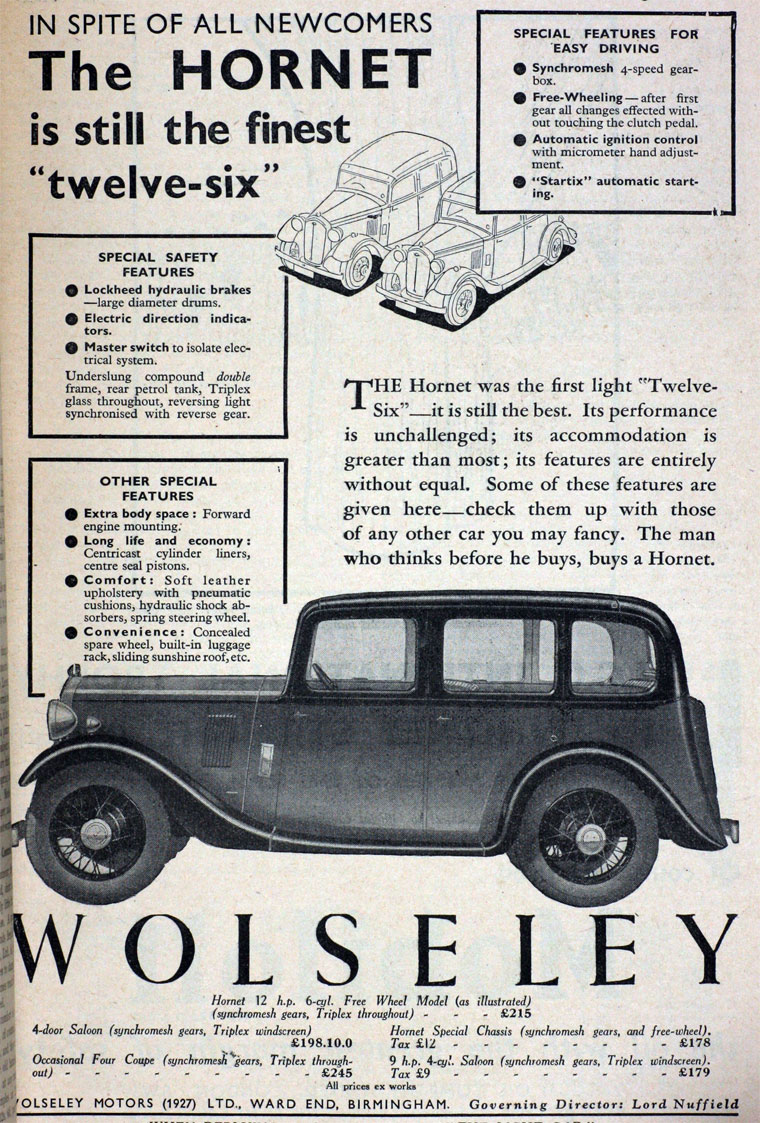 Note: This is a sub-section of Wolseley: Cars

The Wolseley Hornet was a 6-cylinder 12 hp car which was offered as a saloon car, coupé and open two-seater as well as a chassis for bespoke coachwork.

The Heinz 57 Wolseley Hornets were comissioned by H. J. Heinz Ltd as prizes in a Heinz competition. The car was a unique design, copyrighted by Heinz, and only 57 were made. The Heinz Hornets were all registered consecutively and can be recognised by having the LLH ---D registration plates. At present, only 21 have been identified.

The Heinz cars differed by being turned into full convertibles by Crayford Engineering in Westerham, Kent. Several accessories were added including insulated food cabinets, electric kettle, front and rear seat belts, a power point n the boot, a tartan rug, a Brexton picnic hamper, a radio and a built-in make tray, designed by Max Factor. You could even have your monogram on the doors.