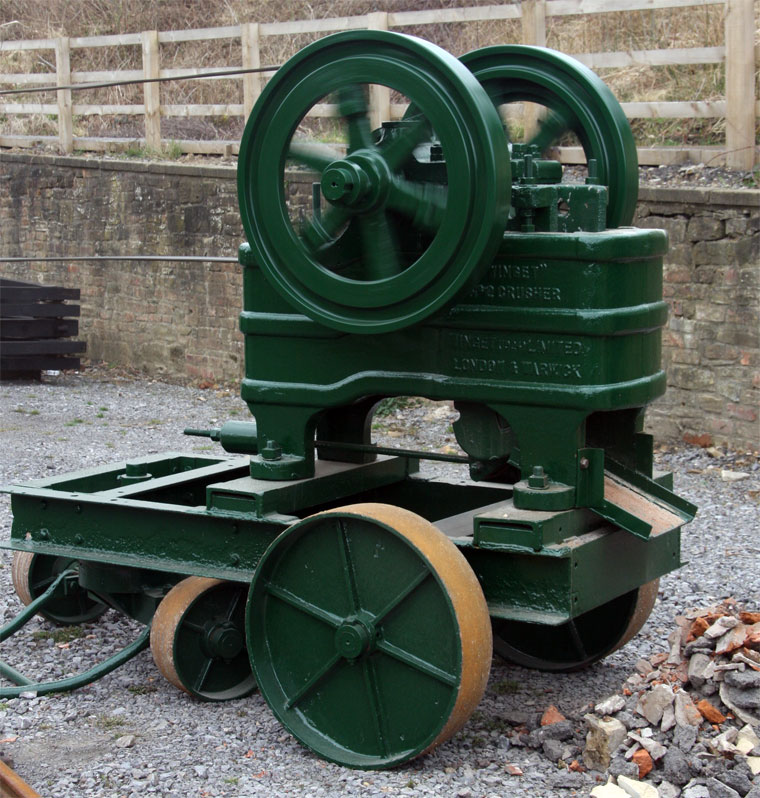 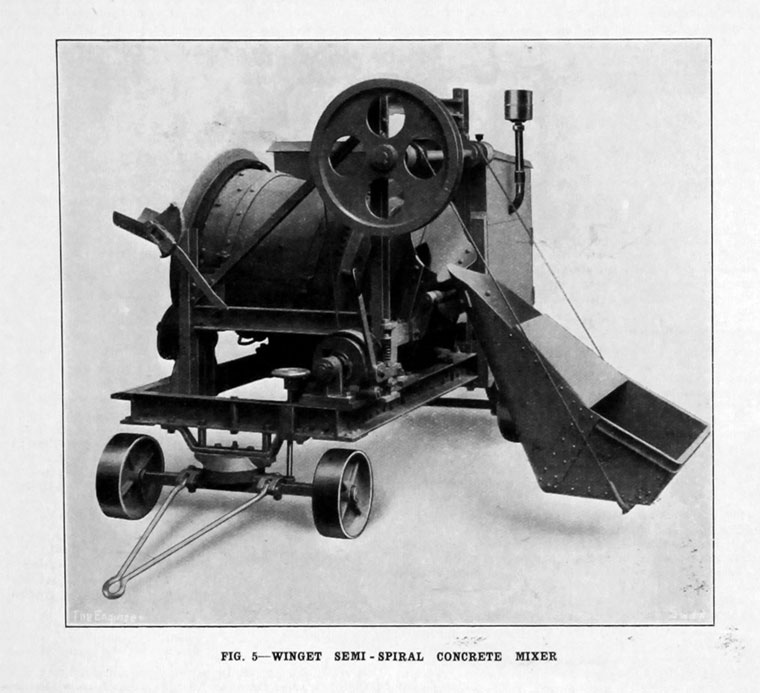 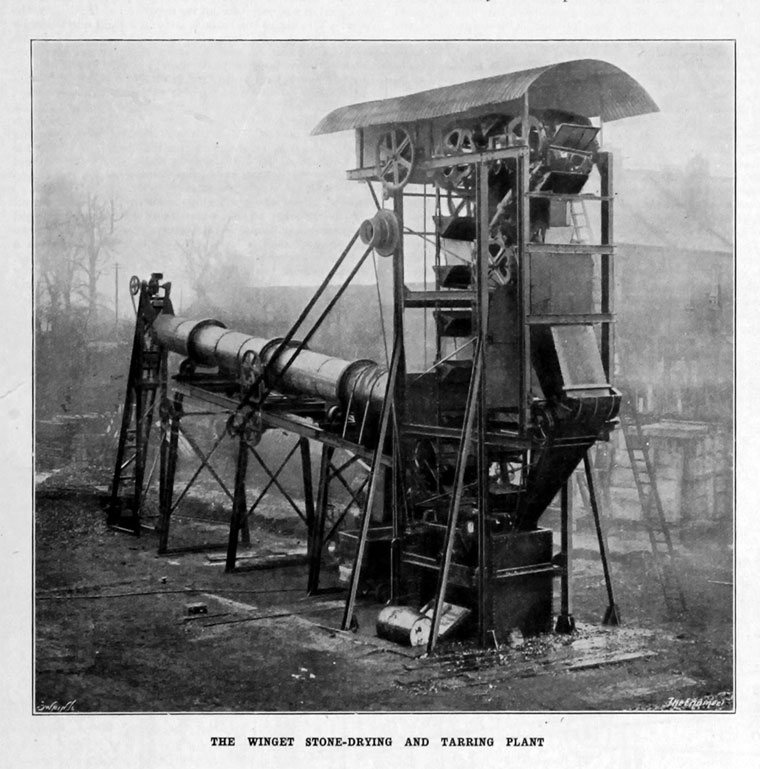 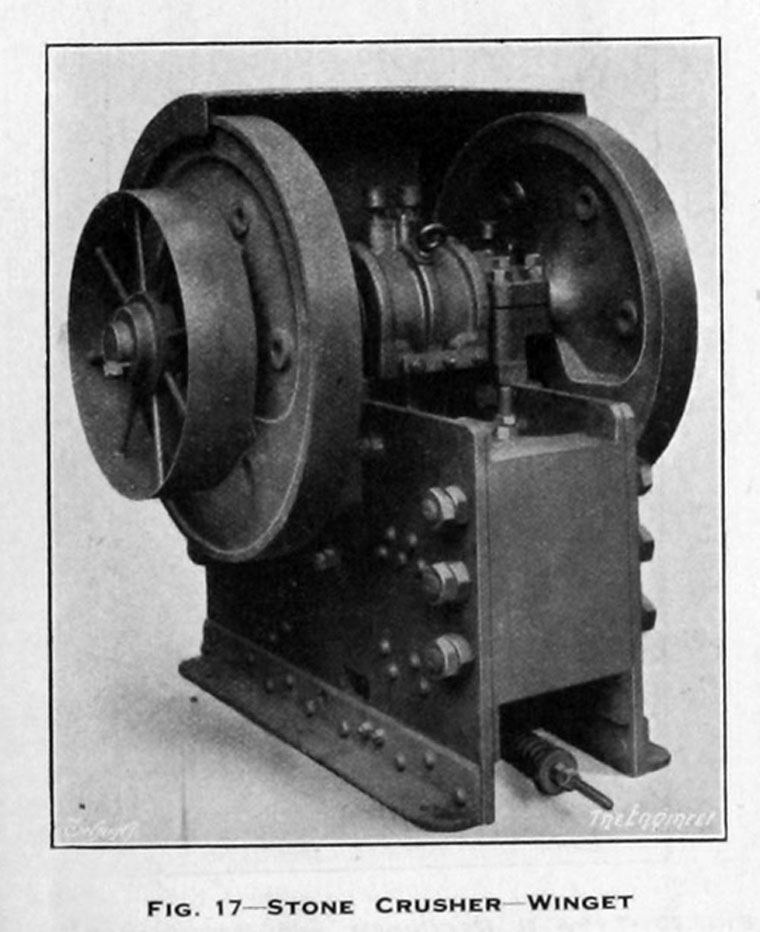 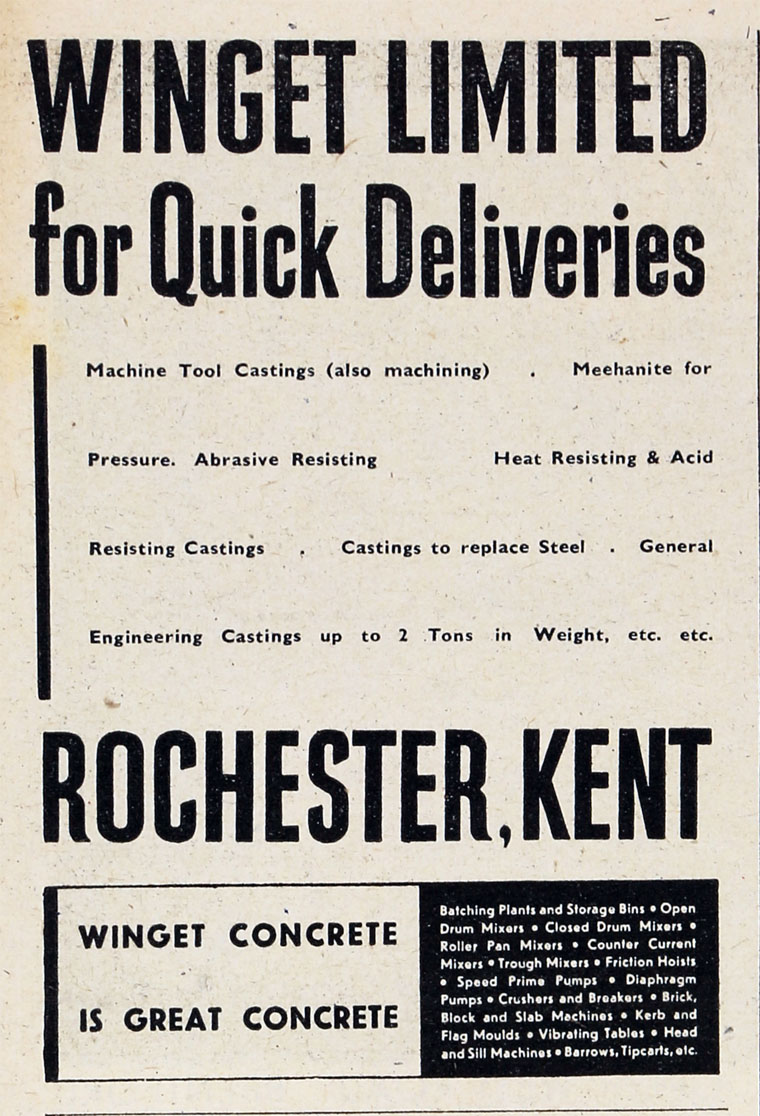 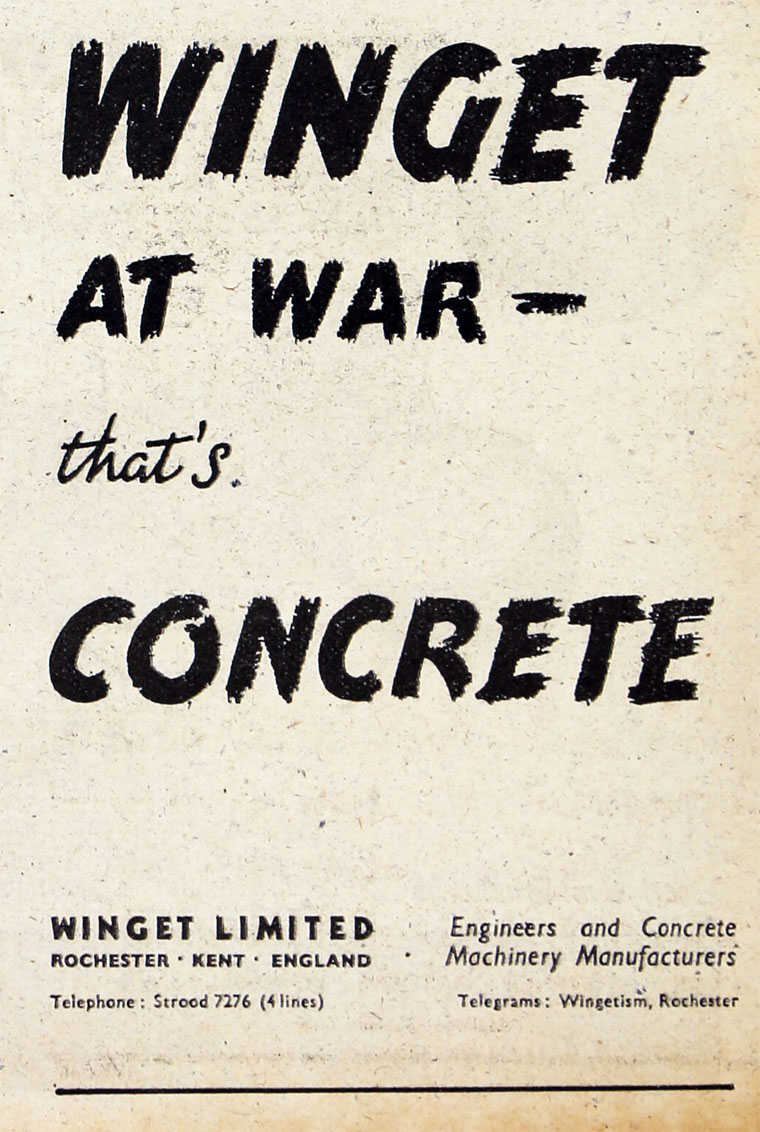 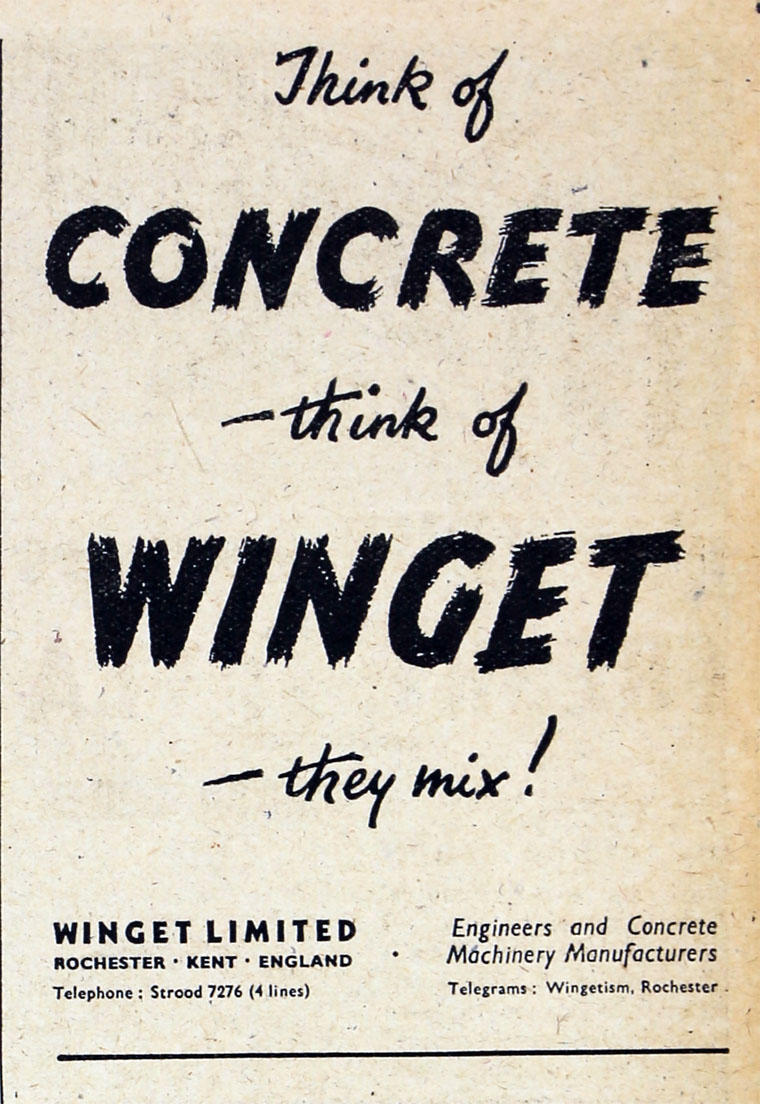 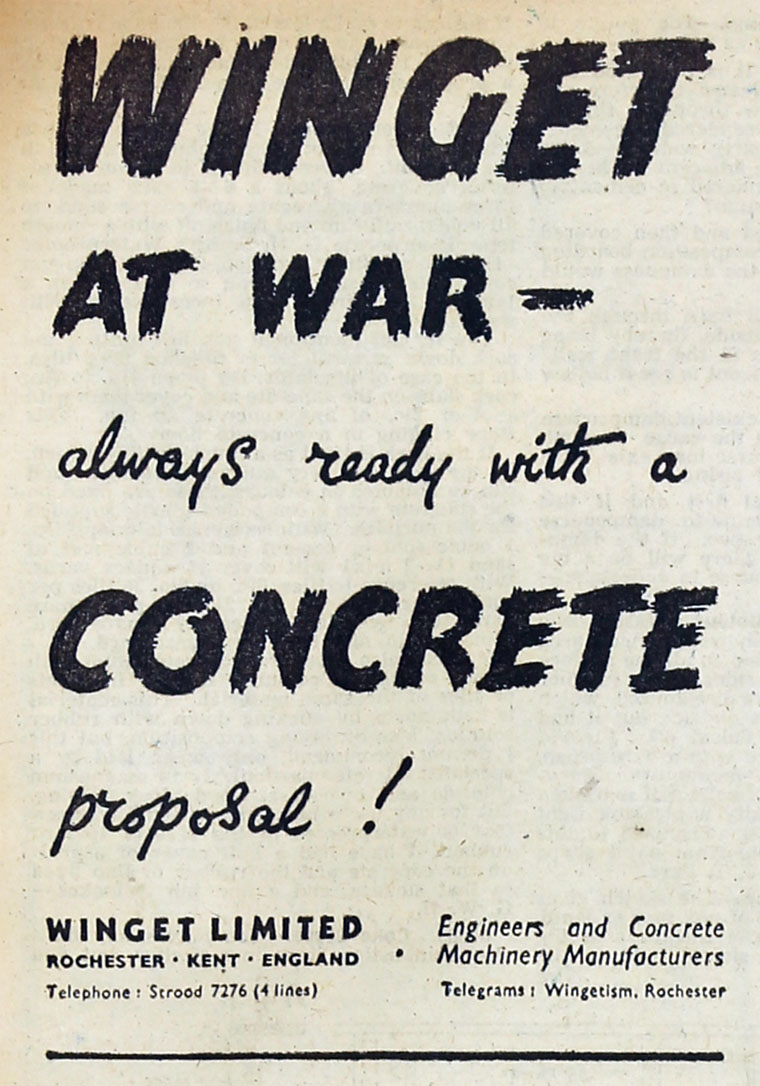 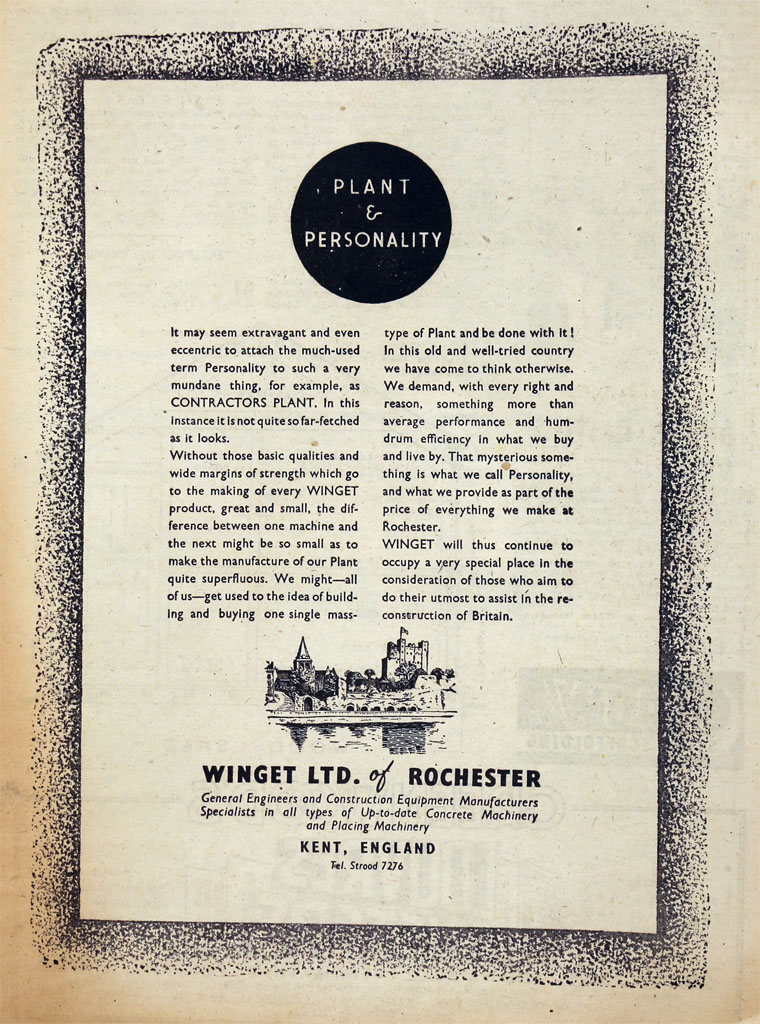 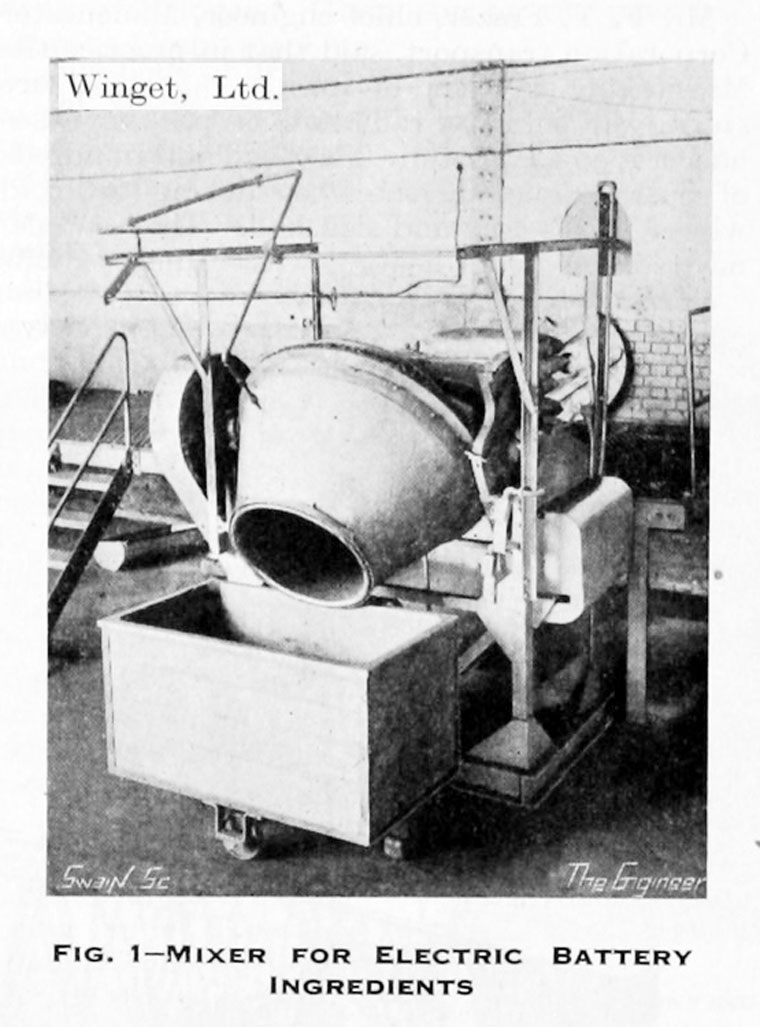 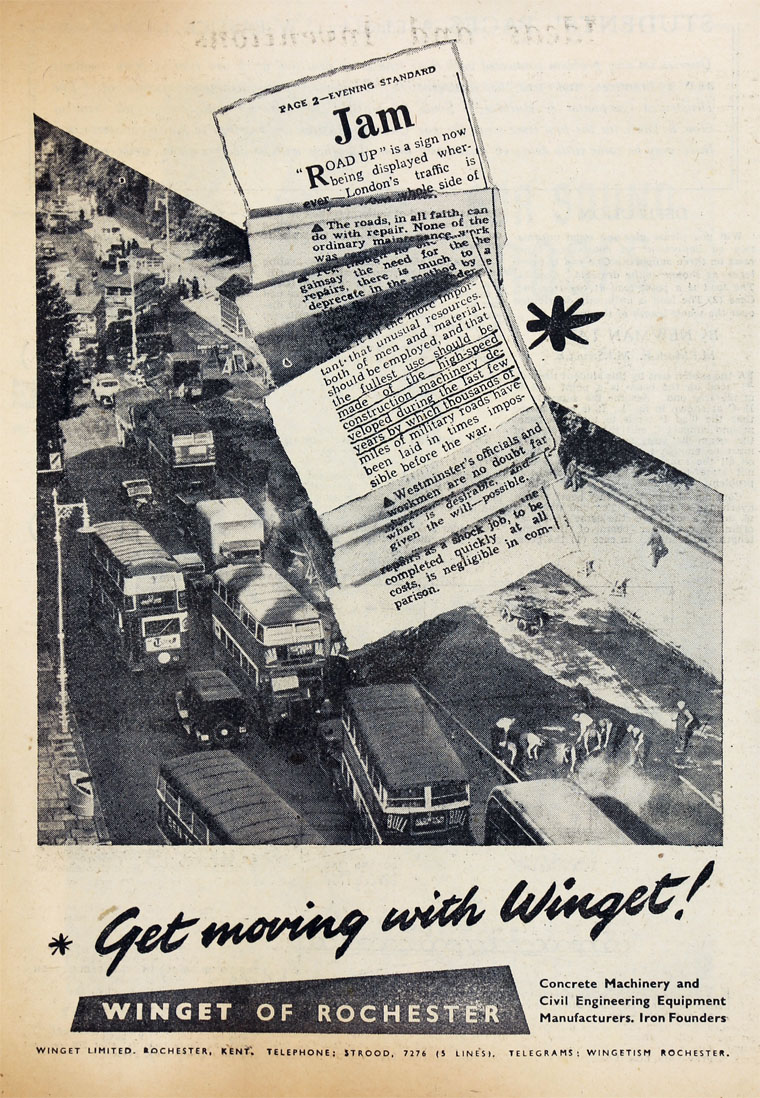 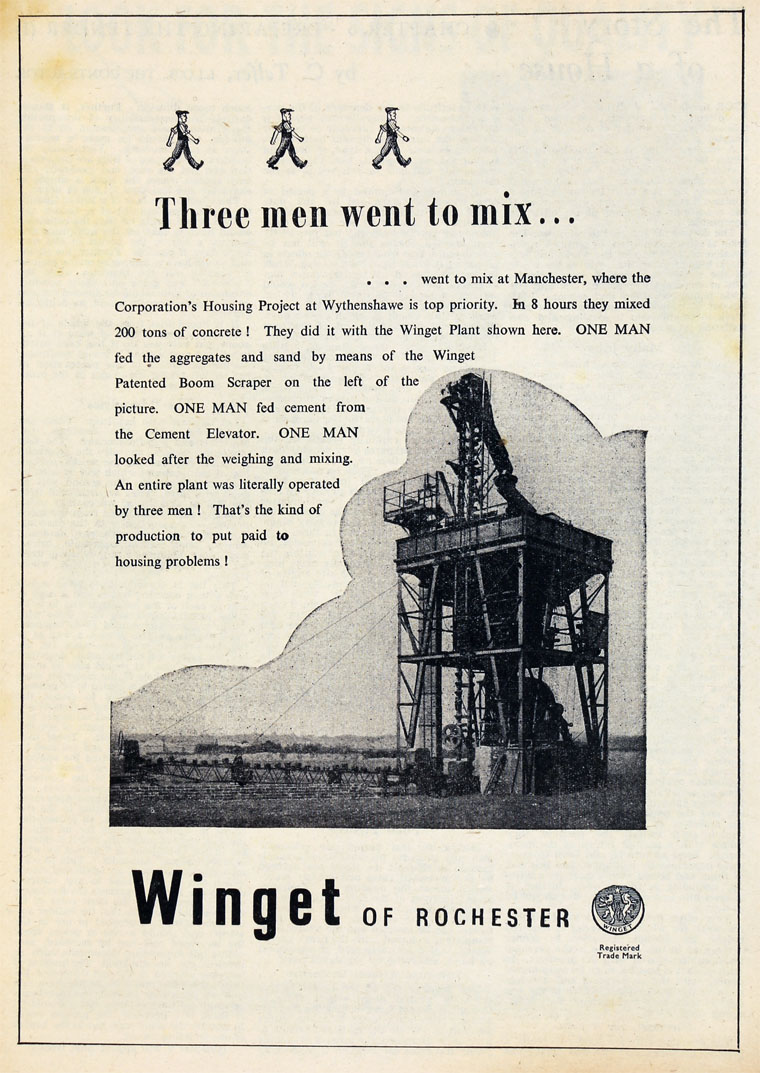 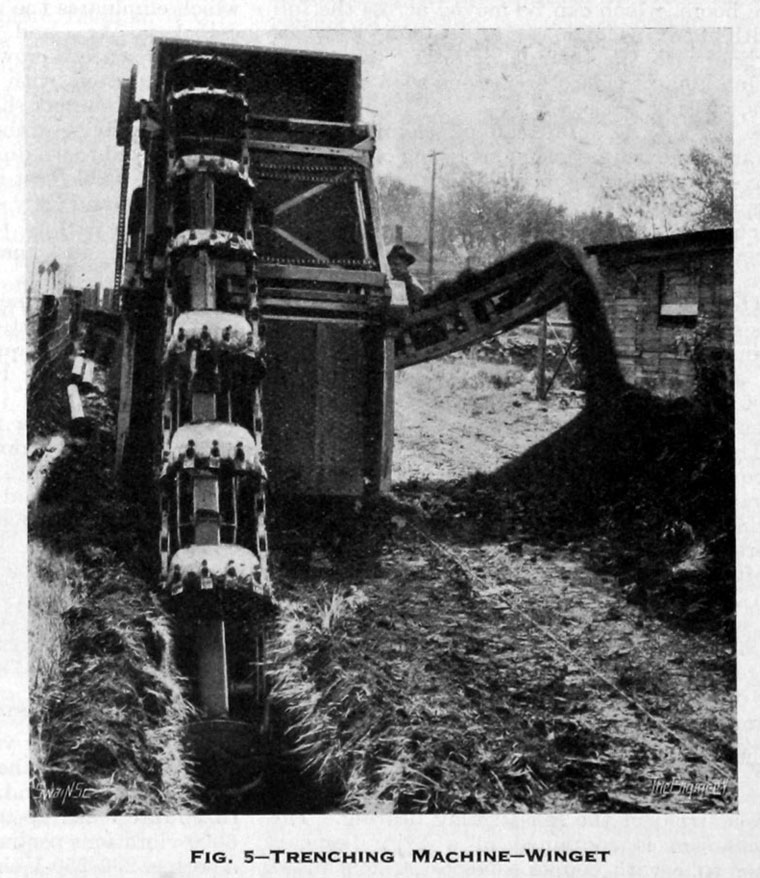 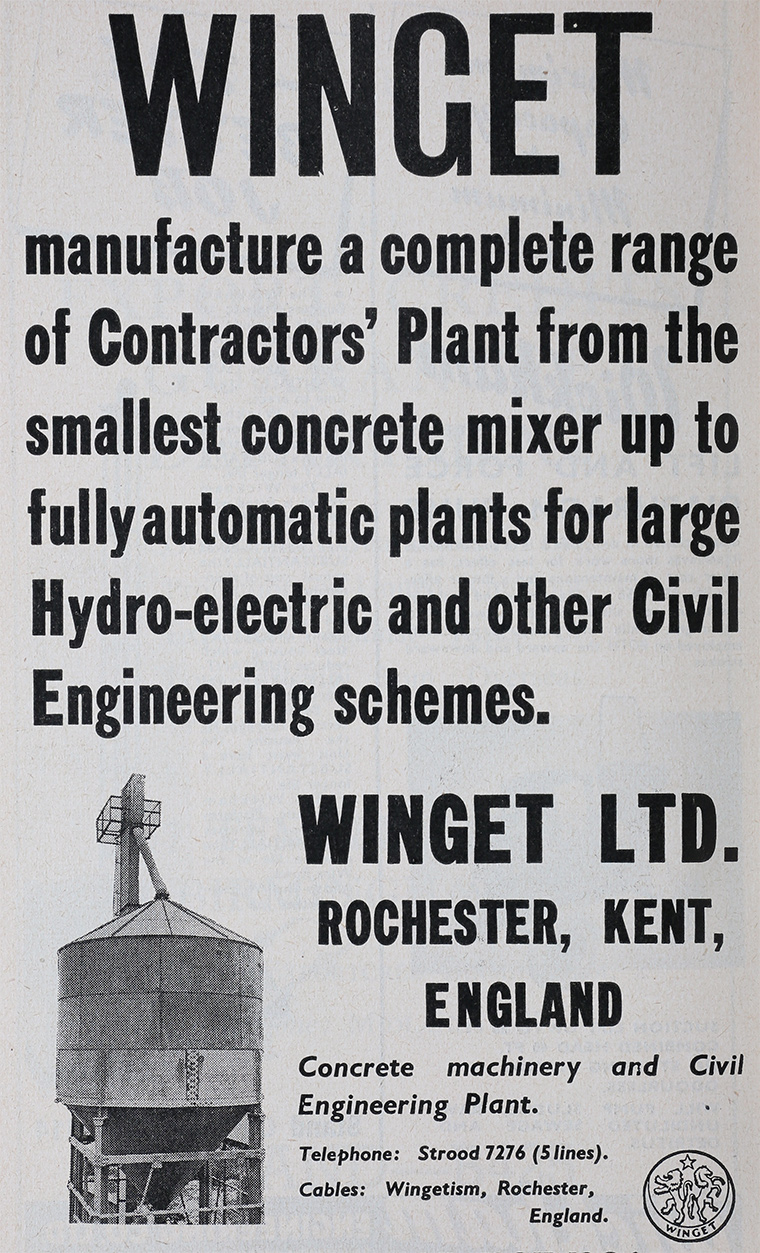 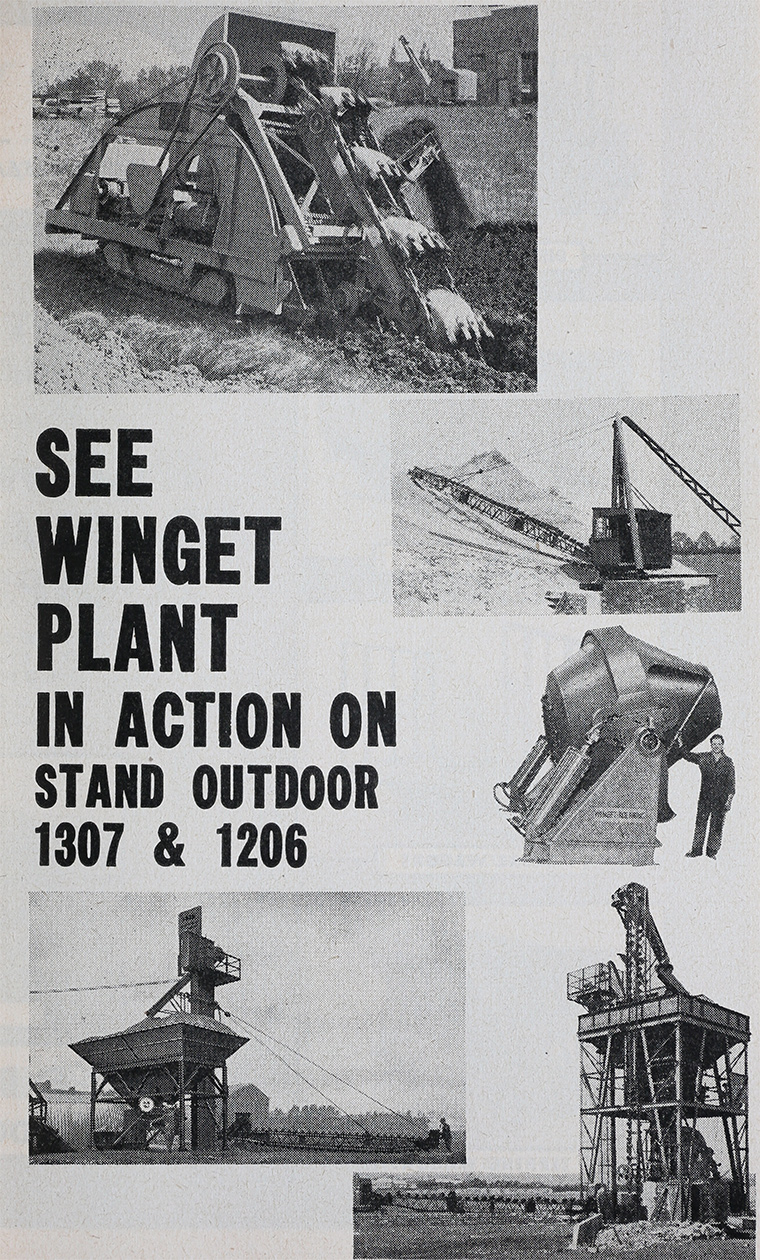 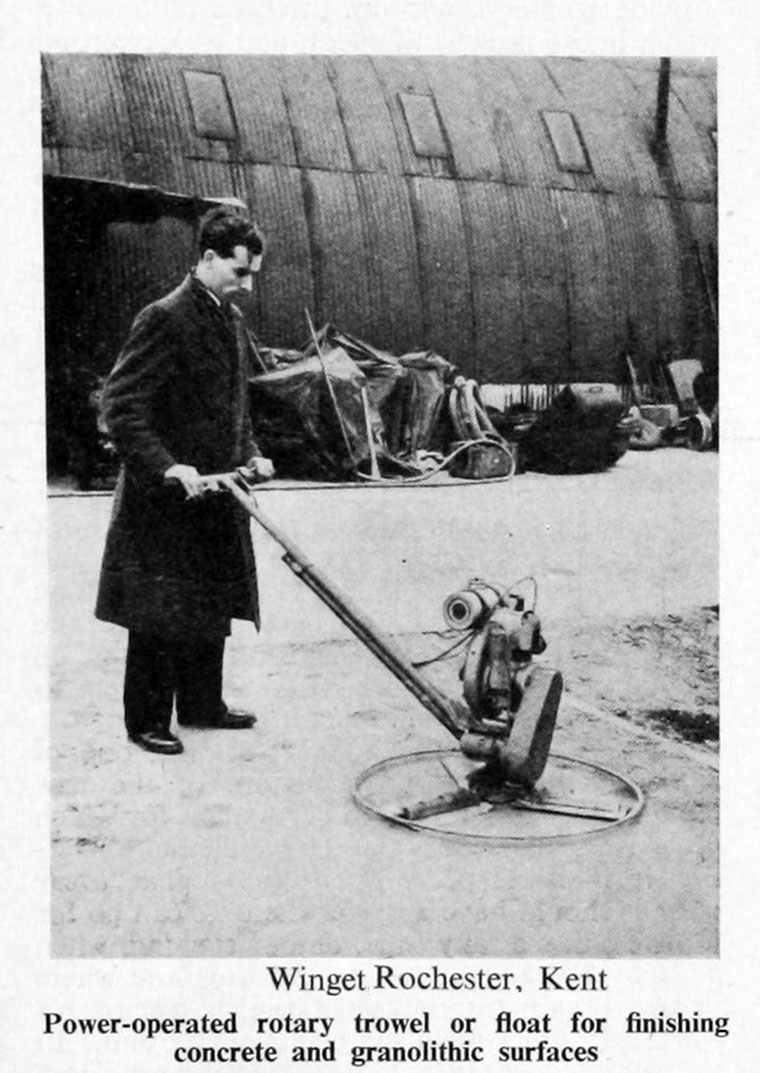 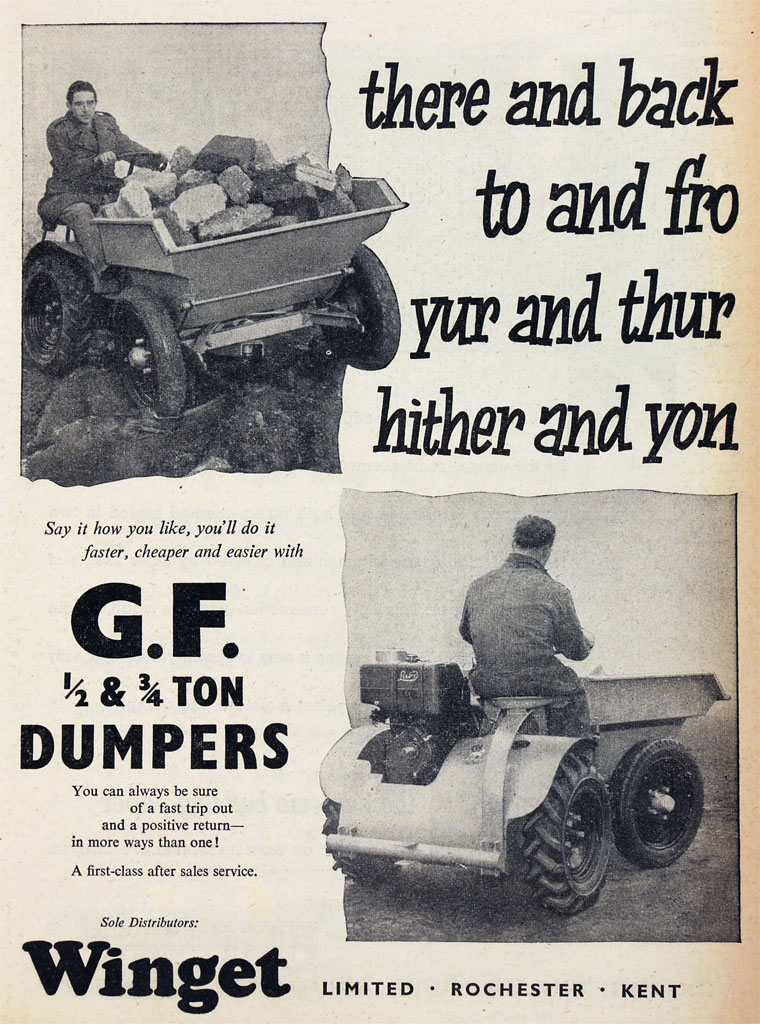 1920 Showed machinery for handling material and making in concrete blocks at the Darlington Agricultural Show.

1953 Company made public. Main premises at Rochester. Subsidiary company Winget-Syncro which marketed machinery made by the parent for making non-ferrous and steel wires and cables[3].

1957 Acquired a controlling interest in Moores Plant, equipment distributors and hirers to the construction industry in the London area[4]. Winget Refrigeration Ltd took over the development and marketing of refrigeration products[5].

1961 Acquired Hanson and Edwards, an old established business in the wire rope and cable industry

1962 On 1 April, the trading activities of Gardners of Gloucester and E. Boydell and Co of Manchester, which operated under the trading name of Muir Hill, were transferred to Gloucester to make better use of the factory space[7].

1962 Acquired Larmuth and Bulmer of Salford, which was engaged in production of stranding machinery. Sold Joseph Kaye and Sons, maker of railway carriage locks, to Associated Fire Alarms Ltd. Gloucester Railway Carriage and Wagon Co's work was being reduced because of lack of profitability in its contracts[8].

1963 The trading activities of Moxey were similarly transferred from 1 April, following its acquisition by Winget Gloucester Ltd.

1964 Reorganisation of the group's structure occurred with effect from 1 April - the Gloucester and Rochester works started to operate as one company, Winget Ltd[9]. To further integrate the activities of the manufacturing companies in the group, divisional boards of directors were set up responsible for the sales and engineering aspects of the operations:

1968 From 1 April, Winget Gloucester became a wholly owned subsidiary of Babcock and Wilcox.