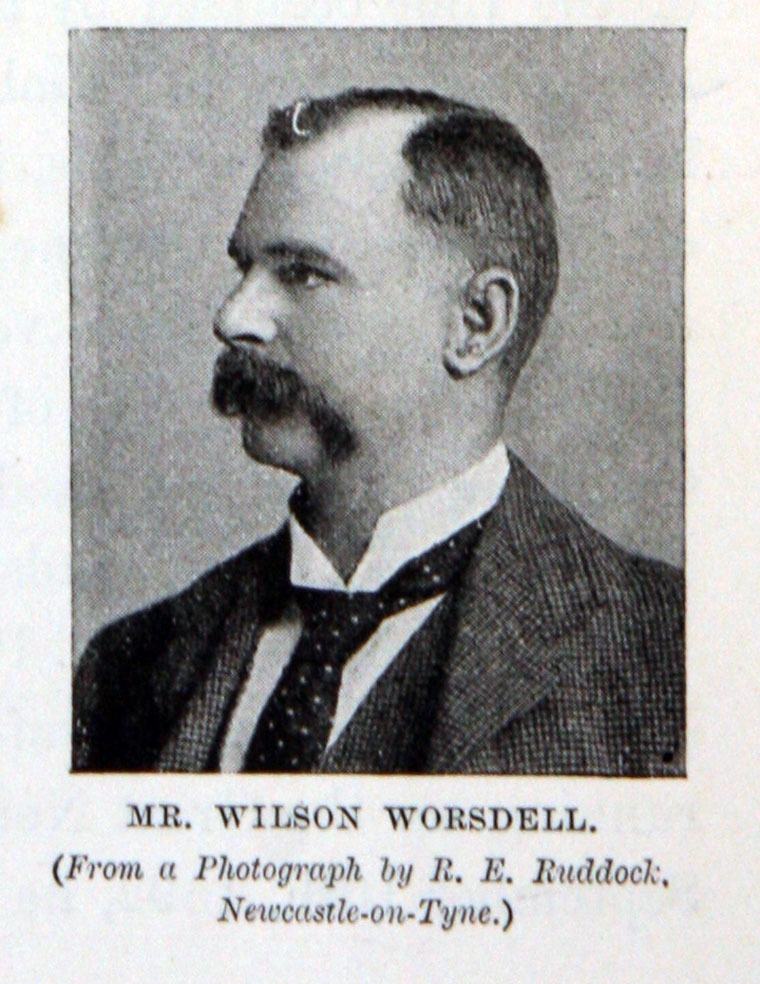 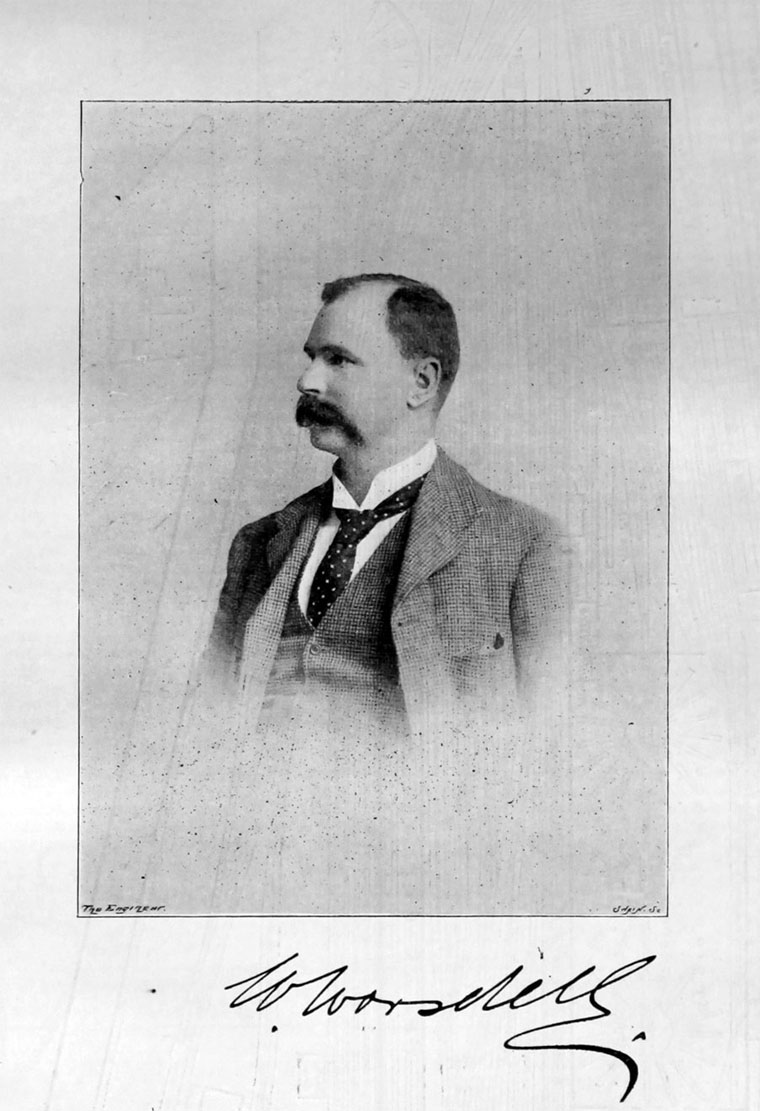 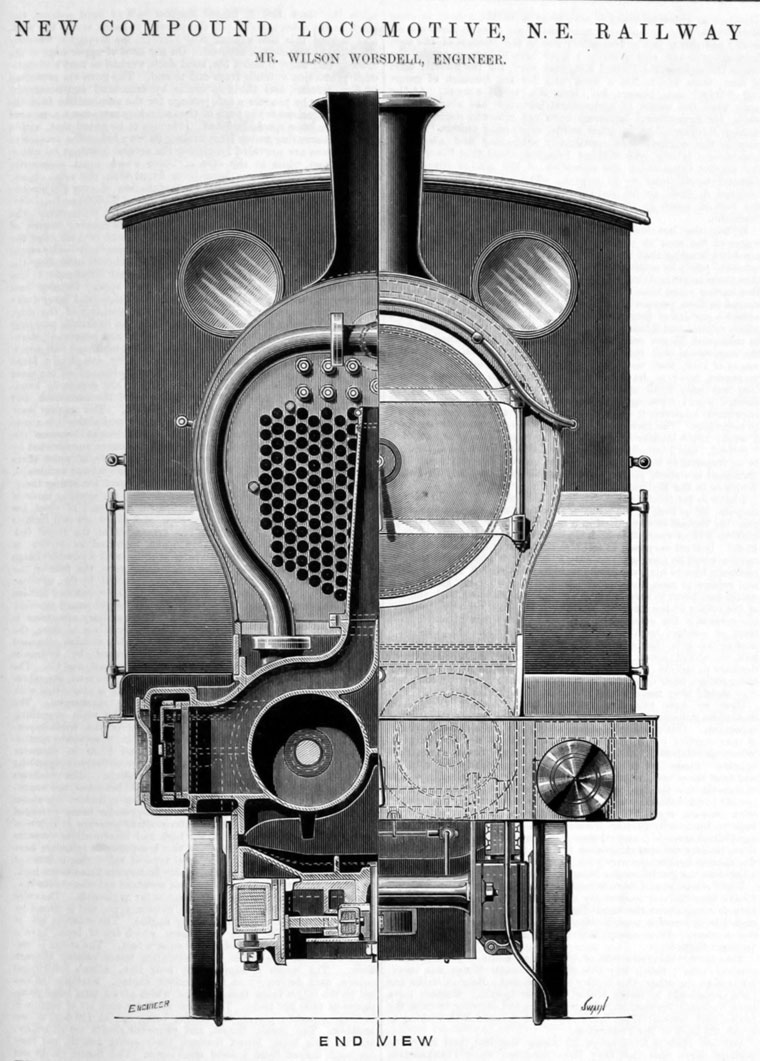 1850 September 7th. Born at Monks Coppenhall, near Crewe, the son of Nathaniel Worsdell and and his wife Mary; he was their tenth child and fourth son.

1860-66 Attended as a boarder, Ackworth, a Quaker school in Yorkshire.

Wilson Worsdell worked at Crewe for a short time, then moved to the USA to work at the Altoona Works of the Pennsylvania Railroad.

1871 Returned to England and worked for the London and North Western Railway (LNWR).

1877 Put in charge of the locomotive sheds at Chester

1890 When Thomas retired, Wilson replaced him as the NER's Locomotive Superintendent.

Produced more than twenty different types of steam locomotive, and rebuilt some of those designed by his brother William to improve their performance. The brothers' engines played a notable part in the celebrated railway races to Edinburgh and Aberdeen in the 1880s and 1890s.

1903 Responsible for the North Tyneside third rail suburban electrification scheme, one of the first in Britain.

1908 Patent. GB190716980 (with Walter Reuben Preston), published 23 July 1908, Improvements in and connected with blast pipes of locomotives. Wilson Worsdell has only one known patent:

WILSON WORSDELL, J.P., was born at Crewe on 7th September 1830, and was educated at Ackworth School belonging to the Society of Friends.

In 1866 he entered the drawing office of the London and North Western Railway at Crewe, but stayed there only six months, going thence as a pupil to the Altoona locomotive shops of the Pennsylvania Railroad, where he remained for four and a half years, returning to the Crewe works in 1871.

He held the position of assistant foreman at Stafford, and in 1876 became foreman at Bushbury Junction.

Two years later he was in charge at Chester, and in 1883 was appointed assistant mechanical engineer on the North Eastern Railway at Gateshead by Mr. Alexander McDonnell, who was then the locomotive superintendent of that line.

He was thus connected with the North Eastern Railway during one of the most important periods of British locomotive history. He produced an outside-cylinder class of engine of the 4-4-2 type, ranking among the largest in Great Britain, which performed excellent work. Mr. Wilson Worsdell was the first to introduce the 4-6-0 type of engine in this country for passenger work. He took an active part in connexion with carriage and wagon work, and was an advocate of the larger capacity types with loads of 15, 20, 32, and 40 tons. His dynamometer-car has been of the greatest service, and marked the beginning of a new era in the creation of accurate data regarding tractive efforts.

His death took place at his residence at South Ascot on 14th April 1920, in his seventieth year.

He became a Member of this Institution in 1894, and was appointed a Member of Council in 1909, holding this position until his death.