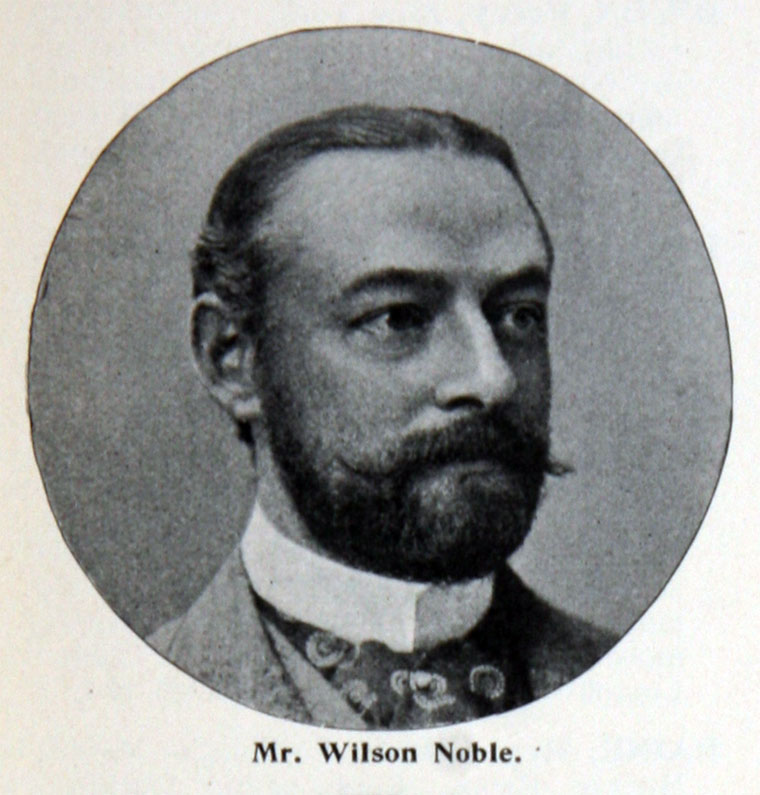 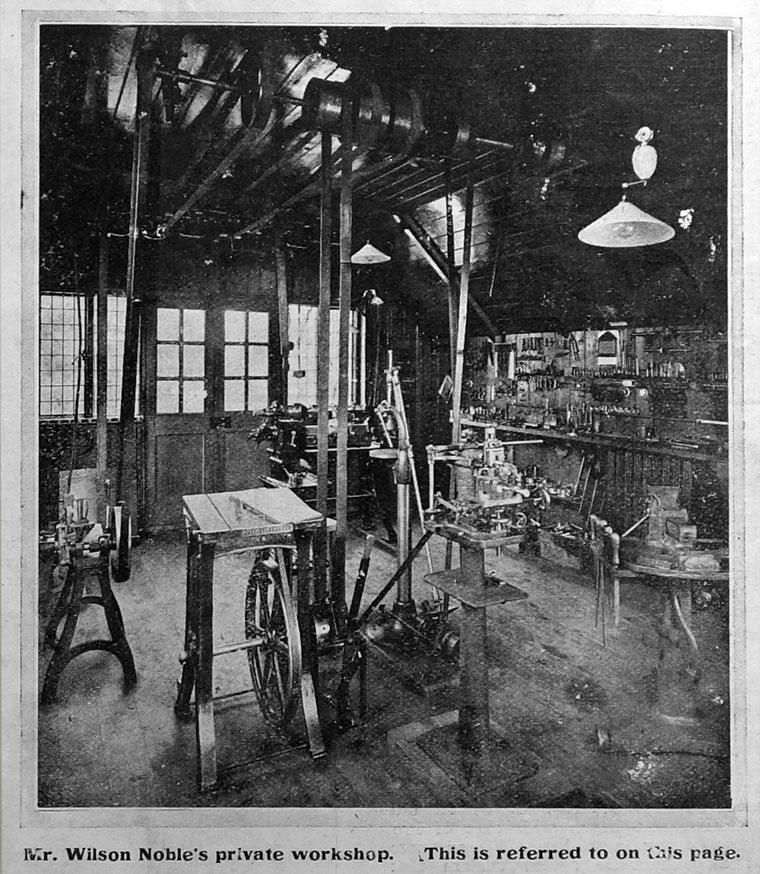 1854 November 21st. Born in Bloomsbury the son of John Noble, Landowner, and his wife Lily

1901 Living at Tangley Park, Worplesdon: Wilson Noble (age 46 born Bloomsbury), Living on own means. With his wife and four daughters and a niece. Ten servants.[1]

1904 NOBLE, Wilson, Tangley Park, Guildford. Cars: Oldsmobile; 8-h.p. de Dion. 12-h.p. Gladiator, 14-h.p Daimler. Total distance travelled since becoming a motorist: Several thousands of miles. Hobbies: Electrical and mechanical pursuits. Principal aim in furthering automobilism: Perfecting of the automobile, and furthering its utility. Has a firm faith in the future of automobilism, which, if unhampered by reactionary legislation, he is sure is bound to render untold service to mankind. To bring this about thinks a number of small and absolutely reliable cars are necessary. Clubs: Carlton, St. James's, A.C.G.B. & I. [2]