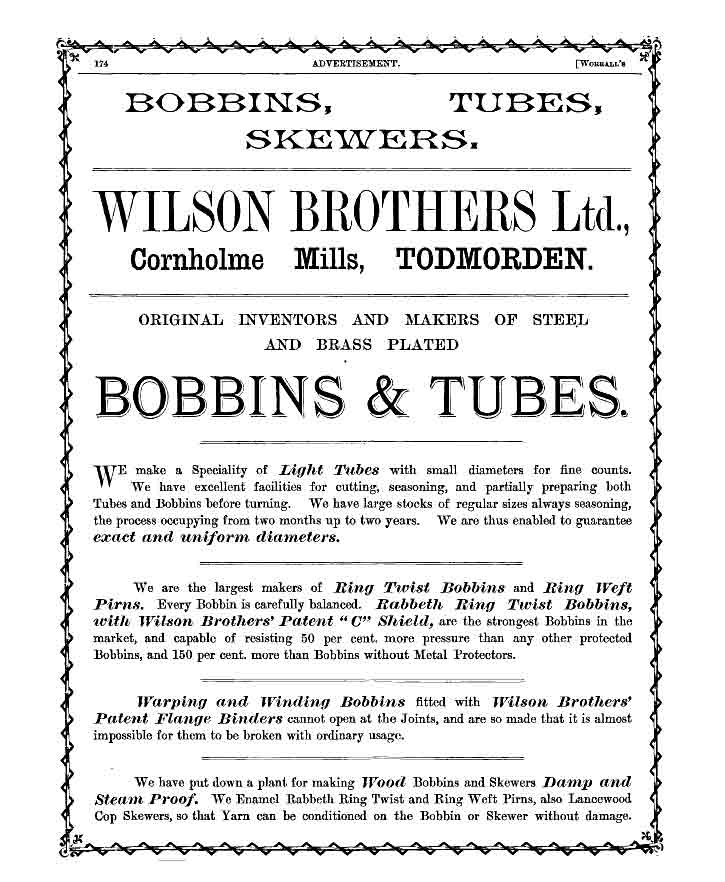 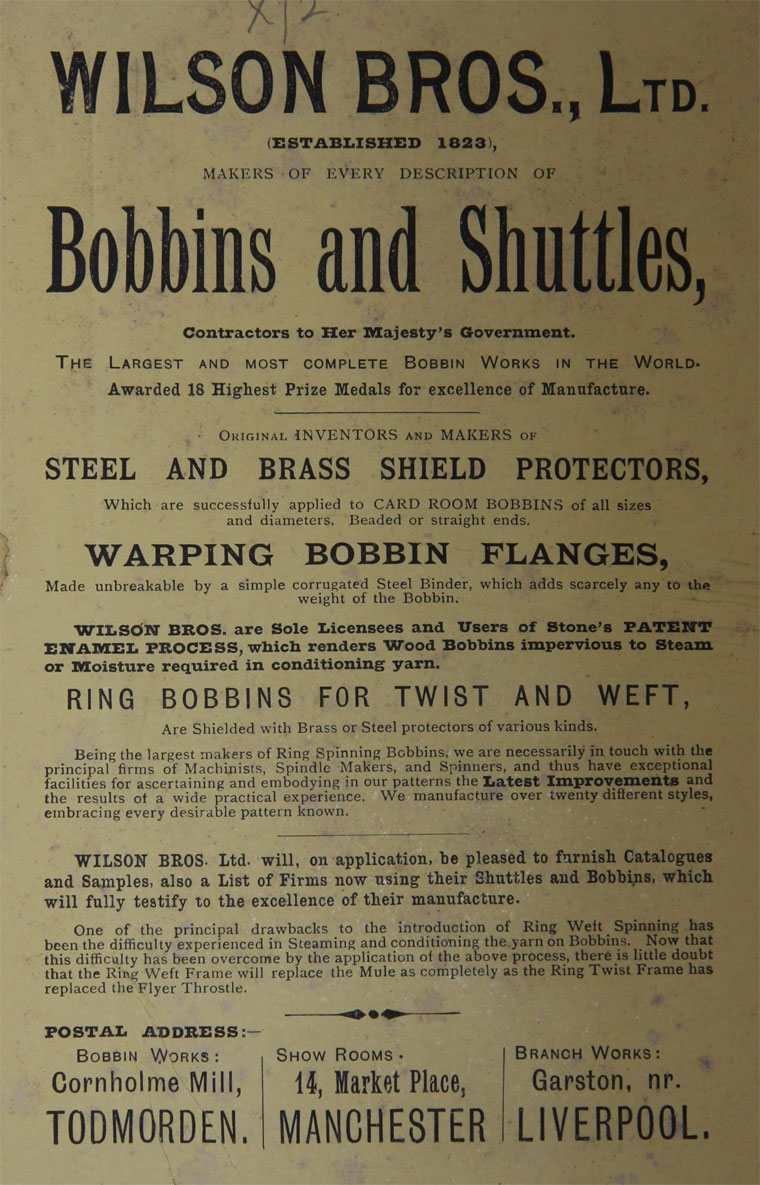 Wilson Brothers were makers of Bobbins and Tubes for the cotton industry.

Continued by Lawrence Wilson and Sons

The businesses at Cornholme Mills, and 14, Market-place, Manchester, would continue to be carried on by Joshua Henry Wilson and Lawrence Wilson, under the style or firm of Wilson Brothers.

The business carried on at Beevor Works would continue to be carried on by John William Wilson, and also at 14, Market-place Manchester, under the style of ;Wilson and Co.

The business carried on at Shannon Saw Mills, Athlone, would continue to be carried on by Samuel Wilson on his own account.[1]

Incorporated as a Limited Company under style of Wilson Bros., Ltd