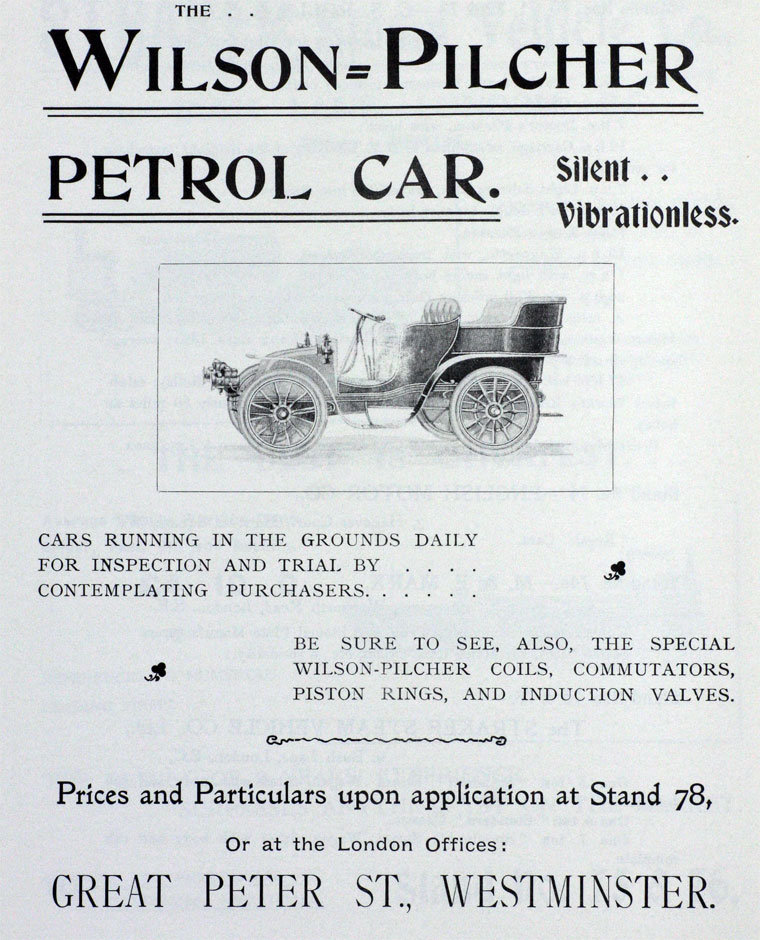 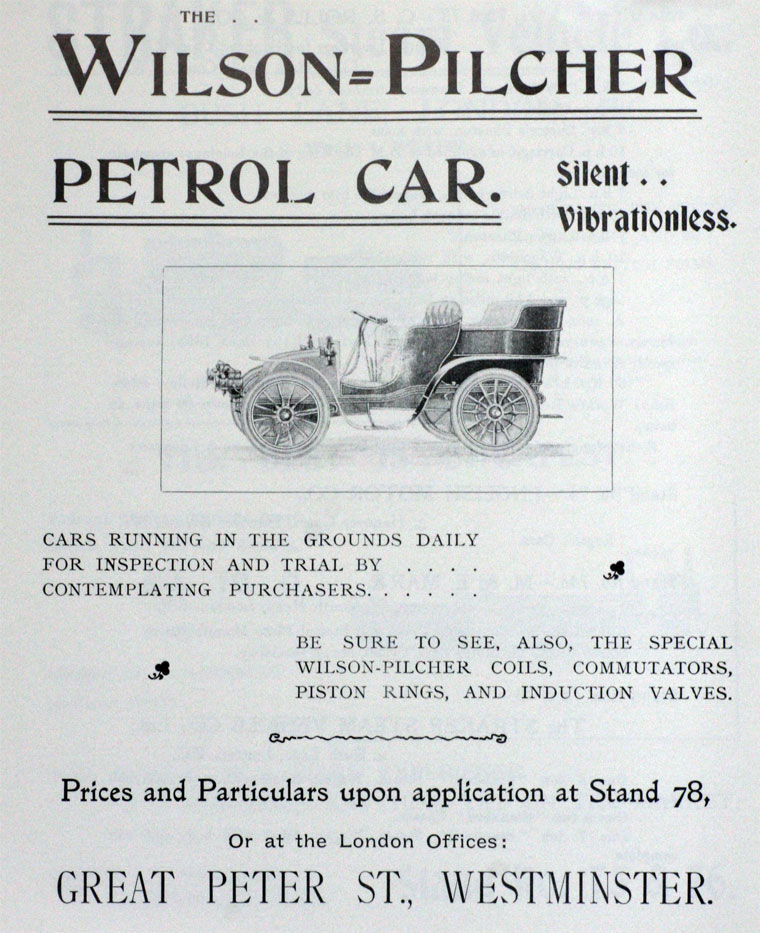 1899 Percy Pilcher was killed in one of the firm's experimental gliders.

In new premises in Westminster Wilson created the Wilson-Pilcher motor car embodying epicyclic gears and some remarkable new features which in later years came to be regarded as the hallmark of good design in motor cars of quality.

1904-6 Cars were made by Armstrong Whitworth