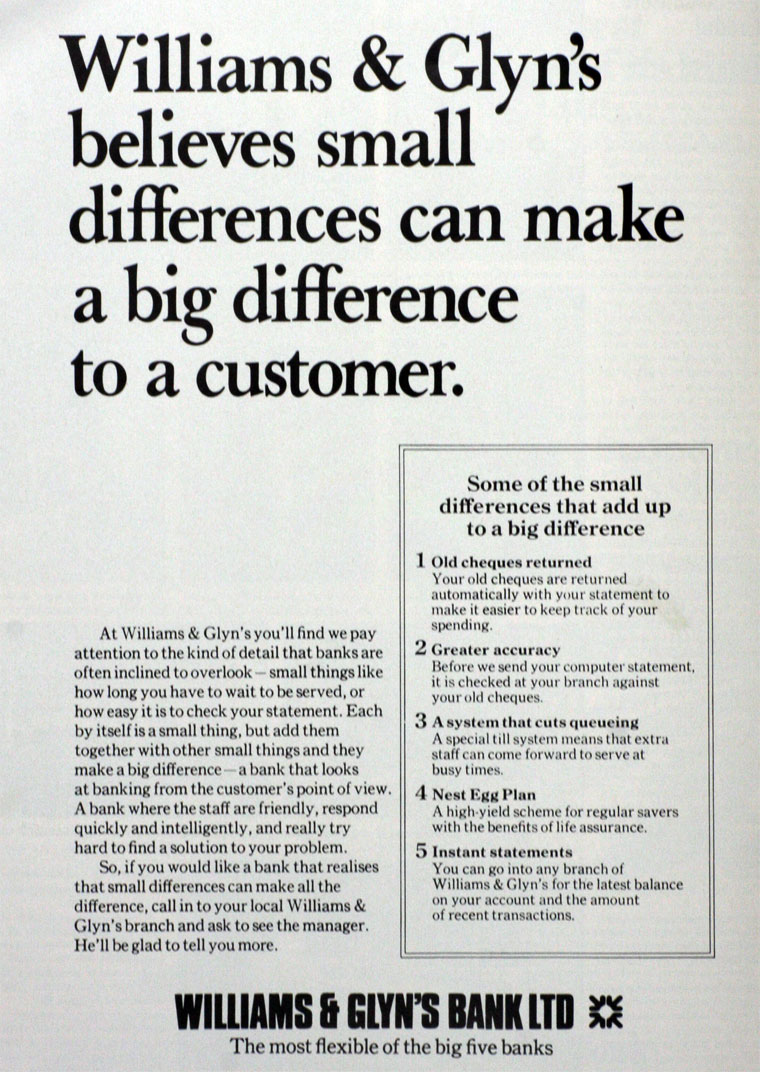 1970 Williams and Glyn's Bank was formed to enable National Commercial Bank Group to rationalise its holdings by merging three constituents (all outside Scotland):

From 1970 all of the 326 constituent branches began trading as part of Williams and Glyn’s Bank.

1974 Williams & Glyn’s was the first clearing bank to introduce free banking for personal accounts in credit. It advertised itself as a friendly bank - an alternative to the larger high street banks - with shorter lines of command and a flexible approach to clients’ financial problems. The approach had wide appeal and the business proved successful and expanded rapidly.