Grace's Guide is the leading source of historical information on industry and manufacturing in Britain. This web publication contains 142,386 pages of information and 227,858 images on early companies, their products and the people who designed and built them. 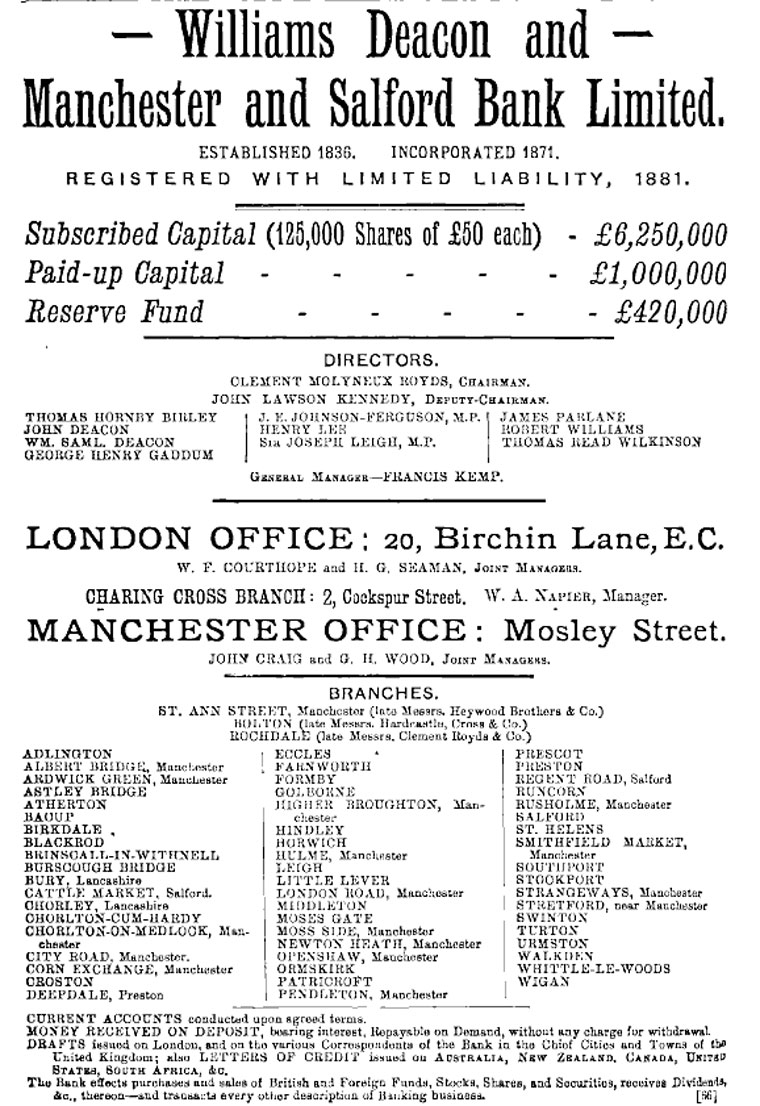 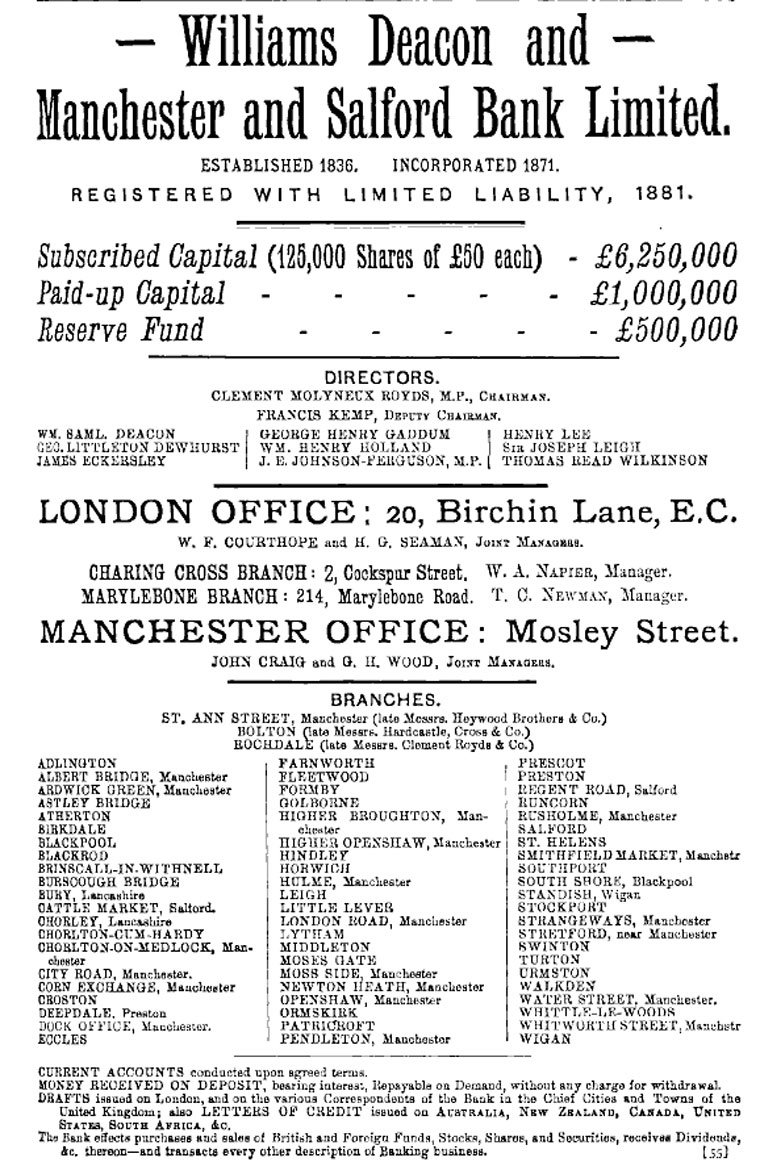 1836 The Manchester and Salford Bank was established by a group of promoters keen to take advantage of recent legislation allowing the formation of joint-stock banks outside London.

1836 A banking house was rented in King Street.

From the late 1850s the bank expanded rapidly. Branches were opened in nearby towns, a new banking house in Mosley Street was built in 1862 and a number of local banking firms were acquired:

By the 1880s the number of private banks was declining and large clearing banks with London head offices and nationwide branch networks had begun to emerge.

1890 The bank had 47 branches. Took over Williams, Deacon and Co, the bank’s London agent. The new bank was renamed Williams Deacon and Manchester and Salford Bank Ltd and the head office transferred to Birchin Lane, City of London, to retain Williams, Deacon & Co's membership of the London Clearing House.

Profits increased steadily during the last decade of the 19th century