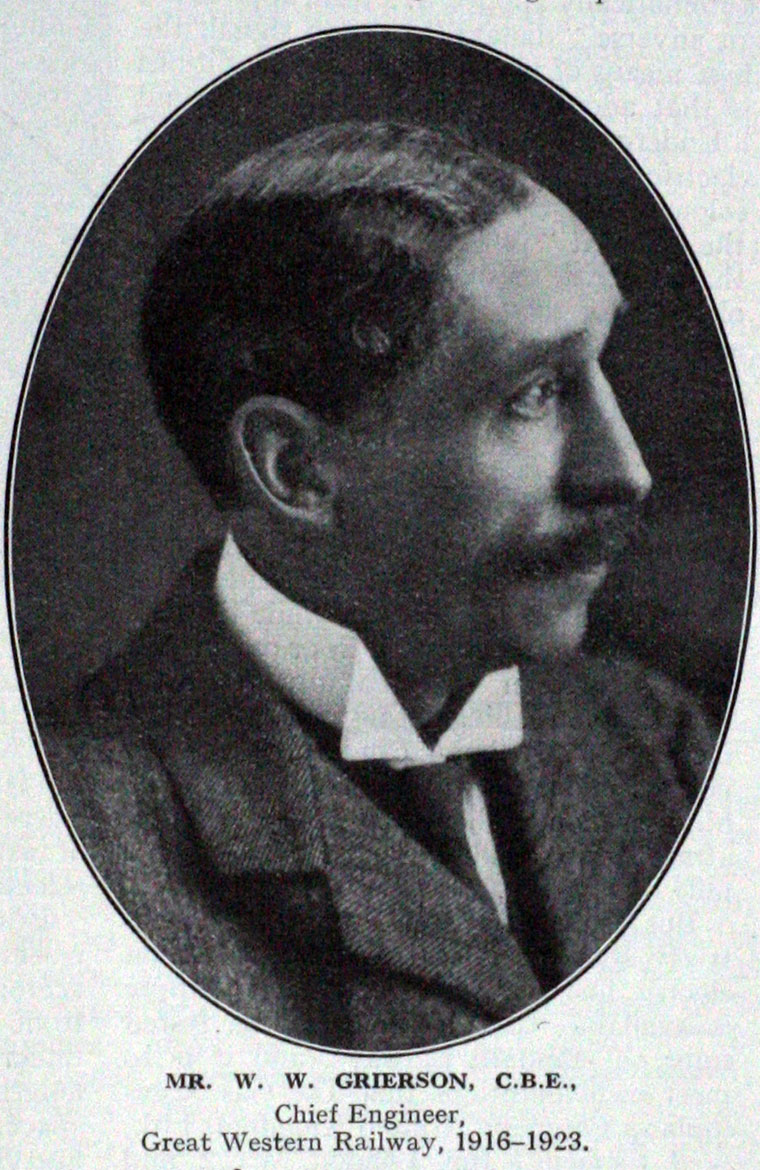 He was educated at Rugby and then served a pupilage on the Great Western Railway, first under Mr. William Dean, M. Inst. C.E., who was Locomotive and Carriage Superintendent, and then under Mr. W. E. Owen, Chief Engineer to the Company.

From 1887 to 1894 he was Resident Engineer on various sections of that railway, and among the important works on which he worked was the construction of the South Wales and Bristol direct line, which took over 7 years to complete and cost over £1,000,000.

In 1894 he was posted as engineer at Paddington, in succession to Mr. James Inglis (later Sir James Inglis, Past-President Inst. C.E.), who had been appointed General Manager.

He worked in conjunction with Mr. W. Y. Armstrong, New Works Engineer, until the latter retired in 1916, when Mr. Grierson took over control of the New Works department, becoming Chief Engineer. He held this position until his retirement in 1923, when he was appointed Consulting Engineer to the Railway.

The work which brought Mr. Grierson into closest touch with his brother engineers was that which he did as Chairman of the Committee on the Standardization of Railway Track and Equipment.

The Committee was composed of the Chief Engineers of the principal railways, and sat periodically from 1918 until 1924. Its report met with almost universal acceptance and was of the greatest value when the amalgamation of the railways became an accomplished fact. Throughout the sittings of the Committee the outstanding feature was the determination of the Chairman to recommend that which was proved to be best.

During the war Mr. Grierson carried out liaison duties between the War Office and the railway companies, and was appointed a Commander of the Order of the British Empire for his services. He was a Lieutenant-Colonel in the Engineer and Railway Staff Corps and an honorary member of the Institution of Royal Engineers, Chatham.

He married in September, 1927, Aleen, daughter of R. P. Bell, of Pegsboro’, Tipperary, who survives him.