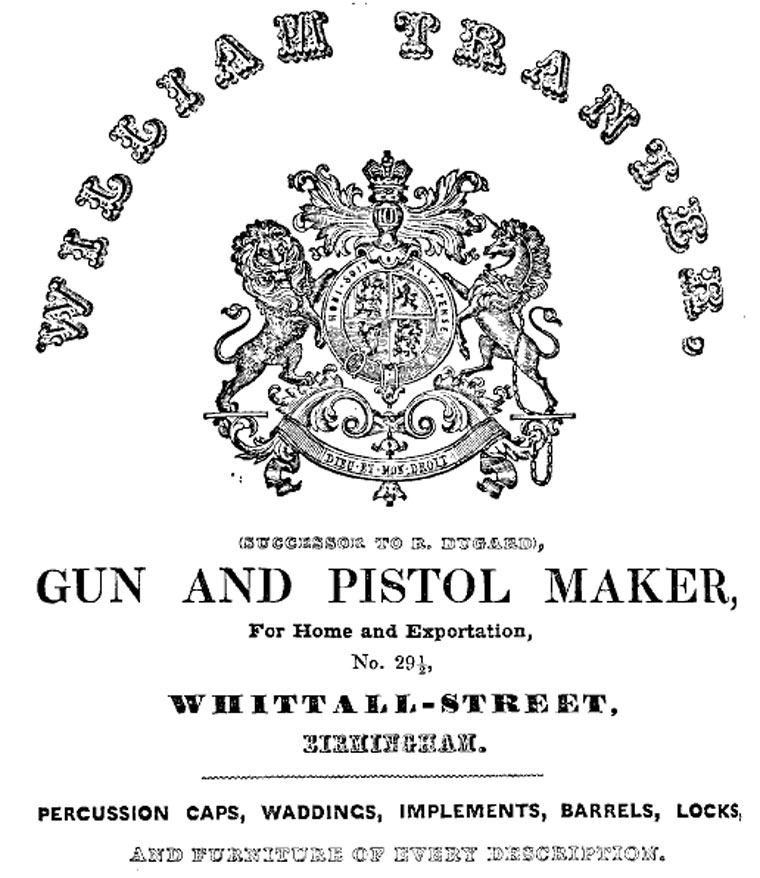 William Tranter born 1816 at Oldbury nr Birmingham and was the eldest son of Thomas and Mary Tranter. Thomas' occupation was a blacksmith.

1830 At the age of 14 William Tranter was apprenticed to the gunsmithing firm of Hollis Brothers and Co in Birmingham.

1839 He left Hollis Brothers and bought out the business of Robert Dugard at Whittall Street, Birmingham with a small legacy left to him by an uncle.

1841 An advertisement in 1841 read "William Tranter (successor to R. Dugard), Gun and Pistol maker, for home and exportation, No.29.5 Whittall Street, Birmingham. Percussion caps, waddings, implements, barrels, locks, and furniture of every description."

1888 he resigned, leaving his works manager Henry A Schlund in control. The name was changed to the Aston Arms Factory 1890 William Tranter died on January 7th, 1890.

1891 The company ran into financial trouble.

By 1900 business had ceased and the factory was occupied by the Clipper Tyre Co and then by the Dunlop Pneumatic Tyre Co.

The factory was ultimately demolished in 1961.