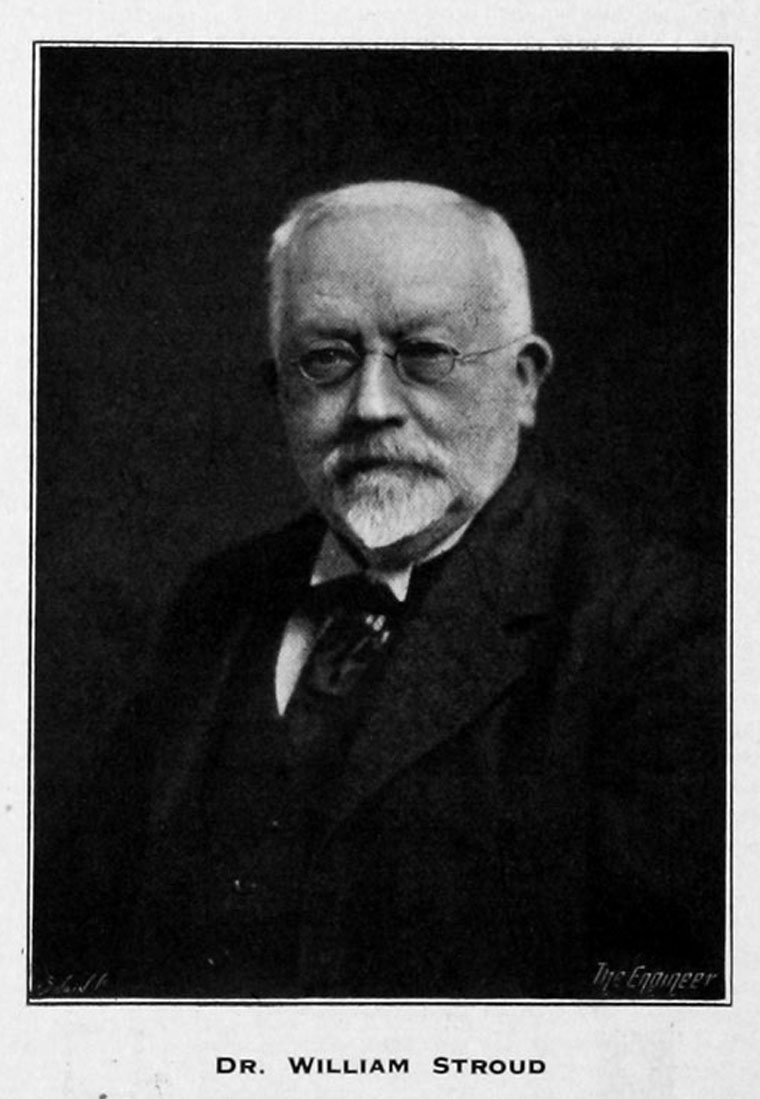 1888 Archibald Barr and William Stroud began their association. Stroud was Professor of Physics at the Yorkshire College (now the University of Leeds). Barr was Professor of Civil and Mechanical Engineering.

In that year, they responded to an advertisement in the magazine Engineering, to design a short-base rangefinder for infantry use. Although the resulting design was not successful at the time, the Admiralty approached them in 1891 and invited them to submit a further design for trial.

1909 William Stroud resigned his chair at University of Leeds and moved to Glasgow to work for the company full-time.

"...the death took place, at Torquay, of Dr. William Stroud, Emeritus Professor of Physics in the University of Leeds, and one of the founders and the chairman of Barr and Stroud..."More.