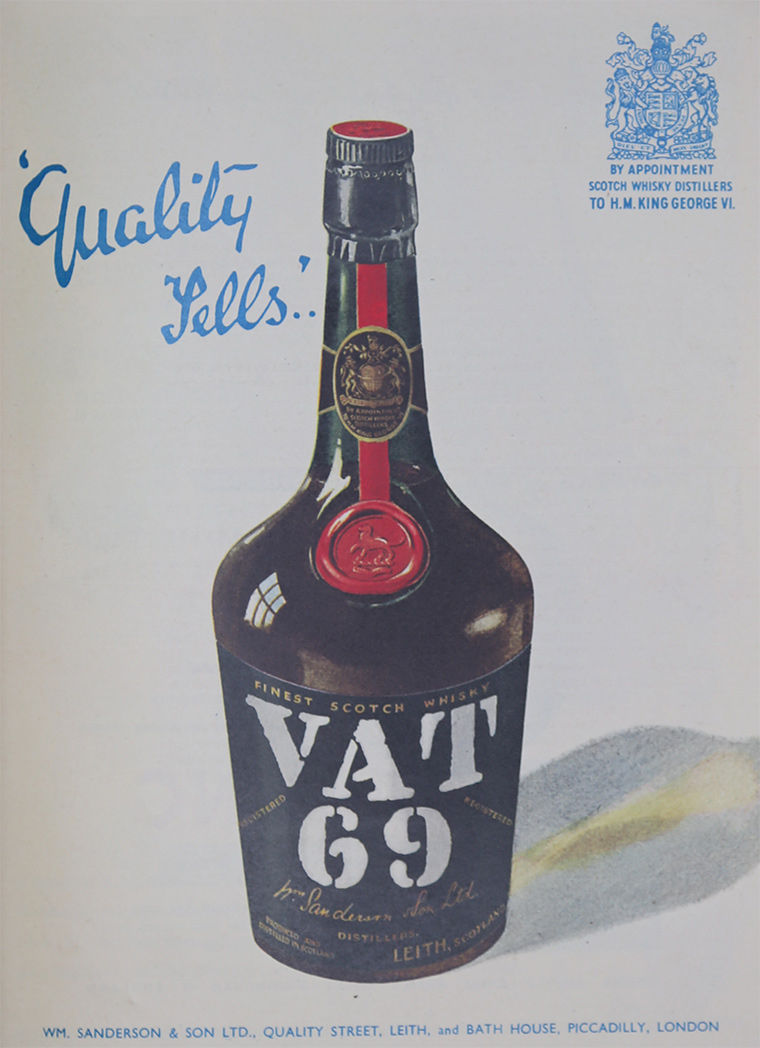 1880 His son William Mark joined him in the business

1882 Company folklore suggests that the origin of its most famous blend was in a tasting from numbered casks. The blend from Vat 69 was deemed the best

1885 Sandersons were instrumental, along with other blenders, in the creation of the North British Distillery Co in Edinburgh. This was, in its time, the largest distillery in the world and secured a source of grain whisky beyond the control of the Distillers Co.

1896 Sandersons were part of a consortium that constructed Tamdhu distillery

1915 The Leith business of Robertson, Sanderson and Company Limited, also blenders as well as wine merchants, went into voluntary liquidation. The two businesses were associated by family ties, affected by wartime losses of family members and came together thereafter

1925 The business was incorporated as William Sanderson and Son Limited

1933 The company went into voluntary liquidation, their assets were subsequently acquired by Booths Distilleries

1937 Booth's came under the control of the Distillers Co