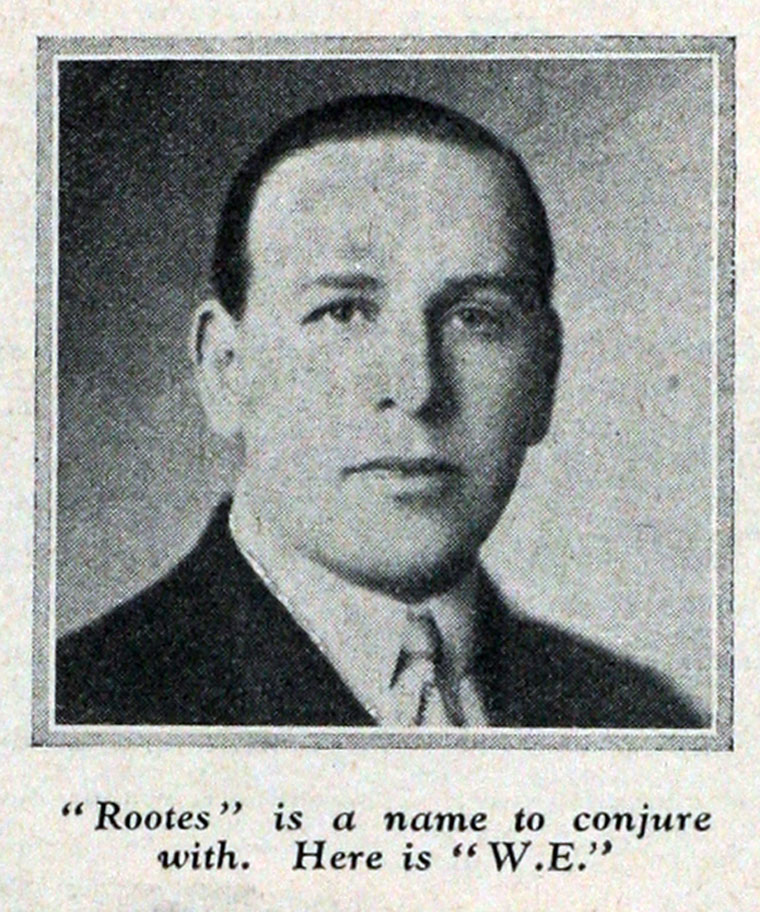 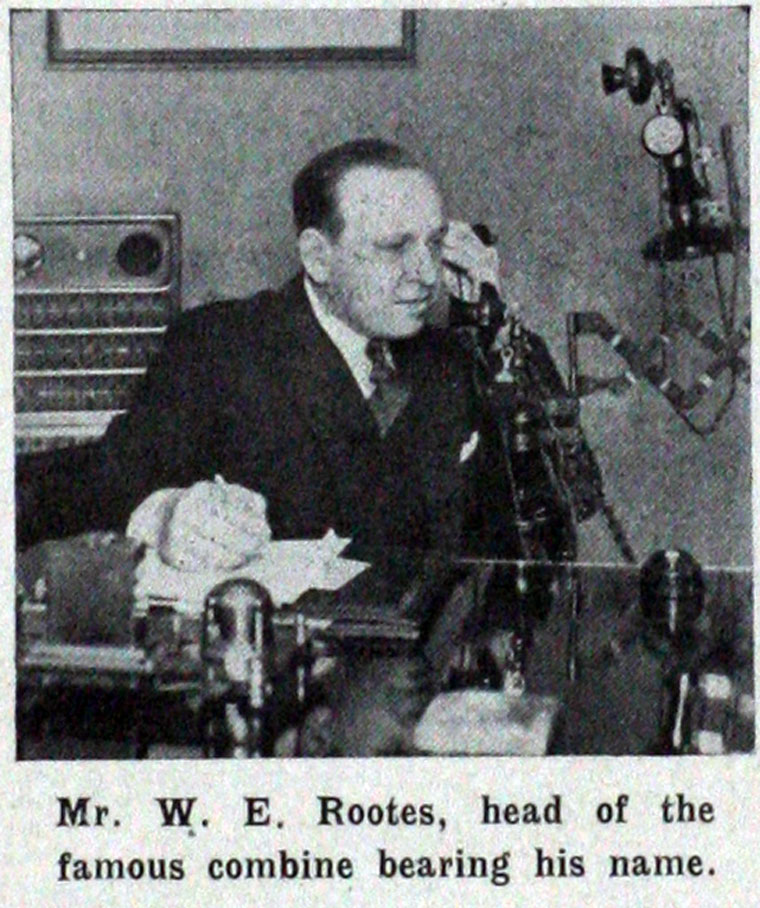 William Edward Rootes, 1st Baron Rootes GBE (17 August 1894–12 December 1964) was a noted Coventry motor manufacturer, founder of the Rootes Group and the innovative Chairman of the Promotion Committee which founded the University of Warwick.

William (Billy) Rootes was born in Goudhurst, Kent. His father, William, owned a cycle and motor engineering business in Goudhurst.

In 1905, whilst their parents were out, Billy took Reggie out for a drive in their father's New Orleans motor car. Unfortunately, Billy crashed the car.

Billy attended Cranbrook School, and on leaving school in 1909 was apprenticed to the Singer car company. William had moved the family business to Hawkhurst by this time, and expanded into the motor trade.

Billy began selling Singer cars in Maidstone before the completion of his apprenticeship; by 1914 he had established a car agency in Maidstone (but perhaps this was in his father's name). He sold all of his first batch of cars within a few months of leaving Singer.

During WWI, the firm worked on the maintenance and repair of aero engines.

After the war, he returned to motor trading and persuaded his younger brother Reginald (Reggie) to join him.

Billy was knighted in 1942 for his work setting up shadow factories. Billy was created a Baron in 1959, some five years before such honours ceased to be inheritable under the UK honours system: his eldest son, would accordingly become the second Baron Rootes on Billy's death.

Rootes married firstly in 1916 Nora Press. The marriage produced two sons, William Geoffrey Rootes (1917 - ) who between 1967 and 1973 served as Chairman of the family business (by now a subsidiary of Chrysler Corporation) and Brian Gordon Rootes (1919 - 1971) who also held a succession of senior positions within the company (interrupted by a period of military service during the Second World war) between 1937 and 1967.

Although Lord Rootes’ untimely death in 1964 prevented him being installed as the University of Warwick's first Chancellor, his name is still strongly connected with the University in many ways. These include the Rootes Social Building, Rootes student residences and the Lord Rootes Memorial Fund.

Died aged 70 years. Born 17th August 1894 in Kent, the son of William Rootes. Went to Cranbrook School and then in to family workshop before joining Singer in 1913. In 1916 married Nora Press and had two sons. This marriage was dissolved in 1951 he then married Ruby Joy Ann Peek.