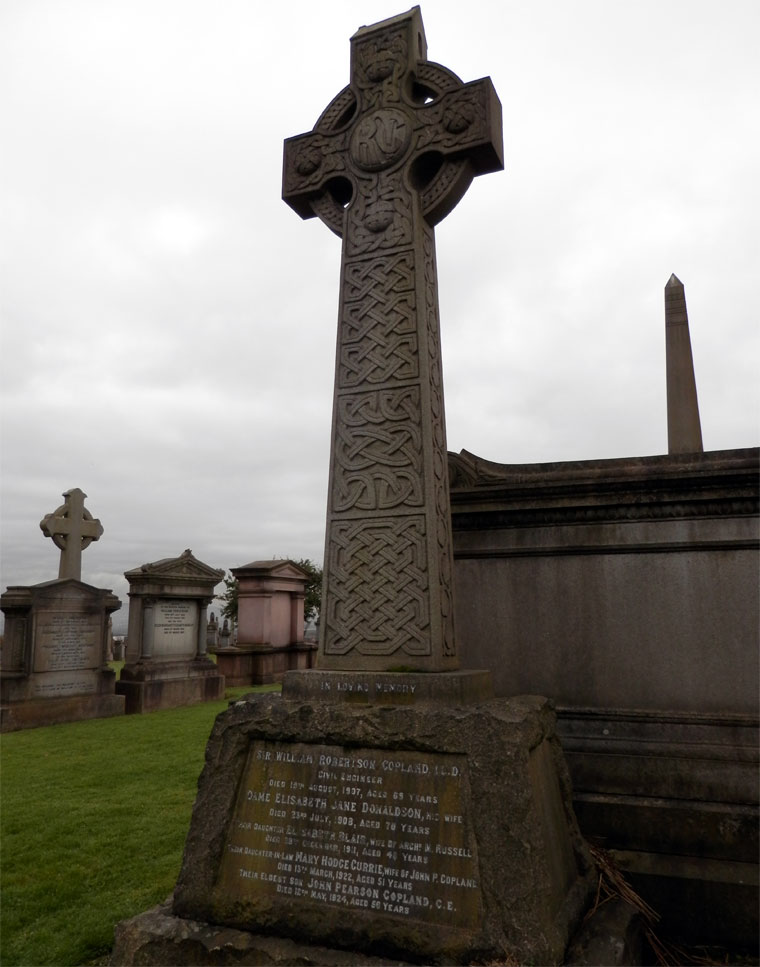 Born at Stirling in 1838, he received his early education at the High School of his native town, and afterwards attended Glasgow University, where he distinguished himself in engineering subjects.

His practical training as a civil engineer was acquired in Glasgow, under Mr. David Smith, to whom he served an apprenticeship from 1856 to 1860.

Afterwards he joined the staff of the Edinburgh and Glasgow Railway Company, and was subsequently, for 4 years, Burgh Engineer of Paisley.

In 1866 he began business in Glasgow, and soon acquired an extensive connection, particularly with corporate bodies. He made a special study of questions of drainage and water-supply, and constructed numerous important works, so that he came to be recognized, both at home and abroad, as a leading authority in these branches of civil engineering. Besides his practice in designing and carrying out public works, he acted from time to time as consulting engineer in connection with various municipal and county schemes. He occupied a high position as a Parliamentary witness and as an arbitrator in the settlement of claims for compensation, and cases of difference and dispute between parties. In this latter connection his quick grasp of affairs and sound judgment were greatly esteemed. He was appointed, by mutual agreement, standing arbitrator between the Glasgow Corporation and the Caledonian Railway Company in connection with the construction of the Central Railway, authorized by the Act of 1888.

Sir William Copland rendered valuable public service to Glasgow. His name was specially associated with the extension and organization of technical education, and with the erection of the new buildings of the Glasgow and West of Scotland Technical College. Sir William was chairman of the governing body of the college, and it is largely due to his individual effort that the college has reached its present high position. He also represented the Technical College on the board of the West of Scotland Agricultural College. As a member of Glasgow University Court, he took a warm interest in the subject of university education, and, when the new medical and natural philosophy departments of the University were opened by the Prince of Wales, in April, 1907, he received the honorary degree of LL.D.

In June, 1906, the honour of knighthood was conferred upon him by the King. Among the public offices he served was that of Deacon Convener of the Incorporated Trades of Glasgow, which gave him ex oficio a seat on the Town Council for a period of 2 years.

He was elected a Member of The Institution on the 7th March, 1876.

. . . Sir William Robertson Copland, LL.D., M.Inst. C.E., well known throughout the kingdom as an authority on the construction of reservoirs and waterworks generally, and especially well known by, and endeared to, the citizens of Glasgow for his great interest and furtherance of technical education . . [more]