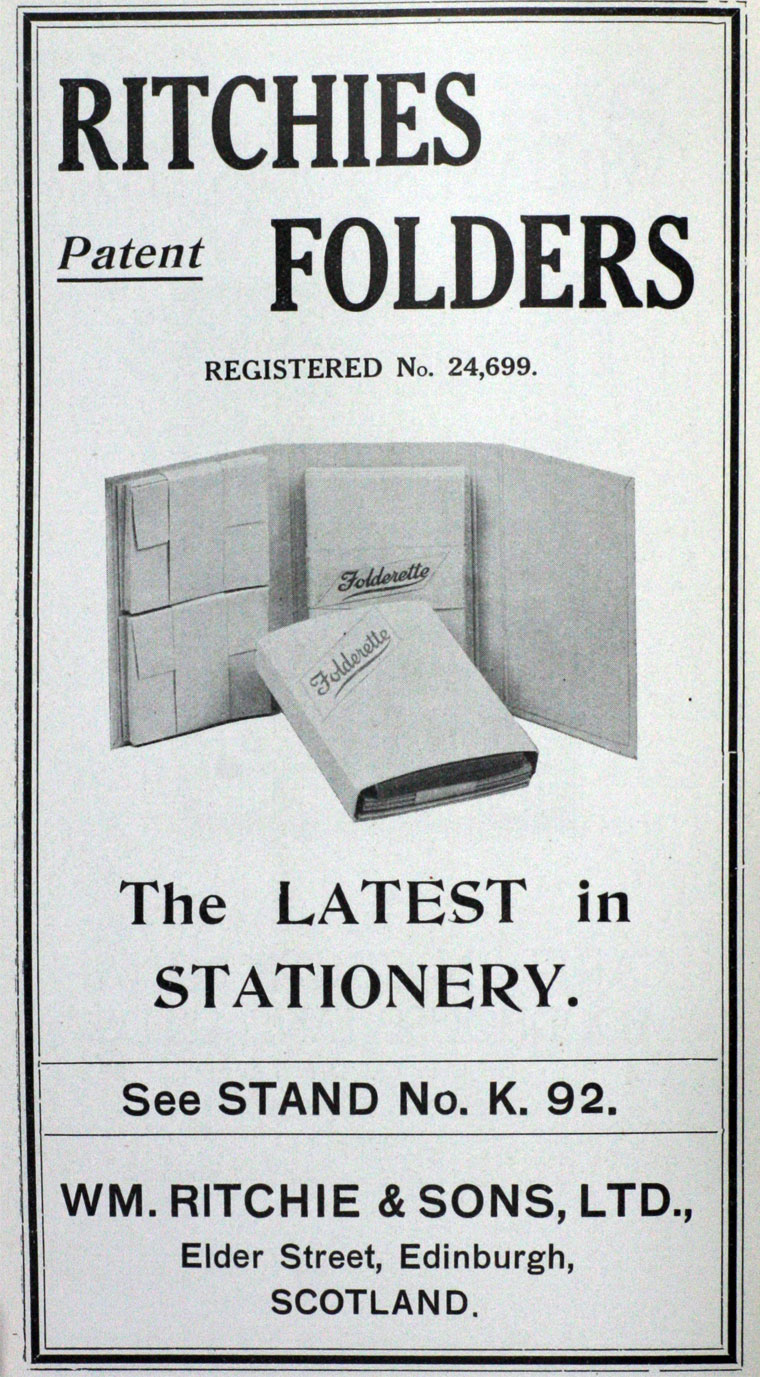 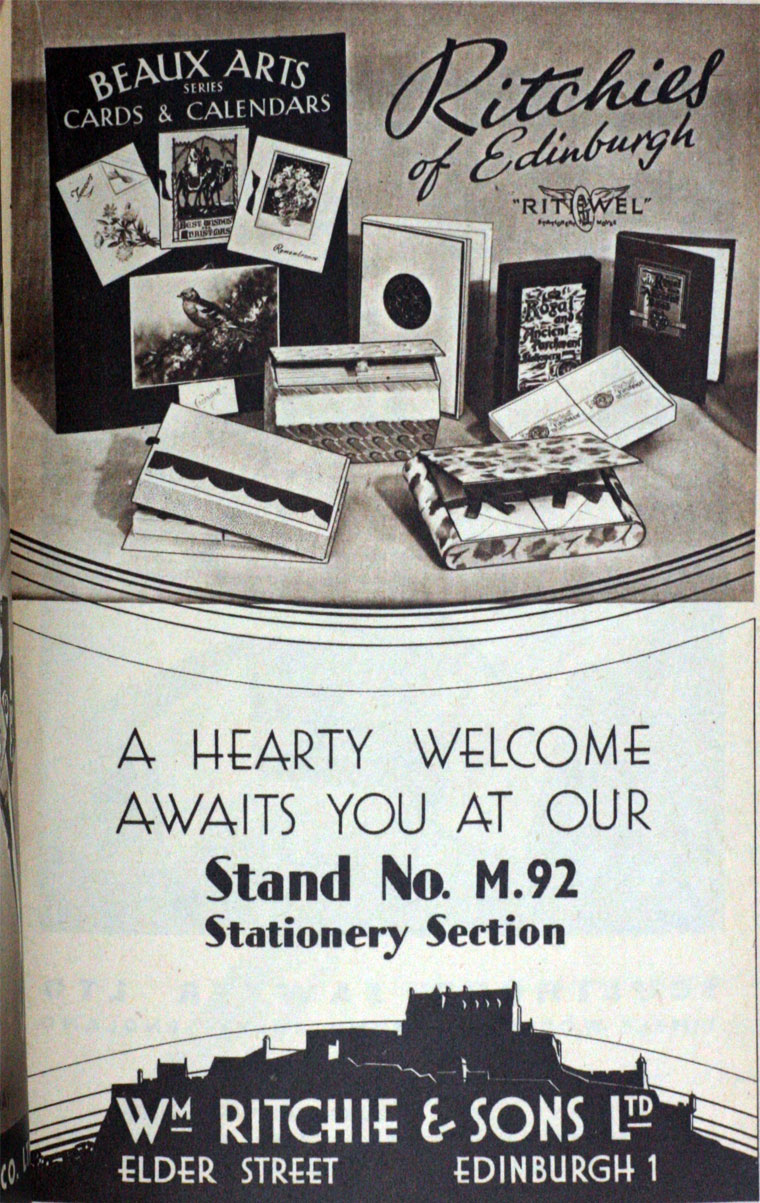 1858 He exhibited 7 photographs to the PSS Exhibition.

1865 He became an Edinburgh Photographic Society member in 1865.

1922 British Industries Fair Advert for Ritchies Patent Folders. The latest in Stationery. Also as Manufacturers of Notepapers, Writing Pads, Compendiums and Folders; Publishers and Printers of Christmas Cards and Calendars. (Stand No. K.92) [1]