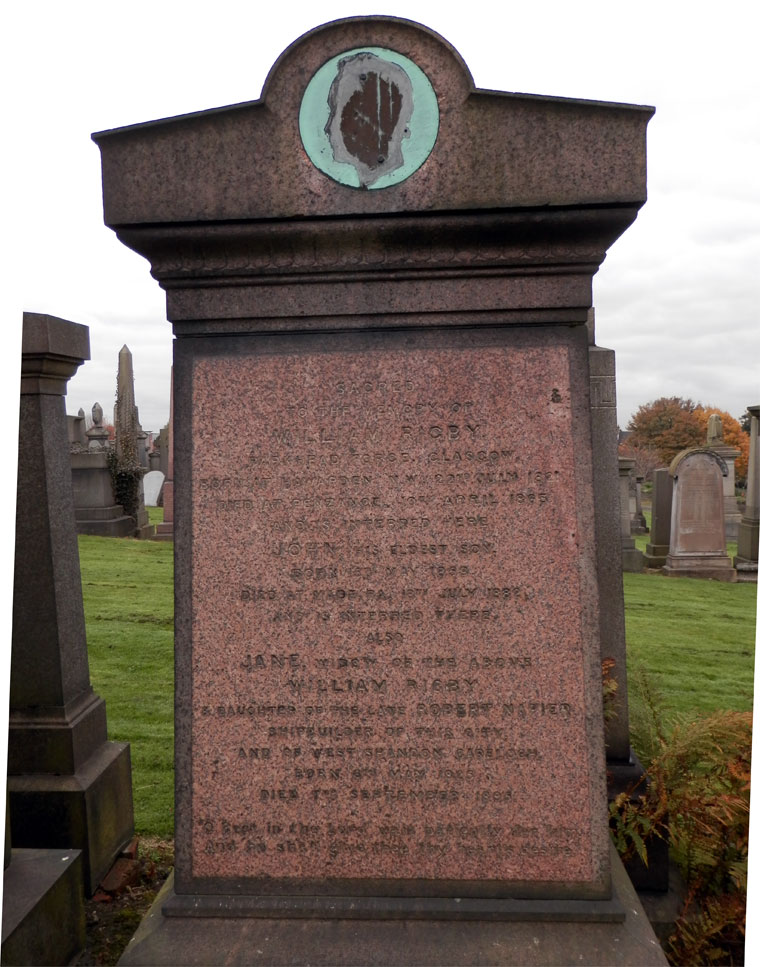 In about 1845 he appointed William Rigby as works manager.[2]

1861 The Clyde Artisans, Napiers' and Parkhead Forge Corps of the 25th Battalion of the Lanarkshire Rifles mustered under the command of Colonel William Rigby[3].

1863 William Rigby died at Penzance on April 10[5]. The business continued to be known as Rigby and Beardmore for some years[6].

1871 The Parkhead Forge business was run by William Beardmore senior until 1871, when he took his brother Isaac into partnership.