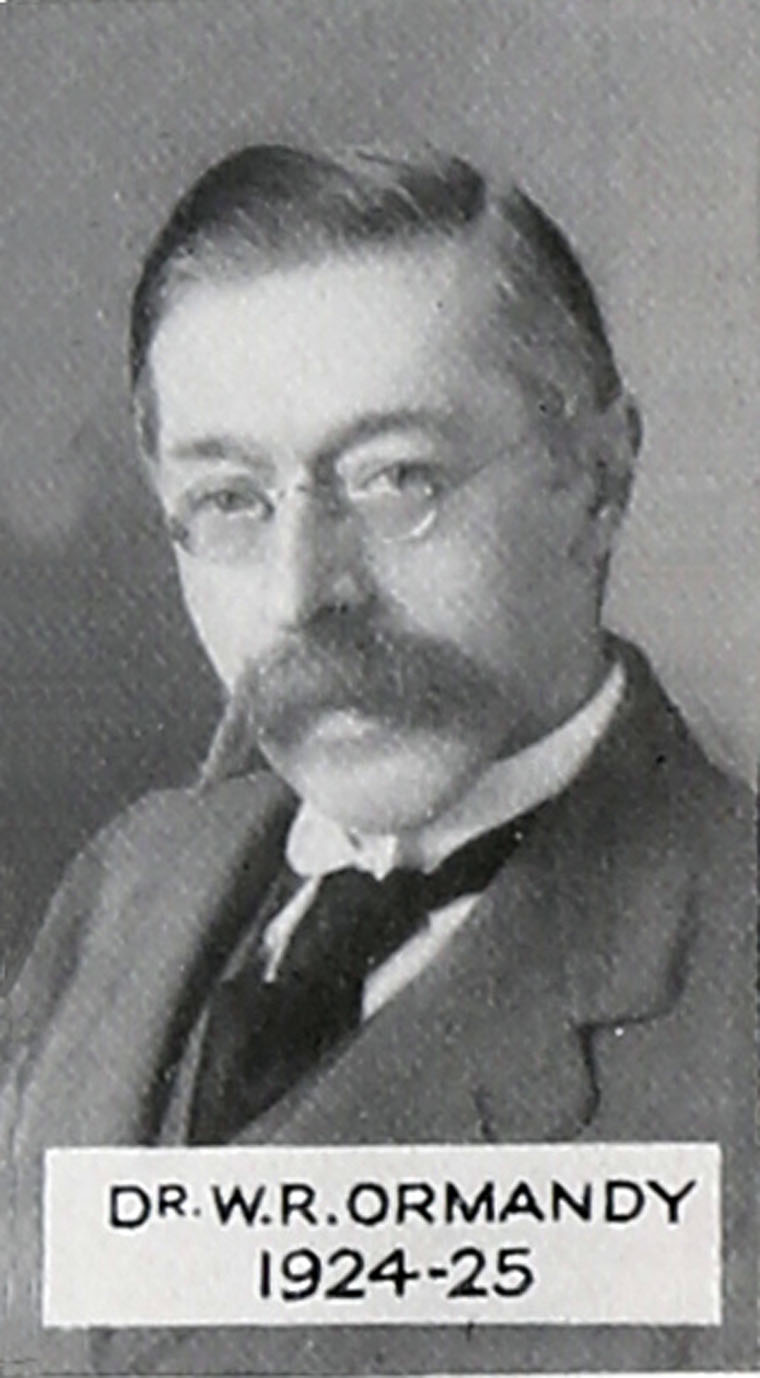 1924-5 President of the Institution of Automobile Engineers

Dr. William Reginald Ormandy died on September 12, 1941, at Moreton, Wirral, Cheshire. Ormandy was born at Chorley, in Lancashire, in 1870, and educated at Wigan Grammar School.

He studied at the School of Mines, Wigan, and afterwards spent five years at Owen's College where he won a Bishop Berkeley Fellowship. For the next three years he studied at Tubingen University for his D.Sc.

On returning to England, Ormandy worked as research chemist with various industrial organizations, including two years as head of the Science Department at St. Helen's Technical School.

Later he opened a private practice as consulting and research chemist and engineer. Ormandy was chiefly interested in liquid fuels and was a recognized authority on all synthetic processes for their production.

He was a member of several institutions connected with fuels and chemical engineering, and was elected a member of the Institute of Metals in 1918.

William Reginald Ormandy was born in 1872 and received his technical education at Manchester University. He subsequently became one of the leading fuel technologists of The Automobile Industry.

He was elected a Member in 1913, served, on the Council fora number of years and was President for the Session 1924-25.

(Further details of his career appeared in the Journal for October, 1941.)