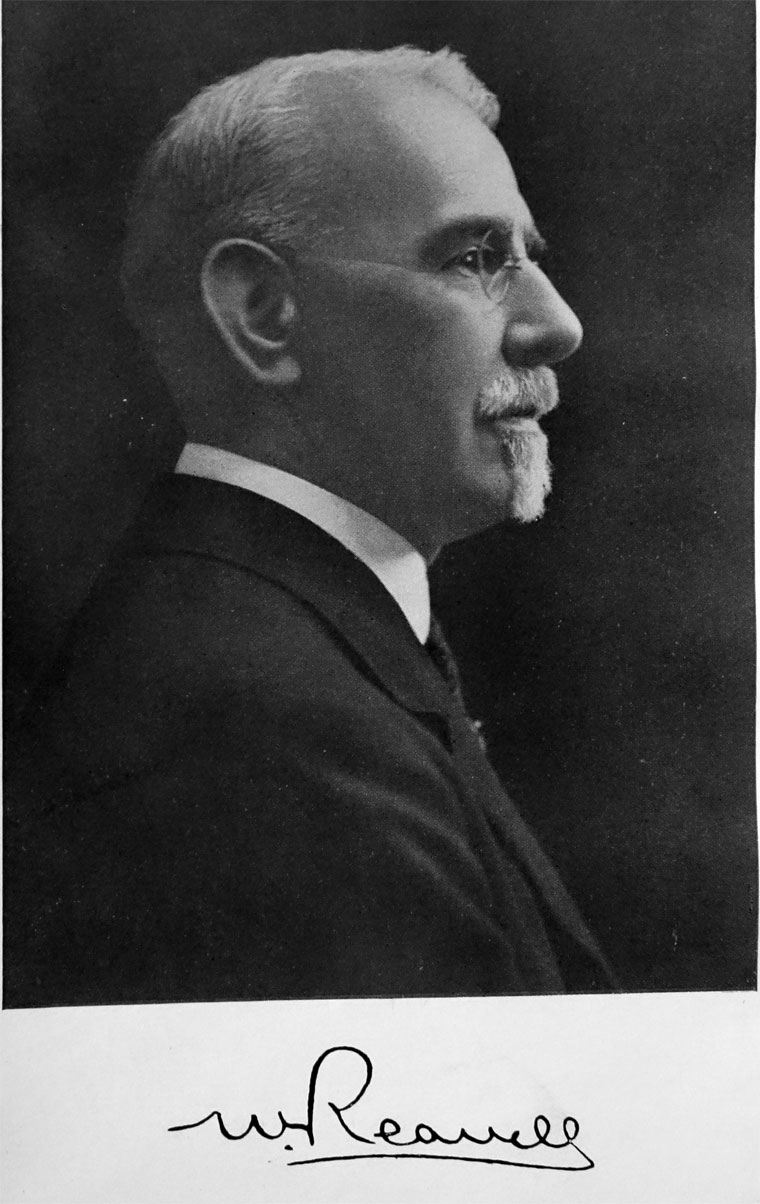 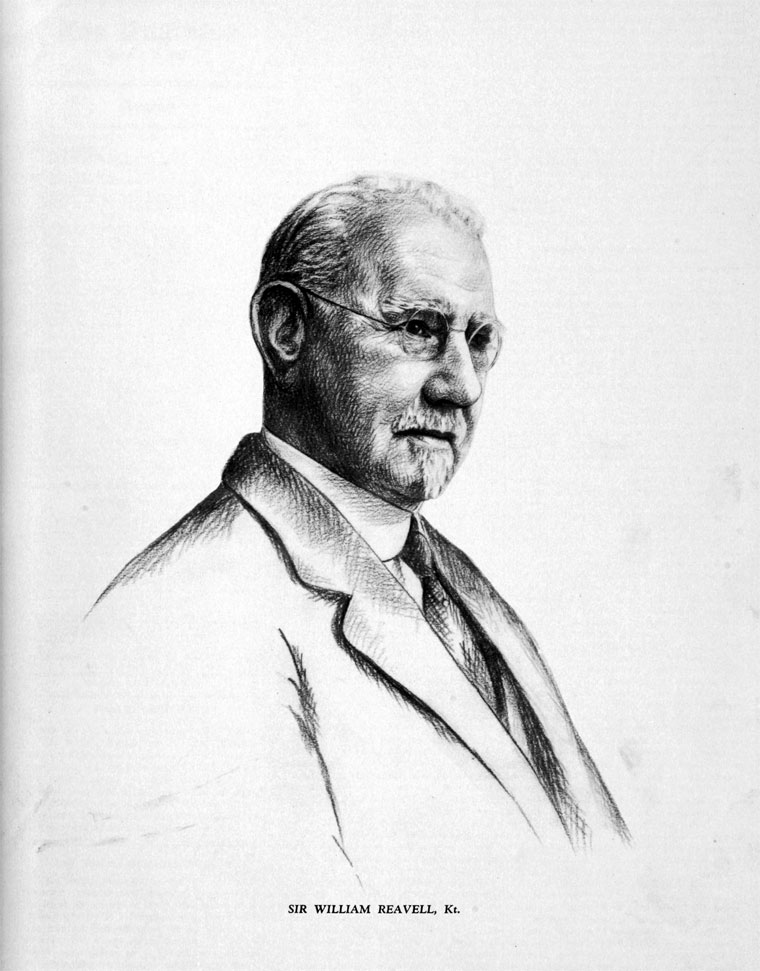 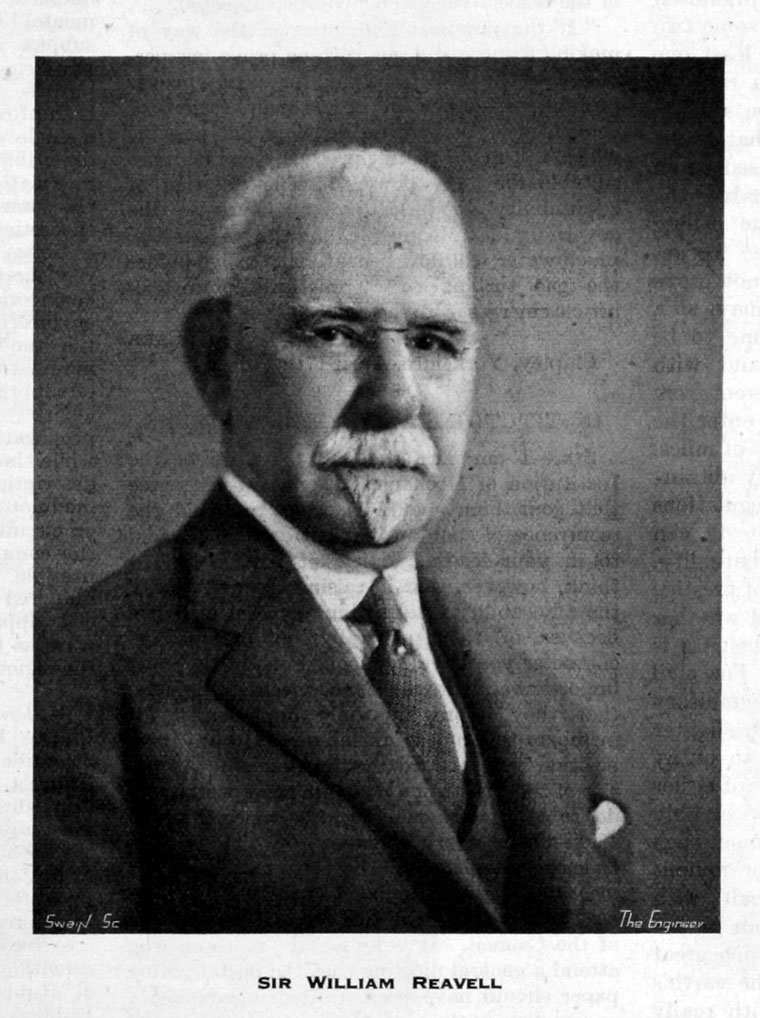 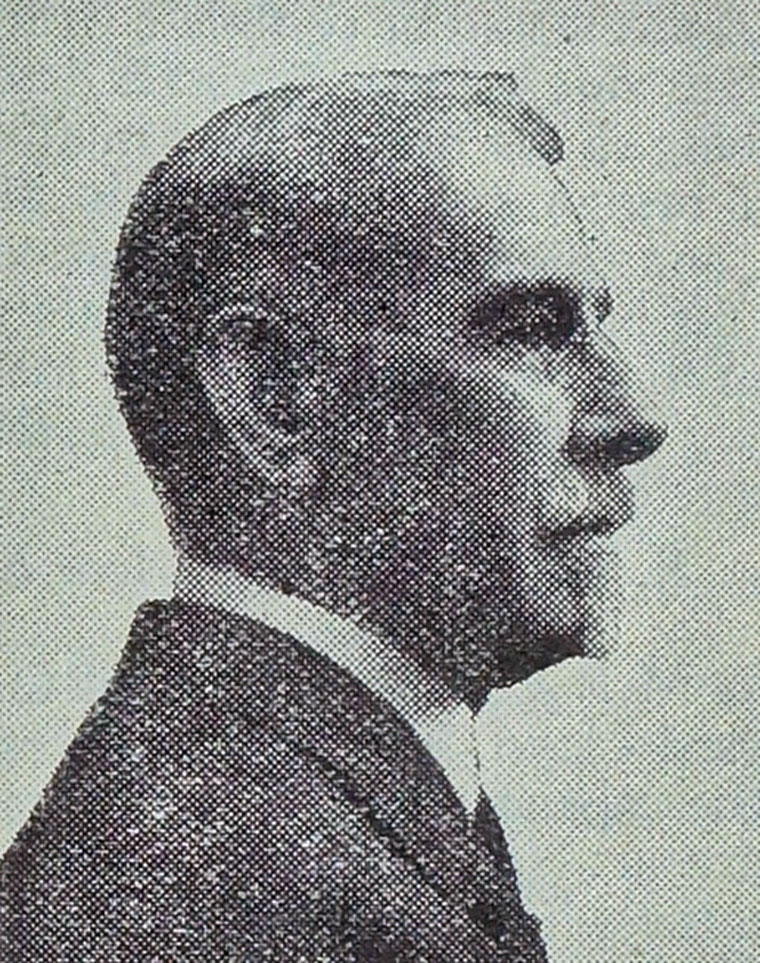 Sir William Reavell (1866-1948) was born near Capel, in Surrey, on 2 March 1866. His family moved to Alnwick, Northumberland, where he attended the Grammar School.

In 1882, he was apprenticed to R. and W. Hawthorn, Leslie and Co at their St Peter’s Works, Newcastle upon Tyne. He remained there for seven years, spending the last two years in the marine engine drawing office. At the same time he was attending evening classes at the Armstrong College.

In 1889, he came to London and joined the firm of Maudslay, Sons and Field, as a draughtsman. At the same time, he continued his studies at Birkbeck Institute, and the City and Guilds Technical College, Finsbury.

In 1897 he left to became general manager of the Lambeth works of Peter Brotherhood, but he soon decided to branch out on his own, and went into partnership with his brother-in-law, W. H. Scott, C. Gaskell and others. A works site was purchased in Ipswich.

Reavell and Company Ltd.’s first venture was the ‘Scott’ steam engine, which was very successful, prior to the advent of the high-speed, forced-lubrication engine. The company made its name with the Quadruplex Air Compressor, which Reavell had patented in 1899. The company progressed, building new air compressors as the technology developed.

In 1905, they began building three-stage air compressors for direct coupling to the early Diesel engines. They were soon supplying large numbers of compressors for land and marine installations, and for marine propulsion.

Reavell was President of the Institution of Mechanical Engineers in 1926.

"Last Sunday morning, April 25th, the death occurred, at his home, "Broadwater," Ipswich, at the age of eighty-two, of Sir William Reavell, the founder, managing director and chairman of Reavell and Co., Ltd., of Ranelagh Works, Ipswich. All those many engineers who know him, even if only by way of acquaintance, will experience a severe sense of loss by his passing. For Sir William had been a leader amongst engineers for so many years that younger men cannot remember the time when his name did not carry a major significance, and he was, moreover, a man of a stamp that this twentieth century seems unable to raise. He not only founded his own business, and wisely guided it, living to see it obtain its year of jubilee, but by his un-selfish work for the British Engineers' Association, the British Standards Institution, and the Institution of Mechanical Engineers he did more than most men for the advancement and welfare of the profession he chose.

William Reavell was the second son of the late Mr. George Reavell, and he was born on March 2, 1866, at Horsham, in Sussex. He received his early education at the Alnwick Grammar Sbhool, more affectionately known as the Duke'school, and in 1882 he was apprenticed to the St. Peter's Works of Hawthorn, Leslie and Co., Ltd., at Newcastle-upon-Tyne.

He completed his training in 1887. But for two years, until 1889, he stayed on as a marine engine draughtsman, pursuing further technical studies at evening classes at the Rutherford College of Armstrong College, at Newcastle-upon-Tyne... Read more

"Sir WILLIAM REAVELL, who died at his home, Broadwater, Ipswich, on 25th April 1948, was born near Capel, in Surrey, on 2nd March 1866. His family moved to Alnwick, Northumberland, where he was educated at the Grammar School. In 1882 he was apprenticed to Hawthorn, Leslie and Company, Ltd., at their St. Peter's Works, Newcastle upon Tyne, and he remained there until 1889, the last two years being spent in the marine engine drawing office. All this time he was attending evening classes at the Armstrong College. In 1889 William Reavell came to London, and joined the firm of Maudsley, Sons and Field, as a draughtsman, and at the same time continued his studies at Birkbeck Institute, and the City and Guilds Technical College, Finsbury. Two years later he joined Babcock and Wilcox as a draughtsman in their marine department, thus adding to the experience he had already gained in connection with machinery and marine engines for passenger and cargo vessels, as well as naval craft; his ability and business capacity were soon recognized, and he became manager of the marine department till he left in 1897 to take up an appointment as general manager of the Lambeth works of Peter Brotherhood and Company, Ltd. Very soon, however, he decided to branch out on his own, and with his brother-in-law, the late W. H. Scott, and C. Gaskell, among others, a company was formed, and a works site was purchased in Ipswich.

The firm of Reavell and Company, Ltd., first built the "Scott" steam engine which, before the advent of the high-speed, forced lubrication engine, was most successful, but the firm made its name primarily with the Quadruplex Air Compressor which had been patented by William Reavell in 1899. The firm, under Mr. Reavell's guidance, rapidly progressed, and air compressors were designed to meet many new developments. About 1905 three-stage air compressors were built for direct coupling to the early Diesel engines, and it was a tribute to William Reavell and his firm that the late Dr. Diesel entrusted this work to them. During the period when many firms were manufacturing air injection Diesel engines in this country and on the Continent, Reavell and Company, Ltd., supplied large numbers of compressors both for land installations and for marine propulsion.

In the year 1926, he was President of the Institution of Mechanical Engineers and the Annual Summer Meeting was held in East Anglia, with Ipswich as the centre. His firm have happy recollections of the visit of so many eminent engineers to the works.

Sir William was interested in the work of the British Standards Institution from its early days, and was Chairman of the Keys and Keyways Committee, finally reading a paper on the findings of the research made in this connection to the Institution of Mechanical Engineers in 1910.

In 1938 he received his knighthood in recognition of his national services and his services to engineering. He had taken great interest in the British Engineers' Association from its formation, and in 1930 was elected President, which office he carried on for six years, and in 1936, his successor, Lord Dudley Gordon, presented him with a gift of silver plate from the Members of the Council.

Sir William also served two years as President of the Association of Engineers-in-Charge, and took a great deal of interest in the work of that Institution.

In spite of all his great activity and the amount of work that he put in guiding his own firm Sir William found time to take part in the activities of his adopted town of Ipswich, serving on the Town Council and almost to the time of his death was a Member of the Docks Commission. Many tributes were paid to the valuable work he did in these connections, where his wide knowledge often enabled great savings to be made in the various undertakings of the corporation.

The above gives a brief outline of Sir William Reavell's work but no account of the services rendered would be complete without referring to the more intimate side of his character and temperament. He had a way of going to the heart of any matter which was under discussion and bringing out the best in all those who collaborated with him, and this sense of appreciation and affectionate regard extended far beyond those immediately associated with him in business so that even men who had met him but once or twice immediately sensed these high qualities which were the secret of his greatness."