Grace's Guide is the leading source of historical information on industry and manufacturing in Britain. This web publication contains 138,114 pages of information and 223,034 images on early companies, their products and the people who designed and built them. 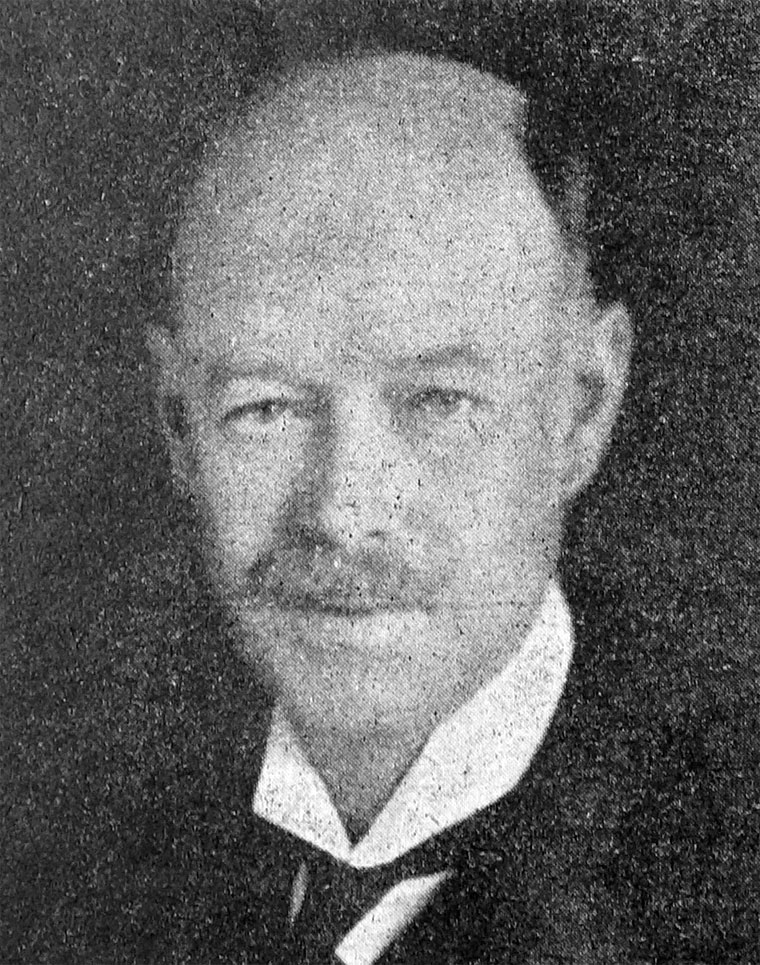 Trained at various engineering works in Glasgow, and then began a career in the aluminium industry.

1894 Through a family connection, joined the newly established British Aluminium Co as its first engineer.

Morrison improved the Hall-Heroult process by trial and error.

1896 The Foyers plant opened, and within a year it was producing one tenth of the world's aluminium.

After 1904 worked on Kinlochleven, six times bigger than Foyers, which involved building a village, a huge reservoir, a power plant, and a smelter.

1918 He was associated with the construction of a factory for the production of alumina at Burntisland, Fife

From 1924 Morrison worked on the Lochaber scheme which involved the longest tunnel of its kind in the world, under the foot of Ben Nevis. The scheme was opened in December 1929.

SIR WILLIAM MURRAY MORRISON. When the late Sir Murray Morrison joined The British Aluminium Company in 1894 the world production of aluminium was some 1,250 tons, and when he resigned in 1944 the capacity had reached some 2,250,000 tons. This increase shows not only the progress of the metal, but also serves as an indication of Sir Murray's career.

Starting as a civil engineer on the construction of Foyers, Inverness-shire works, he ended his life's work as the managing director and deputy chairman of the company which he had been so instrumental in directing to the position it holds to-day.

He was born at Birchwood in the county of Inverness on 7 October 1873, and trained as an engineer at Edinburgh University and at the Glasgow Technical College, where he studied under Lord Kelvin. It has been said that Sir Murray was one of the pioneers of aluminium, and this is true in every respect. At the outset there were only the most simple empirical methods of production of alumina, electrodes, and of aluminium itself, the most crude rolling plant, and an entire ignorance of the properties of the metal and of its alloys. Sir Murray realized that the inefficiencies of the various processes were great obstacles to the production of the metal at a cost which would attract consumers, and as soon as he came into a position where his views would be given attention he insisted on research. As a consequence, The British Aluminium Company had its research work directed in turn by Dr. Richard Seligman, Dr. Bailey, Dr. A. G. C. Gwyer, Mr. G. B. Brook, and to-day by Dr. C. J. Smithells - all prominent in the Institute of Metals.

Sir Murray never lost his keen interest in the technical aspect of the industry, and in later years the managers of the factories were in difficulties, during his visits, as he became so interested in developments which he inspected that his timetable was always delayed. To-day it is difficult to realize the difficulties faced by Morrison in the early days. The production of the Foyers factory, when he became manager there, amounted to only some 400 tons per year—yet even this amount could not be sold. A part of the power available was turned over to the production of calcium carbide, and efforts were made to produce other materials requiring electrical energy—ranging from diamonds to graphite. Funds ran low, and the manager had to find money locally from friends and relations in Inverness to pay the weekly wage bill on some occasions. If a workman broke a hammer he went into the woods surrounding the factory and made a new handle. Wages were about 18 shillings per week for a labourer and 25 shillings for a 60-hour week for a furnaceman. The aluminium furnaces took some 8,000 amperes each, and the consumption, of alumina, electrodes, and cryolite was very great, as the technique of operation was not only crude, but such things as pyrometers capable of standing up to the fluoride of the bath at temperatures in excess of 1000° C. were not available. Ammeters and voltmeters gave incorrect readings owing to the high magnetic fields in the neighbourhood of the furnaces, and were more likely to cause errors in operation than the foremen's examination of a red-hot poker. Sodium was tapped from the furnaces as frequently as aluminium.

Gradually Morrison was able to sort out the reasons for the many troubles. To insist that improved calcination of the alumina would lead to a reduction in the volume of the fine dust blown off to the air when fed to a furnace. To insist that the oil coke from which the electrodes were made should be calcined to reduce the volatile content to the absolute minimum, and thus to reduce enormously the consumption of carbon.

He became, in association with Lord Kelvin, joint technical adviser to the firm, and in 1910 general manager. As from 1904, The British Aluminium Company had under construction its Kinlochleven works, which came into operation in 1907 and which were designed primarily by Morrison, so that they incorporated the experience he had gained at Foyers. Here he was able to erect an electrode factory with the most modern plant available at that time. Furnaces were still of 8,000-ampere size, but about 1915 Morrison started increasing the size, first to 16,000, then to 32,000, and finally to 40,000 amperes when the Lochaber (Fort William) reduction works started operation in 1930. Each increase in size brought about a reduction in consumption of electrical energy and a lessening of labour charges, together with improved control, all leading to a better quality of aluminium.

By 1914, when war broke out, the board of directors of the company, acting on the advice of Morrison to a great extent, had acquired interests in Norway for the production of aluminium, as the power costs were low. This led to a new alumina factory at Burntisland in Fife, to help the original factory at Larne, whose capacity was being strained. Here Morrison was able to turn his attention to the creation of an alumina factory in line with modern ideas and embodying the results of his observations at Larne.

By 1938 the increase in size of the Lochaber reduction works and the increased demand for alumina necessitated the building of a new alumina works at Newport, Monmouthshire. Sir Murray had broadened of necessity from a purely technical man—an engineer—to a business man, but fundamentally he retained always his very great interest in hydro-electric developments and all processes leading to the production of virgin aluminium, and could always be tempted away from pure business to discuss technical matters with his managers and scientific men.

It had been recognized very early by the makers of aluminium in France, Switzerland, and the U.S.A. that if the metal was to sell at all, it was necessary for them to operate their own rolling mills, so that consumers could be given metal ready for use. For many years the rolling mills lost money, and it was really the impetus given to aluminium by the discovery of Duralumin, and by the advent of aircraft, that brought in aluminium fabricators who were not concerned with the making of the virgin metal.

The company, starting with an old mill at Milton (Staffordshire) and the first extrusion press, found necessary a second mill at Warrington, as the demand grew, and Morrison came into this picture as well. He did not pretend to know the details of rolling, but was insistent on discussing the planning of lay-out. In fact, his technical department found him difficult to deal with, as he was firmly of the opinion that more companies had run into financial difficulties through too much expenditure on bricks and mortar than from other causes. He therefore required a great deal of convincing that space was necessary between machinery to handle the bulky products.

The 1939 war brought about an increase in the capacity of both Warrington and Milton, and led to the construction of a large new mill at Falkirk in Stirlingshire. It gave great satisfaction to Sir Murray that this mill had been set up in Scotland at the request of the Ministry of Aircraft Production, because he had then created for his beloved Scotland a complete industry, starting from alumina and ending with the rolled product.

During the war a factory was erected for the Ministry of Aircraft Production at Latchford, Wimington, for the production of aluminium powder required for use in explosives and for the treatment of scrap resulting from the large aircraft industry. Apart from the increase in number and size of the factories in Great Britain and in Norway, Morrison was instrumental in developments overseas, ranging from virgin-metal production to finished products, all of which linked up with the activities of the company and were necessary to protect the company, and in 1933 he was made a Commander of the Order of St. Olav of Norway.

He was knighted in 1947 for his services to Great Britain.