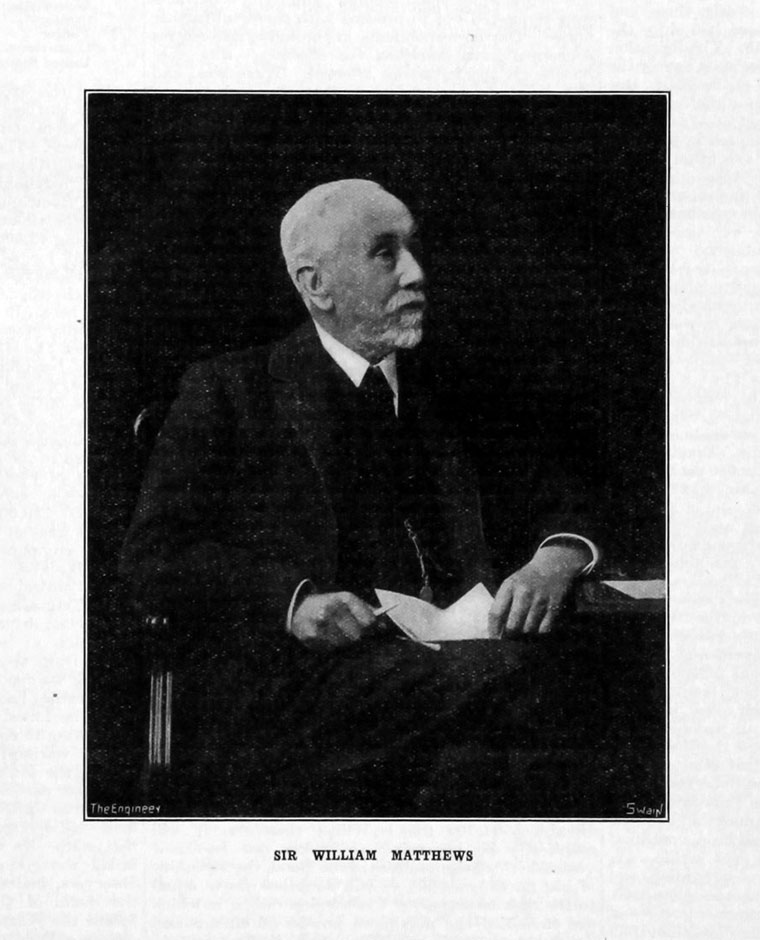 "A distinguished member of the engineering profession has been lost by the death of Sir William Matthews, which took place at his house in Hampstead on Sunday evening last. Sir William had been in indifferent health for some time, and about eighteen months ago he, on the advice of his doctor, gave up active work.

William Matthews was the elder son of the late Mr. John Matthews, his younger brother being Sir Thomas Matthews, until lately chief engineer to the Trinity House. He was born at Penzance, of which his father was town surveyor, on March 8th, 1844, and he was therefore approaching the completion of his seventy eighth year. After receiving his early education privately in Cornwall, he entered his father's office at the age of fifteen and remained there for a couple of years. He then spent a year (1861-2) in the drawing office of Messrs. Sandys, Vivian and Co engineers, of Copper House, Hayle, near St. Ives, in Cornwall, a firm which, at that time, had a considerable reputation as makers of heavy pumping and mining machinery..."