Grace's Guide is the leading source of historical information on industry and manufacturing in Britain. This web publication contains 138,150 pages of information and 223,038 images on early companies, their products and the people who designed and built them. 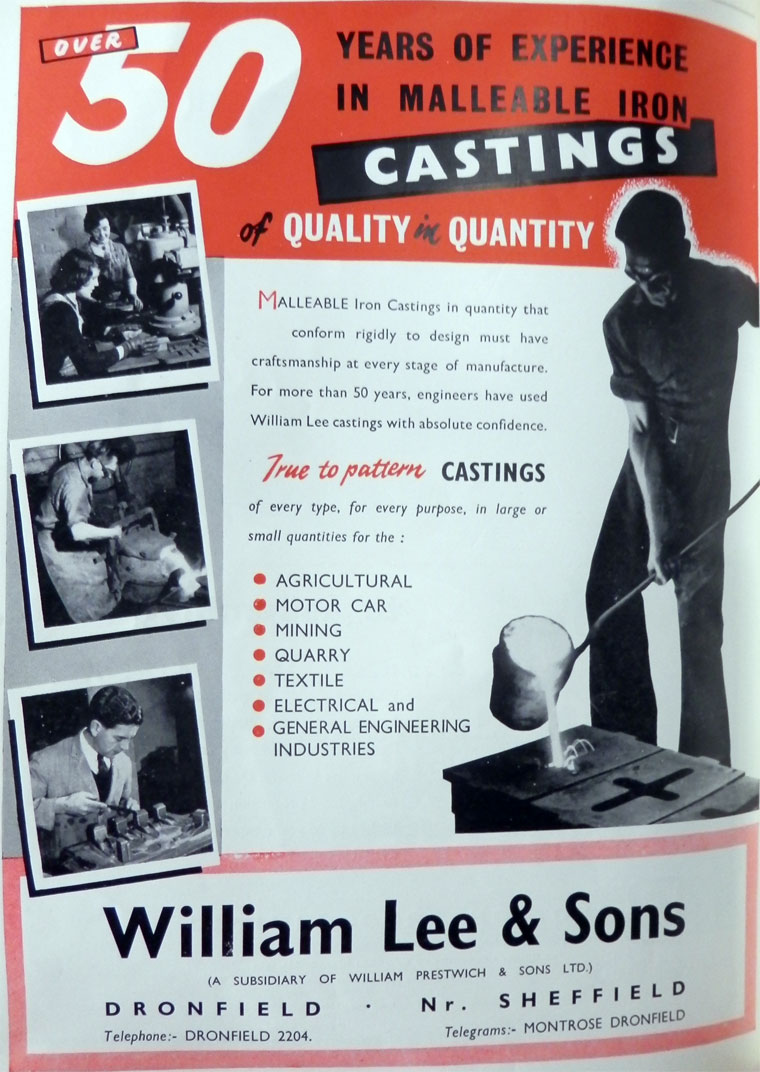 Malleable iron founders and machinists, manufacturing of parts principally for the agricultural industry. of Dronfield.

1860 Began as a family business at Montrose Works, Sheffield, some 6 miles north of its present site in Dronfield, North Derbyshire.

1870 The association with Dronfield, the town where Samuel Lucas had in earlier years carried out the U.K.'s pioneering work on the production of Whiteheart Malleable Iron came in 1870

1901 Move began to its current site on Callywhite Lane.

c.1924 Involvement in the business by members of the Lee family ceased

1924 Acquired by William Prestwich and Sons

The production of malleable iron castings continued almost to the exclusion of other materials until the mid 1970's when spheroidal graphite iron (S. G. Iron) was introduced.

Over the next 26 years, many existing malleable iron parts were converted to S.G. Iron

1991 Acquired by Castings Ltd. Since then, three foundries on the site have been completely re-built and further major changes made including the elimination of cupola melting.

By 1996 all remaining malleable iron work had been transferred to the parent company's foundries in Brownhills, West Midlands.