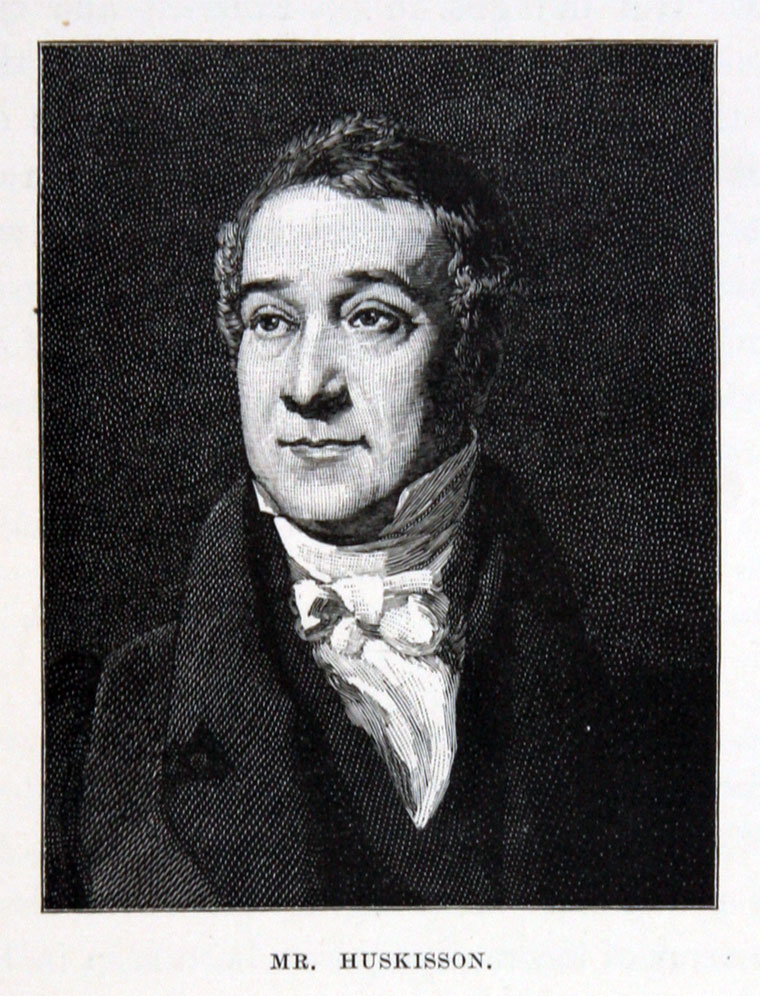 William Huskisson (11 March 1770 – 15 September 1830), was a British statesman, financier, and Member of Parliament for several constituencies, including Liverpool. He is best known today, however, as the world's first railway casualty, having been accidentally killed by George Stephenson's locomotive engine Rocket at the Rainhill Trials.