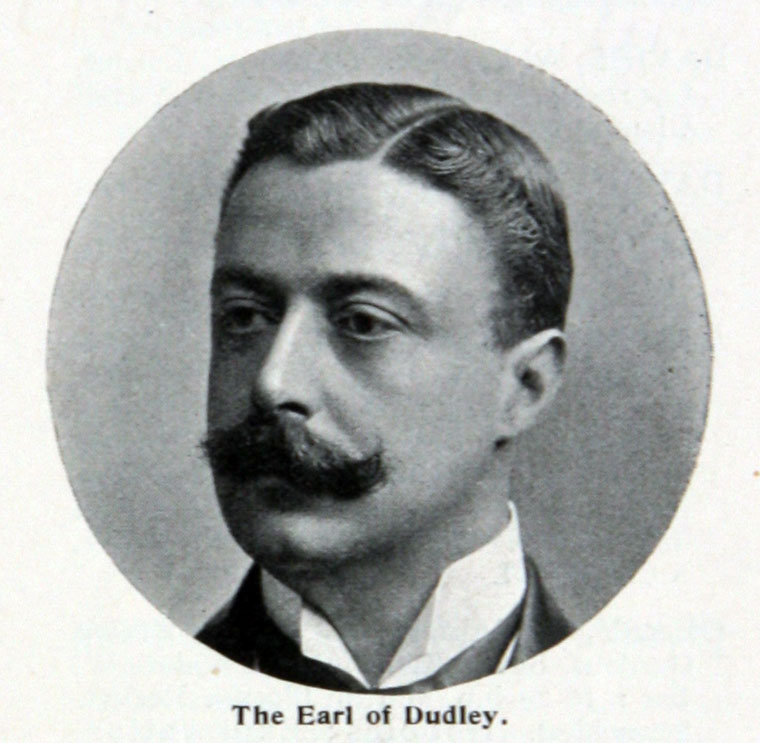 1885 When his father died he inherited nearly 30,000 acres (120 km2) of mineral deposits in Staffordshire and Worcestershire, two hundred coal and iron mines, several iron works (including the Round Oak Steel Works) and a substantial fortune, as well as the Earldom.