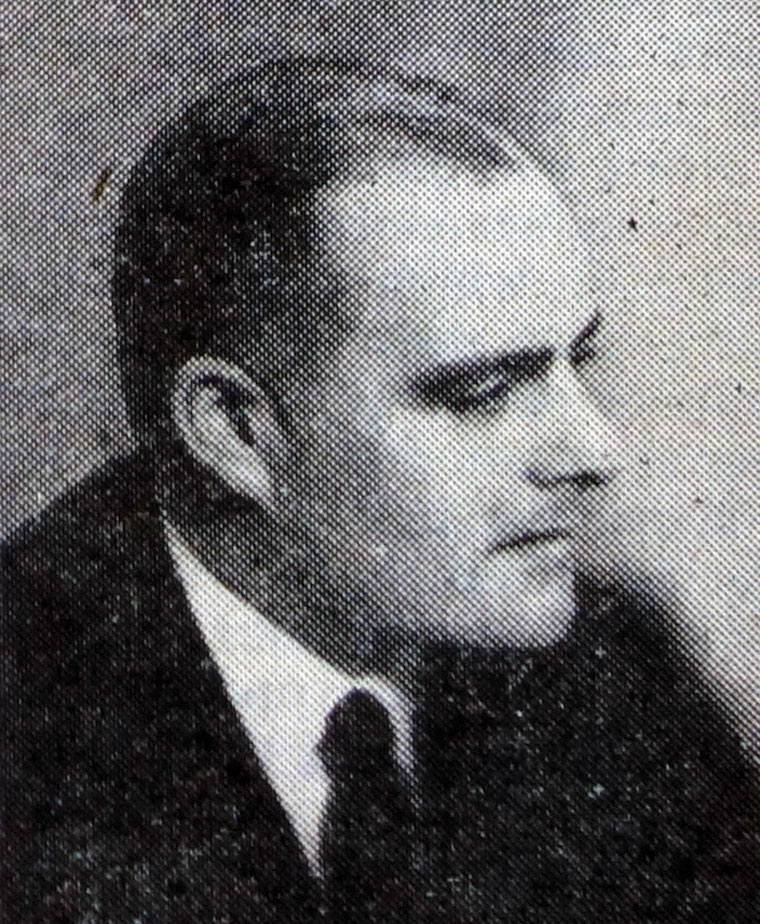 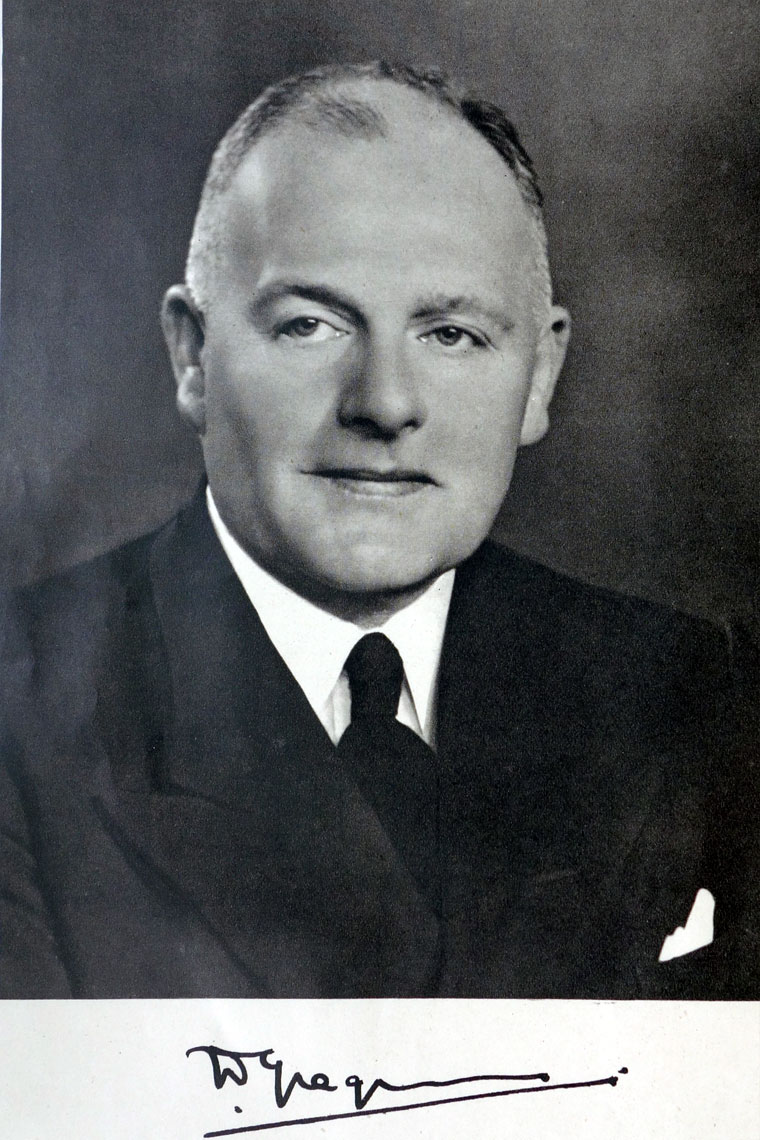 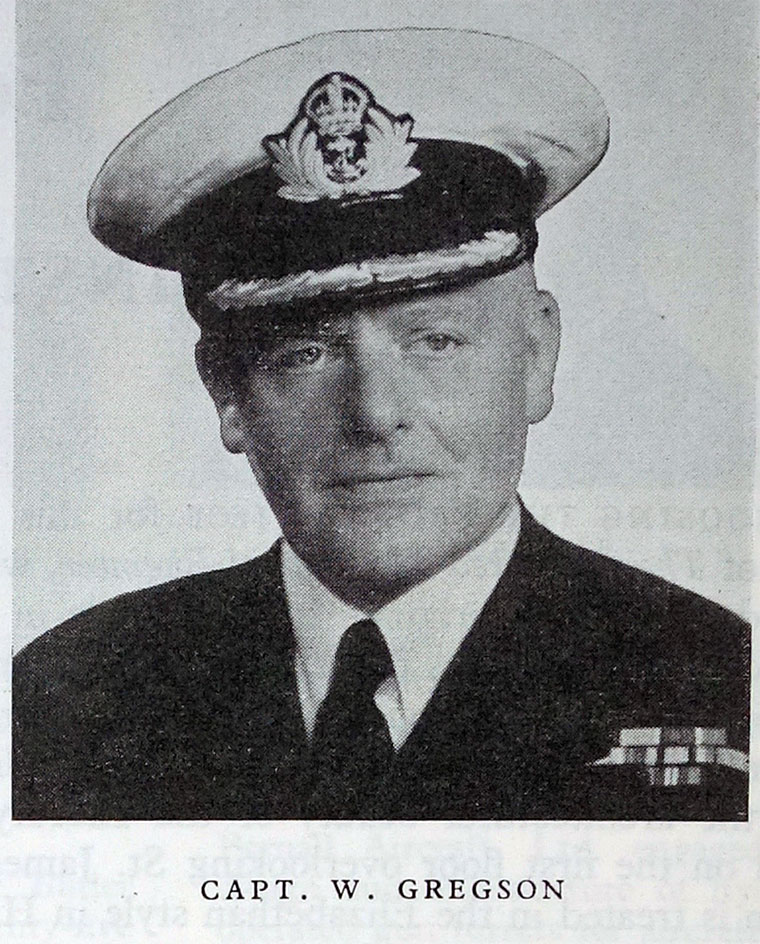 Major GREGSON, who is a Vice-President of the Institution, received his technical education at the University College of South Wales and Monmouthshire, Cardiff, and served his apprenticeship at North Blaina (afterwards absorbed by the Ebbw Vale Company).

After experience at sea and in various branches of mechanical engineering, he served with the Royal Engineers in the war of 1914-18 and was for one period associated with the Channel ferries.

In 1920 he joined Messrs. Spencer-Bonecourt, Ltd., as chief engineer, and soon after the absorption of Messrs. Spencer-Bonecourt into the Babcock and Wilcox group in 1927, he became (with Engineer Rear-Admiral W. M. Whayman, C.B., C.B.E., M.I.Mech.E.) joint head of the marine department of the parent company, taking over sole control on Admiral Whayman's retirement.

Major Gregson has been closely associated with the development of modern steam technique at sea, including the development of mechanical stoking and oil-firing equipment. In addition to his duties as marine manager of Messrs. Babcock and Wilcox, Ltd., he is technical director of Edwin Danks and Company (Oldbury), Ltd., Spencer-Bonecourt, Ltd., and the Clarkson Thimble Tube Boiler Company, Ltd.

He is a member of the Founders' Company, a freeman of the City of London, and a Derby Gold Medallist of the Liverpool Engineering Society.

The PRESIDENT said that it gave him great pleasure to welcome to the meeting that evening Captain (E.) William Gregson, R.N.R., M.Sc., who had recently been elected an Honorary Member of the Institution, and he asked Dr. Dorey C.B.E., Wh.Ex. (Past-President), F.R.S., to give a citation.

Dr. S. F. DOREY said that Captain Gregson, who had been born in North Monmouthshire, had received his technical education at the University College of South Wales and Monmouthshire, Cardiff, and had obtained the degree of M.Sc. (Wales). He had served an apprenticeship at North Blaina, later absorbed by the Ebbw Vale Company, and subsequently obtained experience at sea, and in various branches of mechanical engineering. During the 1914-18 war, he had served with the Royal Engineers, and for a period had been associated with the Channel Ferries. He had joined Spencer-Bonecourt, Ltd., as chief engineer in 1920 and, following the absorption of the firm into the Babcock and Wilcox group in 1927, he had become the joint head of the marine department of the parent company. Subsequently he had taken over full control.

Captain Gregson had been closely associated with the development of modern steam plant for marine use, including equipment for mechanical stoking and oil-firing. He was chairman of Spencer-Bonecourt, Ltd., and technical director of Edwin Danks and Company (Oldbury), Ltd., and other Babcock and Wilcox subsidiary companies. He was a member of the Scientific Advisory Council to the Ministry of Fuel and Power and also served as Chairman of the Advisory Committee on Fuel Economy to the Minister of Fuel and Power. He was a member of the Founders Company, a freeman of the City of London and a Derby Gold Medallist of the Liverpool Engineering Society. He delivered the Fourteenth Thomas Lowe Gray Lecture in 1942 and had been a Member of Council as an Associate Member from 1928 to 1931, and as a full Member from 1937 onwards. In 1943 he had become a Vice-President, and he had been elected President in 1948. He had served on the Council as a Past-President from 1949 to 1953. From that it would be gathered that Captain Gregson had served on the Council of the Institution for no less than twenty-five years.

It had been his pleasure to know Captain Gregson for many years. On the occasion of Captain Gregson's Thomas Lowe Gray Lecture he had referred to the fact that he did not usually associate Majors with marine engineering! By the time he had delivered his Presidential Address, Major Gregson had become Captain Gregson, R.N.R. ! He had met Captain Gregson in many walks of life, not only in relation to technical matters but also where he felt best at home, on the floors of stokeholds or, as he believed they were now called, boiler rooms.

It gave him much pleasure to present to the President Captain William Gregson, Honorary Member of the Institution.

He looked back over the previous twenty-five years with a great deal of interest and pleasure. Those years had represented a period of tremendous advancement for the Institution. Apart from the big increase in membership, the professional engineer was at long last obtaining his proper position in the economic set-up and the social life of the country, owing largely to the enormous amount of work which had been put in by the Institution and its two sister Institutions, the Institution of Civil Engineers and the Institution of Electrical Engineers, particularly during the previous quarter of a century.

Having left the Council, he could now look back reasonably objectively over those twenty-five years. As far as members of the Institution were concerned they had been years of progress.

All three Institutions realized the great advantages of co-operation and appreciated that they were all working for the advancement of their profession and the attainment of what they sought to achieve under their by-laws. They had had increasingly close co-operation which had been of benefit to all and particularly to the engineering profession.

The 1939-45 war had placed a tremendous burden on the Institution, and he often wondered whether the membership realized just what work the Institution had done. A working party had been formed at the Institution to pick not only appropriate men for the Services but also men for Ministries and industries. In addition, some members were immediately appointed to very high-level positions, and they acquitted themselves well.

After the war the Institution had been very much in arrears with its publications. There had been thousands of pages of technical information waiting to be published because so much had been done during the war in advancing engineering technology, and a great effort had been required to catch up with the arrears caused by the war.

At about the same time, another activity had been started —the meetings arranged with sister technical Institutions in the Western European countries, in the Colonies and in the United States. The idea had been started some few years before his own presidency, but when he had been in the Chair he had had the honour of working with the then Presidents of the Institution of Civil Engineers and of the Institution of Electrical Engineers as Chairman at the first conference, which had lasted a week. They had then been treading on almost unexplored ground, but they knew exactly what they wanted—to achieve for engineers the same high status and high degree of training in all the civilized countries, so that if a qualified man went from Great Britain to another country he would be accepted there on the basis of the United Kingdom qualifications; and in the same way, a man from another country having those qualifications would be accepted if he came to Britain because it would be known that he could honestly be said to be a trained engineer. It could be taken that progress in that direction was definitely good.

The last event of note during his term of office had been the acquisition by the Council of the freehold of the building.

Although he was an Honorary Member of the Institution, he hoped still to be able to take part in discussions. He felt that on leaving the Council he could say, as the look-out used to say in the days of the sailing ships, 'Lights burning bright, and all's well!'